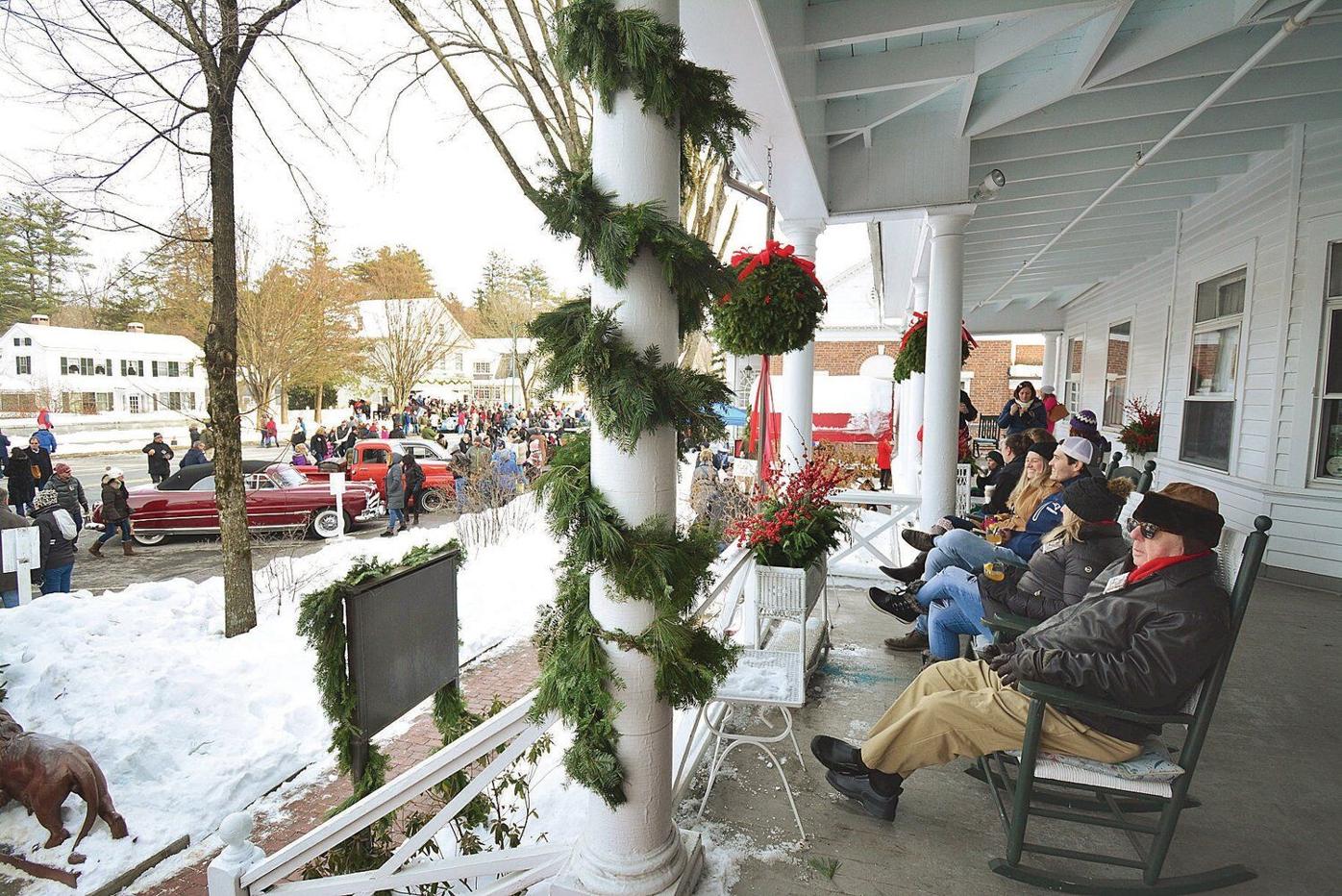 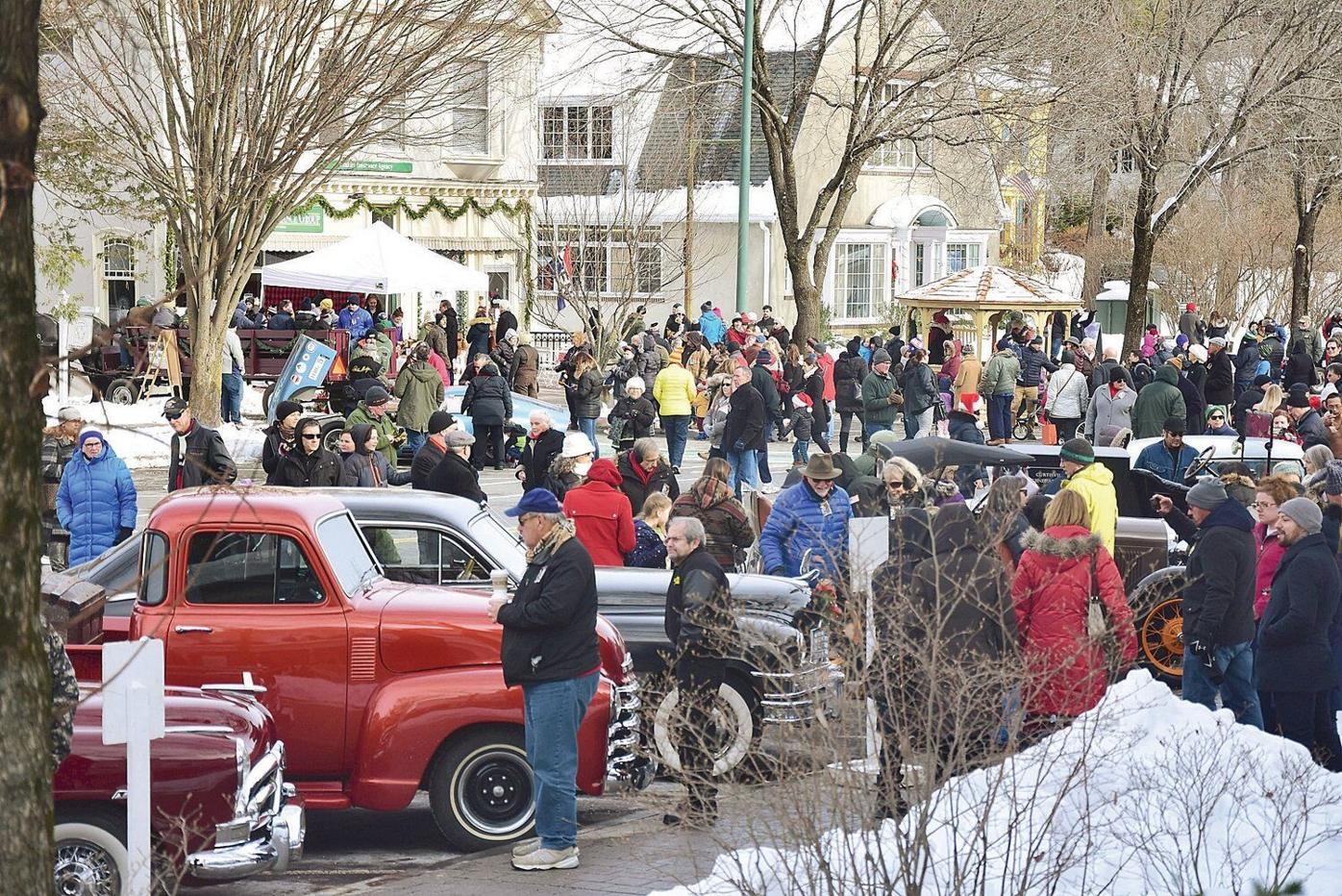 STOCKBRIDGE — Sleigh bells ringing, they couldn't say what part of the festival they liked best. Or why a Norman Rockwell Christmas-bedecked town made them dust off that old fedora. Or break out the tweed or the pipe, from which the smoke fled in a frigid blast as they sauntered down Main Street.

Or why they put their dogs in Christmas sweaters. The day was a paw-freezer, for sure.

Could it be the deep red Hudson Twin-H-Power Hornet convertible parked in front of The Red Lion Inn? Or the black '47 Plymouth Special Deluxe with extra chrome?

When pressed, visitors to the Stockbridge Main Street at Christmas festival on Sunday admitted that really they came to travel back to what appears now as a more wholesome era. The days of the tipped hat, the door held open.

"Simple values and just people being polite and happy," said Ralph Meliso, visiting from Shelton, Conn., where he works for an insurance company.

Jeffrey Tucker, of Great Barrington, said we are searching for a respite from the way things are now.

"It's something to do with exhaustion from the digitization of life," he said, adding that the 20th-century era that Rockwell captured has a strong spirit.

"We wonder what it is that America does well — we did this really well," he said.

Sharni Cutajar, who was visiting from Perth, Australia, called it the "heart of the United States."

The 30th annual event that recreates Norman Rockwell's "Stockbridge Main Street at Christmas" was part of the town Chamber of Commerce's "Home For the Holidays" weekend of events to officially kick off the holidays here at Christmas central in the Berkshires.

The Mercury Montclair with the Christmas tree strapped to the top was the most popular selfie and group shot backdrop.

The young ones were impressed with the cars.

Jennifer Crews held Rocky, a Chihuahua miniature pinscher, warm and tight in a baby pack. She and her husband, Mat Cusack, recently relocated to Lenox from New Jersey to slow everything down — not quite to Rockwell speed. They still work for the same companies, only remotely.

"Every time we came up here we felt so peaceful," Crews said.

Meanwhile, their daughter, Josephine Cusack, 7, was in a mad search for hot chocolate and candy canes. She stopped, having honed her observations about the festival.