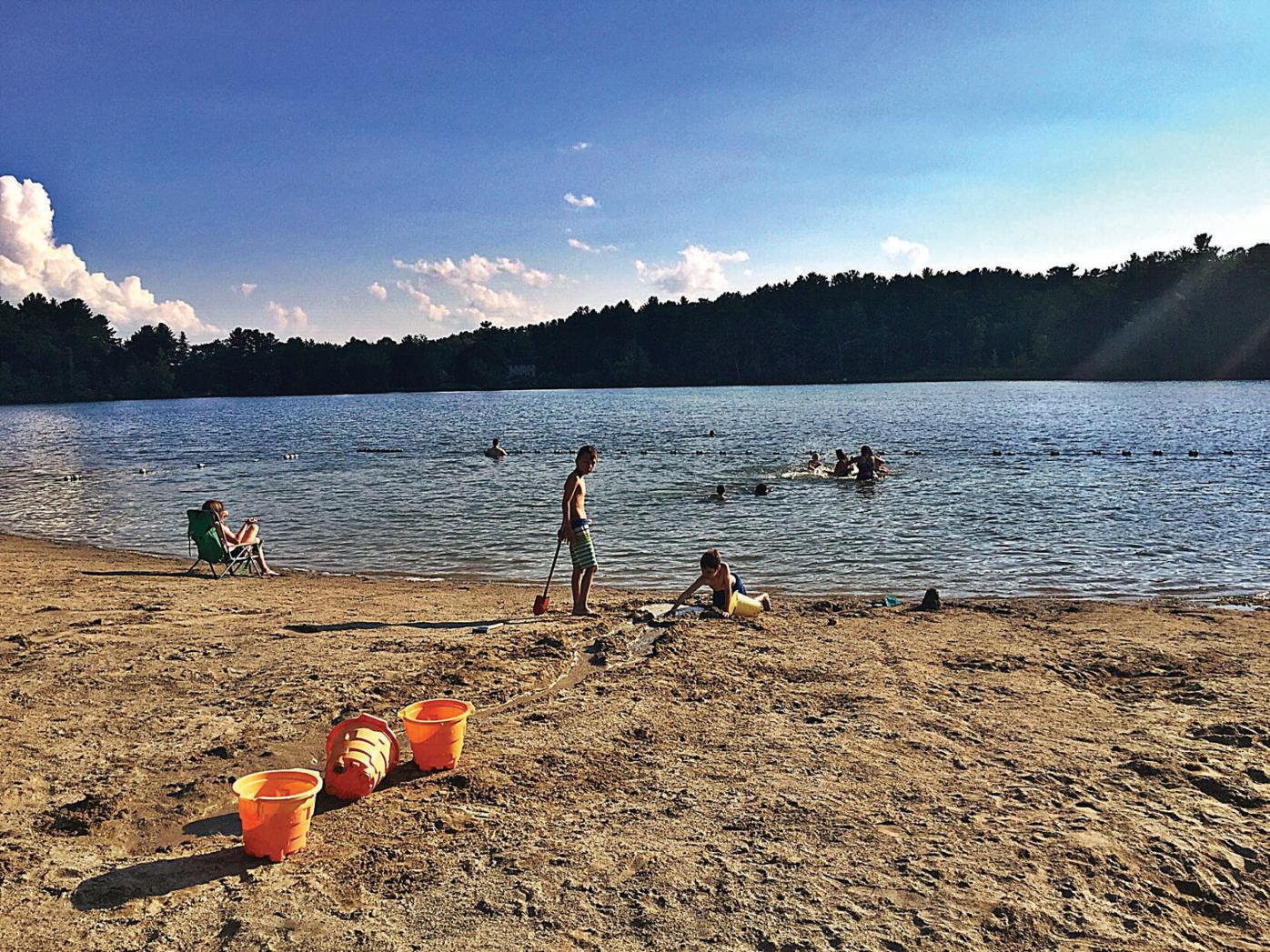 Children play and swim at Lake Mansfield beach in Great Barrington. State regulations require towns and cities to test beaches for E. coli every week during the swimming season. 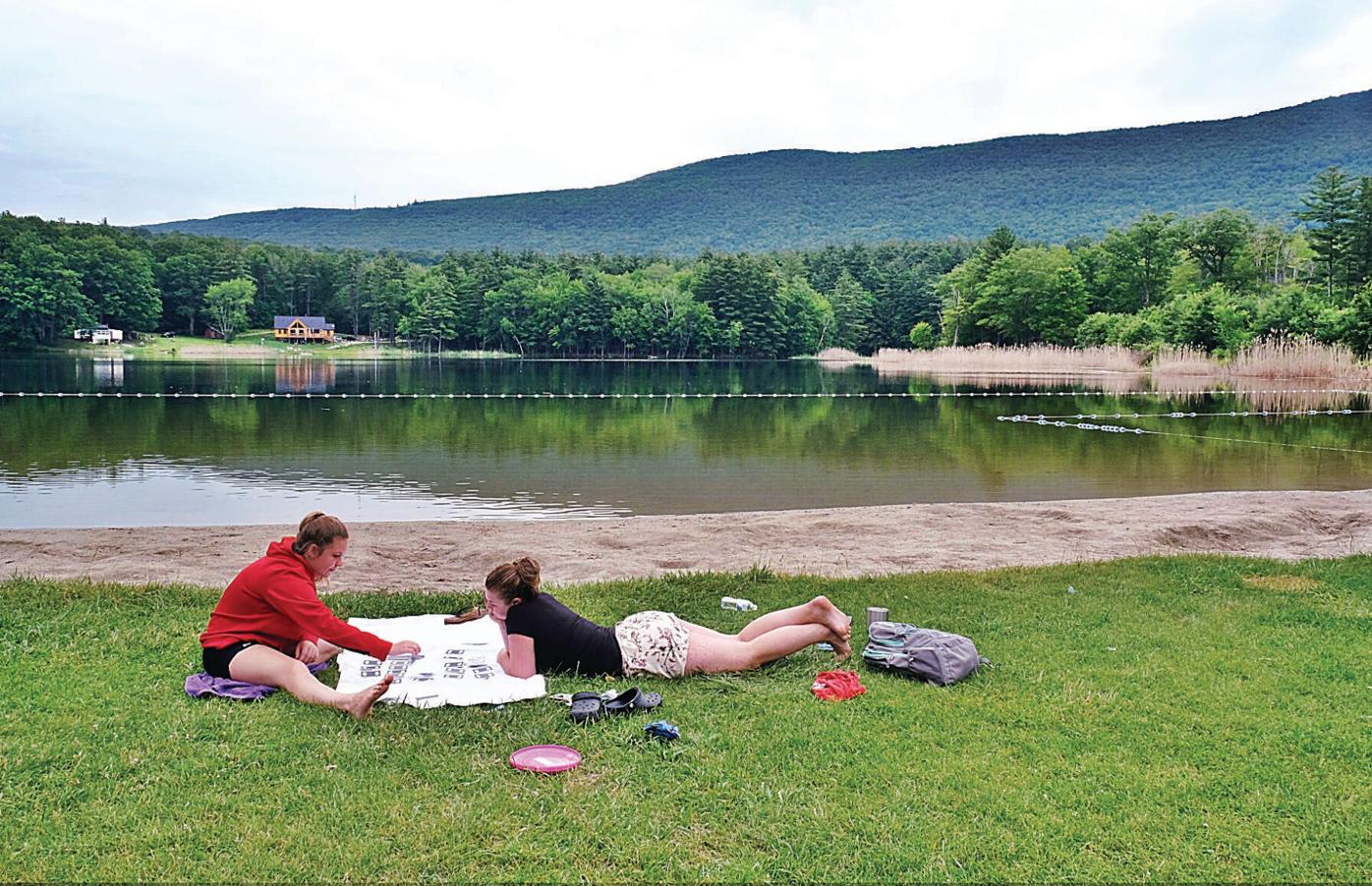 Children play and swim at Lake Mansfield beach in Great Barrington. State regulations require towns and cities to test beaches for E. coli every week during the swimming season.

All contribute to potential — and invisible — health threats lurking in Berkshire County's lakes and ponds.

But so far this summer, tests of water quality offer reassurance. The state sanitary code requires cities and towns to test public and semi-public beaches weekly for Escherichia coli, or E. coli, during the swimming season.

At 31 popular beaches in 10 Berkshire County communities, E. coli results jumped occasionally at some, and only twice reached the state's threshold that prompted temporary closures, including at a private beach in Becket, according to data gathered by The Eagle.

Despite some elevated E. coli counts, many samples this summer came up completely free of the bacteria. A lake can have a high count one week and almost no detectable E. coli the next.

E. coli is found in human and animal feces. According to the Centers for Disease Control and Prevention, most E. coli strains live normally in the intestinal tract and are harmless.

But the CDC says some strains can cause illness ranging from mild gastrointestinal problems to severe respiratory illness or kidney failure.

All the public health officials interviewed by The Eagle said runoff from livestock farms was one big culprit in the county. "Goose poop" was another.

Another major contributor to elevated E. coli is beach use itself.

"It depends on how many [kids]. Diapers leak."

Local health departments will shut public and semi-public beaches when water tests find more than 235 colony forming units, or CFU, of E. coli per 100 milliliters of water, according to Andy Cambi, City of Pittsfield's senior sanitarian.

Another measure used to detect E. coli levels in a sample is MPN, or "most probable number." That is a different testing process, but because the same amount of water is being measured, MPN and CFU are interchangeable, according to Jay Racela, an environmental science technical assistant at Williams College.

The state also requires towns to watch for consistently elevated E. coli levels. If counts are too high, a warning sign goes up to alert swimmers.

Tri-Town Health has its own lab, where it tests water samples for 11 beaches in the three towns and also tests water at Tyringham Pond.

Saunders and other health officials said they follow a standard of observation during sampling, looking at things like water clarity, temperature, recent rainfall and "bather density."

And Saunders said runoff from heavy rainfall on surrounding land can raise E. coli levels, like flash flooding seen in Lanesborough last month, the likely cause of a several-day beach closure on Pontoosuc Lake, according to the town's health department. The town health inspector could not be reached to provide data, however.

But lack of rain can also lead to spikes in bacteria. North Adams City Administrator Michael Canales said last summer's drought caused Windsor Lake to become "stagnant" and E. coli levels to rise. The lake was closed once as a result.

"Considering all the rain we've had [this July], there hasn't been an elevated level," said Rebecca Jurczyk, who works in the Great Barrington health department.

Great Barrington is the only municipality out of 10 that also tests a privately owned swimming hole at the Green River off Route 23. The spot, which abuts farmland, is so popular, Jurczyk said, that the town tests it even though it doesn't have to.

E. coli results at Pittsfield's 10 public beaches have not come close to the threshold level. Nor did water in most of the other towns, including Stockbridge's seven public and private beaches.

But Windsor Lake in North Adams came the closest to closing when it tested at 214.3 CFU on June 7, nearing the state threshold of 235.

According to Jessica Perotti, Becket's administrative assistant, several of the town's semi-public beaches have come up with high E. coli levels this summer and were temporarily closed. Perotti declined to identify these beaches out of respect for their owners, she said.

Saunders said there isn't much anyone can do to control E. coli at town beaches.

She said the association at White Pines condominiums tried by putting up a fence to keep the geese off the beach. "It's helped," she added. "But geese will keep swimming."

And Oram said the best solution is to let vegetation grow around ponds and beaches. Ducks and geese like open spaces with no visual obstructions, he said, so they can see predators coming. Denser foliage makes them feel less at home.

Saunders said testing the water is the only way.

"You can't put anything into the water," Saunders said. "You can't shock the pond or the lake. It's just monitoring."

Condominium association and camp beaches have to be tested, too, if they want to maintain municipal-issued beach permits.

"I'm very happy to know that," said Great Barrington resident Angela Moro, who was watching two of her three young boys play on the town beach at Lake Mansfield.

Like Moro, Amy Katz, of Great Barrington, was pleasantly surprised about the testing. "What worries me is the kids," Katz said at water's edge, closely supervising a group of children.

"Sometimes this place gets so overcrowded that it makes me nervous," she added.