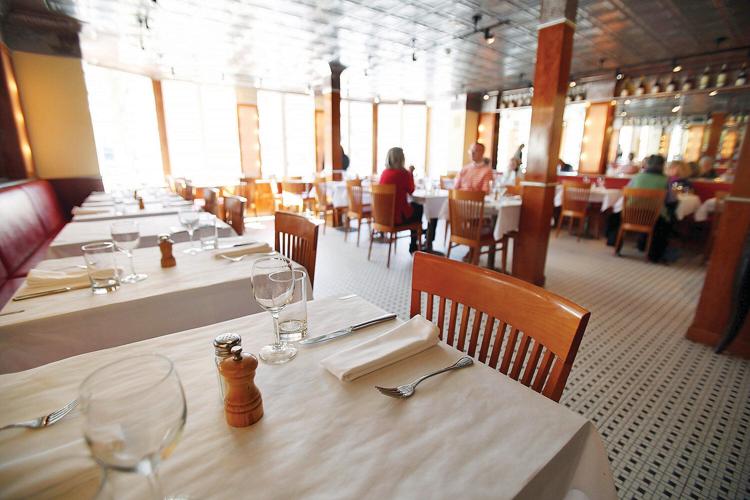 Cafe Lucia in Lenox has been open for 35 years. 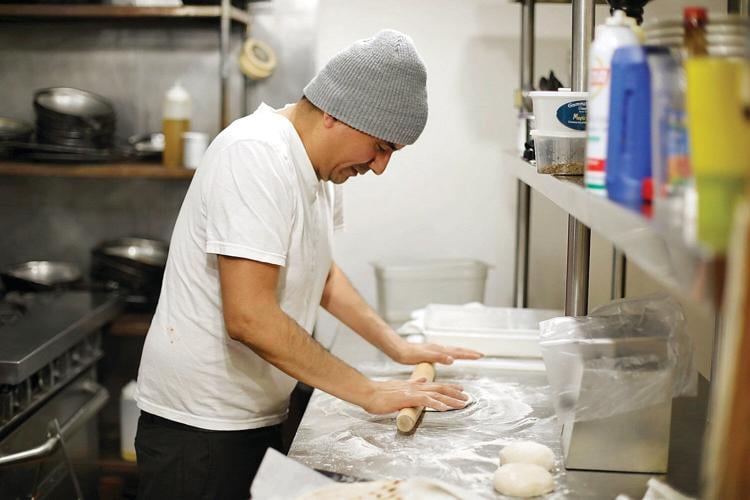 Cafe Lucia in Lenox has been open for 35 years.

LENOX — Opening a new restaurant is a nail-biting undertaking. Several ventures in town have failed within the first several weeks or months in recent years, reflecting national studies showing that up to 90 percent of nonchain eateries close during the first year, and the rest have an average five-year life span.

But on Restaurant Row in the downtown historic village, where competition is strong and business is still fairly seasonal, two long-term establishments have marked anniversaries under the same name and ownership.

Cafe Lucia, co-owned by Jim Lucie and Nadine Atalla and opened 35 years ago, and Bistro Zinc, operated by owner Jason Macioge since Jan. 28, 1999, count on repeat business from loyalists, an appeal to locals, consistency, favorable online reviews and a dedicated staff despite hiring challenges as key ingredients for long-term survival.

"When we first opened this place up, there was nothing like it in the area in terms of design and the concept," Macioge said. "We definitely came at the right place at the right time, so we really nailed it and we were surprised at the success we had. It exceeded my expectations, above and beyond."

"We've been very consistent with our hours, we close only two days a year, Christmas and Thanksgiving," he added. "We've had our ups and downs, like all places do, and we had a few recent years of no growth at all."

At Cafe Lucia down the street, "We've stayed the course," Lucie said. "We're nothing if not consistent and people don't want an adventure."

As Atalla noted, "For 30 years maybe, certain people have come in and ordered the same dish. They don't want things to change too much."

However, Lucie said, he felt the need to "change it up" by building a new casual bar, expanding the dining patio and freshening the dining room decor "so people see something new and have a sense of revitalization."

He describes the staff as a "family culture," with several whose parents worked for the restaurant. The head waitress, Stacey Pease, has been at Lucia for 22 years, right out of college when she started as a reservationist.

The restaurant has held a special appeal for Tanglewood luminaries such as Seiji Ozawa, Leonard Bernstein, John Williams, Andre Previn and many Boston Symphony staffers, ever since a 1985 New York Times article listed it as Ozawa's preferred dining spot.

"Yes, we get the celebrities," Lucie said, "and not just from the music world. But we've been very fortunate, and our general clientele is very special, with their extremely well-educated palate. It's like a supper club."

"There are nights when all the customers know each other," Atalla added. "When John Williams comes back to the Berkshires, on his first night he always comes here and tells us, `It's just like coming home.'"

In November 2016, following an eight-year winter hiatus, Lucie revived off-season dining with a more accessible "winterlude" menu offering lower-price choices such as pizza and hamburgers, "Lasagna Wednesdays," and half-portions of regular menu favorites aimed at local clientele seeking a night out "and not have to break the bank to do it," he said.

"You have to keep it fresh and vital," he said, "but there's a basic core menu that you fill in around the edges with the daily specials, while being true to what you're doing, so our style of regional Italian food always has been simple and ingredient-driven."

In the earlier years, Lucie recalled, there was "no gluten-free," less concern about food allergies and farm-to-table had not been adopted as a culinary slogan, though "we were doing it without branding it from the start."

Describing the couple's style as "hands-on, sometimes almost micro-managers," Lucie pointed out that "it's a physical and a mental business, it's taxing on multiple levels, like being afloat in the ocean, riding the wave, with recessions every few years."

Atalla, who joined the restaurant in 1993 and is married to Lucie, said while the business is run as a family with chef Patricia Boyle (from the former Church Street Cafe), "our customers become also part of the family, with so many regulars who are greeted warmly. There's something special about that."

Lucie, 75, plans to continue "as long as I feel I'm able to do it since there's a real plus to being around younger people" despite a "love-hate relationship with the summer, you fear it, it's hectic, it's taxing."

Bistro Zinc renovated the spacious bar area and added displays of his personal art collection, Macioge said. Now, seating there is the first and only choice for many patrons.

After plateauing from 2012 to 2015, the past three years have seen 10 percent annual growth at the restaurant, he pointed out. "It totally blew me away; it was fantastic."

Menus centered on hearty French and ecletic bistro cuisine change with the seasons, with certain "must-have" favorites retained. But prices remain the same year-round, with no deals offered. "I have a theory on not discounting," said Macioge, who believes customers who come to restaurants on discount nights don't become regulars.

Over the past two decades, he said, "people have become more and more demanding. We try to be as accommodating as possible."

But the biggest change has been the impact of online reviews by customers on Trip Advisor, Yelp and similar sites, Macioge said. "But I've found that people will write scathing reviews, even if they haven't eaten at the restaurant."

According to Macioge, "the top 10 on Trip Advisor flip around quite a bit, and some people do things to get reviews, I don't know how they do it. There are restaurants around here, if they get a bad review, they'll do whatever it takes to get those people to take down that review. We will never ask a bad review to be taken down, if we get one, I want people to see it."

"We do have our struggles with it," he acknowledged, "and it has been very difficult over the past two years, but now it's even harder."

Macioge cited the expansion of the legalized marijuana industry, especially dispensaries, as significant competition for restaurant staffing. "It's going to have a huge, dramatic effect on everyone around here," he said.

Looking ahead, Macioge flagged labor as the greatest ongoing challenge.

"It's going to get worse and worse," he said, pointing to heightened competition for employees from expanded resorts such as Cranwell, now being transformed into a high-end Hyatt-Miraval resort.

On the other hand, he said he has assembled a staff that prefers a noncorporate atmosphere.

"The staff here is so close; they're truly a joy to come in and spend time with every day," he said. "I consider them my peers. I still come here seven days a week, and I love it. I look forward to arriving every morning with my two new Bassett hound puppies, Bunny and Beaumont."

Macioge, 48, calls the restaurant business "a young person's game" and admitted that he has thought about selling Zinc and his other place, Betty's Pizza Shack, "but then I'd be bored out of my mind; I'd have nothing to do. I'd love to keep going."