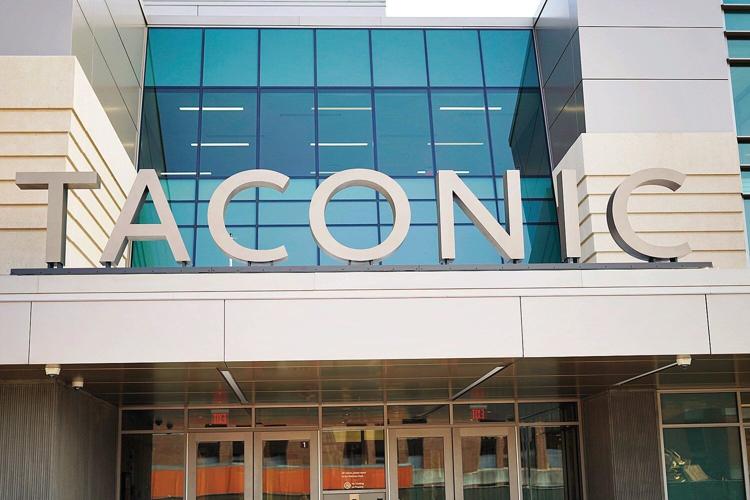 Some alumni of Taconic High School are pushing back against a decision to retire the Braves mascot/nickname. While the Pittsfield School Committee accepted a petition from opponents and heard them out, members are holding firm. 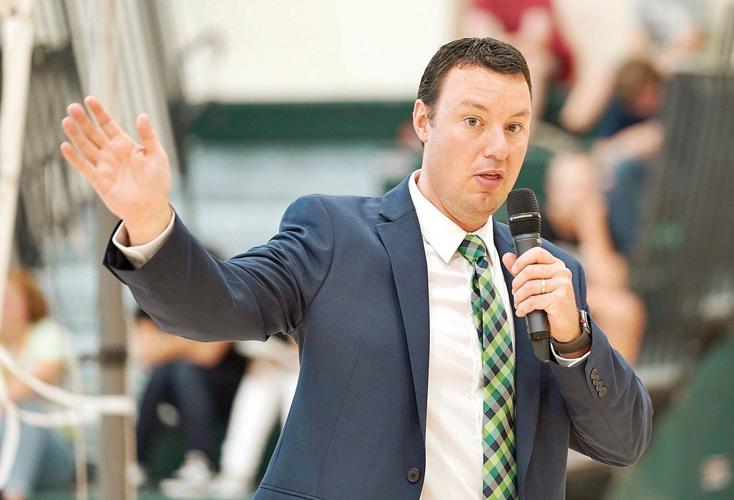 Principal Matthew Bishop has been charged with leading the effort to find a new mascot/nickname for Taconic High School. He has pledged to lead a wide-ranging, community-involved process.

Some alumni of Taconic High School are pushing back against a decision to retire the Braves mascot/nickname. While the Pittsfield School Committee accepted a petition from opponents and heard them out, members are holding firm.

Principal Matthew Bishop has been charged with leading the effort to find a new mascot/nickname for Taconic High School. He has pledged to lead a wide-ranging, community-involved process.

The Pittsfield School Committee on Wednesday listened to pleas to reconsider its decision to strip the Braves mascot/nickname from Taconic High School, but members stood firmly behind their decision.

By a unanimous 7-0 vote, the School Committee voted to accept a petition from opponents of the change. It declined, though, to commit to actions contained in the language of the document.

The petition called on the School Committee to "hold in abeyance the enforcement of their vote to abolish the school name of the Taconic 'Braves' " until two things occurred: The first was the state Legislature passing a bill that would eliminate the use of all Native American nicknames or mascots at any school in the state; the second was to make sure the committee "appropriately advertised on the School Committee agenda, to allow Pittsfield citizens ... a fair opportunity to speak about the matter."

The School Committee voted last month to remove the Braves mascot from Taconic, in favor of a to-be-determined new mascot. The committee's decision rested on the idea that the Braves mascot does not honor Native Americans. No timeline was given on when a decision will be made about a new nickname.

The decision triggered an outcry among Taconic alumni, who say the committee did not give ample notice of its intention to vote on the name change. And they argue that the name "Braves" is not in the same realm as the more overtly racist names like "Redskins" and is, in fact, a name chosen with honor.

James Massery, a former city councilor, reminded the committee of the compromise several years ago in which the school removed Native American imagery from the logo.

"If we were the Redskins, we would agree with [the committee's decision]," Massery said. "And the reason none of us pushed back after the [Native American logo] was removed was because we felt it was a fair argument, so, we did a compromise."

And he drew a connection to Herman Melville's estate in Pittsfield, which Melville named in honor of the Native American artifacts he dug up while farming on his land.

"Unfortunately, now we have a double jeopardy situation, where we are being put on trial for the same crime," he said, "and the crime is nothing but doing exactly what Herman Melville did; he found arrowheads on his property and he named his property Arrowhead."

While the majority of callers during the public comments section were against the name change, a Taconic teacher called in to support the School Committee.

"I'm asking you to stick by your decision to change the school's mascot," said Kelly Cusson, who teaches French. "A Native American mascot is racist because it is a stereotype based on race. Whether it is positive or negative, the stereotype is harmful because it blocks true understanding of native peoples. Not only of their history and cultures, but who they are today."

During the committee's discussion about the petition, Chairwoman Katherine Yon noted that the committee made the correct, if difficult, decision.

"I think people feel very strongly about being a Brave, and some people think we are canceling history somehow, we are wiping out history," she said. "I don't think that's the case at all."

Yon indicated that Taconic's principal, Matthew Bishop, will lead the charge on finding a new nickname, and that he has expressed a willingness to lead a wide-ranging, community-involved effort to do so.

"I think there are ways to move forward here and [reach some form] of a compromise," Yon said. "It might not be the mascot or the name of the team, but there will be other ways to honor Native Americans at Taconic High School. Mr. Bishop has been thinking of ways to move forward."

Geoff Smith can be reached at gsmith@berkshireeagle.com, @GSmith_Eagle on Twitter and 413-496-6254.

At this Thanksgiving season, when we gather to celebrate a heartwarming but largely fictional tale about Pilgrims dining with Native Americans…