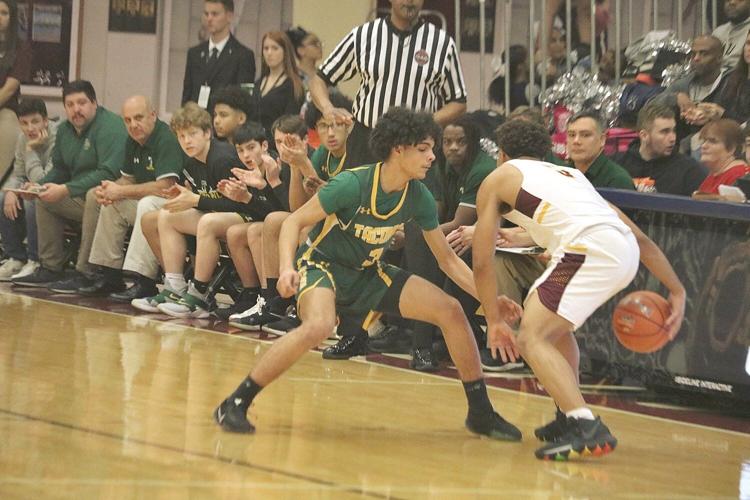 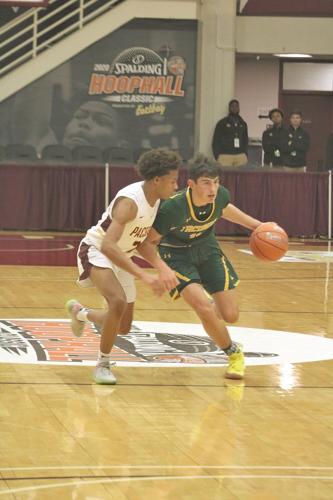 Taconic's Bo Bramer dribbles the ball up the court under pressure during a game against Chicopee at the HoopHall Classic Thursday. 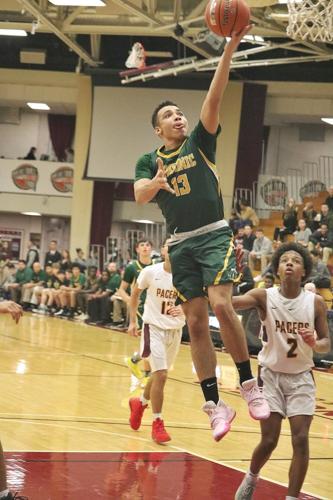 Taconic's Eric Montgomery goes up for a layup against Chicopee during a HoopHall Classic game at Springfield College Thursday. 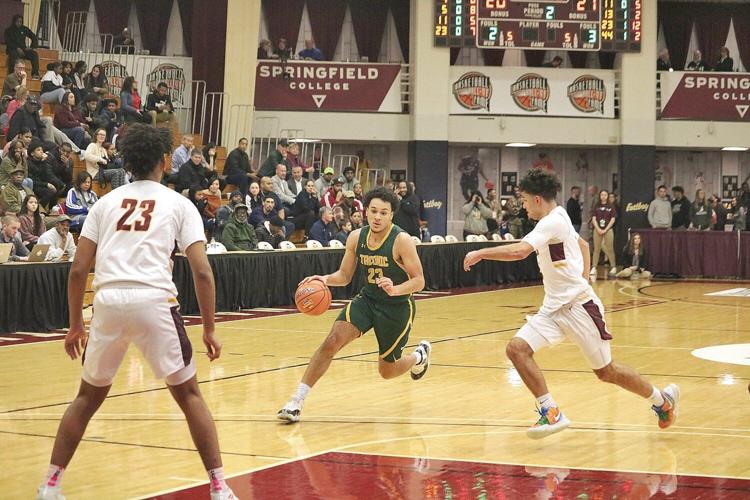 Taconic's Isaac Percy drives into the lane against Chicopee during a HoopHall Classic game Thursday. 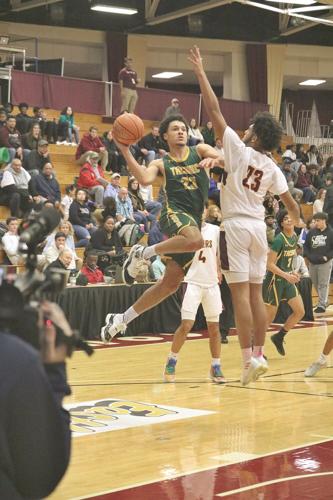 Taconic's Isaac Percy goes up for a layup during Thursday's HoopHall Classic game against Chicopee at Springfield College.

Taconic's Bo Bramer dribbles the ball up the court under pressure during a game against Chicopee at the HoopHall Classic Thursday.

Taconic's Eric Montgomery goes up for a layup against Chicopee during a HoopHall Classic game at Springfield College Thursday.

Taconic's Isaac Percy drives into the lane against Chicopee during a HoopHall Classic game Thursday.

Taconic's Isaac Percy goes up for a layup during Thursday's HoopHall Classic game against Chicopee at Springfield College.

SPRINGFIELD — There are a few things the Taconic boys basketball team would like to have back from their Thursday evening trip to the Hoop Hall Classic.

A smattering of mishaps down the stretch prevented the Braves from leaving Springfield College with a signature win over a key rival. Instead, it was Chicopee who snuck a 46-44 decision out from under Taconic's nose at the national showcase event.

The two programs that duked it out at Curry Hicks Cage 10 months ago for a Western Massachusetts Division II crown were in lock-step for 32 minutes on Thursday, but someone had to leave the victor.

After Mohammed Sanogo reached to the ground for an offensive rebound and put it back in to tie the game at 43-43 with 2 minutes, 25 seconds left, the Braves took a one-point lead on a foul shot from Sean Harrigan.

Chicopee, which won its fourth straight game to improve to 5-2, managed to grab two offensive rebounds on one possession, taking the clock from 1:46 on the Harrigan free throw, to 1:04 when Kobe Parker hit a jumper to put the Pacers back in front 45-44.

"They crashed the boards. They were a very physical team, they were after the ball. They looked like they wanted it more than we wanted it," said Sanogo. "They played really hard on both ends of the court."

Taconic (8-4) continued to play sound defense, though, and a 3-pointer to beat the shot clock by Damian Ocasio landed in the hands of Taconic senior Isaac Percy with 10 seconds left. His outlet pass, though, was deflected and Chicopee collected and was fouled.

The Braves still had a chance, down two with the ball and five seconds remaining. However, the attempted long inbounds pass never reached Harrigan, and time expired while both teams chased the loose ball.

Two turnovers in the final 10 seconds. Two plays the Braves wish they had a do-over on.

"We made some mistakes. Not the last play, it's more what got us into that situation that hurt. We made mistakes, you can't do that against a team like that," said Taconic coach Bill Heaphy. "It's a tough loss. The stats, everything is even, but we made mistakes at critical moments.

"Can't get it back. Got to learn from it and move on."

The game was tied after the first quarter and again at halftime, before the Braves grabbed a 36-33 lead at the end of three. Taconic had to be waning, though. Percy and Eric Montgomery played the full 32 minutes, while Sanogo was on the floor for 31. Chicopee forced 15 turnovers and grabbed 11 offensive rebounds.

JoPaul McKrieth was named player of the game after scoring 17 points and grabbing eight rebounds for the Pacers. Percy was named Taconic's MVP, scoring a game-high 18 points on 8 of 13 shooting, and adding 9 rebounds. Sanogo did his best on the glass, racking up 13 rebounds to go with seven points and seven blocks. Harrigan chipped in 10 points, while also playing some fierce perimeter defense that originally helped turn the tide in Taconic's favor in the third quarter. He had nine of his 10 points in the third, including a 3-pointer and a jumper that put the Braves up 36-31 late.

McKrieth beat the buzzer on a second-chance put-back, though, and Chicopee stole back momentum entering the fourth. The final quarter began with a Taconic turnover, leading into a 3-pointer by DJ Daniels to knot the game at 36.

"We just have to learn from it," Sanogo said. "Run our things better. The timing on screens, a lot of mistakes on passes, too many turnovers.

One thing Taconic doesn't wish it could have back is the experience, something the Braves have been collecting all season long. From playing in the Pioneer Valley Tip-Off against Putnam, to a showcase in Boston, to Springfield College, where the top high school teams in the country are converging this weekend.

Taconic and Chicopee were the top two seeds in last year's Western Mass. D-II bracket, so Thursday was one to squirrel away for the Braves.

It's something Heaphy and his team will have the next four days to talk about, before traveling to Mount Greylock for a 7 p.m. tip on Monday.