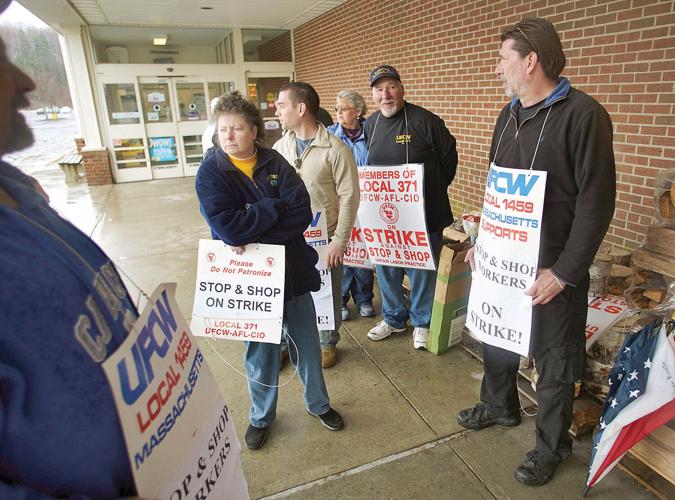 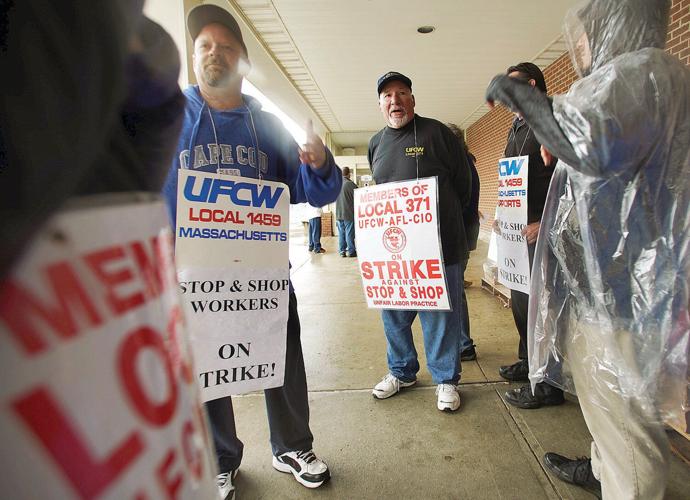 Union leaders and management are back at the bargaining table as striking Stop & Shop workers continued to walk a picket line for a fifth day.

Negotiations resumed over the weekend and continued on Monday with the supermarket chain upping its offer regarding wages and health insurance, two major sticking points between the regional grocer and the United Food & Commercial Workers.

"We've been talking. All five of our local presidents have been meeting with a federal mediator [since Saturday,]" said Melissa May, of UFCW Local 1459. The local represents the 300 to 400 Berkshire County workers out of the nearly 1,300 Stop & Shop employees in Western Massachusetts.

In all, 31,000 union members in Massachusetts, Connecticut and Rhode Island have been on strike since Thursday after contentious talks broke down that morning.

Mark McGowan, president of Stop & Shop's New England division, has made a personal pitch to the strikers to accept the company's latest proposal.

"Our offer provides pay increases for all associates, excellent health coverage with deductibles that would not change, increased contributions to the employee pension plans and no changes in paid time off or holidays for current associates," McGowan said in a statement.

On Monday, those picketing the Pittsfield stores were still looking to ratify a fair deal.

"We didn't want to go on strike, but we've been without a contract for two months," said Ed Albuquerque, of UFCW Local 371, the meat cutters union that also walked off the job last week. The UFCW locals have been working under a contract that expired Feb. 23.

Union officials believe the work stoppage has affected Stop & Shop's bottom line. The one store in North Adams and two in Pittsfield are open from 8 a.m. to 8 p.m., but with "limited service" that included only self-checkout registers.

"We're making a huge impact. They've lost about 80 percent of their business," May told an Eagle reporter on Monday afternoon.

May, a strike coordinator, was strongly persuading customers not to enter the Pittsfield store on Merrill Road.

"Please don't shop here today, we're on strike," she told one shopper. "We're trying to get a fair contract."

In North Adams, a handful of hardy employees huddled under umbrellas and lined State Road, enthusiastically waving to passing motorists in front of the Stop & Shop. About a dozen more gathered under the cover of the plaza's entryway as rain fell through the afternoon.

UFCW members at the Dan Fox Drive store in Pittsfield, which had been closed since Thursday afternoon, also braved the rain and wind that chased them under cover at the entrance.

The store reopened on Saturday, but the strikers' presence deterred many shoppers from entering, according to Albuquerque.

"They are mostly turning around and going away," he said.