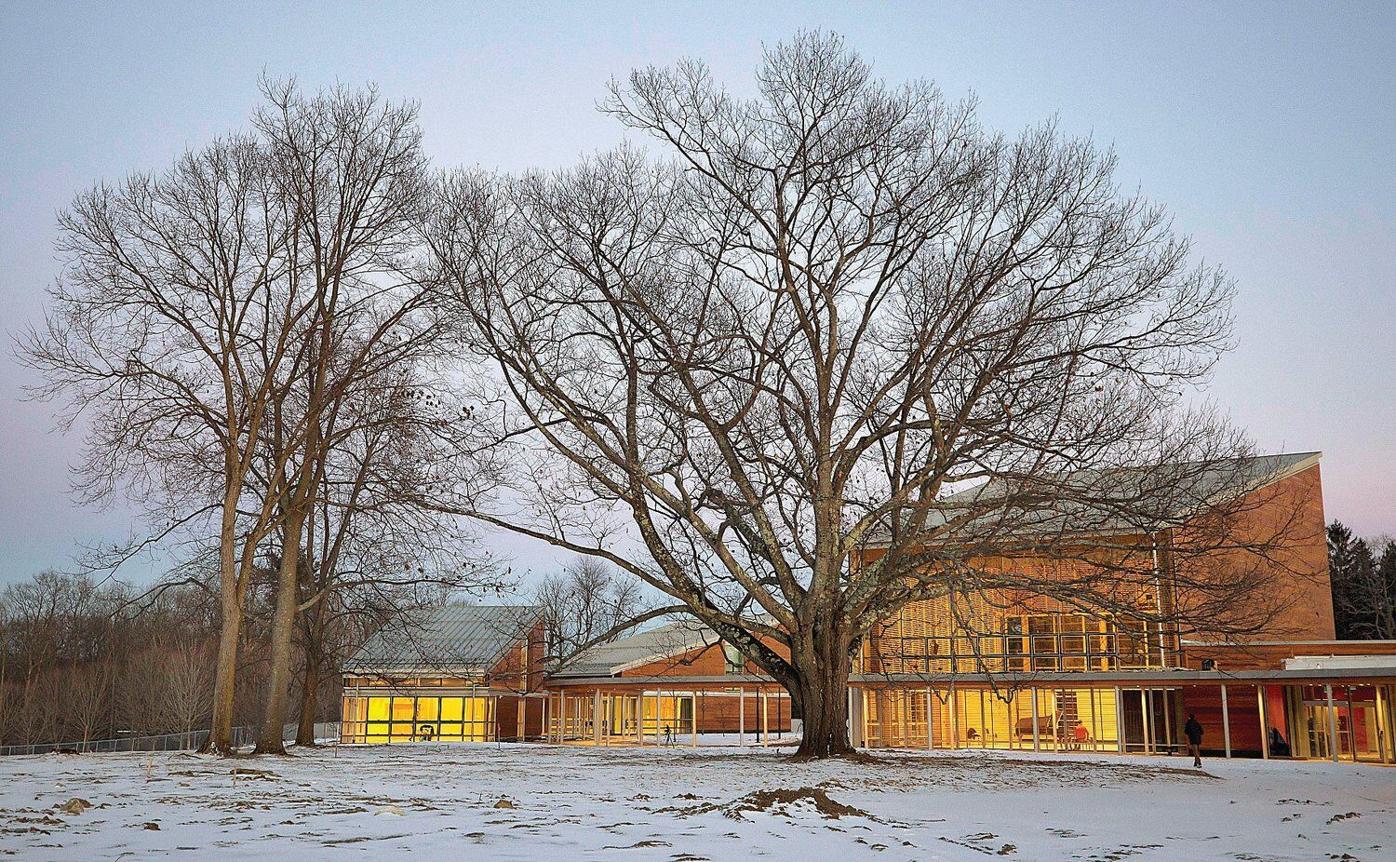 The Tanglewood Learning Institute's Linde Center for Music and Learning is leaning into its first fall-winter-spring season in hopes of enticing people off their counches during the cold weather months. 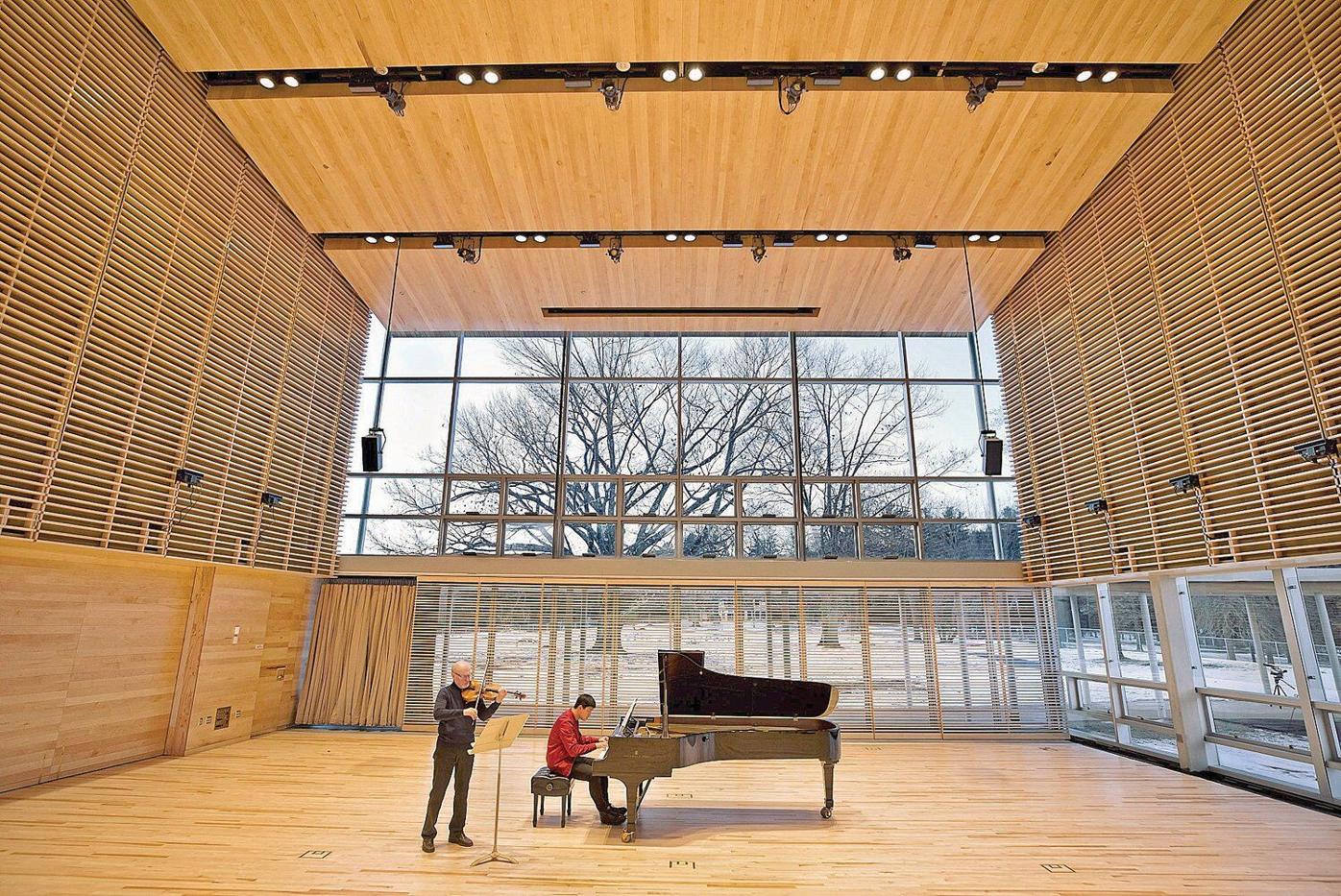 The Tanglewood Learning Institute's Linde Center for Music and Learning is leaning into its first fall-winter-spring season in hopes of enticing people off their counches during the cold weather months.

Less than a month into its first fall-winter-spring season, the Tanglewood Learning Institute at the Linde Center for Music and Learning is confronting a challenge familiar to other year-round Berkshire cultural organizations — residents who curl up into semi-hibernation during their free time to avoid the winter's big chills.

During a conversation this past weekend at the $33 million complex off Hawthorne Road in Stockbridge, TLI Director Sue Elliott suggested local audiences must be enticed to show up for a cross-cultural, multidisciplinary assortment of about 40 irregularly scheduled events at the new, climate-controlled location.

"One of the challenges in getting people to come to the Linde Center in the winter is to make it feel like it's worth getting out of your house because it's worthwhile and really good," she said.

Still in its fledgling stage, "TLI is a grand experiment, so we'll see how it goes. We need to test for one year and we need to learn as we go," she said.

Elliott said she is heartened by the response so far to the first offerings of TLI's off-season slate, which she described as "incredible. One of the most gratifying things for us and all of our staff has been the shift in audience delight at being here with us. Everybody remarks, `We're so happy to be here.'"

She acknowledged that last summer, "we didn't always feel that immediate gratitude from audience members." Some were flummoxed by their difficulty finding the new location of the Linde Center parking area because GPS navigation apps directed drivers who punch in the correct address to the nearby Wheatleigh Inn. About 30 percent of TLI patrons last summer were first-time visitors to Tanglewood.

To incorporate food and music "and make it very festive," one of Elliott's key concepts to draw in audiences, the new "Taste" series features a food and wine tasting reception with music of Argentina (5:30 p.m. Friday) preceded by a free tango class at 4 p.m. Later in the season, there's a Russia-themed evening (Feb. 21) with pianist Ignat Solzhenitsyn, son of the famed novelist and historian Alexander Solzhenitsyn (1918-2008), and an "Around the World" evening (May 28).

She also cited the 50th anniversary celebration of the "Appalachian Spring" ballet on Oct. 30 by members of the Martha Graham Dance Company, a partnership with Jacob's Pillow.

For the seven months ahead, the BSO is represented by three more small-ensemble concerts on Sunday afternoons (a string quartet on Dec. 1, a Feb. 23 brass and percussion program, and an April 5 double-bass extravaganza) and the 50th anniversary Tanglewood Festival Chorus program (April 11, Easter Weekend).

However, there are no concerts scheduled by Berkshire-based music groups.

Elliott said that all TLI programming falls into a designated series and "I decided initially that I wanted curatorial control of all the material that was happening here, at least in this fall-winter-spring." That means she generated the concepts and initiated contacts with artists for specific programs.

"I didn't want to oblige local organizations to fit into that curatorial control before we know what works here, just from our perspective," she added.

Elliott also felt cautious "about making choices and the repercussions that could have politically in this community."

As an example, she commented, "If we wanted to present three concerts by local musical organizations, and then I pick three of those organizations, what do the other 17 then think about the BSO and why they weren't chosen."

The charge for renting the Linde Center facilities depends on the nature of the event, with the price determined by production and facility maintenance overhead at the interconnected four-building complex. Basically, the cost would cover overhead, plus 10 percent, in some cases $500 an hour for use of the 270-seat Studio E at the center.

One recent addition to the schedule is The Eagles Brass Band, performing holiday music at 6:30 p.m. Dec. 12 an hour before the "Cinematics" film series screening of "Dreaming of a Jewish Christmas."

Forthcoming deep-immersion events include Fiddle Weekend (March 13-15), focusing on Irish, Scottish and Canadian styles, and Historic Artists' Homes Weekend (May 15-17), in collaboration with Chesterwood. The Linde Center will be closed from Dec. 14 to Feb .5.

In addition to the TLI events, the Linde Center's off-season schedule includes about 35 rentals such as weddings, corporate retreats, meetings, workshops and convocations.

Meanwhile, Elliott said she is working "around the clock" on the finishing touches for next summer's TLI schedule, which will be announced on Nov. 21 alongside the Boston Symphony Orchestra's Tanglewood full-season program plans. "We have an idea of what worked well last summer and what we wanted to change," she said.

"Last year for TLI we announced in February," she pointed out, so "folks who plan their summers in November-December when we announce the main season really felt like they missed out on TLI because they didn't get to plan everything at the same time."

With details still under wraps, Elliott acknowledged that "a lot of things we offered last summer will repeat, and some of the program formats we're testing in the fall, winter and spring will also make an appearance in the summer, built on what we've learned and some additional experimentation."

The schedule will include a wide spectrum of events, but instead of more than 140 separate ticketed programs during last summer's kickoff season, there will be somewhere between 80 and 90, Elliott said.

And, topping off her accelerated timeline, she emphasized that advance planning for the 2020-21 three-season fall-winter-spring schedule will be completed this April. "I'm done with this last-minute stuff," Elliott said. "I'm done."