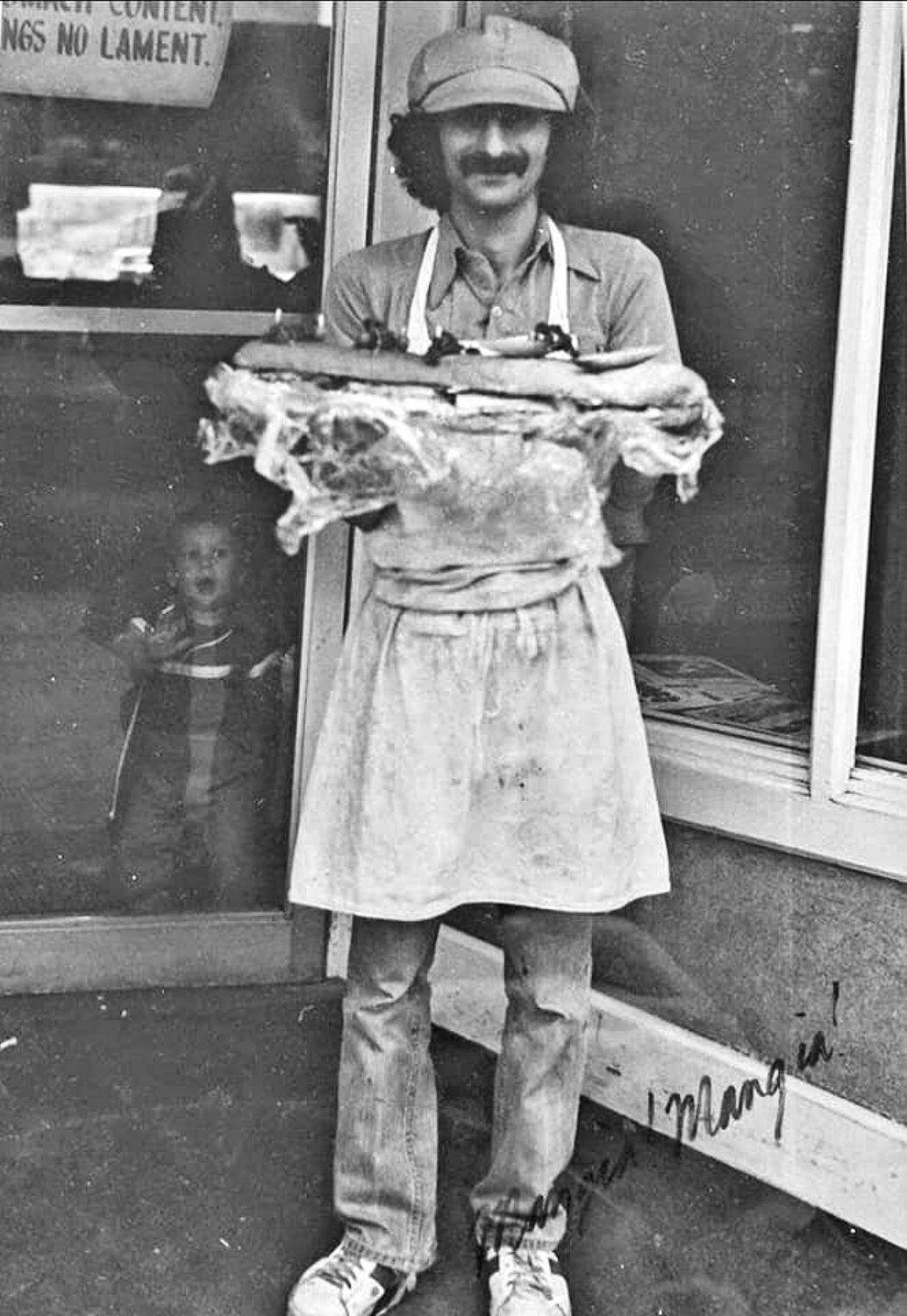 This photo of Frank Tortoriello hung in the Deli on Main Street in Great Barrington. Tortoriello, who died last week at age 67, was the big, irreverent heart of Great Barrington for the 23 years he lived in the town and ran the Deli, family and friends say. 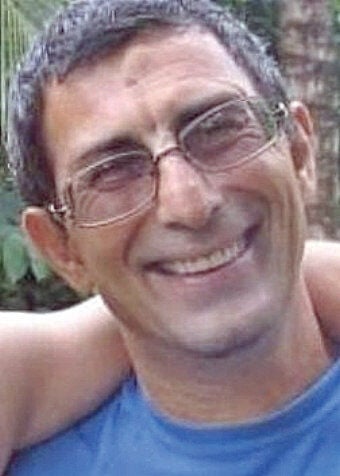 This photo of Frank Tortoriello hung in the Deli on Main Street in Great Barrington. Tortoriello, who died last week at age 67, was the big, irreverent heart of Great Barrington for the 23 years he lived in the town and ran the Deli, family and friends say.

He would announce your good news to the entire restaurant over a megaphone. And he would throw you out if he didn't like you, and preface it with a tirade.

They called him "Frankie T."

Frank Tortoriello, who died last week at age 67, was the big, irreverent heart of Great Barrington for the 23 years he lived here and ran the Deli on Main Street, family and friends say.

"There was just something about his spirit that attracted people," said Dave Long, a close friend and one of the Deli's fiercely loyal patrons. "And once they got in that circle, it was accepted that everyone was going to accept everyone else."

Long said that Tortoriello, who died at home in Costa Rica, managed to create a sort of "command central" at the Deli, which opened in 1980 in the storefront where GB Eats is located, and served piled-high sandwiches with names such as The Ex-Governor Dukakis and Cool Hand Cuke.

It became home to dentists and doctors, contractors and plumbers, and parents and children waiting for appointments upstairs at the former Children's Health Program.

Even reporters would go straight to the Deli to get the scoop, Long noted.

Tortoriello was born in Newark, N.J., his son, Matthew Tortoriello, 40, told The Eagle. He was the oldest of the nine children, though a set of twins died at childbirth. One sibling, a sister, died in her 20s.

Frank Tortoriello's father worked at Rutgers University, and his mother was a homemaker noted for her Italian cooking.

"She was always cooking cannoli, ravioli — great big feasts," Matthew Tortoriello said. "My dad definitely got some of his love of cooking from my grandmother. I know I did."

He also attended a seminary for a time and began the path to priesthood.

Matthew Tortoriello, who lives in Springfield, said that while "everyone kind of laughs about it," his father had a priestly spirit but never forced religion on him or his brothers Nick or Jared, who died at 20, after years of battling a childhood brain tumor.

"He was very spiritual, inward-looking," he said.

From New Jersey, he landed in a hippie flophouse in Springfield that occasionally was raided by police, met his wife and moved to Otis. In 1980, the couple moved to Great Barrington and opened the Deli.

"He was a fearless leader in a crazy world," said Patricia Pellegrino, who worked above the shop at the Children's Health Program and helped Tortoriello pick out the shop's blue wallpaper.

"When [the Deli] closed, people would stop me on the street," Franco Pellegrino said. "They were lost."

The families of Deli regulars grew close, and their children still have fond memories of growing up in the extended Deli family.

Patricia Pellegrino said Tortoriello radiated love and acceptance, and with his employees worked his social magic from behind the counter.

"Unconditional love — that's the main thing in life, to be loved for who you are," she said. "He helped everybody. This man was the most generous man."

And right up to the day Tortoriello died. Pellegrino said, he didn't let on that he was ill, trying to spare her family, since the Pellegrinos had endured a tragedy last year.

Years ago, the Pellegrinos were in Canada when their pipes froze and water flooded their house. Tortoriello had gathered people to fix the pipes and clean the house without telling them.

"We weren't even aware of it," Pellegrino said, noting that her home was cleaner than when they had left town. "He would go beyond. Instead of asking what he could do, he would just do it."

"He fed me on a tab for months when I was broke," Tim Heffernan wrote in a tribute on Facebook. "Sometimes three meals a day. I don't think he wrote down half of it."

Pellegrino said friends found him a cheerleading megaphone to hang from the ceiling, since he liked to shout and banter with customers from behind the counter.

It wasn't always pretty, Long noted. But it was real.

"There was nothing politically correct about the Deli, especially the early Deli," he said. "It was a little bit raunchy. If you were going to be close-minded and a jerk, he had no problems ejecting you, either."

Long said Tortoriello had trouble with people throwing trash in his trash bin. He once followed some New Yorkers to the Getty station in his pickup truck after catching them, and threw the garbage on their car hood.

Long was working at the E.F. Schumacher Society on the "Berkshares" local currency at the time and had the idea for "Deli Dollars" to help Tortoriello keep the shop open in a new location when the rent went up, in what Long calls "pre-chichi Great Barrington."

"Great Barrington had been laid to waste, then was being reborn at the dawning of the 1980s," Long said. "Commercial real estate was getting expensive."

Like a revolving loan, customers could buy Deli Dollars for $8 and get $10 worth of sandwiches. It was wildly popular and allowed the Deli to move down the street to a cheaper location in 1989.

"It was nothing more than a customer loyalty card," Long said. "But immediately there was news that Frank was printing his own money."

The news spread, and it hit major TV and print news outlets, including The Wall Street Journal. A TV crew arrived from Japan. And currency collectors started collecting Deli Dollars they never would redeem.

"He had a little cottage industry mailing out Deli Dollars," Long said.

But in 2002, the legal and financial challenges of running the business had proved too much. Tortoriello told The Eagle that year that he had about five vacation days in 20 years of working 12-hour days, seven days a week.

Tortoriello wouldn't say why he had to close shop, only that it was a "combination of factors."

"And it made it not fun anymore," Tortoriello told a reporter at the time. "And you know what? I need a life, man."

He moved to Costa Rica, yet continued to stay involved with the community from afar. Many in Great Barrington would travel there to visit him.

Matthew Tortoriello said his father was hiding what appears to have been lung and heart problems. He apparently died in his sleep.

"My dad is stubborn. He said it wasn't that bad. He didn't let on."

And he said he is grateful for recent time spent with his father.

A memorial service for Tortoriello will be held at noon Aug. 10 at the Pellegrino home at 63 High St., Housatonic.

This story has been modified to correct Tortoriello's age and number of siblings, and to remove a reference to a town in which he had not lived.