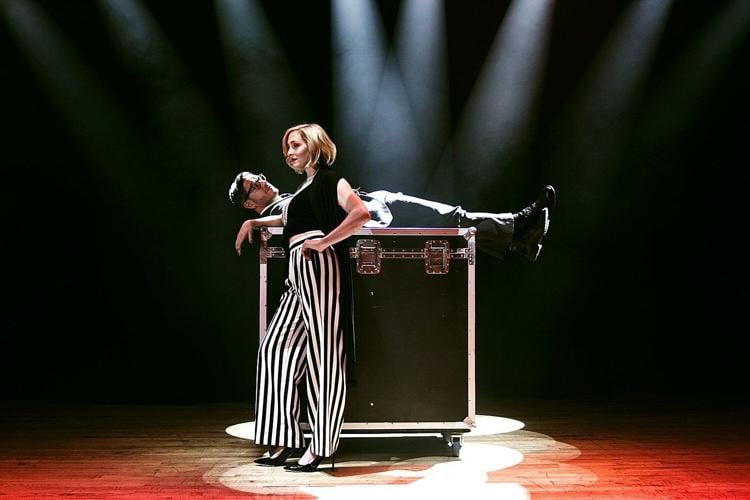 Stephanie Dodd and Justin Badger, the husband-wife duo who perform as The Fremonts, recently moved to the Berkshire from Boulder, Colo. They'll perform at The Foundry on Friday and Saturday at 8 p.m. 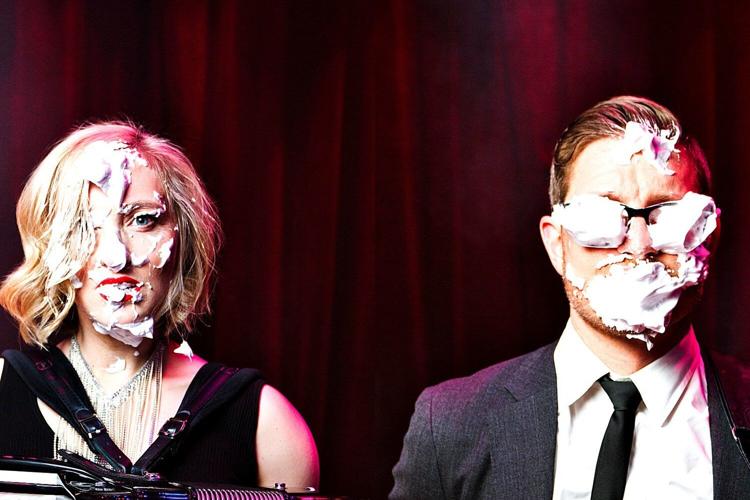 The Fremonts, Stephanie Dodd and Justin Badger, will perform "The Failure Cabaret" at The Foundry.

Stephanie Dodd and Justin Badger, the husband-wife duo who perform as The Fremonts, recently moved to the Berkshire from Boulder, Colo. They'll perform at The Foundry on Friday and Saturday at 8 p.m.

The Fremonts, Stephanie Dodd and Justin Badger, will perform "The Failure Cabaret" at The Foundry.

When the husband-wife team behind The Fremonts uprooted to the Colorado city after 14 years of acting in New York City, they found an unusually optimistic crowd in the state that, accurately or not, is known for its 300 days of annual sunshine.

"What is there to be sad about in Boulder? Justin and I, we lived in New York for too long. We are like basically walking cigarettes at this point. We're so naturally sarcastic and dark," Dodd said during a joint phone interview with her husband.

Don't get them wrong: They still enjoy visiting their old home. On Friday, they were calling from Boulder before the latest sold-out run of "The Failure Cabaret." The part music, part stand-up, part confessional show draws from the couple's stage setbacks as well as other life challenges. The piece makes its Berkshire debut this weekend at The Foundry in West Stockbridge, where performances will be held on Friday and Saturday night starting at 8 p.m.

"It's like our coming out show of being Berkshire residents," Badger said.

The couple arrived in June, settling in just before the summer buzz picked up.

"It's been so blissful," Dodd said.

The move is a return to the county for Dodd, who acted in Shakespeare & Company's productions of "Much Ado About Nothing" in 2003 and "The Taming of the Shrew" in 2005. She later participated in readings and workshops with the Lenox organization, too.

"I just loved it," Dodd said of her time in the Berkshires.

She met Badger in New York. He was also pursuing acting in the city. At one point, he was a chorus member in a Broadway revival of "Hair."

"I guess that's my big claim to fame," Badger quipped.

Eventually, the couple decided to form a band. They called it The Fremonts, alluding to their home cities: Dodd is from Fremont, Neb., and Badger hails from Fremont, Calif. Early on, one of the venues they played was the Dream Away Lodge. Their Berkshire visitation led them to wonder what it would be like to live there.

Their cabaret piece stems from the duo's narrative brand of Americana. Though Dodd and Badger play the accordion and guitar, respectively, they are aware of their musical limitations.

"We've both played music for a long time, but we're certainly not virtuosic musicians," said Dodd, an accordionist. "We absolutely come at writing this music from a place of story and a place of character, and I think we just started noticing, as we performed the music more together, we do fall into these snarky, cynical characters pretty naturally. We are both hunting for the comedy in that."

That descent into darkness is apparent on "The Failure Cabaret," the cabaret show's companion album.

"You go see a band, they play music, and in between songs they might say something like, 'This next song I wrote after I broke up with my girlfriend,' and then they start playing the song," Badger said. "We were like, 'What if we turned that on its head and gave a little bit more story behind the songs?'"

A friend urged them to write about their failures as actors.

"It's just amazing how many horrifying failure stories you have after 14 years of being a professional actor. There's a lot of material to pull from," Dodd said.

"We definitely spare no honesty on the show. We get pretty raw," Badger said.

During the day, Dodd works at the Center for Peace through Culture in Housatonic and remotely in human resources for a software company. Badger works remotely for an advertising firm. They've taken to the Berkshires' artistic culture.

"We're pretty inspired by all the folks we've met out there," Badger said.

They hope the influence of renowned cabaret performers such as Bridget Everett and Justin Vivian Bond will be apparent during their unofficial introduction to their Berkshire peers.

"That style of being so vulnerable and, at the same time, having just some bite to you," Dodd said. "'I'm here, my heart is exposed, but I will cut you.'"