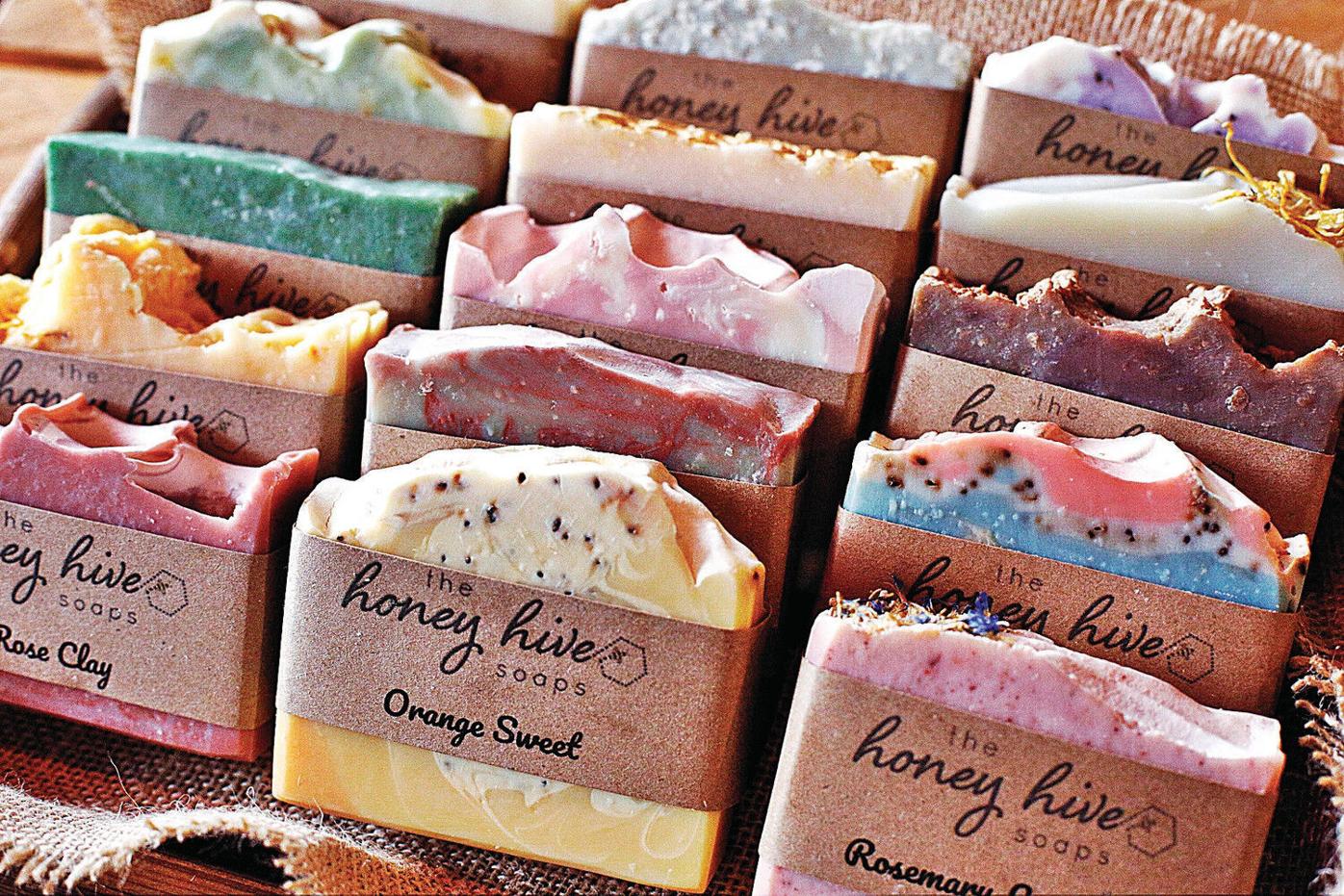 The products made by The Honey Hive Soaps are so colorful that the company's owner, Alessandra Carranza, refers to them as "my little pieces of art." 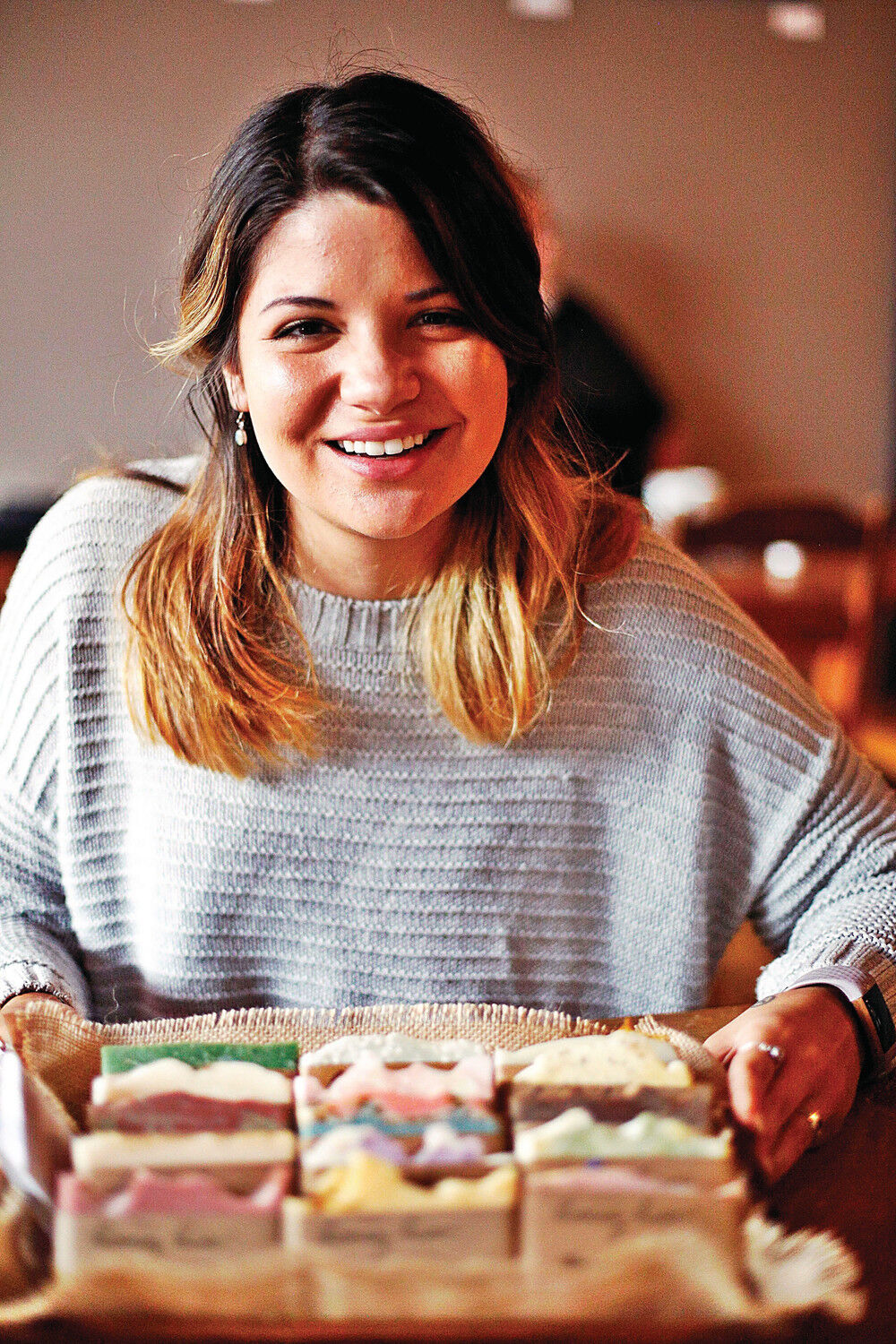 Alessandra Carranza began making her own natural organic products five years ago when she was 18. Her products were included in the gift bags that were given to celebrities before this year's Emmy Awards. 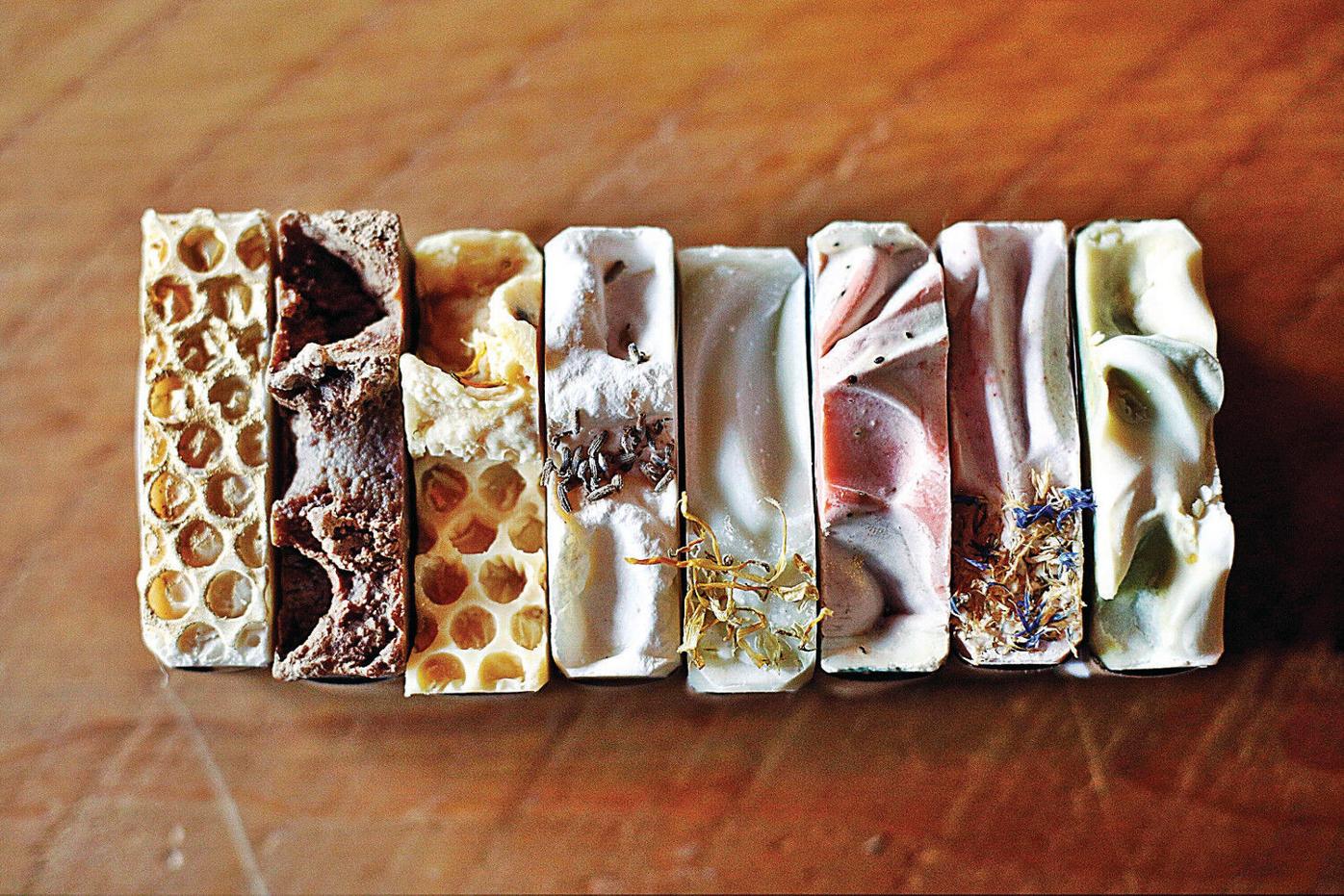 Former Berkshire resident Alessandra Carranza makes her products herself at her residence in Canaan, Conn.

The products made by The Honey Hive Soaps are so colorful that the company's owner, Alessandra Carranza, refers to them as "my little pieces of art."

Alessandra Carranza began making her own natural organic products five years ago when she was 18. Her products were included in the gift bags that were given to celebrities before this year's Emmy Awards.

Former Berkshire resident Alessandra Carranza makes her products herself at her residence in Canaan, Conn.

PITTSFIELD — Alessandra Carranza makes her own soaps out of mostly natural ingredients, creating multicolored products so striking that she refers to them as "my little pieces of art."

She started a small business, The Honey Hive Soaps, last year. It's run out of her residence in Canaan, Conn., which doubles as a production facility.

Carranza, the businesses' lone employee, sells her wares online, at farmers markets and at local stores like Guido's Fresh Marketplace. She had no idea that anyone outside of this immediate area knew about her products until the day in September when she received a surprising phone call from Southern California.

Nathalie Dubois-Sissoko, whose entertainment marketing firm produces the pre-gifting suite event before the Emmy Awards, was on the line.

"We'd like to give you a booth in the gifting suite," Dubois told her.

"At first I thought it was a prank," Carranza said during a recent interview at Dottie's Coffee Lounge on North Street. "I'm so small. How did they ever find me?"

It turns out The Honey Hive Soaps wasn't quite as obscure as Carranza thought.

California-based Deblois Pelin Associates, which has produced pre-gifting suite events at several major entertainment award shows for the last 13 years, had found Carranza's tiny company on the internet. The company wanted to put the best products from all 50 states in the celebrity goodie bags, Deblois-Sissoko said, and her six staffers were given different areas of the country to search through.

"They split up the map and when they were in Connecticut she found me," Carranza said.

There's more. Carranza's products were such a hit at the pre-gifting suite at the Emmys that Deblois-Sissoko invited her back to participate in a similar event that takes place before the Golden Globe Awards in Los Angeles in early January.

"We asked her to come back because she was a huge success," Deblois-Sissoko said in a telephone interview. "I was very impressed by her because she did a beautiful table and her products were of amazing quality. People loved it."

This is all heady stuff for Carranza, who just turned 23. She began making her own soap two years ago, but originally started making natural beauty products when she was 18 because of problems with her complexion.

"I had really, really sensitive skin," said Carranza, who was born in the country of Peru, lived in New York, Texas and Great Barrington, and worked at the Kripalu Center for Yoga & Health in Stockbridge, before settling in northwest Connecticut in May. In addition to soap, The Honey Hive offers lotion bars, body butters, salt soaks, sugar scrubs and lip balms, according to its website.

Carranza began by studying the ingredients in commercial soaps that were already on the market. She found that those products contained chemicals and additives, "ingredients that were harmful."

Self-taught, Carranza began experimenting with different natural ingredients, researching the details online, until she found the combinations that worked for her.

"It was really trial and error," she said. "I used hundreds of batches of essential oils to see if I could blend them.

"I wanted to make sure that these were things that I could use on myself."

The ingredients in her current products are 70 to 90 percent organic and include substances like coconut oil, avocado butter, jojoba, lavender and rosemary. Most of her products are vegan. Her soaps range in price from $6 to $12, depending on the recipe.

Carranza makes her soaps with a technique known as "cold process." Fixed oils are mixed with an alkali like sodium hydroxide or lye, which causes saponifcation, the process that turns the composition of the oils into soap.

"The bars are really, really soft when they come out," she said.

It takes Carranza around one to two hours to make a batch of cold process soap, but it's another four to six weeks before it's ready to be used. The delay allows the water to completely evaporate, which hardens the soap and makes it last longer. She tests all her products on herself, her friends, or family members before putting them on the market.

Carranza's original customers were family members and friends. They liked them so much that they encouraged her to start a business.

"Why don't you just sell your stuff, it's so pretty," Carranza remembers them saying.

The pre-gifting company thought highly of Carranza's products, too. But, participating in the event was a little overwhelming: Carranza described it as "surreal." She was only making enough money to keep the business going when the call came, but received help from friends and did an event at a Great Barrington hair salon to raise enough money to pay for the trip to Los Angeles.

But the publicity the business received from participating in the pre-gifting event has caused sales to go up 50 percent since September, she said. The company also has hundreds of more followers on Instagram, has picked up a distributor and is making wholesale orders, Carranza said. Her goal is to open a storefront.

Deblois Pelin Associates, which promotes pre-gifting events at award functions all over the world, may even invite Carranza to participate in more of them after the Golden Globes.

"You know, it's possible," Deblois-Sissoko said. "It depends on where she wants to go. It depends on the clients. Some just use the pictures (of these trips) as a nice memory.

"Sometimes people have a product but don't know how to package it," she said. "There's so much competition today for products that the No. 1 thing is the presentation."

She's very together," she said of Carranza. "I really like her and like her brand and will do anything to help her."

Contact Business Editor Tony Dobrowolski at tdobrowolski@berkshireeagle.com or at 413 496-6224.