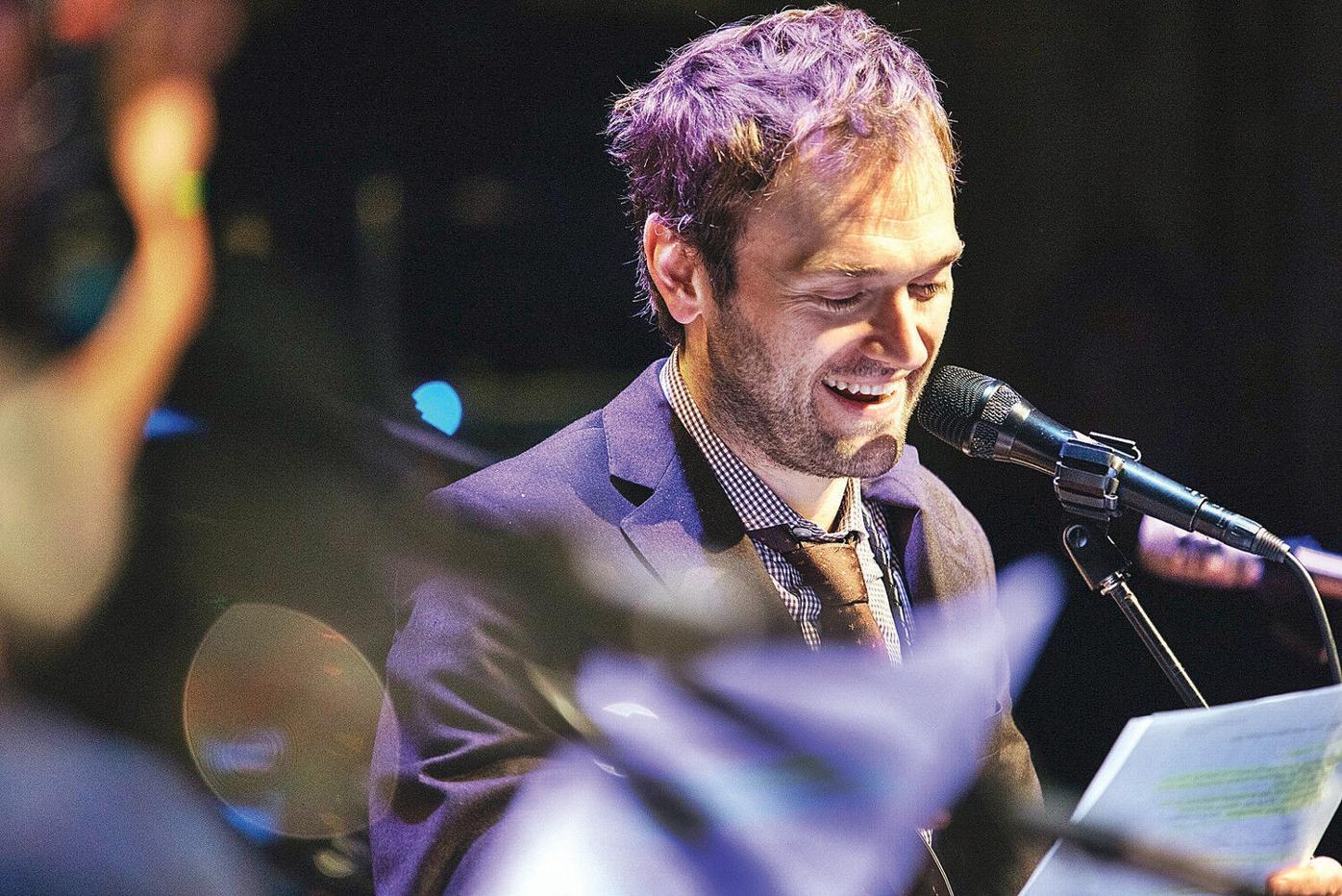 At 13, Thile released his first solo record. And at 15, he appeared on "A Prairie Home Companion" for the first time. 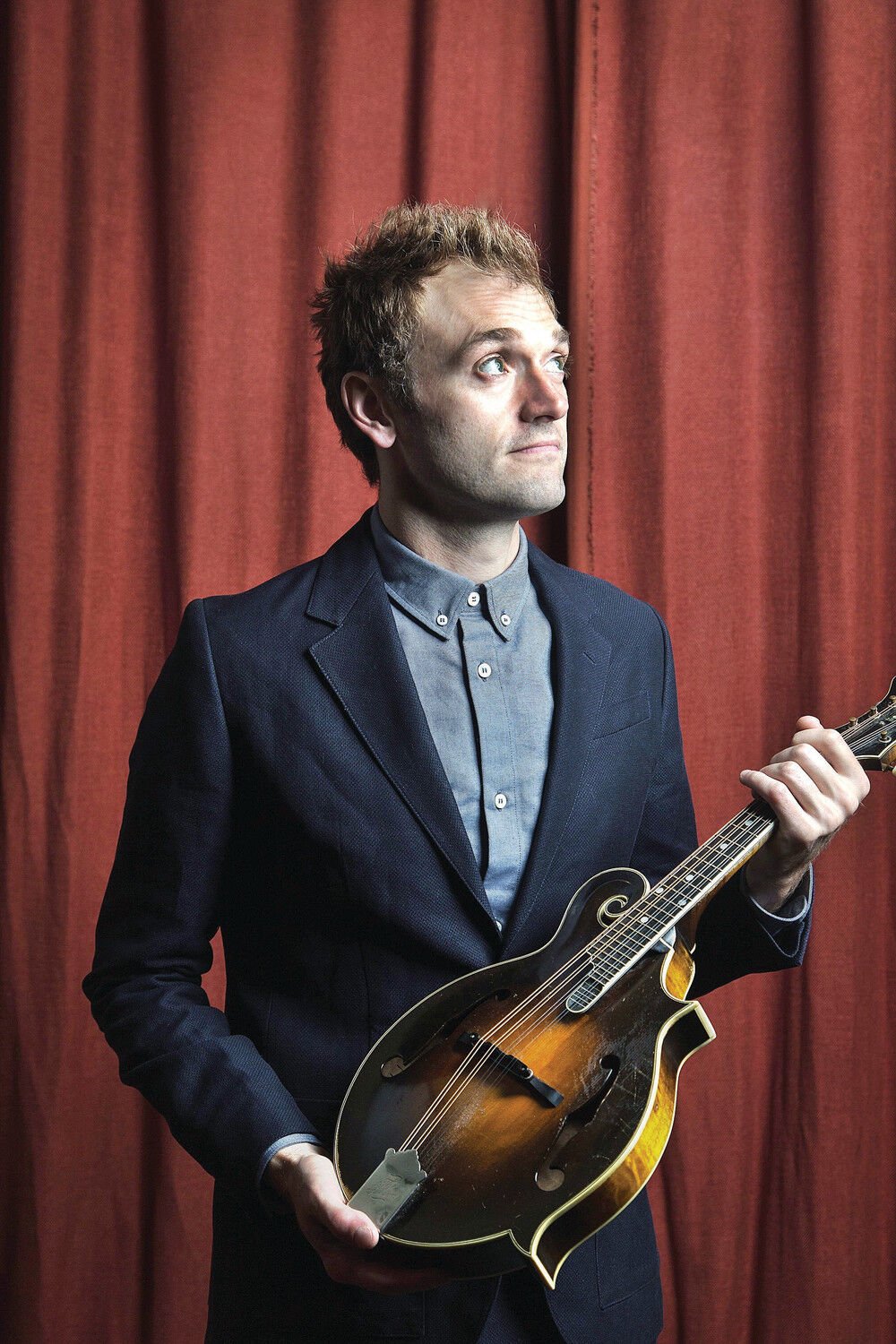 Chris Thile will host a live performance of "Live from Here" on Saturday, June 30, at Tanglewood in Lenox.

At 13, Thile released his first solo record. And at 15, he appeared on "A Prairie Home Companion" for the first time.

Chris Thile will host a live performance of "Live from Here" on Saturday, June 30, at Tanglewood in Lenox.

LENOX — "I'm in shock," Chris Thile wrote on Twitter and Facebook after learning of improper workplace conduct allegations made against his "A Prairie Home Companion" predecessor, Garrison Keillor, last November.

At that time, little was known about the specific behavior that prompted Minnesota Public Radio (MPR) to fire Keillor and rename the radio program "Live from Here"; two months later. MPR divulged that it had discovered "dozens of sexually inappropriate incidents" directed at a woman who worked on Keillor's show. Keillor characterized that relationship as "a flirtation between two writers that took place in writing." (He has since come to terms with MPR.) So, now that more details have emerged and the shock has worn off, what are Thile's feelings about the situation?

"It all just sucks," the 37-year-old told The Eagle during a recent telephone interview. "It's so hard for everyone involved, and the one thing that I realized very early on in the whole experience is that it sucks less for me than it does for everyone else. However hard it was for me — just like this happening to someone whose work I adore — but then thinking about how much it sucks for the person accusing him and for [Keillor] and for his family and for her family, everyone involved — it's just a terrible thing for everyone to have to go through."

Thile added that his role as host is to "be available for whoever needs me" and to "try and make something beautiful," something that will bring "joy" to his listeners. While it's tempting to view Keillor's ouster and the show's renaming as marking a seminal shift in the renowned program that has aired since 1974, Thile, a virtuosic mandolinist, had already been fashioning the variety show in his musical image since assuming his current role in October 2016. In addition to featuring more musicians, Thile has added a "song of the week" that he composes for every show.

"Everything I'm doing, I was doing," he said of any changes made since the Keillor allegations emerged. "I have a different vision for what my radio show sounds like."

That vision will be on display at Tanglewood's Koussevitzky Music Shed on Saturday night, when Thile will host a "Live from Here" live broadcast with Punch Brothers, Lake Street Dive, Aoife O'Donovan and comedian Gary Gulman. Thile said that finding the right mix for a particular show is a vital part of his job.

"When I'm up late at night on Spotify, or whatever, with my good headphones and a cocktail, I'm thinking about the show, thinking about who we're going to book," he said. "I'm on there listening and trying to keep tabs on how much joy a certain thing is bringing me."

He also considers how certain acts will work in concert. For example, Thile has long been a fan of Lake Street Dive, a multi-genre band that has Boston roots. He is also a member of Punch Brothers, a quintet that has collected Grammy nominations and earned widespread critical acclaim for creating new sounds on traditional bluegrass instruments. (The group has a new album out this July that it will tour behind.) Thile is excited to bring two innovative bands with different sounds together.

"I feel like those are the kinds of hot-cold weather systems that swirl each other through two hours in the blink of an eye. [And] Gary is hilarious," Thile said before adding that "there is no one I enjoy singing with more than" O'Donovan, the Crooked Still and I'm With Her member.

Playing the role of a general listener has been a welcome development for Thile as he prepares shows' lineups.

"I feel like I've gotten to this point in my life where I've basically only listened to music the way that an athlete trains for an event of some kind, that I would always be listening with this specific aspect of my musicianship that I was working on, like some pitcher in there doing rotator cuff work. ... 'I need to get better at large-scale structure, so I'm going to go listen to Mahler,'" he said.

Thile has been honing his musicianship for nearly his whole life. Growing up in California and Kentucky, he learned to play the mandolin at age 5. At 8, he helped form Nickel Creek, a Grammy award-winning group that blends several genres. At 13, he released his first solo record. And at 15, he appeared on "A Prairie Home Companion" for the first time. He and his family were devoted listeners to the show. Its patriarch became a fan of Thile.

"He is, I think, the great bluegrass performer of our time, and he is a beautiful jazz player," Keillor once said of Thile, who formed Punch Brothers in 2006 and was awarded a MacArthur "genius" grant in 2012. "There just isn't anything he can't do — and he is very enthusiastic about live radio."

Thile guest-hosted the program on multiple occasions before Keillor officially named him his successor. The only inkling Thile had that he would get the gig came after a broadcast of "A Prairie Home Companion" at Tanglewood.

"He had me tell this story on the show, which was the first time he'd kind of encouraged me to talk on the show," Thile recalled. "Then, afterward he was like, 'Chris, the people liked hearing you talk. You should do more of that.' That was it. That was the one time before he called me and said, 'I think you should host the show after I'm done with it.'"

Thile noted that the performance came one night after he had met his future wife, actress Claire Coffee. Berkshire County holds a special place in their relationship. Yo-Yo Ma recommended that Thile buy an engagement ring from McTeigue & McClelland in Great Barrington, which he did. Thile and Coffee have enjoyed subsequent visits to the Berkshires, including one winter retreat with O'Donovan and her husband, classical musician Eric Jacobsen.

"It's become this really special place for us to go up and celebrate our young and little family," said Thile, who resides in New York City with Coffee and their son, Calvin.

Though Tanglewood has hosted "A Prairie Home Companion" multiple times, Saturday night marks the first "Live from Here" show in Lenox. The new name reveals little about any given episode's contents.

"I like the clean slate aspect of it: every week, 'Live from Here.' In a way, it's not saying much. In a way, it says everything that needs to be said," Thile said.

"Live from Here" has undoubtedly kept at least some of the fan base for "A Prairie Home Companion." Yet, Thile and MPR are aware that a new generation of devotees needs to form. The show's live broadcasts are available on YouTube, but podcasts remain an area for improvement.

"We need to get better at the on-demand listening," Thile said.

He was tight-lipped about future changes to the show.

"Basically, the only rule is it has to be audible," he said.

No matter what tweaks do or do not get made, it's clear that the show's past won't dictate its future, especially if the host has his way.

"The show keeps growing. It keeps doing its own thing," Thile said. "It's kind of like it's its own entity."