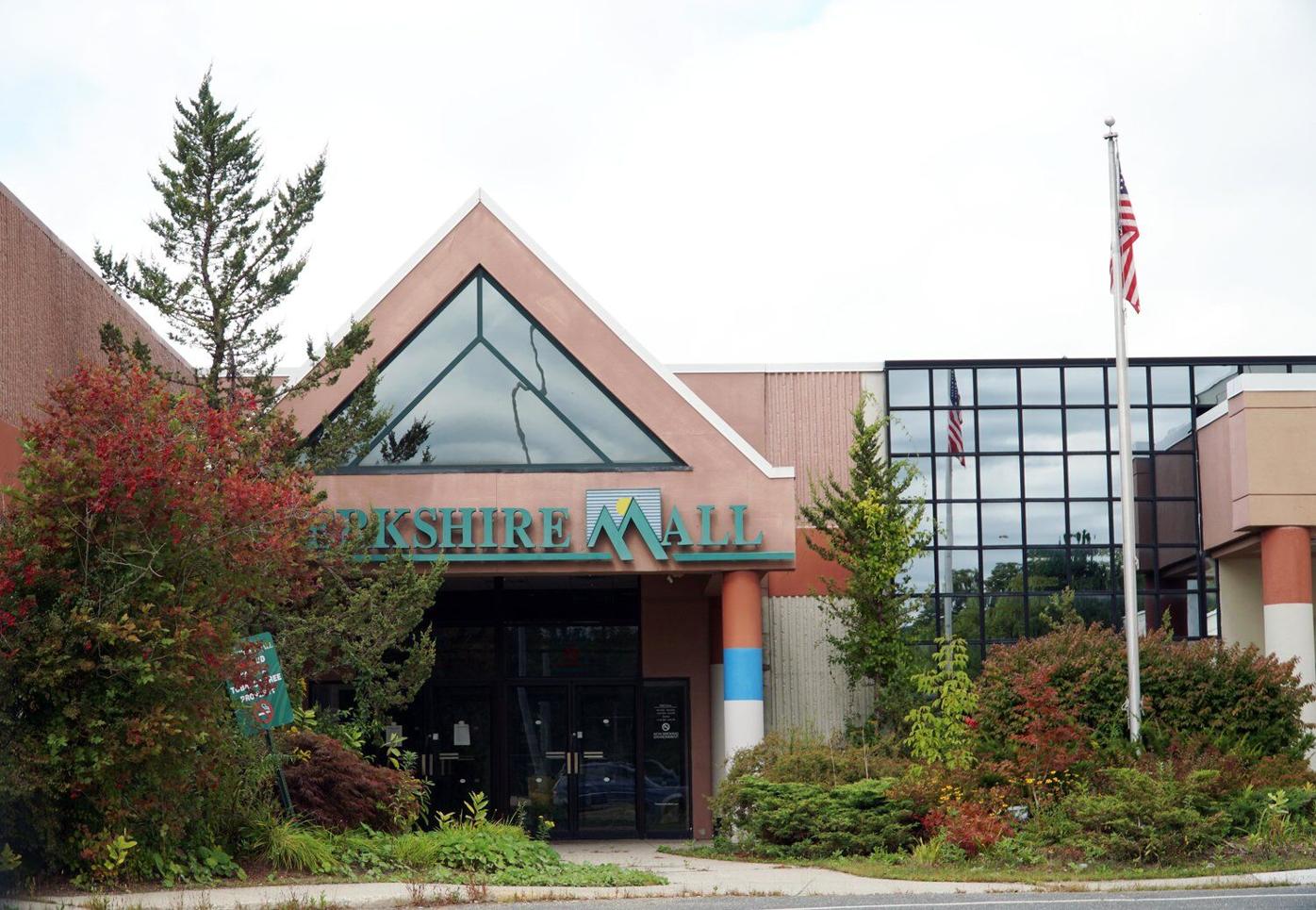 The Berkshire Mall in Lanesborough is showing signs of lack of use, Tuesday September 10, 2019. This entrance is near the former Sears location. 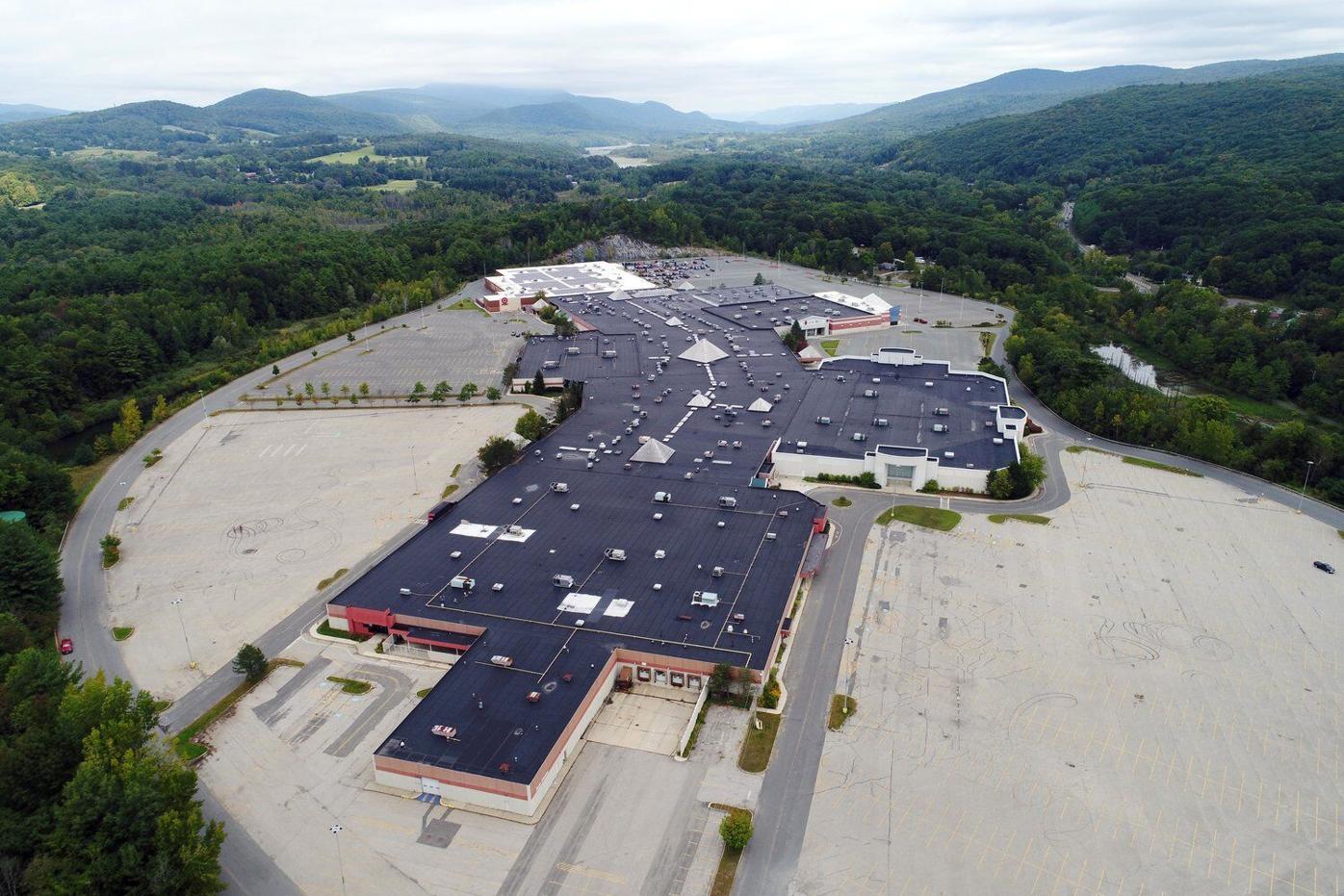 The Berkshire Mall in Lanesborough is showing signs of lack of use, Tuesday September 10, 2019. This entrance is near the former Sears location.

LANESBOROUGH — A new report charts possible uses of the shuttered Berkshire Mall, all of which embrace life after retail.

And, most likely, under new ownership.

The 31-year-old site could morph into an entirely different enterprise, if future investors step forward to transform a failed retail center into one of five possible uses envisioned in a study prepared by the Berkshire Regional Planning Commission.

"How do you possibly reuse a building that large?" asks Laura Brennan, the senior planner who led work on the report.

By thinking outside the big box.

The 48-page report, "Berkshire Mall: Future Use Study," comes with twice that many pages of appendices, including photos, diagrams and a scorecard that points to what might be the most likely next chapter for the mall. In all cases, parts of the current 720,000-square-foot complex would be removed.

Possible uses include sports or family-friendly entertainment, housing for seniors, a training and technology center or a haven for green and agricultural enterprises. The concepts might include independent businesses that remain in operation on sites they control at the property, Target and Regal Cinemas.

The report can be found at the town's website. For more details about individual proposals, see the sidebar, "5 futures: Proposed Berkshire Mall plans."

Two years ago, with several retailers still hanging on, the state Executive Office of Energy and Environmental Affairs and the Baker Hill Road District, the tax zone in which the mall sits, bankrolled a $70,000 study of how the site could be used differently.

Work on the report started in January 2018, about a year and a half into the mall's ownership by the Kohan Retail Investment Group.

The week the report came out in June, ownership of the mall changed hands again, when the mall was purchased for $1 million by Durga Property Holdings. That entity previously had bought a Benton Harbor, Mich., mall from the Kohan group, overseen by Mehran Kohanseh, who also uses the name Mike Kohan.

Brennan said the study serves as a guide to what could come next, so the region isn't caught flatfooted.

"I think it's incredibly proactive for the community to be looking at these possibilities," she said.

"This is a community looking out for itself," said Mark Siegars, the attorney representing the Baker Hill Road District, speaking of the town. Taxes paid by the mall represent close to $1 million of the town of Lanesborough's roughly $11 million yearly budget.

"We're just trying to stay ahead of the game. When the place's last gasp is out, it gives you something to move on."

The report charts the rise and fall of the Berkshire Mall, connecting its recent demise with national trends that no longer favor enclosed malls. In addition to scoping out five possible transformations of the property, the report examines the building's condition and deficits, including a roof that leaks.

The study looks for examples of success around the country in revitalizing malls as shopping destinations. "Malls seeking to survive as retail destinations are trying myriad ways to counter the trends of e-commerce and shifting demographics, to varying levels of success," it says.

But many factors work against that.

"An aging population may be finding themselves less interested in amassing possessions, and increased urbanization also allows younger generations to forgo car ownership in favor of a walkable community," the report says.

Two outside firms were hired to provide technical help, at a cost of about $35,000. Milone & MacBroom of Springfield analyzed the state of available utilities and EDM Architecture, Engineering, Management of Pittsfield mapped conditions of the building.

That inquiry, which the Kohan group allowed to take place, determined that the structure is in good shape generally despite deferred maintenance.

Though hopeful about alternative uses, the study points out that transforming a mall can be expensive. The costs of the projects outlined range from $87 million to $252 million.

"Ceiling heights, space constraints, building code issues and site logistics are just a few of the potential obstacles," it says. "In many cases, it would be more cost effective to simply conduct a partial or complete demolition and rebuild."

Before the report's release, Brennan briefed members of the Baker Hill Road District, which kicked in $20,000 to partially match a $50,000 grant from the state. She said the district board liked the five possible uses. The study included consideration of how any new use of the property might serve to augment other offerings in Berkshire County.

"They had a regional perspective in what would make sense," Brennan said of the board.

To be sure, the property, as the report notes, "is one of the largest and most promising potential redevelopment sites in Berkshire County."

Siegars, the district's attorney, said officials began thinking as early as 2013 about what might befall the business.

"At some point the taxes were not going to be paid and the town would face a building that nobody paid attention to," he said.

The report, he said, could accelerate next steps by as many as several years. "It's a remedy for the community impact that's going to hit."

The mall parcel, at 86.2 acres, is more than twice the size of the what the report calls the largest existing redevelopment site in Berkshire County — the Pittsfield Municipal Airport. And the mall's building space is more than two and a half times larger than the Delftree Building, a mill turned commercial property at 234 Union St. in North Adams, which the report calls the next largest such site in the region.

Rather than wait to see what happens with the mall, the community is now armed with a guide to projects that could help attract investment, Brennan said.

The projects described are meant to show what could happen next on the 86-acre property, not limit choices. Brennan said she hopes the report can serve in part as a marketing tool.

"Development money is going to have to be attracted to the site to make any of this possible," Brennan said.

"There is never any certainty until somebody puts money on the table," Siegars said. "The business decision is definitely somebody else's. We're just waiting to see."

The report's 16 appendices provide information that would be helpful to prospective investors, from a tally of what local zoning bylaws allow, to profiles of successful developers, to cost estimates and a recap of what people had to say in 2018 at a public forum.

What's next for the Berkshire Mall? Maybe family-friendly activities and a restaurant. But first, renovations.

PITTSFIELD — Two years after buying the Berkshire Mall, an Ohio man reportedly is poised to let an outside management company try to bring the…