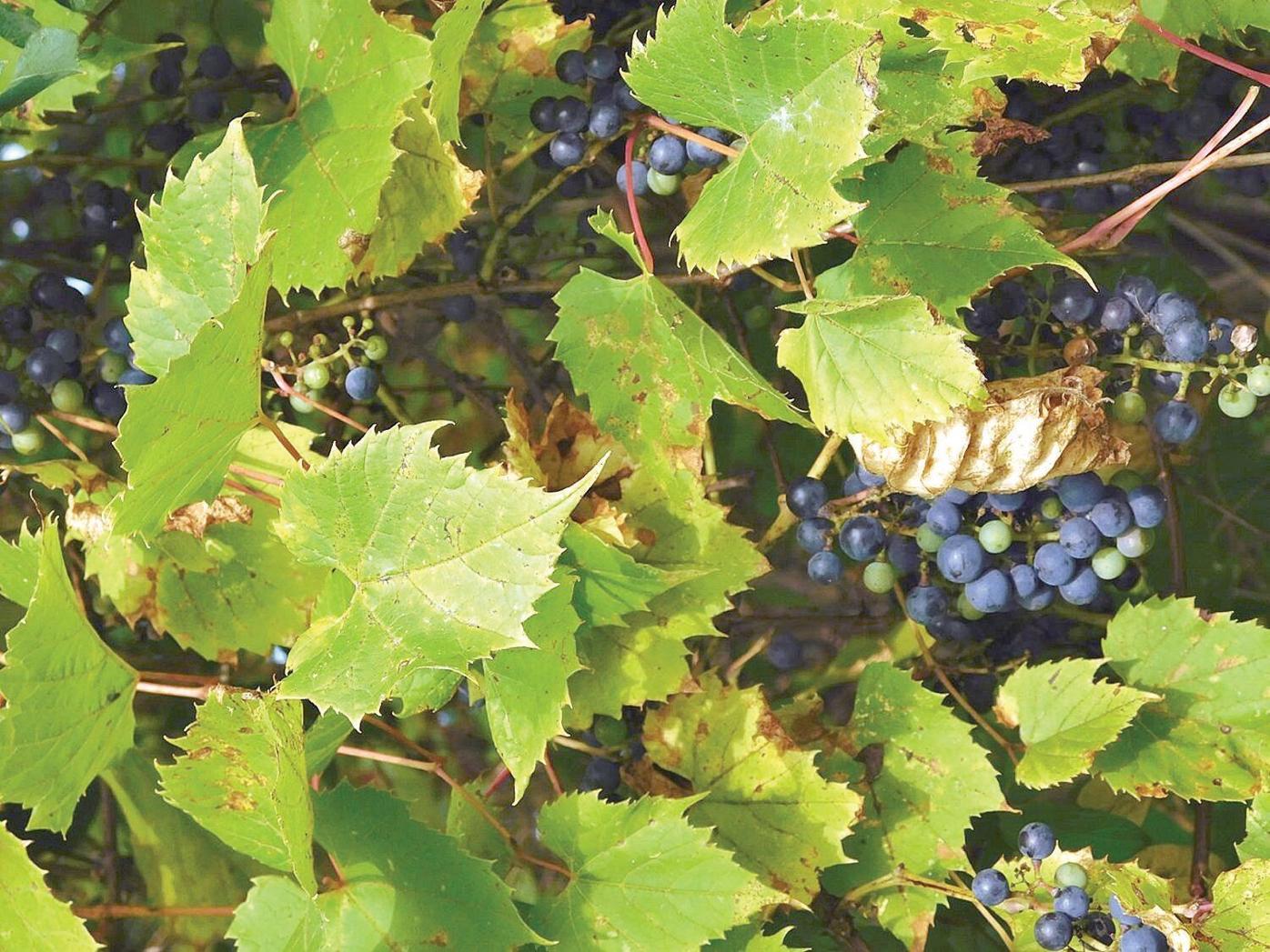 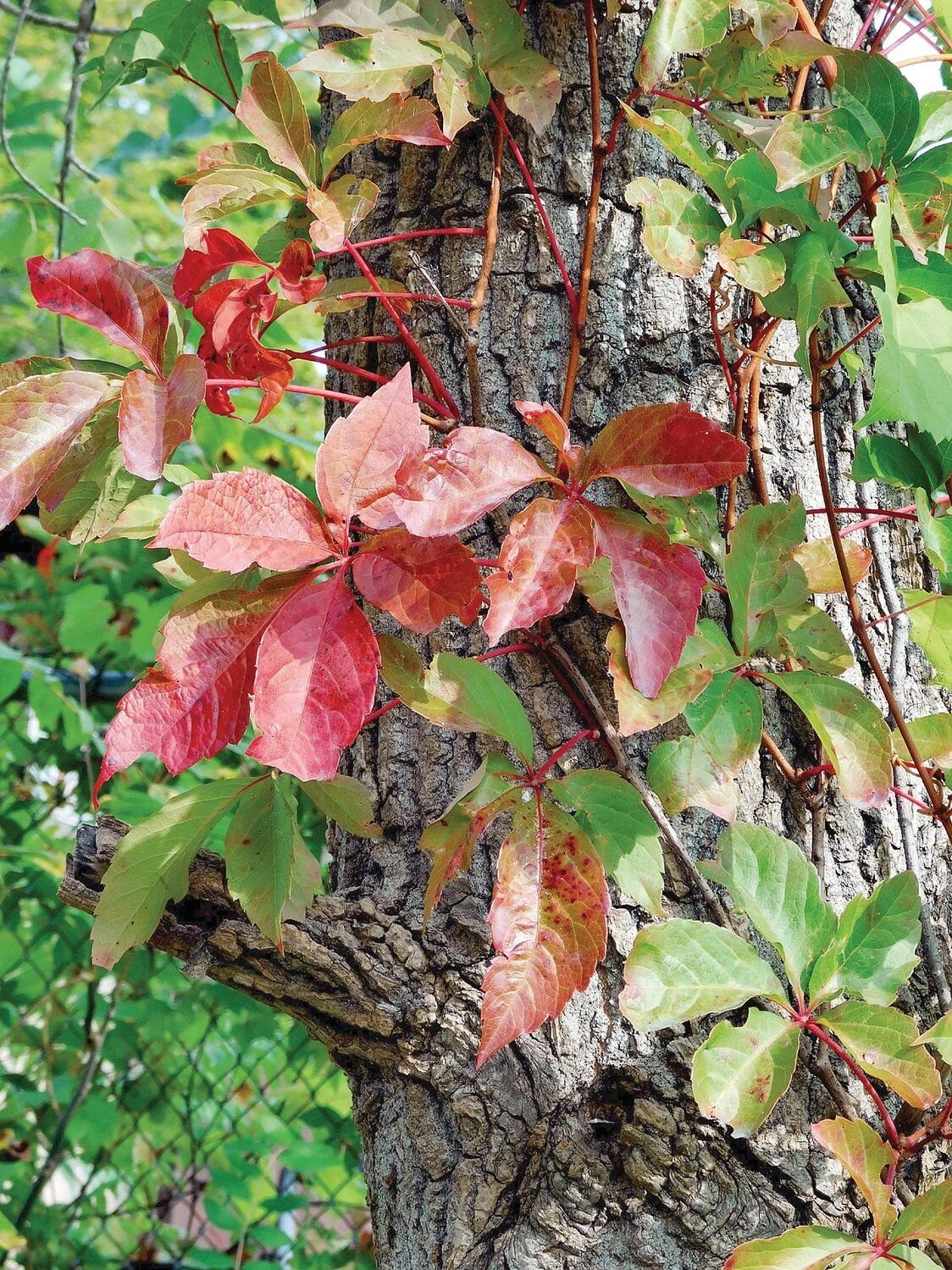 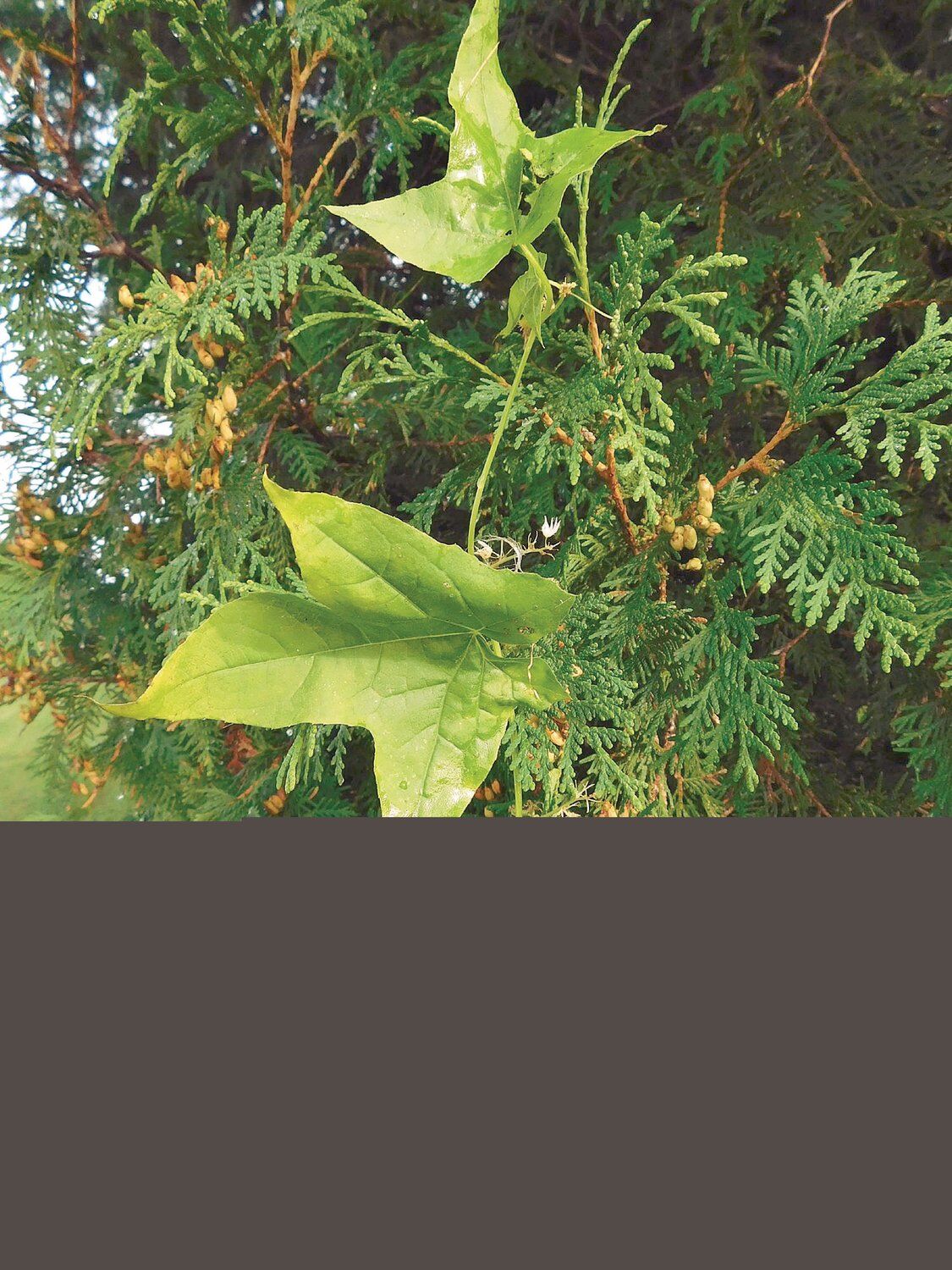 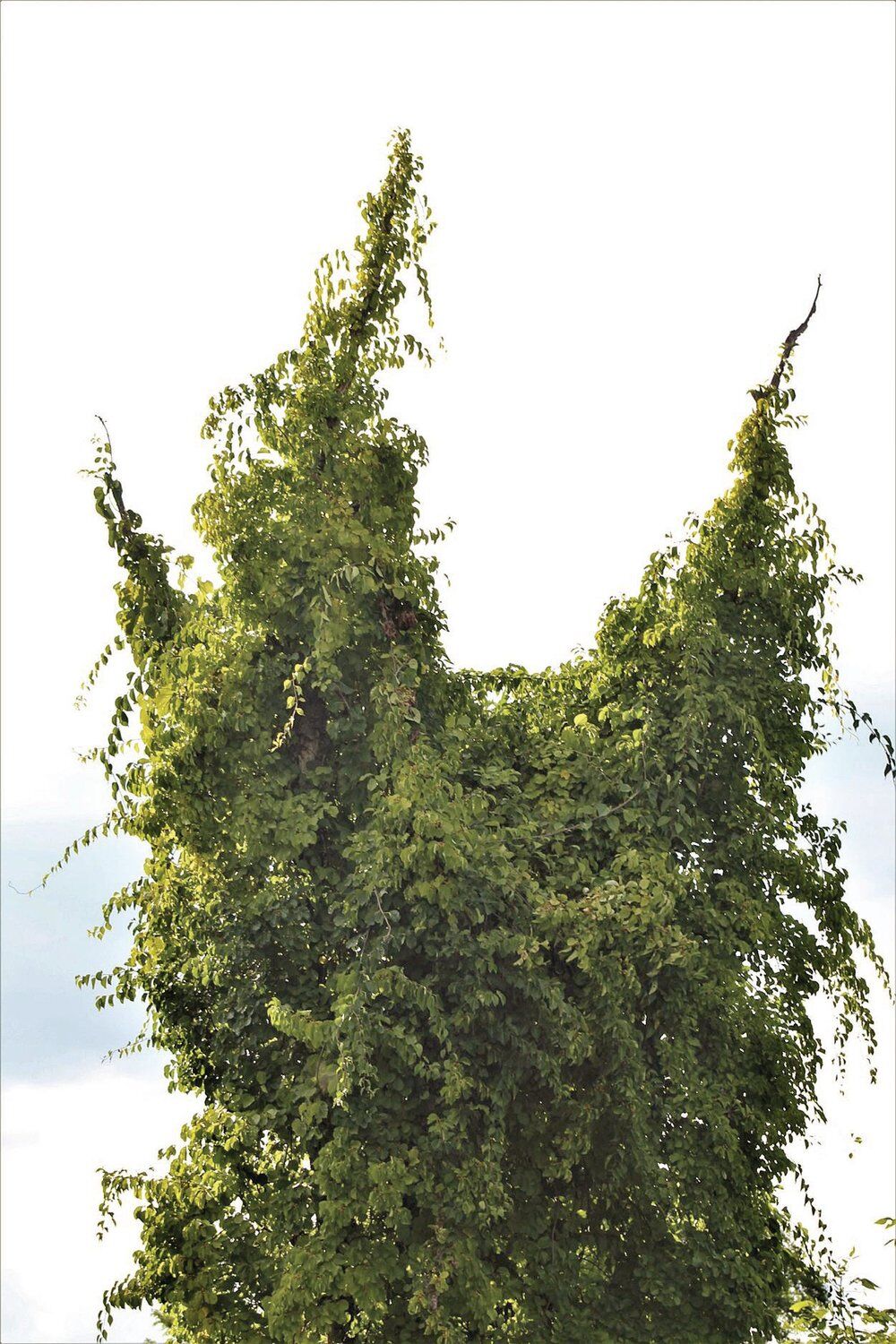 It is probably a toss-up as to which is ahead in the marathon to take over The Berkshires — Oriental bittersweet, Riverbank Grape or Virginia creeper. The bittersweet with its yellow and orange fruits, the wild grapes with Concord grape blue fruits, and equally attractive, the scarlet-leaves of the climber vine Virginia creeper all demand attention and are spreading near marathon speed.

Learn more about these popular vines that can be seen climbing throughout the area and how to best contain, cultivate or enjoy them.

Although these plants are colorful at this time of the year, with the orange color of its fruit giving it a festive appearance, do not use it for decoration on an exterior door or in flower boxes. It is illegal to import, export or sell bittersweet, move it, or replant it. If used as decoration, and accessible, birds will take the seeds and distribute the digested fruits containing still-viable seeds that will sprout, allowing the invasive an advantage. Even disposing of seeds in compost will not destroy them.

This invasive vine gravitates to open fields, meadows, forests, roadsides, parks, even backyards and is crowding out native plants, eventually killing trees, even mature ones by strangulation. And once established, it is difficult to eliminate without the assistance of herbicides, although mowing, trimming and hand pulling young vines may help somewhat.

Among other native plants used for commercial breeding, wild grapes have been used extensively in viticulture for grafting rootstock, as well as hybrid breeding of one of our favorite and healthy snack foods. Riverbank grape was one of the species that was helpful in the rescue of the European wine industry, but that is another story.

It is among the most domestic of vines, growing on edges of concrete driveways and between driveways and buildings, on chain-link fences, shrubs, trees; just about anywhere it gets plentiful sun and sufficient moisture. It adapts to many different soils.

The less abundant Wild Cucumber with fruits resembling cucumbers only gently covered by half-inch spines, is listed as common along riverbanks and hedgerows. The photo of this species was the only remaining plant after several years of persistent pruning from our row of arborvitae. This more delicate appearing vine does cover vegetation often shading bushes and trees of much needed sunshine. Two species are found locally, the common and the bur, and are fast growing native vines sometimes reaching 30 feet during a growing season.

The fruit of the wild cucumbers is a pale green spiny pod-like fruit that is mostly hollow and roughly 2 to 3 inches long and contains four large seeds, not the far larger number in the familiar fleshy cultivated cucumber. Sometimes called the "prickly cucumber," it is often found grasping branches and trunks of trees, but doing far less damage than bittersweet. In mid-summer to early fall, both produce fragrant white flowers. I could not find a seed pod when I decided to photograph one to demonstrate the seed packet for this column.

This species can be found competing with bittersweet with a height reaching up to 50 feet and when growing on mature trees, walls, fences and large shrubs easily spreading up to 10 feet in width. Sometimes at this season, birds may be seen eating its seeds, but by far its attractiveness comes from the intense scarlet color of its leaves in the autumn lasting into winter.

It is a native species quickly anchoring itself to surfaces with tendrils. On brick and stone walls it attaches itself with adhesive disks at the tips of its tendrils. Its main stems become woody when mature. Look for it in open areas, often along woodland clearings and along roads.

Thom Smith: What is on this tree?

I came across this tree in nearby woods recently and while I have an idea that it is a burl on a cherry tree, I wondered if one of our readers…