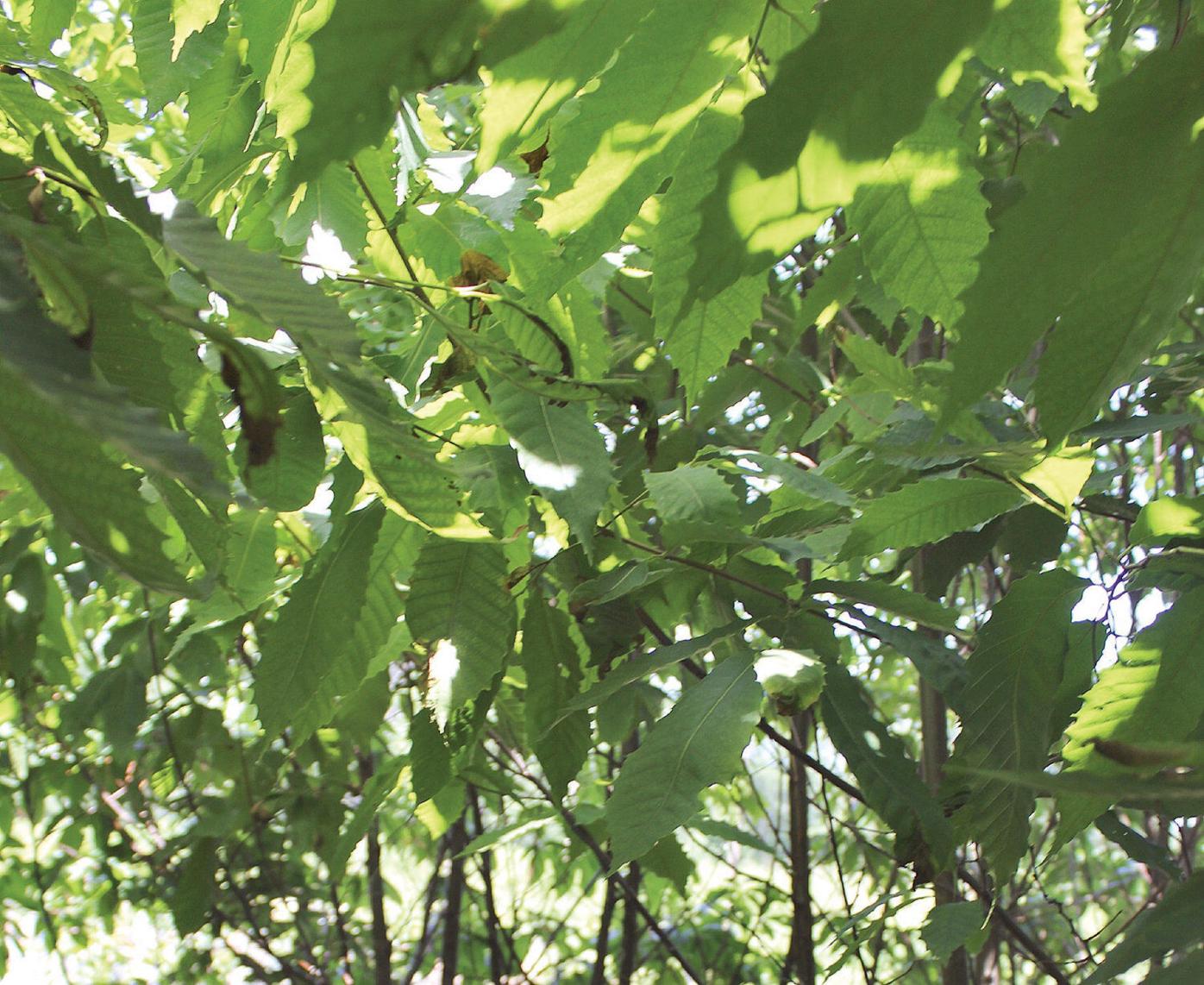 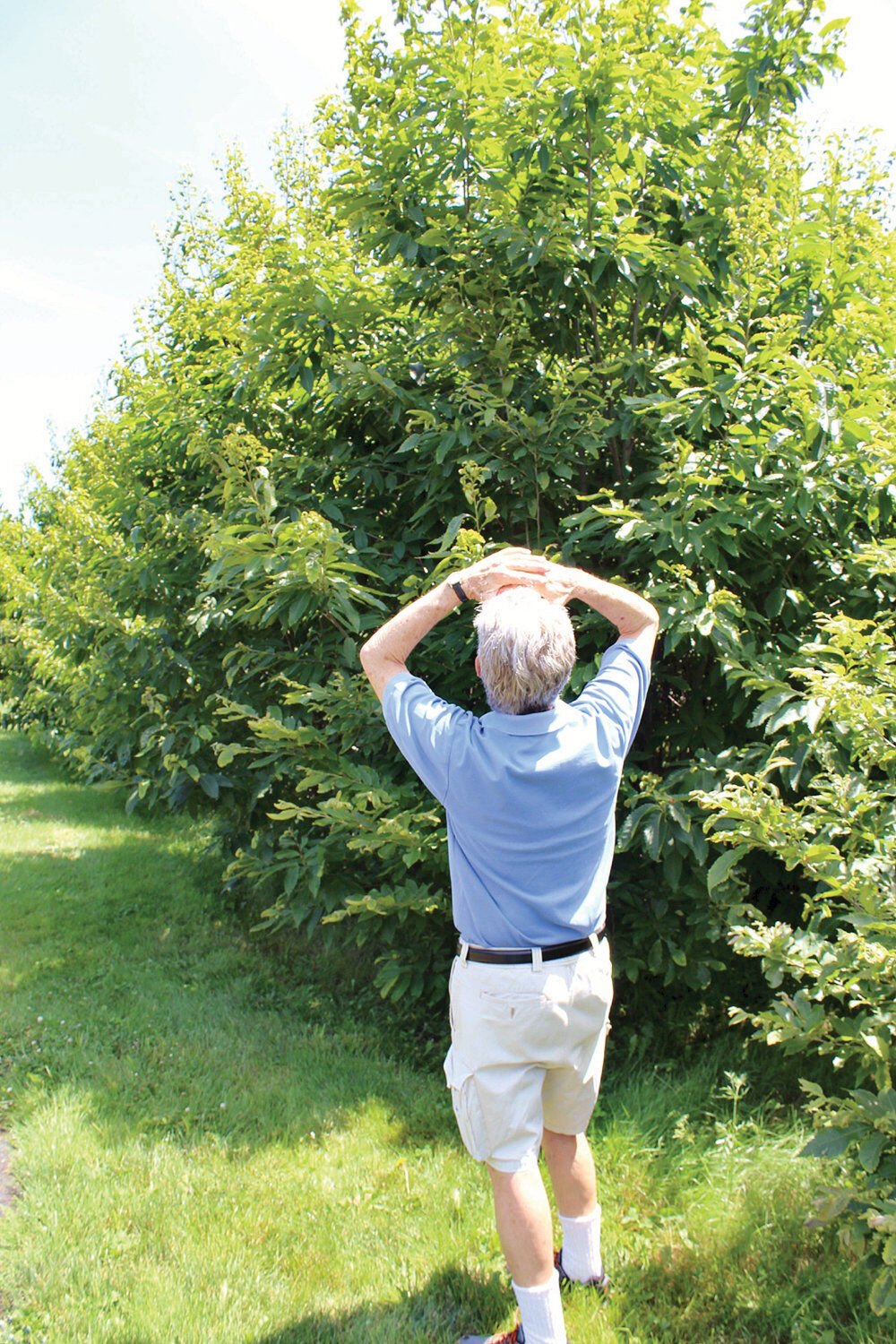 Mark Miller scanning a 6-year-old American chestnut on the way into a path through what photographer and columnist Thom Smith dubbed a "Chestnut woodlot.." 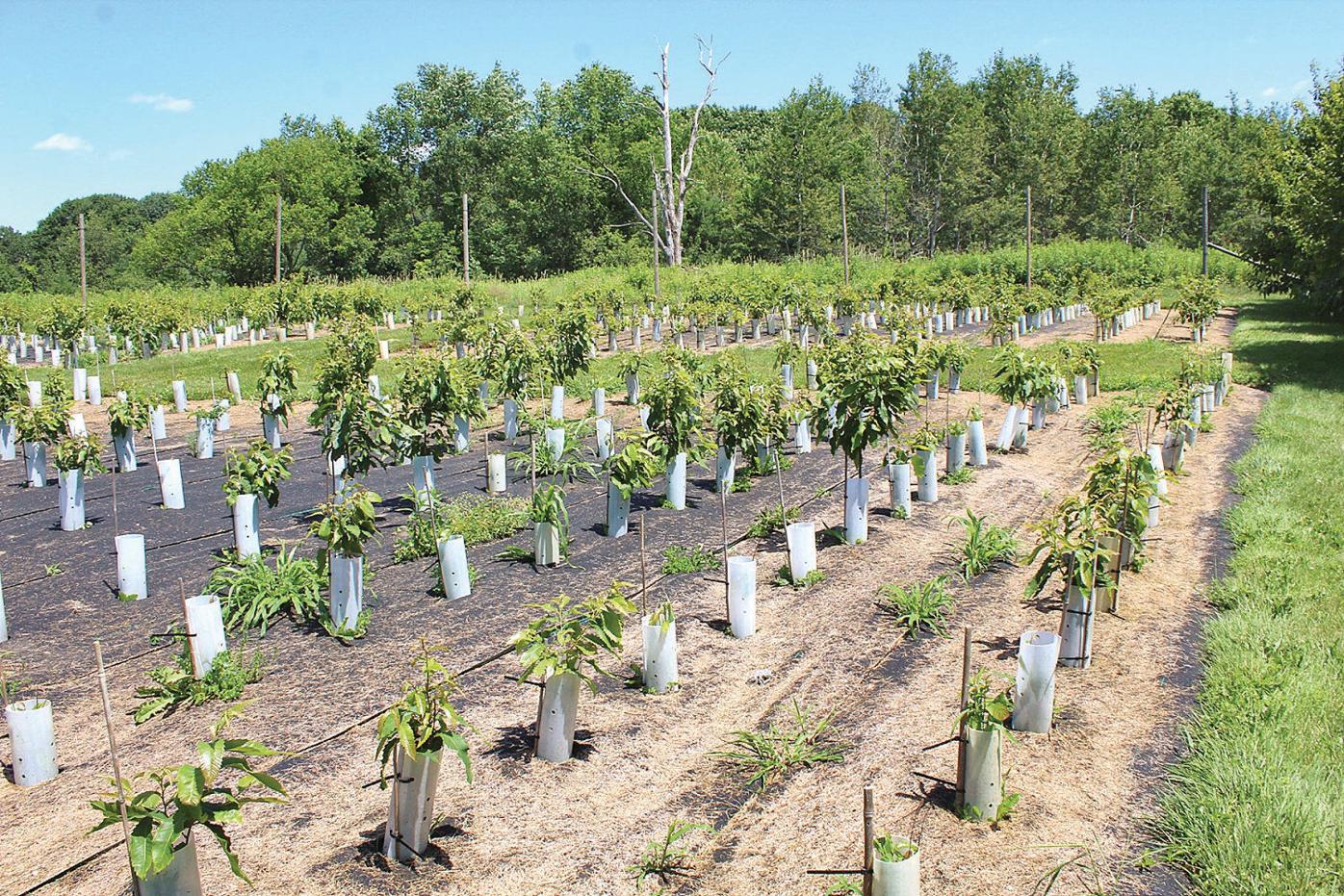 Mark Miller scanning a 6-year-old American chestnut on the way into a path through what photographer and columnist Thom Smith dubbed a "Chestnut woodlot.."

Long ago, the American chestnut was king!

My longtime friend Mark Miller has wanted to show me the American chestnut seed orchard, officially the Robert J. Presutti Chestnut Orchard, at Pittsfield's Springside Park for some time now, and last Sunday we decided on a whim to go the following day.

It hadn't occurred to me I would ever stroll through an American chestnut woodlot, certainly never in Pittsfield, and even though the oldest trees there are by no means mature specimens, they are tall enough to form a shaded canopy. Miller, who at one point volunteered at the chestnut orchard, knew enough about the mini experimental orchard to keep me fascinated. And when I got my bearings, I realized we were standing roughly a half-hour walk along the trails from my home — if I cut through a neighbor's yard, into the mixed woods. Most visitors would access the area by parking at The Springside House and walking the gravel road to the left or driving it with care. The orchard is enclosed with a deer-proof fence of probably just over an acre with 21 plots of different size trees.

The 15 feet or taller trees, that I dubbed a woodlot, shaded us from the delightful mid-July sunshine. The species is fast-growing and these are only 6 years old, if I understood correctly. Chestnut Blight was first discovered in 1904 at The Bronx Zoo, and by the mid-1950s, chestnut trees were, for the most part, history; some wrongly say extinct. The trees are not exactly extinct as these "Redwoods of the East" live below the ground as roots, sending up millions of sprouts that can be found throughout its native range from Maine to Georgia. Today, there is a National Recovery Plan with the goal of producing blight-resistant chestnuts. The blight wiped out nearly all of the four billion or more American chestnut trees as the 1900s progressed.

Today's small wild chestnut trees rarely reach 15 or 20 feet, and occasionally sprout from still-living roots before they, too, die of the blight. I recall first seeing small chestnut saplings, 4 to 5 feet or 6 feet tall, along trails on Lenox Mountain and along the Yokun Ridge in the 1960s and '70s, but suspect if I had returned maybe 10 years later, I would have seen only skeletons of hope.

Before the die-off, the fast-growing, rot-resistant hardwood was coveted for lumber. It was equally popular to people and wildlife, alike. For the poor, the chestnut was "manna from heaven," not only a treat and a nutritional food, but a source of income. Many chestnut barns and homes constructed in the 18th and 19th centuries still stand. The wood was also highly valued for barrels, railroad ties and telegraph, telephone and electric poles, fence posts, furniture and more, including coffins. Insects, from bees to butterflies, eagerly awaited the flowering of chestnuts. It is said, American chestnut honey was "the sweetest." In the late 1950s, I recall finding piles of chestnut trunks not far off Undermountain Road in Lenox, near the intersection of the road that once took us over Lenox Mountain into Richmond, passing a reservoir, where we saw a flamingo in August 1964, but that is another story. And, as far as the roadside harvest, I never learned if these were cut to clear dead wood or what. Today, houses occupy the location.

At Springside Park, we had hoped to see Robert J. Presutti and have him show us around, but he was out of town. As we were about to leave, we met Jim Pelletier, who had just arrived to do some mowing. He explained the larger trees will be thinned with only the most robust remaining. He said the Springside orchard was one of many experimental stations where "some individuals will be inoculated with the disease." The hope is finding a strain resistant to Chestnut Blight. He explained there are now 160 trees in 21 plots. Eventually, following genetic engineering, cross-breeding and back cross-breeding with other chestnut varieties (including the Chinese), the hope is to eventually have immune trees.

"This is a park [Springside] for everyone, a real diversity of usages. But, it is also a park people want to help out," said Jim McGrath, open spaces manager, citing cleanups and other volunteer efforts. "And, if you have been looking for a place to volunteer or just visit, know that you are welcome."

If you are interested in helping Pittsfield's largest park stay beautiful, email SpringsideNow@gmail.com or call 413-347-9877.