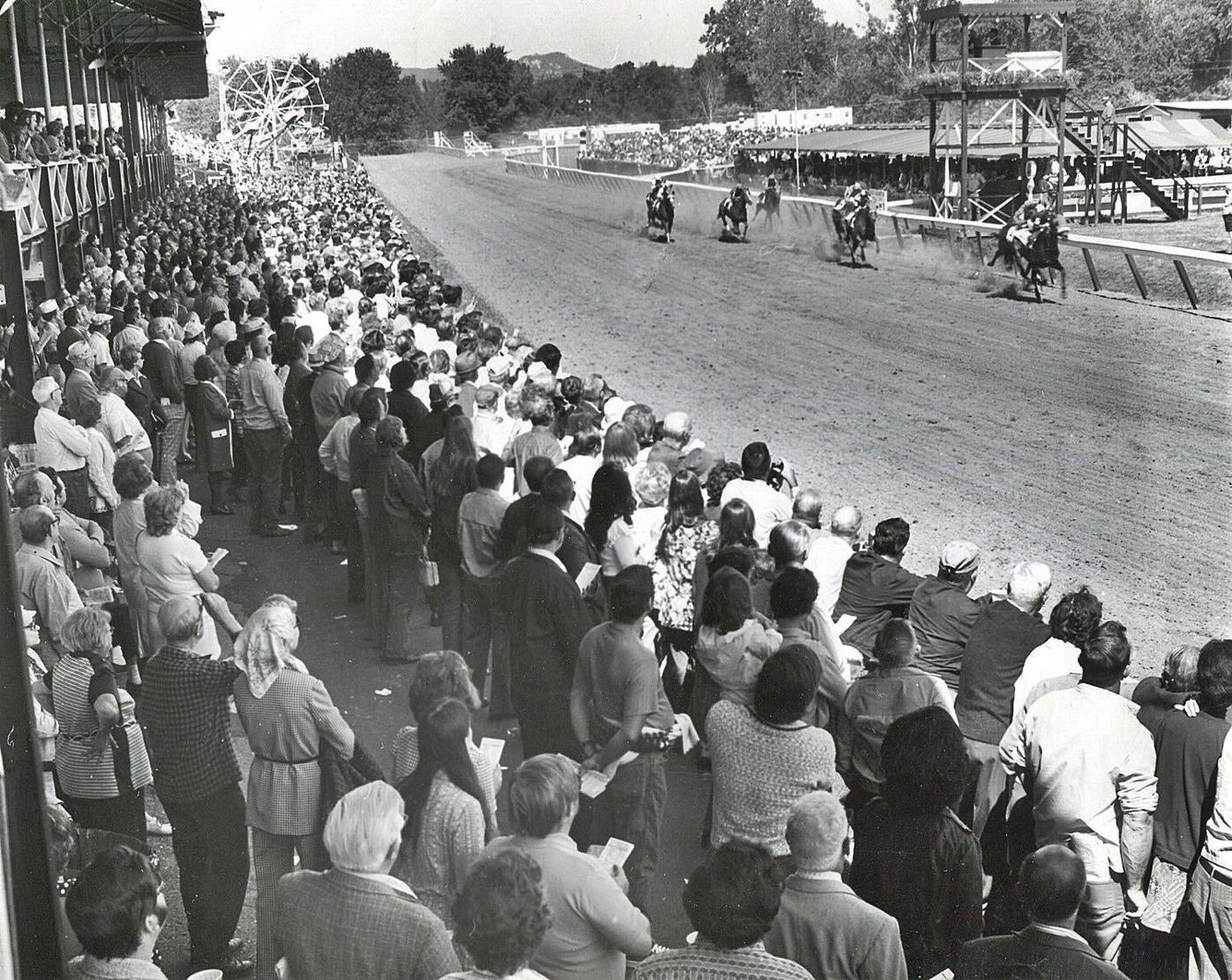 The company that operates Suffolk Downs in East Boston has reached an agreement that could bring thoroughbred horse racing back to the Great Barrington Fairgrounds as early as 2019. 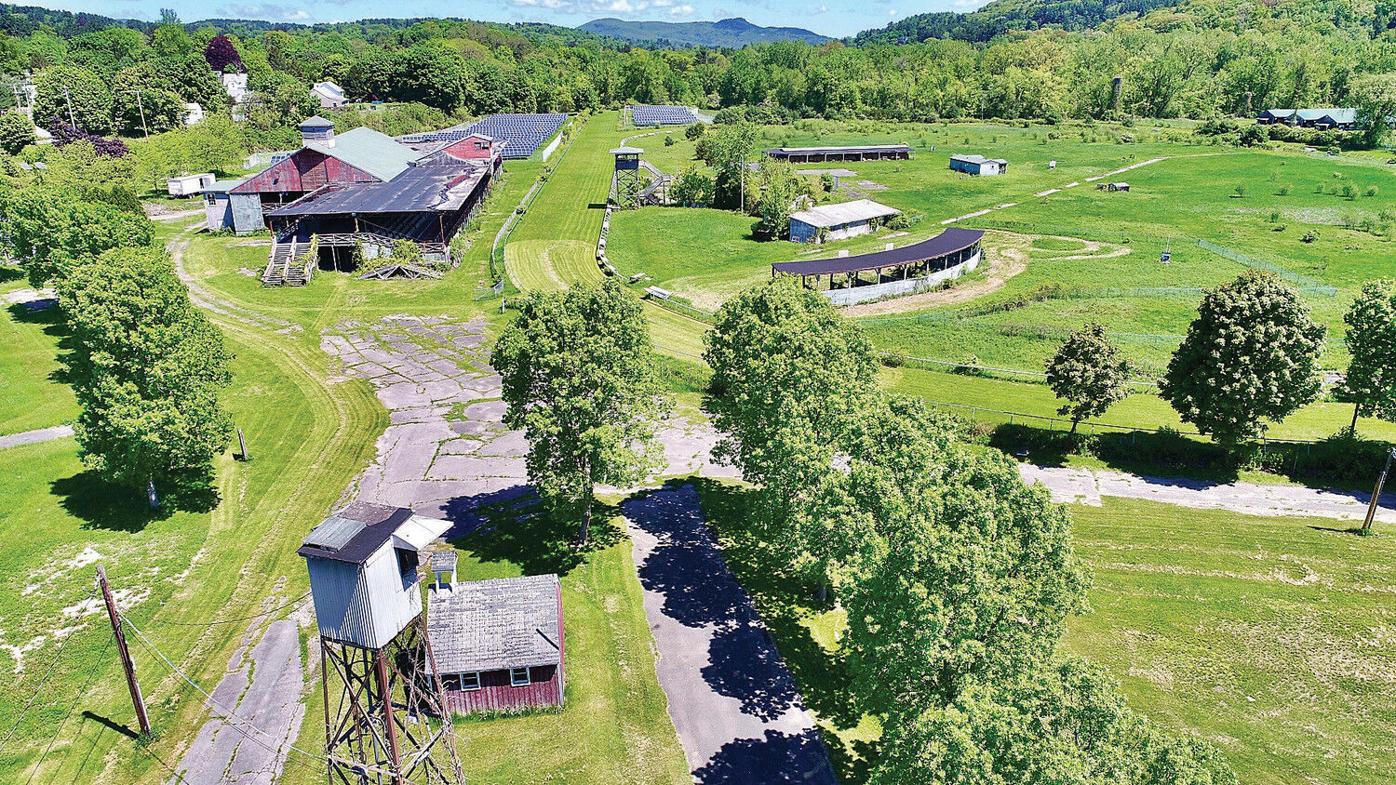 An aerial view shows the sprawling Great Barrington Fairgrounds, which could again host thoroughbred racing as early as next year. 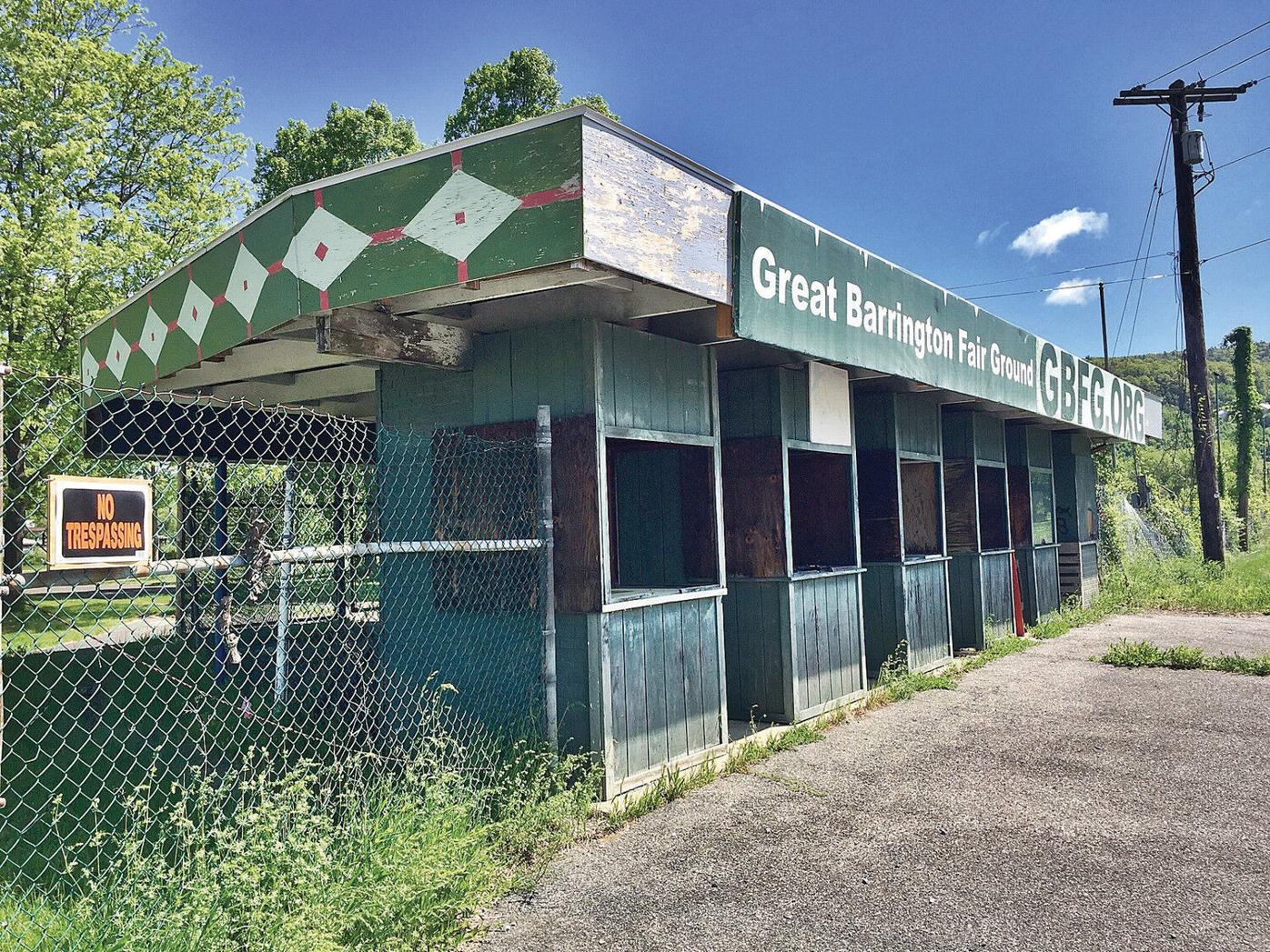 Ticket booths at the Great Barrington Fairgrounds could again come to life after 20 years of dormancy.

The company that operates Suffolk Downs in East Boston has reached an agreement that could bring thoroughbred horse racing back to the Great Barrington Fairgrounds as early as 2019.

An aerial view shows the sprawling Great Barrington Fairgrounds, which could again host thoroughbred racing as early as next year.

Ticket booths at the Great Barrington Fairgrounds could again come to life after 20 years of dormancy.

This story has been modified to reflect that the Suffolk Downs COO said he believes racing is consistent with the the goals of the fairgrounds owner.

GREAT BARRINGTON — The roar of racing thoroughbreds, which faded into local history decades ago, might once again thunder from the Great Barrington Fairgrounds.

The company that operates Suffolk Downs in East Boston has reached an agreement that could bring thoroughbred horse racing back to the racetrack as early as 2019. The track last hosted thoroughbred racing in 1998 — but only briefly, after a 15-year hiatus.

Under the agreement announced Wednesday, Sterling Suffolk Downs would refurbish the 57-acre fairgrounds and operate a commercial race meet at Great Barrington while continuing to operate simulcast wagering at its current location.

"We are excited to enter into this partnership which offers potential benefits to so many people and organizations in our community, Western Mass., and the surrounding area," fairgrounds owner Bart Elsbach of Sheffield said in a release. He and his wife, Janet, purchased the fairgrounds in December 2012 as Fair Grounds Community Redevelopment Project and Fairgrounds LLC Realty.

But before that can happen, modifications must be made to state racing and simulcast laws, which expire at the end of July.

Select Board Chairman Stephen Bannon told The Eagle that the board learned the news Wednesday, and was not sure whether the company would need a special permit.

"It's just too fresh to know what the process is," he said, "but we're excited to hear from them and to see what they have to offer."

Sterling Suffolk Racecourse, which has operated racing and simulcasting at Suffolk Downs since 1992, operates limited racing at the East Boston track, which this year is scheduled to take place on six days over three weekends in June, July and August, although more dates could be added in the fall. Suffolk Downs held eight days of racing last year.

Suffolk Downs, the New England Horsemen's Benevolent and Protective Association and the Massachusetts Thoroughbred Breeders are all seeking the modification of the state's racing and simulcast laws. In October, the three entities launched an effort to create the legislative, regulatory and business conditions that would allow for construction of a new thoroughbred racing facility in Massachusetts, as well as explore options for finding a new track site.

"I think what was announced was a joint agreement among our organizations to work towards our goal," said Ernie Corrigan, a spokesman for the association, "and Great Barrington would be the fulfillment of that."

The three organizations began looking at racetrack properties across the state at the beginning of January, said Chip Tuttle, chief operating officer of Sterling Suffolk Racecourse.

"We crossed the state from Cape Cod to Western Mass. to Central Mass," he said. "I looked at Great Barrington, I think, in March. It's still a spectacular setting. I was pleasantly surprised that a lot of the infrastructure required for a racing facility is still there ... with some investment and refurbishment, we'll be able to hold a very credible racing program in a really enjoyable setting."

Tuttle said his proposed use of the property was consistent with Elsbach's goals.

Tuttle's company is seeking a long-term extension of its license with the state Gaming Commission to operate thoroughbred racing in Massachusetts.

"The license is currently year to year," Tuttle said. "If we're expected to make a significant investment, the argument is that we need a reasonable extension of the license as well with the Gaming Commission.

"Great Barrington has a racing facility that's in pretty good shape," he said. "(But) it would take several million dollars to get it back in shape to host racing and to bring it back to the standards that we need it to be in."

Tuttle said the group has so far had only preliminary conversations with town officials about its plans, he said.

"The community has authorized racing and wagering in the past," Tuttle said. "A lot of thresholds for that requirement have already been met. We look forward to a dialogue with the town on how we can do this in a way that works for everybody and provide the most community benefit."

State Rep. William "Smitty" Pignatelli, D-Lenox, and state Sen. Adams Hinds, D-Pittsfield, said they are interested in the proposal, although neither knew all the details.

"I'm very intrigued by it," Pignatelli said. "I talked to those folks about it a month ago. Reviving a long-dormant property in Great Barrington will bring back a lot of memories for people, including me."

"I don't know what kind of gambling would be there beside the horse racing," he added. "We'd have to flesh that out. But conceptually, it's a good idea."

"I am excited to learn more, given the potential for new jobs and investment in a vacant facility with agriculture and tourism," Hinds said.

"I'd also note that we're close to Saratoga," he said, referring to the racetrack in upstate New York. "There's an opportunity to compete or make it a regional draw."

In Great Barrington, people were stunned and excited by the plans.

"I guess, it's going back on the tax rolls, then," said town Assessor Christopher Lamarre. "I'm floored."

Without knowing all the details, Lamarre said the deal would likely affect the tax-exempt status of the Fairground Community Development Project, which is a nonprofit. But he believes many dollars could flow from a restored racetrack.

"It could be a great boon to the businesses around here," he said, "and a big traffic issue."

"It's a great idea," he said. "It will help us revitalize the area. We can't have that spot empty. It's too big."

Business editor Tony Dobrowolski can be reached at tdobrowolski@berkshireeagle.com and 413-496-6224.