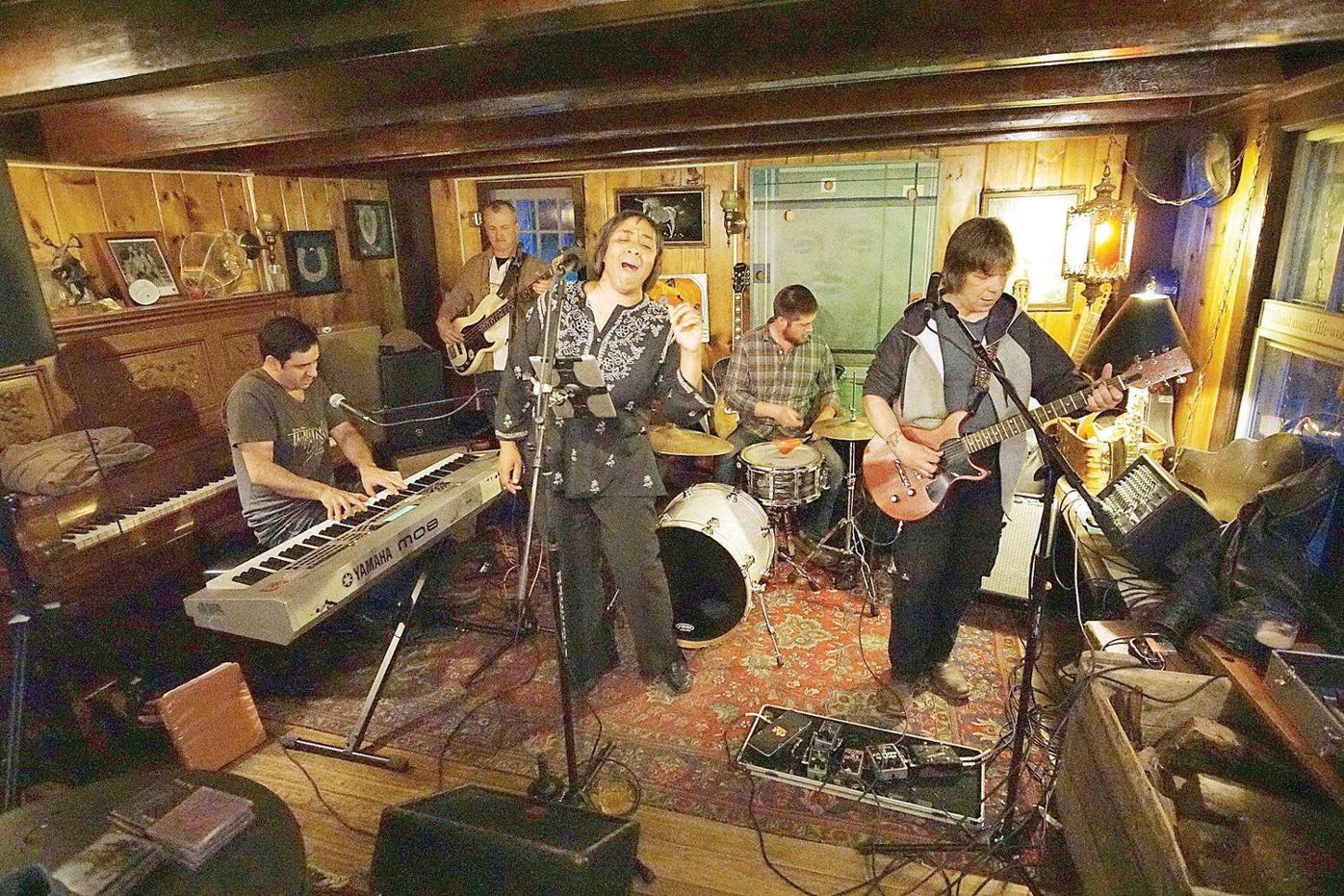 The band will celebrate its long music-making history with a concert at Mass MoCA's Club B10 on Friday night. 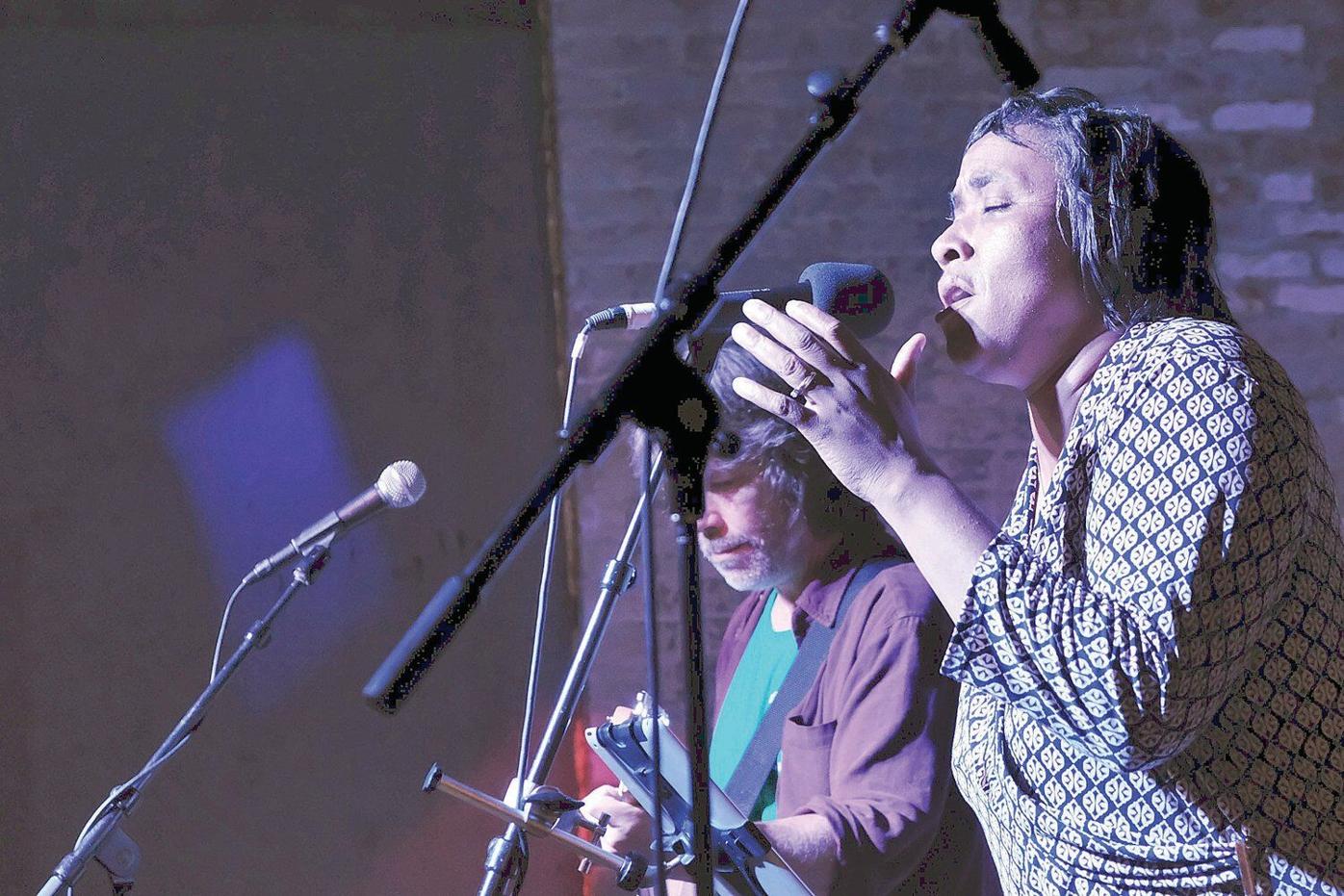 Misty Blues singer Gina Coleman sings the blues, with Jason Webster beside her on guitar. Both are original members of the band, which has had a reliable rotating cast of musicians in its 20 year history. 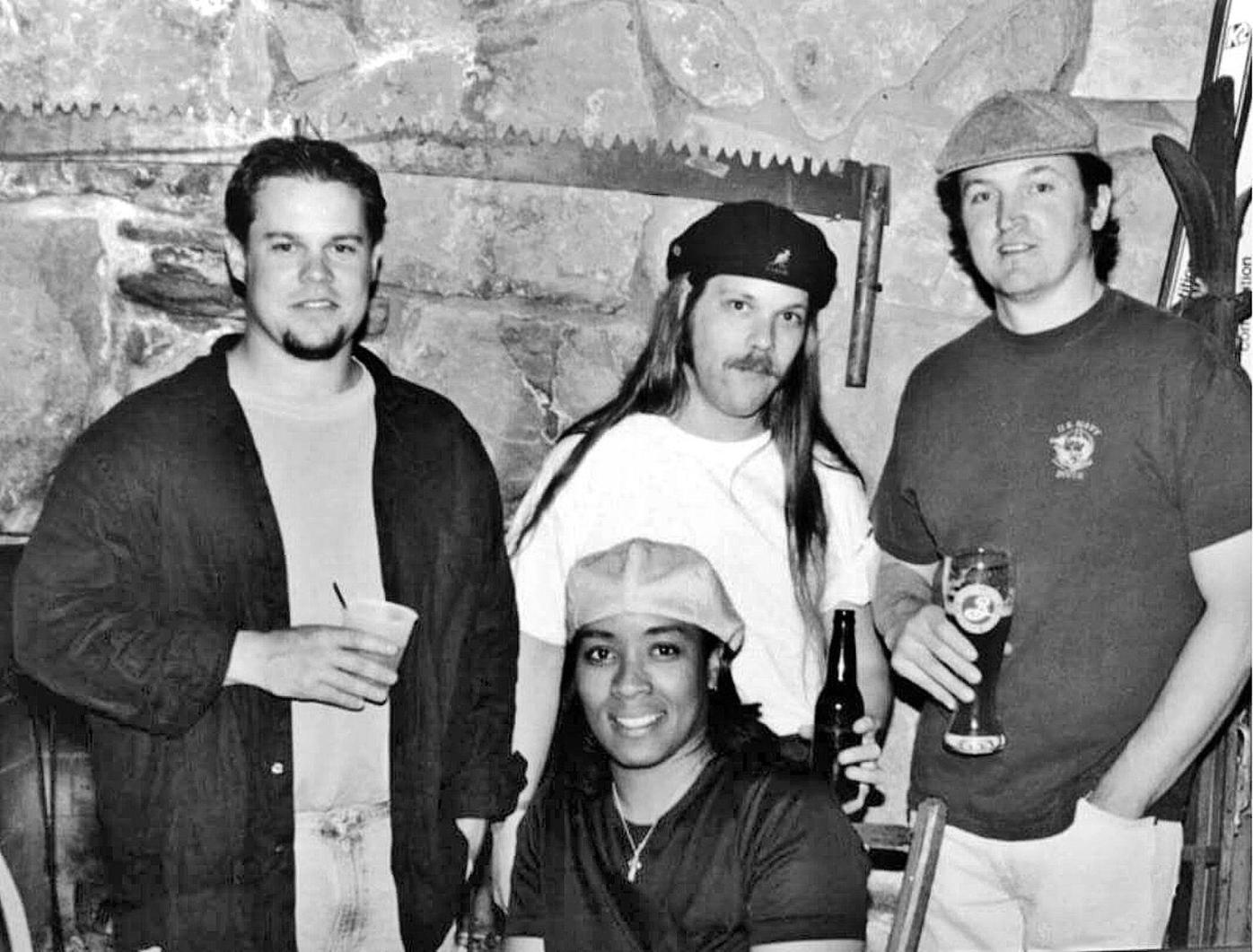 The band will celebrate its long music-making history with a concert at Mass MoCA's Club B10 on Friday night.

Misty Blues singer Gina Coleman sings the blues, with Jason Webster beside her on guitar. Both are original members of the band, which has had a reliable rotating cast of musicians in its 20 year history.

"It was probably Water Street," the singer said recently, referring to the Water Street Grill in Williamstown.

No, she said before the Berkshire group's standard Friday night performance at Firefly Gastropub, maybe it was the Charlemont Inn. Across the table, Bill Patriquin had a different idea: the Olde Forge Restaurant in Lanesborough.

Coleman and Patriquin can be forgiven for struggling to recall that fateful first night with fellow original members Dan Teichert and Jason Webster. That's because it was more than 20 years ago. Memories tend to mix after a while.

On Friday, Dec. 6, the band will have plenty of reasons to reminisce. That night, Coleman and company will play a 20th anniversary concert with a host of past members and contributors at the Massachusetts Museum of Contemporary Art's Club B10. In addition to the current lineup and aforementioned musicians, Kali Baba McConnell, Dan Esko, Dave Vittone, Wes Buckley, Derrick Rodgers, Diego Mongue (Coleman's son), Dave Lincoln, Matt Berger and Bob Stannard will all make appearances. The show arrives months after the release of the group's latest album, "Pickled & Aged," a record that, on tunes such as "Sweet Sweet Bourbon," makes references to the alcohol that pairs best with the blues: whiskey.

"There was an elixir theme," Coleman quipped.

Another common thread was musical expansion. Coleman continued to hone her skills on a cigar box guitar. Drummer Rob Tatten hopped on the tuba. Patriquin, a bassist, manned the trumpet at times.

"They deserve kudos for allowing me," Patriquin said, noting his horn skills aren't quite at the level he would like.

While Coleman and Patriquin have been with the group since the beginning, the other core members around the table on this particular Friday night — Aaron Dean, Seth Fleischmann and Benny Kohn — joined later. Misty Blues has long had a bit of a revolving cast, making use of a "farm team" that can replace missing members at the drop of a drum stick. On this night, Tom Major would be filling in for Tatten.

"They're amazing musicians, so it's kind of funny to call them the farm team," Coleman said.

Incorporating any one of them on a given night can provide a jolt of energy to the group. At Firefly, where Misty Blues will continue to be the house band through at least 2020, dance parties often break out during the band's sets.

"It's fun showing people that blues can be livelier than what they anticipated. It's been our tagline for a long time: 'groovable blues,'" Coleman said. "You're not just sitting in a corner, drinking your whiskey and sleeping and crying into your drink. You're going to move. You're going to have some fun."

The band is practice-averse, so sometimes, they're testing new material or arrangements on the fly.

"You've got to be on your toes," said Fleischmann, the band's newest member.

In the process, Misty Blues expands the definition of its name.

"I love how we're dancing around other genres with the blues — paying homage to the blues, but still really dipping our toe deep into some jazz, into Latin grooves," Coleman said, adding gospel to that list, as well.

The band wasn't always in such a rhythm. Around 2011, Coleman estimated, the group needed some new life. The addition of McConnell as drummer and the help of Charles Neville, the late Neville Brothers saxophonist who played "countless" gigs with Misty Blues, according to Coleman, led to a revival the singer calls "Misty Blues 2.0."

"That's when we really started writing a lot of original music," Coleman said.

Their efforts have received plenty of acclaim outside county lines in the years since. For example, the group was a finalist at The Blues Foundation's 2019 International Blues Challenge in Memphis. It was the second straight year the band participated in the annual competition, which multiple members cited as a highlight of their time with the group. More than a couple also mentioned a run of shows that took them through Birmingham, Ala. They'll be touring in the South this winter, too. With multiple educators in the band, school breaks often dictate the group's travel schedule.

"That's when we get to go on tour!" said Coleman, who is the principal of Mill Pond School in Richmond.

The singer particularly enjoyed a trip to Canada this past summer. Misty Blues performed at the Kitchener Blues Festival in Ontario and received "rock star" treatment.

"I got a little taste of that and have been jonesing for it ever since," Coleman said.

Dean agreed that getting to play on bigger stages would be the next step for a band that, after two decades, is still ascending.

"We all know each other now, and we listen for certain things," he said. "We've just really meshed as a group."