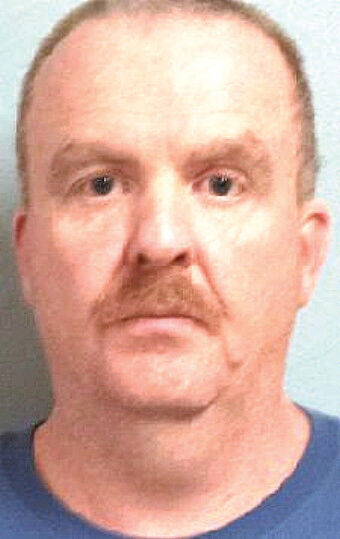 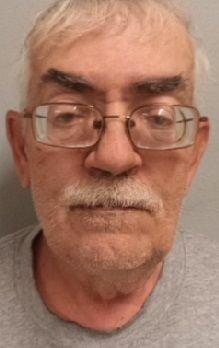 PITTSFIELD — Two men are facing charges for allegedly participating in a citywide prostitution ring involving multiple women — one of whom may have been as young as 15 — who were allegedly plied with drugs and threats.

Joseph E. Van Wert, 65, of Becket, and Randy W. Lambach, 45, of Pittsfield, are being held on charges including human trafficking pending dangerousness hearing Nov. 29 to determine if bail should be set and in what amount.

The investigation began in the spring of 2017 after police began receiving calls and complaints regarding apparent increases in prostitution throughout the city.

Most of the activity seemed to be centered around the areas of First, Adam, North, Linden and Wahconah streets, police said. Many of the women had been recruited by a white male named "Randy."

Randy would seek out women with a drug addiction, photograph them and post advertisements online, seeking clients for sexual services, police were told.

While conducting patrols around First and Second streets, police interviewed multiple women, many of whom admitted to being prostitutes, but declined to identify who "tricked them out."

One told police she didn't "street-walk," but instead got her "dates" through ads on backpage.com.

Police also began receiving reports of suspected prostitution from a North Street senior living facility, where Randy had driven at least five women to and from Van Wert's third-floor apartment.

One woman told police she was prostituted by Lambach for about a year and had sex with him for money or to pay off a debt on multiple occasions. Lambach photographed her and placed advertisements on backpage.com.

Men would contact Lambach via cellphone and a date, time, location and fee would be agreed upon. Rates were typically $80 for 30 minutes or between $160 and $200 for an hour.

Lambach would then contact the woman and drive her to the appointment, police said. He would sometimes wait outside or watch from a closet or doorway.

He would collect the money and keep anywhere from 50 to 90 percent of it. Sometimes he would keep all of the money and pay the woman with a few bags of heroin or some crack cocaine instead.

One of the women told police Lambach would drive her to appointments outside of Pittsfield, and on at least one occasion, outside of the state.

He allegedly recruited and transported about 10 other women in a similar manner and provided narcotics to those that used drugs to get them high before having sex.

Lambach allegedly threatened to turn the women in if they stopped working for him, and warned them the police would not believe them because they were, "drug addicts and whores." Police were told some of the women Lambach had recruited used to be his foster children.

He would host meetings between women and customers at Van Wert's apartment.

Van Wert allegedly paid for sex with the women and was paid by Lambach in cash and drugs for use of his apartment.

Another witness told police that Lambach approached her in August, telling her he ran a prostitution ring and showed her several photographs of women he said worked for him.

That witness said it appeared several of the women in those photos were very young and estimated the age of one at about 15.

Lambach allegedly said he also drives women to Springfield, where they prostitute themselves from a strip club.

Another witness told police Lambach may have been involved in prostitution and trafficking for about 10 years.

Other witnesses told police Lambach would threaten the women if he thought they were giving information to the police.

By mid-November, police felt they had enough probable cause to arrest the men.

Lambach was picked up without incident about 4 p.m. Nov. 14. Van Wert was arrested at his apartment shortly thereafter.

The investigation remains ongoing and additional charges may be coming.

The Pittsfield Police Department detective bureau, anti-crime unit, drug unit as well as members of the state police detective unit assigned to the District Attorney's Office, are assisting with this investigation.
Reach Bob Dunn at bdunn@berkshireeagle.com, at @BobDunn413 on Twitter and 413-496-6249.