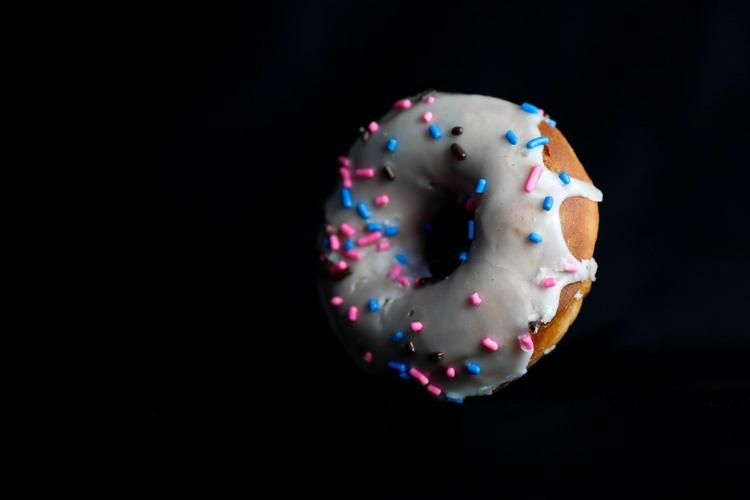 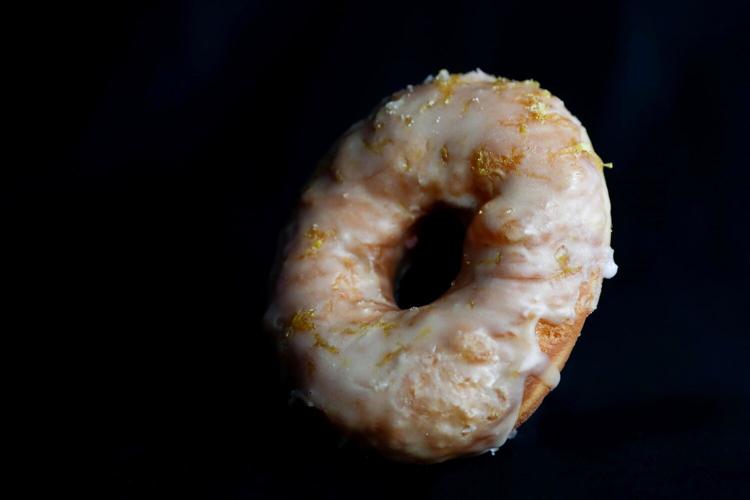 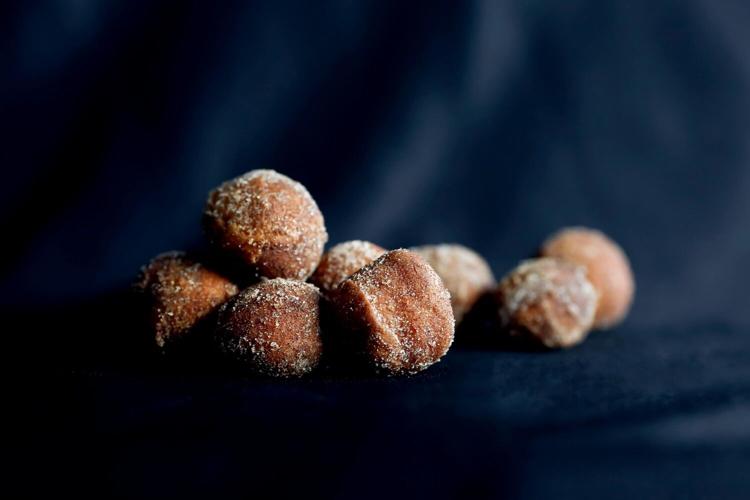 My mission one recent cold, slightly damp morning? "On your way in some morning, go to the new bakery shop on Tyler Street and get one of each doughnut they have so we can review them," Features Editor Lindsey Hollenbaugh instructed me. "Get a receipt so you can be reimbursed."

So, there I was, sitting in the parking lot outside the small bakery. It had been easy to find (Pittsfield can be quite challenging for this Northern Berkshire resident) with great signage — and as the name implies, it was on the corner of Tyler and Pine streets. From my vantage point, I could see the racks of glistening doughnuts directly behind the sales counter, which also held delectable-looking treats, and a display case in front of the counter.

How great a job I have, I mused as I walked into the bakery. I get to buy doughnuts. Doesn't get much better!

I walked in and was tempted to ask for one of everything in the shop ... but the boss lady had specified doughnuts. The featured flavors that day were Plain Jane, Raspberry Pistachio, Thin Mint, Cinnamon and Sugar, Maple Bacon, Lemon Ginger, Frosted Flakesss, and Cherries and Chocolate. My second visit two weeks later, (How lucky am I to have an editor who makes me go to a bakery a second time?) there were three new flavors to try — Lavender, Rosewater Lemonade and Orange Earl Grey.

All the doughnuts start with the same basic yeast recipe. What takes the doughnuts at Tyler and Pine Bakery over the top are the glazes owner Jessica Rufo and her staff create. Rufo said she took a basic doughnut recipe, added more eggs and less sugar than it called for, and created her own. The bakery makes an average of 300 of the fried beauties daily.

"Creating flavors for the glazes is an organic process," Rufo said in a recent phone interview. "Life is where our ideas come from — what we have in the freezer, TV shows we're watching and we bounce ideas off one another and talk about them." As an example, she said they recently were out of lemons, but had oranges on hand, which resulted in an orange/cardamom/rum glaze.

The shop originally offered six flavors each week, but Rufo has increased the number to eight. "It will stay at eight for awhile," she promised. She added the flavors that received the most Facebook feedback were the Raspberry Pistachio, Lemon Ginger and Maple Bacon.

In addition to doughnuts, Rufo said the bakery offers homemade poptarts, a selection of dessert bars, cinnamon buns, muffins (two flavors each week), mini fruit tartlets, eclairs, French macaroons, cupcakes, raspberry swirls, ham and cheese pockets, scones and an array of cookies, including the Dirty Dottie (corn flakes, potato chips, chocolate chips and coffee ... oh my!), brownies and tiramisu. The bakery does take orders the morning of or the day before the order is wanted; customers must pay in advance by credit card over the phone.

"We're trying to expand the staff," Rufo said. "If we find the right fit, we hope by summer to be open seven days a week."

After trying 11 flavors of doughnuts (a few more than once, to be honest), the Eagle features department decided their favorite flavors were Raspberry Pistachio and Lavender.

The taste testers said the Raspberry Pistachio as worth going out of the way for. "The raspberry glaze is good and there aren't enough pistachios to scare away anyone who doesn't like them. I would get a dozen of these!"

The lavender doughnuts they agreed had an a nice herbal after-taste rather than just a sweet after-taste. "It's sweet; I like that!"

Another top contender was the Maple Bacon, with the tasters liking the salty and the sweet, and the real bacon and real maple tastes that weren't too overwhelming. "It's breakfast all in one."

Also note-worthy were the Lemon Ginger, which tasters said had the perfect proportion of lemon and ginger, adding though, that "ginger lovers might want more ginger."

The Plain Jane doughnut — ours had colored sprinkles on it — was exactly what its name claimed, with the tasters agreeing it was a solid plain doughnut.

And let's not forget about the free — yes, free — doughnut holes thrown into each box. What's not to like about doughnut holes sprinkled with cinnamon and sugar that you can pop into your mouth? We used them as a palate cleanser in between each doughnut flavor.

Warning: If you're looking for a cake-like dense doughnut, this is not the place. These doughnuts are more airy, beignet- like almost. Also, these specialty doughnuts aren't your average doughnut-store cheap: $2.25 each, or $24 for a dozen. (But seriously, those raspberry ones ... we'd fork it out again.)

May we also suggest planning a light lunch if you'll be planning a taste test of your own?