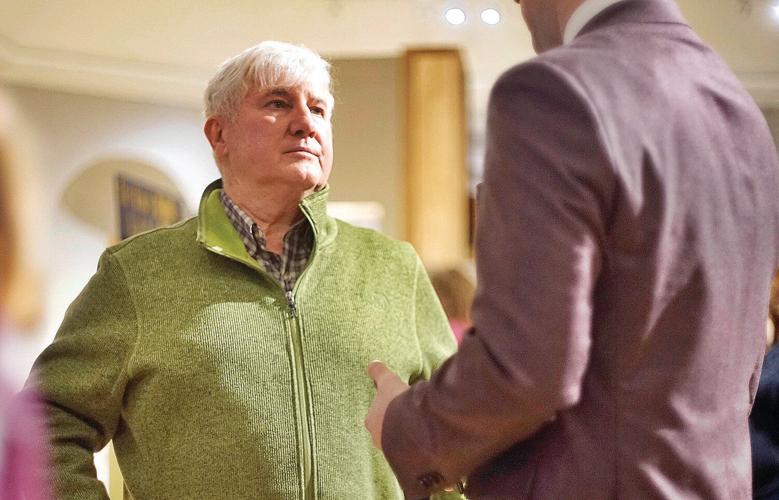 Van Shields, shown in February, has stepped down as executive director of the Berkshire Museum. 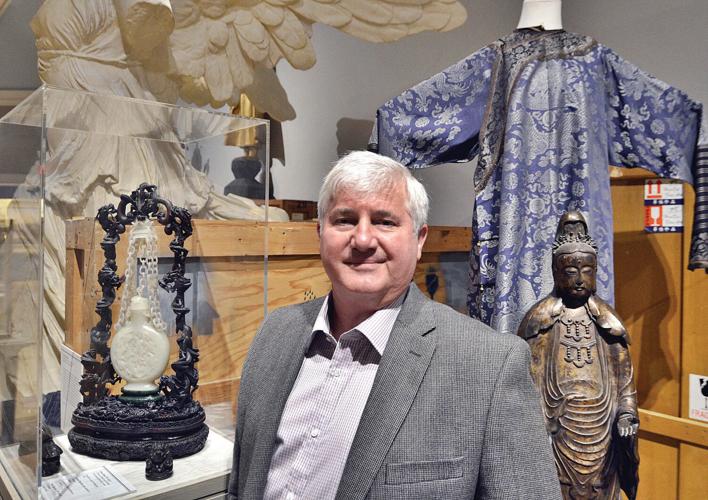 Van Shields, shown in 2013, has stepped down as executive director of the Berkshire Museum. 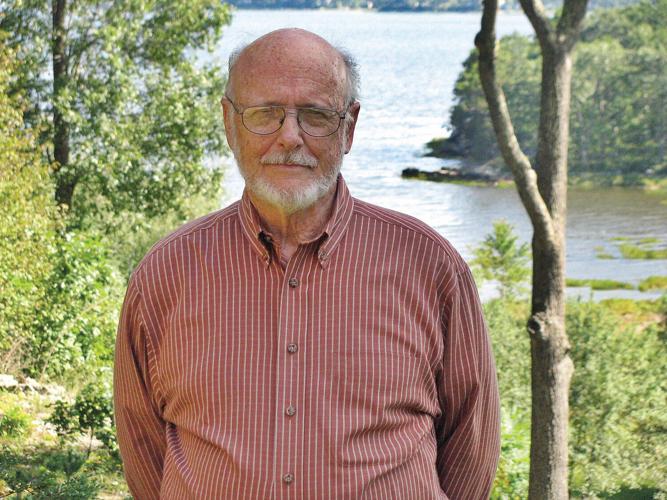 Van Shields, shown in February, has stepped down as executive director of the Berkshire Museum.

Van Shields, shown in 2013, has stepped down as executive director of the Berkshire Museum.

PITTSFIELD — After taking the helm at the Berkshire Museum in 2011, Van Shields surprised his new colleagues by talking about "monetizing" the Pittsfield institution's collection.

It took six years, but talk brought results: The museum holds $47 million in proceeds from recent art sales, with another $8 million expected. It seems a "mission accomplished" moment for Shields — and on that note he'll bow out.

The museum's board president on Thursday said Shields has retired, and she thanked him for helping to "chart a course to secure the museum's future, true to our mission and responsible to our community."

Trustees named a consultant to run the museum on an interim basis. They plan a national search for a full-time replacement. Shields' resignation became effective Thursday and he is no longer listed on the museum's website.

Shields, who was paid $138,571 a year as executive director in 2017, declined to comment when reached by telephone.

"The news release speaks for itself and that's all I want to say," he told The Eagle.

Carol Bosco Baumann, the museum's spokeswoman, said Shields decided on his own to leave, not at the request of the board. She declined to say whether he received a retirement incentive package.

"The museum does not and will not discuss personnel matters," she said.

After announcing plans on July 12, 2017, to sell up to 40 works of art, Shields became a polarizing figure in the local and national museum community.

He's been lauded by some for taking bold steps to mend the museum's balance sheet, but pilloried by others who feel he and trustees looted the institution's heritage and violated ethical practices on collection management.

In a statement released by the museum, Shields, who lives in Pittsfield, thanked staff and trustees and praised "community partners who share our belief in the museum's power to transform lives."

"We have charted a course that will well serve the museum and this community," Shields said in the statement.

The museum said it has tapped consultant David W. Ellis of Cambridge, a trained chemist, to fill in as leader during the search. He will be assisted by Nina Garlington, the museum's current chief engagement officer, who will take a new position as chief of staff.

Garlington and Craig Langlois, the museum's chief experience officer, filled in as co-executive directors for two months last fall when Shields was on medical leave for treatment of a heart condition. An online directory lists his age as 68.

For much of the past year, the museum has been on the defensive, overcoming two lawsuits and responding to a blizzard of document and interview requests from the office of Attorney General Maura Healey.

While the museum eventually came to terms with Healey's office about art sales, Shields' critics had continued to call in published statements for his removal from the position.

The citizens group Save the Art-Save the Museum issued a statement Thursday asking trustees to postpone further art sales until a new permanent director is hired. The board said this week it plans to sell nine more works, seven in private transactions and two in a September auction at Sotheby's. The sales aim to bring total net proceeds from sales to the $55 million allowed in a Supreme Judicial Court ruling in April.

Save the Art said it welcomed word of Shields' retirement.

"This provides the museum with a new opportunity to engage the entire public and proceed with greater transparency as it seeks new leadership for this important regional institution," the statement said.

"Our grassroots efforts have successfully drawn attention to the mismanagement of the museum," the group said. "We continue to urge the museum to open up its planning process and to respect the substantial proportion of the community who wish to restore its original role as a multi-disciplinary cultural institution of art, science, and history."

County officials in South Carolina fired Shields that August. In a 2011 interview with The Eagle, Shields blamed conservative political opponents for not embracing his vision for a new $60 million museum project that had faltered.

Shannon A. Wiley, deputy general counsel for the South Carolina secretary of state, referred issues related to the museum project to that state's attorney general, citing various concerns. One was the fact that "a lot of money" had been spent without results," Wiley said in her referral letter. She also flagged possible conflicts of interest.

The AG's office closed the case without taking action.

The museum's plan to sell art from its collection received international attention even before two groups of plaintiffs and Healey's office stepped in to block it.

The museum maintained it was not legally bound to apply proceeds from art sales to the care of its collection. Nine months after announcing its plan, it secured permission from the Supreme Judicial Court to beef up its endowment so it could cover a deficit and to use other proceeds to pursue a "New Vision."

That programming shift is said to involve more interdisciplinary exhibits, a change the museum attributes in part to leadership by Shields.

In its statement Thursday, the museum said Shields notched successes in his tenure, including gains to make the museum more relevant to its community. He also introduced an early childhood education program called WeeMuse and expanded the museum's work with area schools.

"He played a key leadership role in developing the museum's master plan announced in July of 2017," the museum statement said. That proposal, developed over several years, called for creation of new exhibit space and a new emphasis on multimedia and interactive displays.

Through the course of litigation since October, the museum amplified the message that the loss of reliable large donors had left it financially vulnerable and that is was running a roughly $1 million-a-year deficit.

Unless its endowment grew by some $40 million, trustees said, the museum risked closing.

But Shields' critics continued to question whether the museum's financial situation was as dire as it claimed. They hold him responsible for the loss of some of the most prized works in the Pittsfield collection, including two paintings by Norman Rockwell that had been donated by the artist himself.

Lynn Villency Cohen, a part-time resident of Berkshire County with museum experience, said directors of institutions like the Berkshire Museum come and go and should be judged on how they embrace the past and care for collections.

"For over a hundred years of Berkshire Museum directors, the leadership and staff exhibited, protected, and cared for the art — the highly regarded, beautiful works — 22 of which are sold or are in the process of being sold," she said Thursday.

"Van Shields should be looked upon as an accomplice to the board and its destruction of a community's historical treasures," Cohen said. "His face will forever be the poster boy for the destruction of the art collection. That is his legacy in the Berkshires."

Carol Diehl, of Great Barrington, another critic of the art sales, takes Shields to task for what she views as flawed financial oversight, noting that in 2015 he was quoted in a news article as saying the museum was "in a good financial position."

Instead, Diehl argues, Shields pressed with board support for the art sales, in defiance of museum norms.

That quest, she said Thursday, "sold off its most tangible resources while dividing the community in a rift that will take decades to heal — a disaster that has made national and international headlines."

Attorney Mark S. Gold advised museum trustees on their ability to sell works from the collection. He contributed a chapter called "Monetizing the Collection: The Intersection of Law, Ethics, and Trustee Prerogative" to a 2015 book.

Shields provided a blurb comment for the back of the book, writing: "At last we have a practical and accessible resource to understand current and critical issues at the intersection of law and museums today, authored by thought leaders in the field."

Ellis, the museum consultant who will act as interim leader, said he welcomes the chance to bring stability to the South Street institution.

"I hopefully can help. I really care about these institutions," said Ellis, who at 82 is a veteran of other fill-in assignments and served as president of the Boston Museum of Science from 1990 to 2002. "I like people and challenges and putting it all together."

Bosco Baumann said Ellis is studying the museum's issues and meeting with staff and trustees.

Ellis said he plans to begin work in July by spending a day or several days at a time in Pittsfield, while consulting with Garlington, the new chief of staff. He said he expects to step up his involvement in August, though he advised trustees he has commitments for parts of September and October.

"I'll be fitting it around those," he said of his new assignment.

Though Ellis said trustees have not estimated how long their search for a new full-time director will take, he believes from his experience it could be six to nine months. Ellis has served as interim leader of the Boston Children's Museum and the Harvard Museum of Natural History.

In the next six months, trustees have said they will fine-tune how they will implement the New Vision plan regarding a new approach to exhibits.

Trustees have said they are considering whether that will include creation of atrium space through a major remodeling project.

"I think the board does have a lot on its plate," Ellis said in a phone interview Thursday.

Meantime, he said he is working his way through a stack of materials related to the museum's master plan, the process that resulted in the art sales approved by the SJC in April, in spite of community opposition.

Ellis said he has not been briefed by Shields on pending issues. When asked if he expected to meet the former director, he answered: "I would hope so, but I don't know when."

Ellis said he followed news reports about the museum's art sale, including the sanctions it received from museum groups. Ellis is a member of one trade group critical of the museum deaccession, the American Alliance of Museums.

"One has to be sensitive to the kinds of questions that have been asked," he said, when asked about any risk that the museum may become isolated from the wider arts community. "I'm not going to point fingers. I'm just going to look ahead."

Though he trained as a scientist, earning a doctorate in chemistry in 1962 from the Massachusetts Institute of Technology, Ellis said his parents often took him to museums and taught him to appreciate culture and ideas.

Today, he believes museums play an important role in community-building.

"Museums have something really important to offer," he said. "Big medium or small I think these institutions provide very real services."

PITTSFIELD — Though Van Shields and Elizabeth McGraw no longer are with the Berkshire Museum, they will reunite this week to explain the museu…