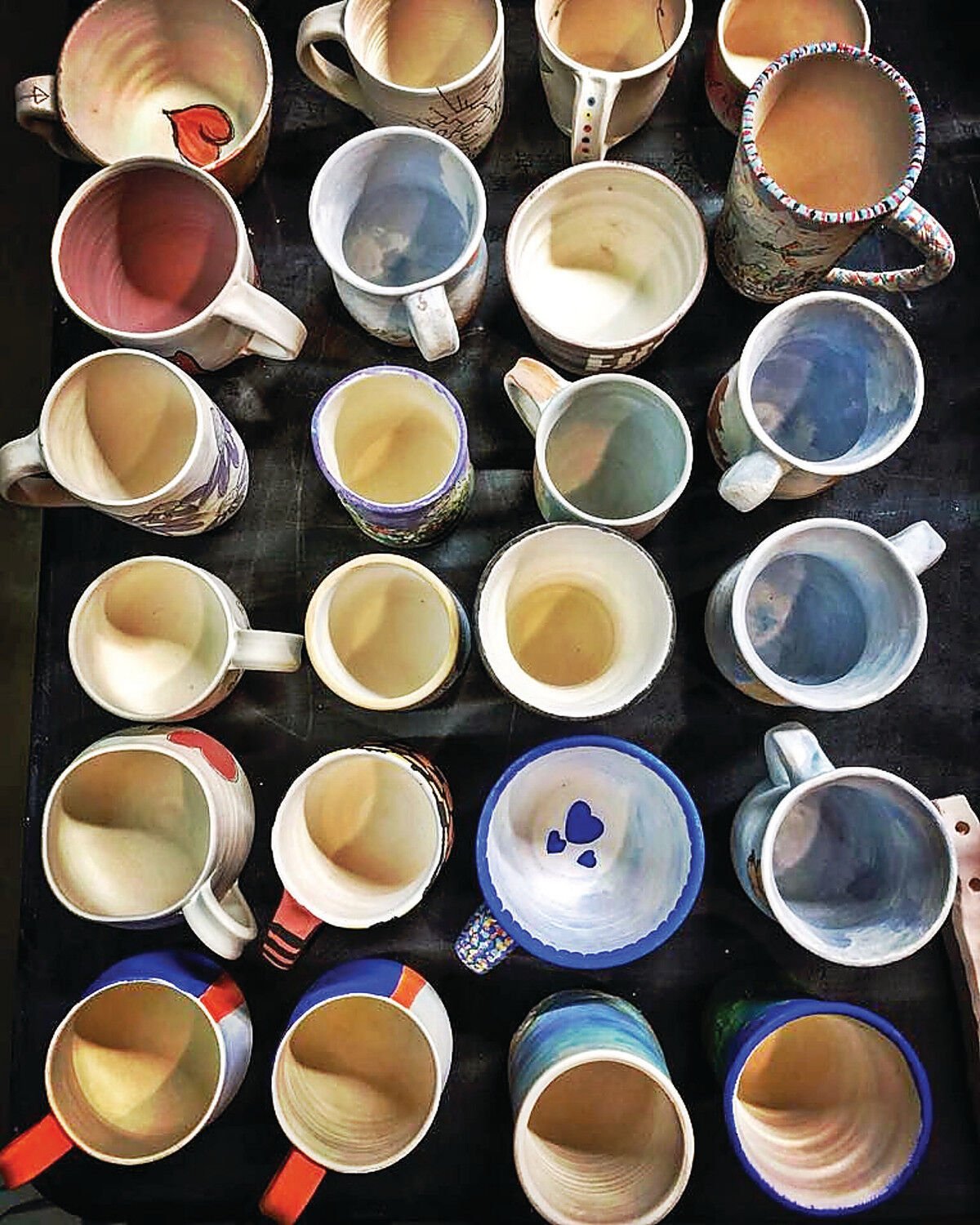 The project has raised more than $10,000 for Berkshire Immigrant Center. 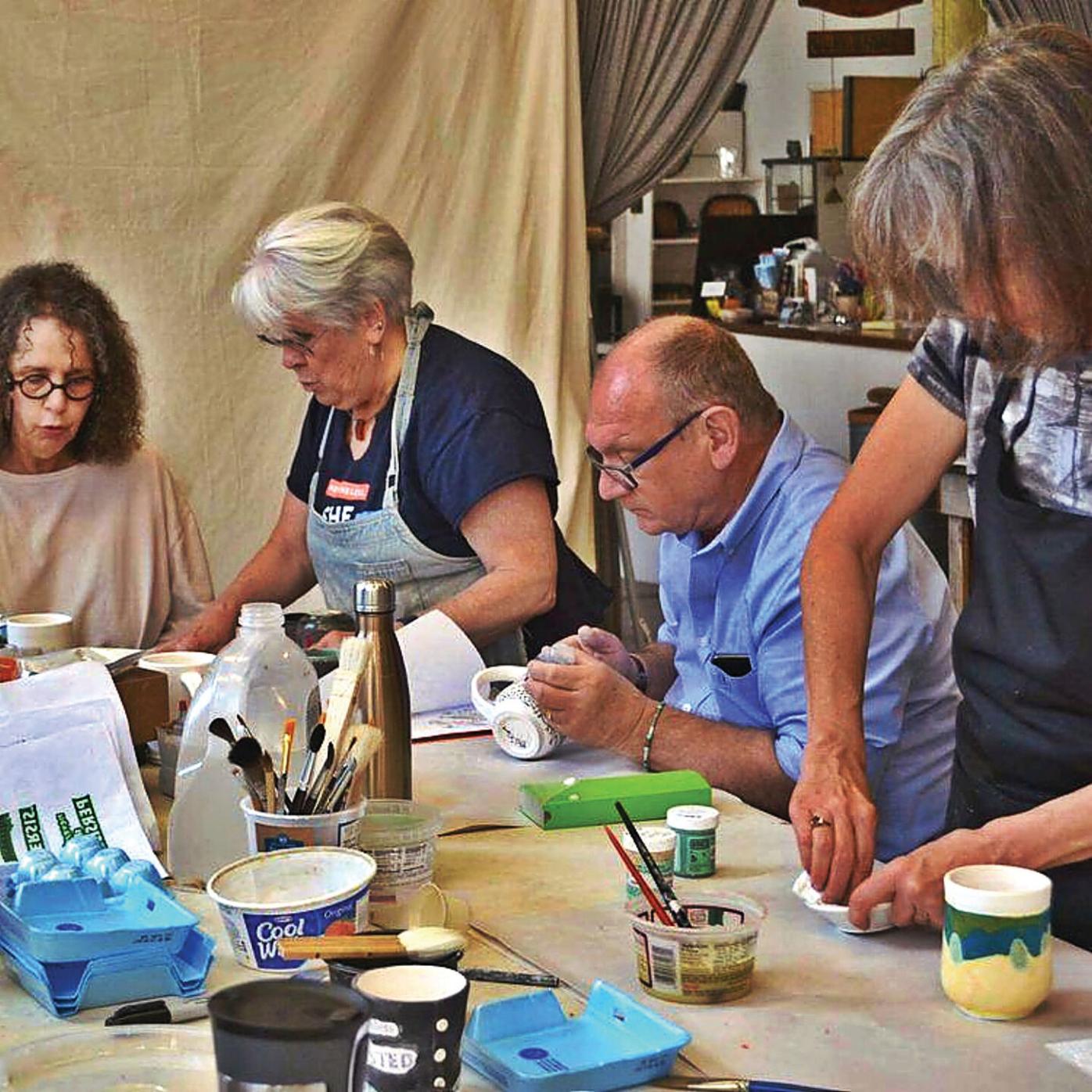 Artists from across Northern Berkshire county from different areas of expertise worked together to create the final products for Vessels for Change. 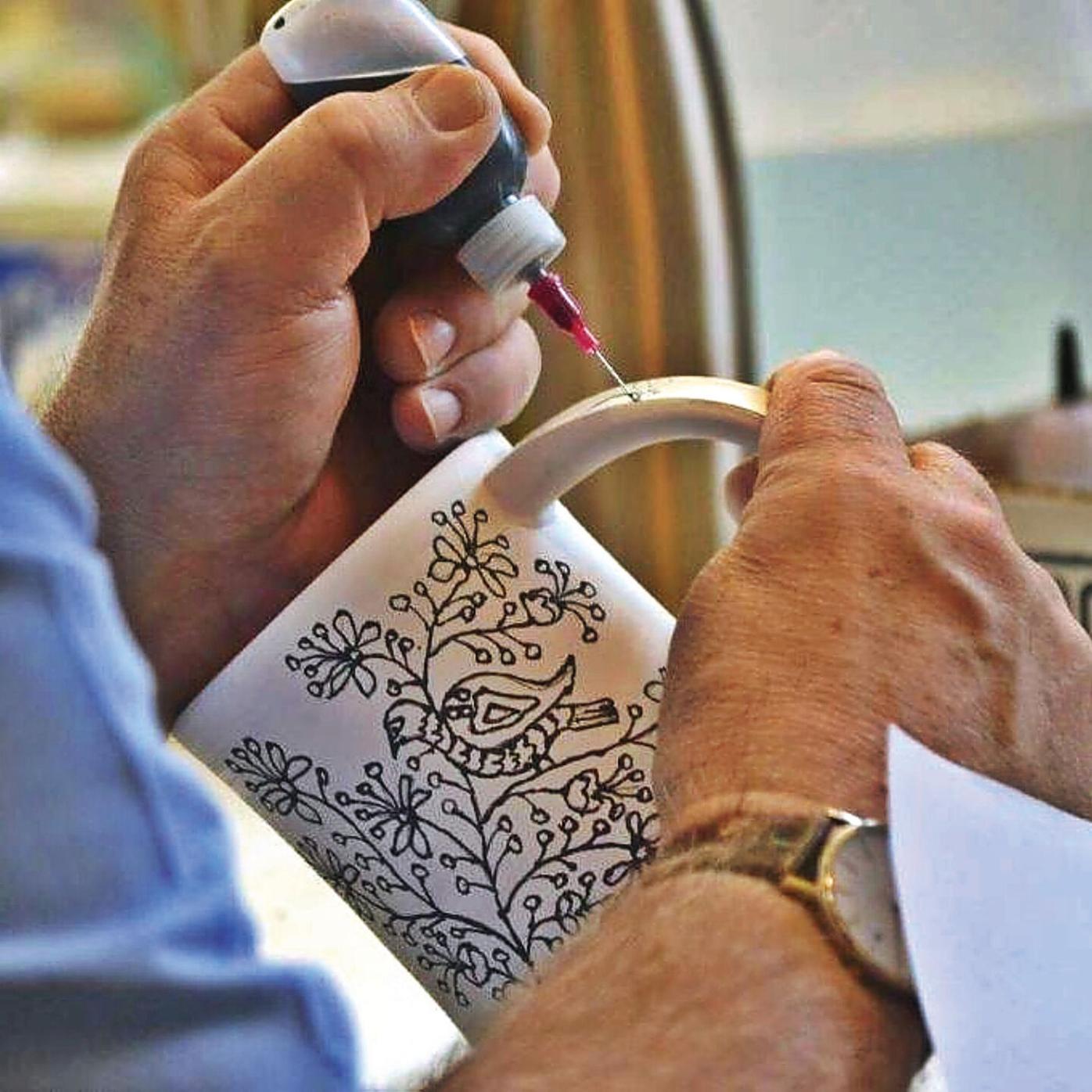 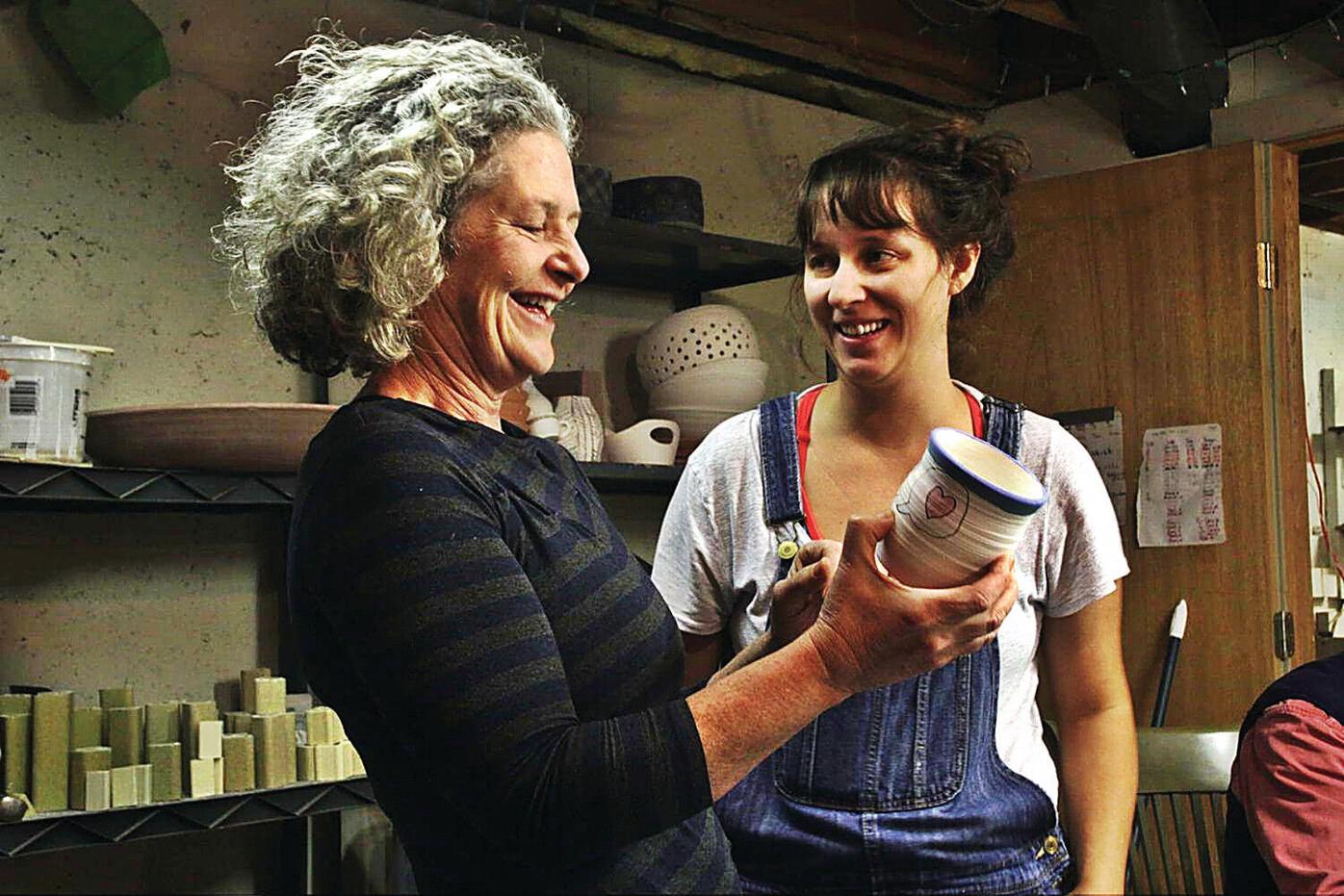 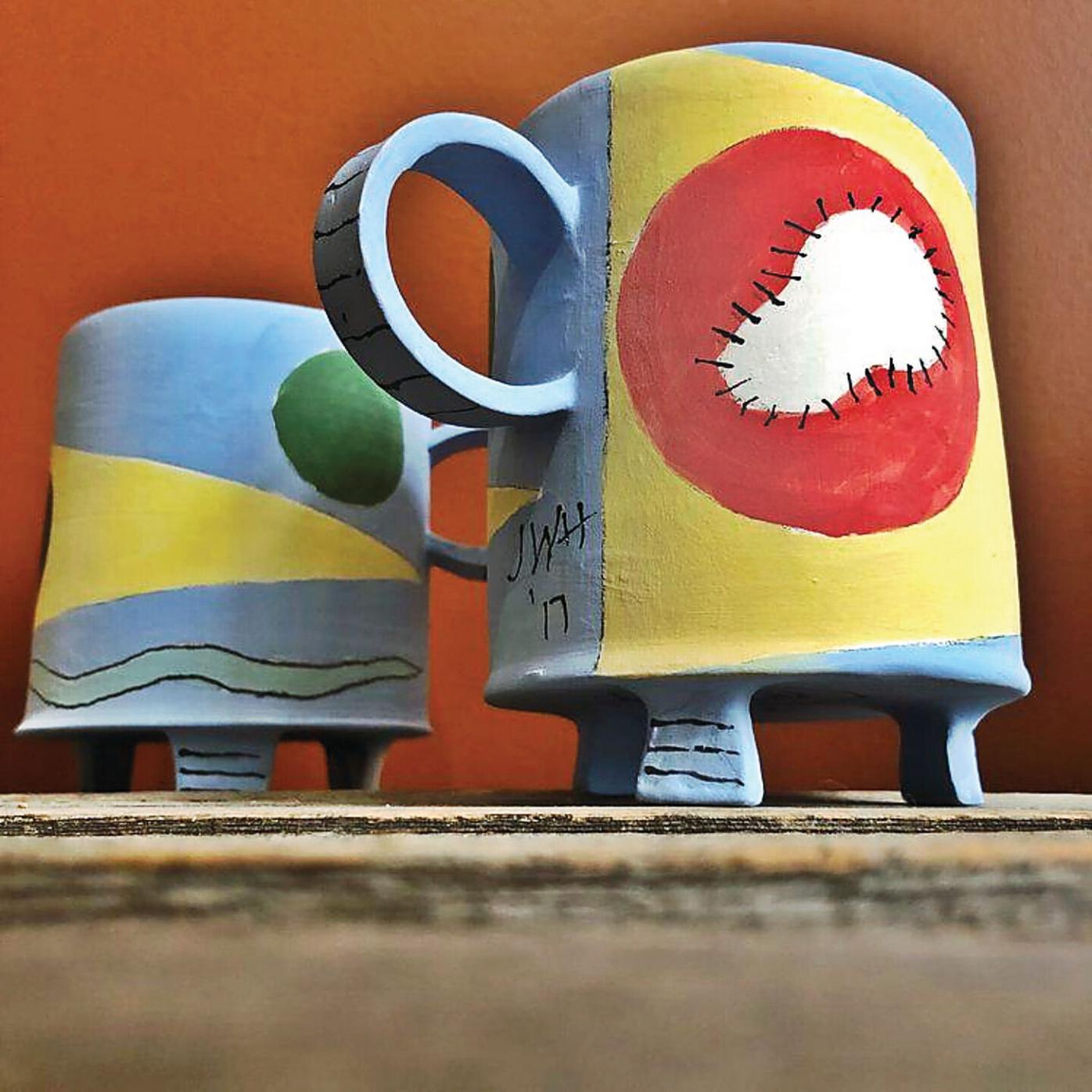 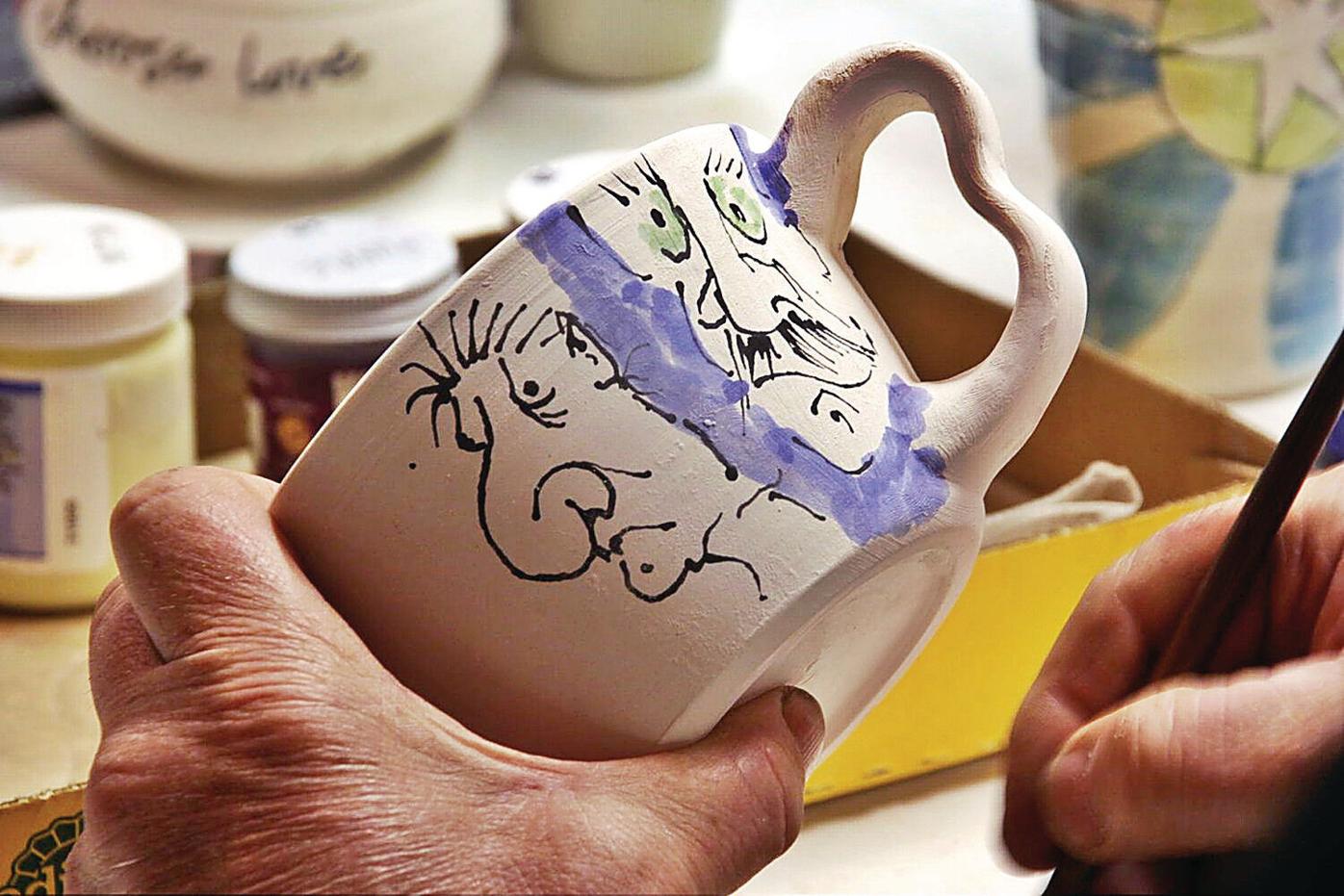 A mug by Richard Criddle.

The project has raised more than $10,000 for Berkshire Immigrant Center.

Artists from across Northern Berkshire county from different areas of expertise worked together to create the final products for Vessels for Change.

A mug by Richard Criddle.

NORTH ADAMS — The current political and social unrest in the country is enough to get anyone fired up, including Williamstown ceramic artist Stephanie Boyd.

Her breaking point came with the news of August's gruesome clashes near the University of Virginia in Charlottesville between torch-bearing "Unite the Right" rally proponents of white nationalism and supremacy and counter-protesters representing multiple races, ethnicities and religions. The Washington Post would go on to characterize the Aug. 12 incident as a "day of rage, hate, violence and death," starting with hurled insults and ending with a car plowing into the crowds, killing one person and injuring multiple others.

"After the incidents in Charlottesville, I thought 'I have to do something,'" Boyd said.

So, she fired up her kiln.

Boyd made six mugs painted with the phrase, "Nevertheless, she persisted," adopted by the feminist and other social movements as a form of resistance to being silent on important issues. She shared pictures of them online in a pop-up benefit sale for $100 each with the intent of donating all of the proceeds to support the civil rights work of the Southern Poverty Law Center. She sold out within a few hours. The success of that project led her to convene something larger to benefit a local organization.

"I got to thinking maybe there was something bigger that could be done, so I kind of rounded up a few friends and suggested the idea of making more mugs and selling them," Boyd said. "Virtually everyone asked to participate responded with enthusiasm. Our community wants to do something positive to provide some counterpoint to the negativity we see in the news every day."

The potters all donated their time to make more than 100 mugs for the other artists to paint. Sheffield Pottery, Williamstown Community Chest and Ray Bub also supported the project.

Boyd and her fellow artists dubbed the concept "Vessels for Change," and began reaching out to other creative friends joining in. The collaborative effort opened local pottery studio doors to more than 60 artists, who in October created more than 100 one-of-a-kind handcrafted and hand-painted mugs. Unspecified which one a buyer would end up with, people could claim a mug at $100 each through an online gallery, knowing that all proceeds from the sales would be donated to the nonprofit Berkshire Immigrant Center.

At first, the group anticipated making a few advance sales through friends and family members, and selling the bulk at the Nov. 15 project culminating celebration, to be held from 7 to 9 p.m. at Bright Ideas Brewing on the campus of the Massachusetts Museum of Contemporary Art. But by Oct. 15, every single mug had been claimed, and the group has since started a wait list should others be produced before the day of the event.

"This project has taken on a life on its own," Boyd said.

More than $10,000 has been raised to-date, thanks to additional donations, helping the artists pass their goal to raise at least 5 percent of the Berkshire Immigrant Center's annual operating budget.

The center's Executive Director Brooke Mead said the help and awareness couldn't come at a better time, when national policy is continuously in flux for immigrants and those vying for citizenship. As a Williamstown resident, she said it also feels good to see and feel such a response from her Northern Berkshire neighbors.

"I'm still kind of blown away by this whole thing. It feels particularly special to me," Mead said.

The agency serves an average of 800 people annually, representing more than 70 countries, she said.

Because of the volume and demand for services, Mead said, "We run generally a $60,000 deficit to meet needs, and this is a particularly important year where many of our neighbors are feeling attacked. We feel like we're getting more calls for help in many ways, from more people concerned about traveling to not yet becoming citizens."

The center has hired and is training two additional caseworkers to help share and address the demand, and also has a new space on the second floor of St. Stephen's Episcopal Church in Pittsfield. The center staff is also trying to build up a steady volunteer program to help with outreach and education, to help best inform people and to meet their needs and feel welcome.

"In a year that for immigrants, allies and advocates has been a pretty dark and frustrating year, even that boost from the community with projects like this feels pretty amazing," Mead said.

Boyd, herself a native of Canada who officially became a United States citizen back in January, said there's already interest in doing a similar collaborative effort in the future.

"I hope other people see this project and feel inspired to do something in their community," Boyd said.

For her, it has given her new hope about being a part of the Berkshire and American communities, in addition to being part of a close-knit community of artists.

Boyd's own citizenship ceremony, which took place in Worcester and included people from 90 countries, made her "feel so good that this is the country I was joining."

She and her co-organizers say they look forward to reconvening with one another, and meeting mug buyers and interested community members during the Nov. 15 celebration. During this event, buyers can pick up their mug, enjoy a beverage in it, meet the artists and explore materials detailing stories and data on immigrants to the Berkshires. Members of the public are welcome to attend, and are encouraged to make a donation to Berkshire Immigrant Center, too.

Boyd wrote of the mugs in an Oct. 13 letter to the editor at The Eagle, "Like people, the vessels are elegant, humorous, sophisticated, wonky, bold, subtle, tall, short, wide, thin, delicate, rough and flawed. But, all will be loved."

A lot of love, detail, care and fun went into the mug making, according to River Hill Pottery's Gail Sellers. "Opening our studio for artists to come and paint has been a treat," she said. She and her husband have had individuals and small groups visit their Eclipse Mill studio, allowing them to offer non-potter artists some pointers and, in return, the guests offering food, drink and lively conversation, ranging from politics to family to their own art work.

Both Sellers and Boyd said the sense of camaraderie and the cross-pollination of artistic disciplines helped break down the silos within the Northern Berkshire art community.

"You see people at art openings and those kinds of events, and you know who that person is, but it's been nice to really get to talk with them," Sellers said.

Said Boyd, "For the artists, I think this project reminded us how we are all responsible for making this a good place. Sometimes, we forget our lives happen with the people we meet and see every day. Sometimes, you just need that little catalyst to help appreciate and support that."

Participating artists (as of Nov. 2)

Learn and see more about Vessels for Change at: http://www.stephanieboydworks.com/vessels-for-change