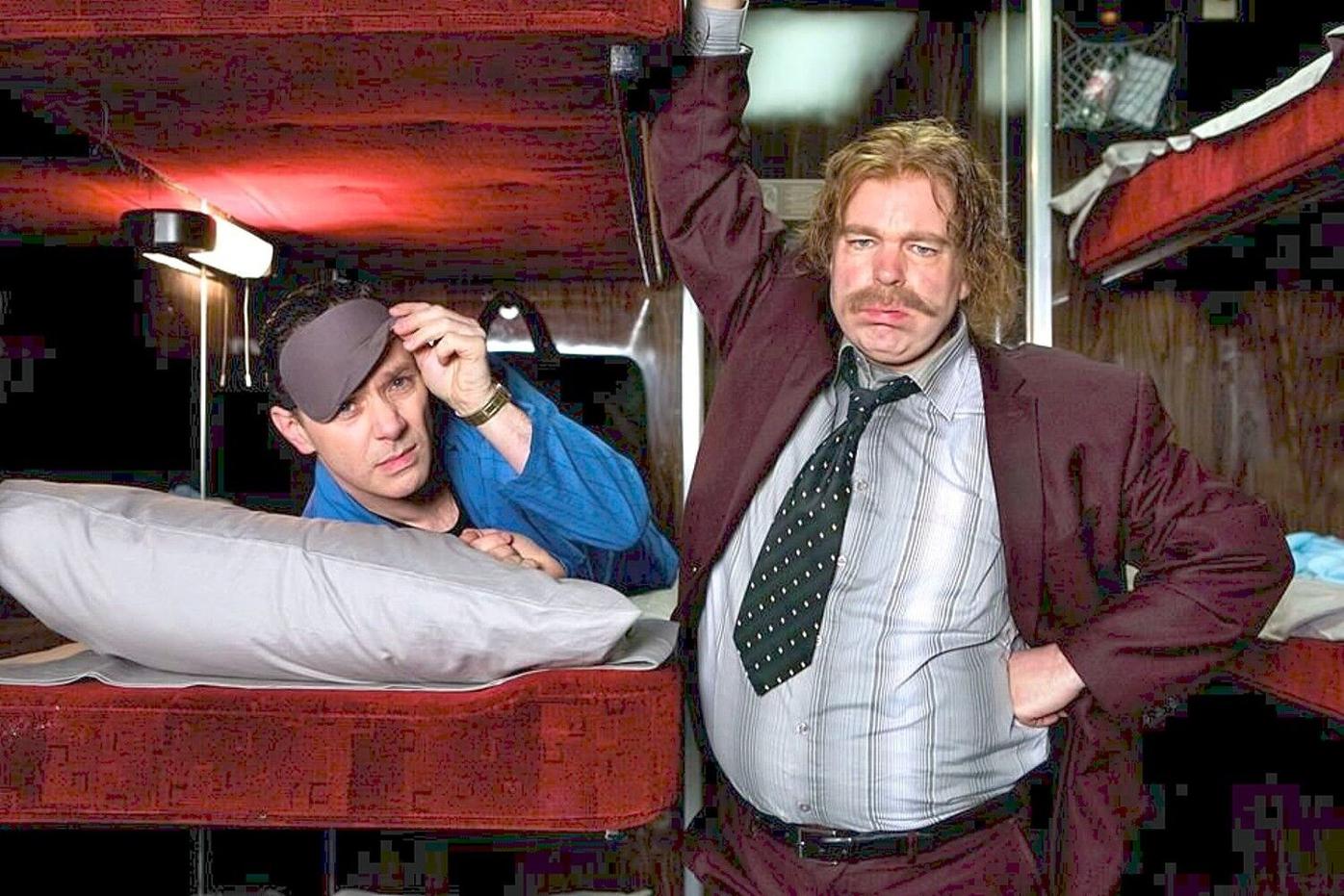 A scene from 'Inside No. 9,' a British anthology series starring and written by Steve Pemberton and Reese Shearsmith, now streaming on BritBox. 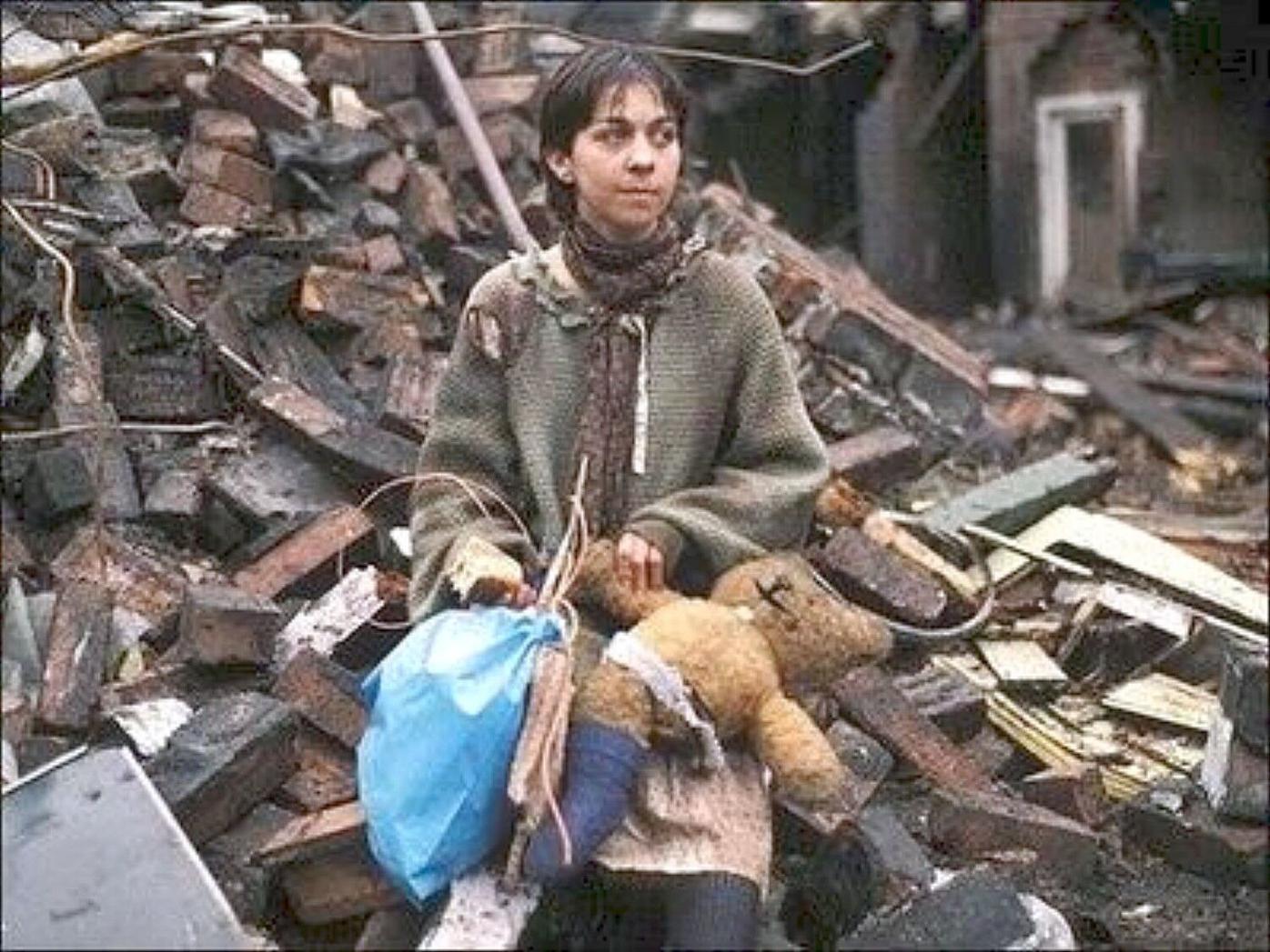 A scene from the apocalyptic British film 'Thread' now streaming on Shudder.

A scene from 'Inside No. 9,' a British anthology series starring and written by Steve Pemberton and Reese Shearsmith, now streaming on BritBox.

A scene from the apocalyptic British film 'Thread' now streaming on Shudder.

'INSIDE NO. 9' (BRITBOX) This anthology series starring and written by Steve Pemberton and Reese Shearsmith is a hidden British gem that exhibits a delicious dark humor that manages to give equal service to comedy and suspense. Pemberton and Shearsmith were part of the series "The League of Gentlemen," and "Inside No. 9" pulls from the same obsessions, foremost the fantastic British anthology series of the 1970s, such as "Dead of Night" or "Play For Today."

The formula seems simple enough — macabre set-up with a twist ending. That's the way many of those shows operated and "Inside No. 9" does not shy away from tradition. But Pemberton and Shearsmith are way too clever for suspense-by-numbers and the real twist becomes how they might handle a particular genre, honor the tropes and then turn them inside out. The two are talented performers, tackling a multitude of different roles, accompanied by a rotating cast of equally skilled players to walk the tightrope of giggle and tension.

The scenarios that they use to walk this tightrope run the gamut. "The 12 Days of Christine" is a surreal contemporary Christmas tale starring Sheridan Smith that will amuse you before disturbing you. Another holiday special, "The Devil of Christmas" uses the filming of a B-horror movie about Krampus to bring some more old-fashioned chills.

Psychological terror is a recurring motif. One of the best episodes is "Diddle Diddle Dumpling," which depicts one man's unraveling through an obsession with a found shoe, and features Keely Hawes.

Horror is also a well-traveled genre in the show, tackling haunted mansions, seances and witch trials, but sometimes the pair go for straight drama to great effect. In "Bernie Clifton's Dressing Room," which portrays the reunion of a comedy team embroiled in endless bickering as they try to rehearse, and the inevitable twist that creates a melancholic ending.

In the realm of modern anthology shows, "Inside No. 9" is lurking under the radar, with the signal being seized by the likes of "Black Mirror," which could really use a break. "Inside No. 9" is an ingenious vacation from those loudmouths.

There was a period in the 1980s when we were all very concerned about the likelihood of nuclear war, but if you had told me that we'd find ourselves in a similar period about 35 years later, I don't think I would have believed it. Thankfully, this obscure 1984 British telefilm found a modern home on a horror streaming network to remind us of why we don't want to be where we are.

Sometimes called the British answer to "The Day After," I can attest that "Threads" is no such thing. Devoid of melodrama, slickness, star power and the typical TV movie tropes, "Threads" is a harsh, jarring examination of the lead-up and aftermath of a nuclear strike — in this case on the city of Sheffield in England — with an unsentimental gaze entirely. It doesn't cherish its characters, at best it pities them, and its depiction of what they go through is defiant in its refusal to add dignity where there is none.

It's a low-budget production and it makes the most of that lack of riches. It's certainly better off without the money, because it compels the filmmakers to be less lazy with their realizations of horror, and therefore much more effective. If there is a main character, I suppose it would be Ruth Beckett (Karen Meagher), whose life we trace the most intimately and the longest, but "Threads" is populated by a network of community that represents the threads of the title, and acts out the terrible realization that those connections are no longer in place.

If it's a depressing work, it's also a beautiful one in its horror. The director, Mick Jackson, strangely went onto direct the Whitney Huston vehicle "The Bodyguard," but there's no evidence of that here. No sheen, no protection from reality. This is raw, uncompromising, experimental, and, in my opinion, one of the best films ever made. The truth it presents is hard to look at, but also hard to turn away from.

John Seven is a writer in North Adams who has never been satisfied by movies and television that are easy to come by. He likes to do some digging. Find him online at johnseven.me