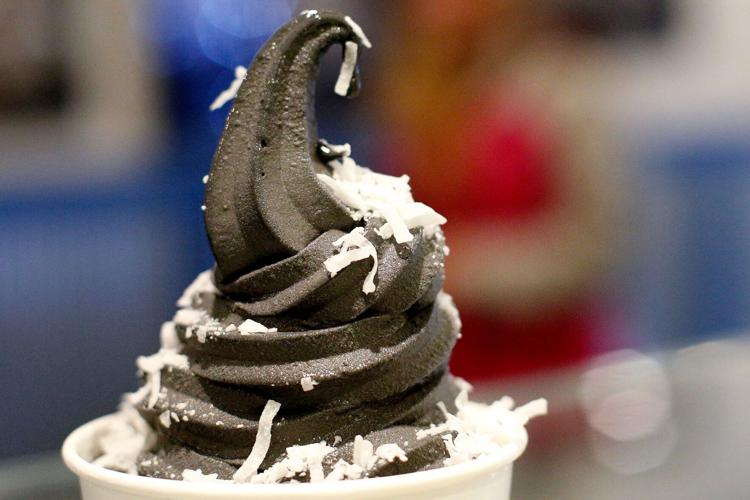 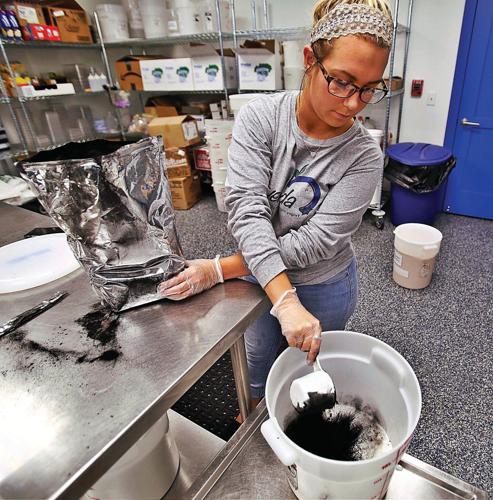 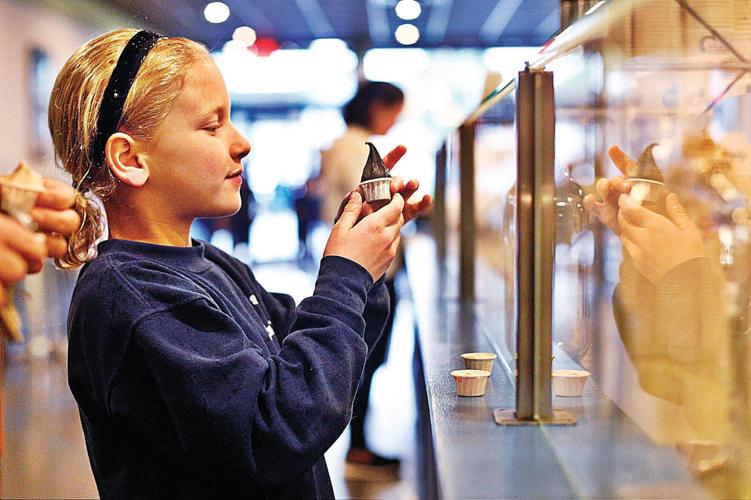 Keaghan Kline, 8, tries a sample of Ayelada's new coconut ash frozen yogurt flavor. 'This tastes like ash,' she said to her mother. 'It's good.' 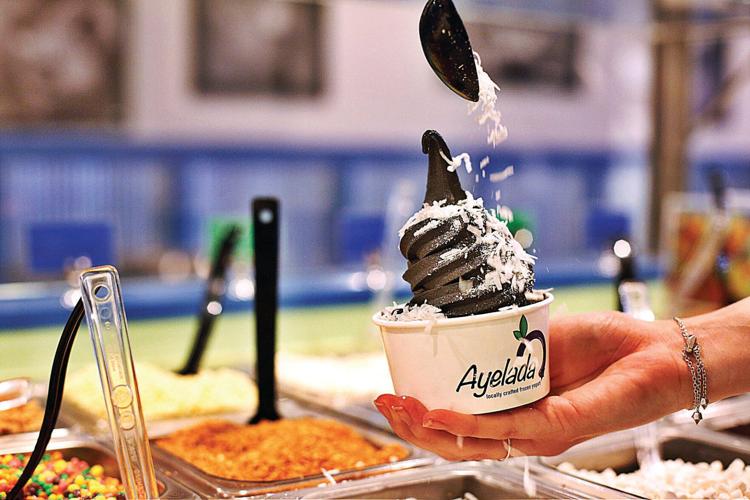 Keaghan Kline, 8, tries a sample of Ayelada's new coconut ash frozen yogurt flavor. 'This tastes like ash,' she said to her mother. 'It's good.'

PITTSFIELD — Have you ever tried black frozen yogurt? The choice is now yours. Ayelada's newest flavor, Coconut Ash, is as black as the midnight sky and quickly gaining notoriety in Berkshire County. After its much-anticipated debut last week, hundreds of people visited Ayelada's Facebook page to debate shop owner Jim Cervone's most recent cutting-edge invention.

Advertised by Cervone as "very goth, very cool, very Ayelada," Coconut Ash reflects the company's formula of mixing the innovative and hip with the tried and true.

Like all of Ayelada's 110 flavors, Coconut Ash is a mix of the original recipe — milk, sugar, yogurt and yogurt powder, with one or more flavored pastes and/or fruit. "The original recipe by itself is our most popular flavor," said Cervone. "It takes almost every paste very well."

Although the coconut puree provides the flavoring, the food-grade ash gives the frozen yogurt its dark color and gritty texture, which is what makes Coconut Ash truly unique.

While the initial reaction to Coconut Ash was overwhelmingly positive, some people on Facebook took issue with the coconut flavor, the grittiness of the food-grade ash, and the black coloring of one's tongue post-consumption.

On Thursday, Ayelada began serving a twist of the Coconut Ash and Green Tea Matcha, which may help alleviate these concerns. With that said, Cervone was ecstatic about the initial reaction, noting the dramatic increase in posts, likes, and shares on the Ayelada Facebook page.

The experimental and unconventional nature of Ayelada's flavors undoubtedly adds to their appeal. Although ice cream and frozen yogurt places all over the world have explored the endless possibilities of flavor, few have tried their hands with Coconut Ash.

Cervone emphasized that in addition to providing the flavor with mystique and unique texture, the food-grade ash also has various health benefits, notably as a detox.

He also noted that food-grade ash would make any flavor entirely black. Insofar as the food grade ash provides a pleasant texture and guises the secret flavor thereby creating considerable anticipation, this may not be the last time Ayelada employs it in a new flavor.

The health benefits of the food-grade ash are in keeping with Ayelada's commitment to using real, fresh ingredients in the production of their handmade frozen yogurt.

Ayelada receives a shipment of 400 gallons of milk every week, which comes from Maple Line Farm in Hadley, Mass. Their yogurt comes from Sidehill farm in Hawley, Mass.

"Our main criteria is that everything has to be real," said Cervone. "First, we search locally. We look in local grocery stores and we ask around. If we can find something within 100 miles, we will do it."

Every week, Ayelada rotates four different flavors into circulation, so Coconut Ash was retired, at least temporarily, at the end of the day on Monday.

Past flavors do occasionally return, but brand-new flavors debut nearly every week.

According to Cervone, Nutella, lemon cake, and triple berry are the three most frequently recurring flavors. In addition to past popularity, the seasonal and holiday themes play a significant role in the decision of what flavors to serve each week.

Cervone also noted that they are open to suggestions, saying, "A lot of times, customers will come in and recommend new ideas for flavors. We like to see what is trending."

After asking his wife and co-owner, Lisa, if she could remember, she replied, "You did. You come up with all the weird ones!"