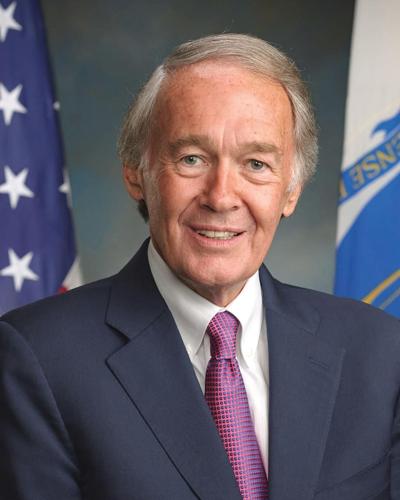 SANDISFIELD — Two U.S. senators from Massachusetts have stepped into the pipeline fray in an effort to slam the brakes on Tennessee Gas Pipeline Co.'s plans to start tree cutting in Otis State Forest.

In a letter to the Federal Energy Regulatory Commission, Sens. Elizabeth Warren and Edward Markey asked FERC to revoke its April 12 notice to start tree cutting and construction because they said the agency lacked quorum to make the decision.

Warren and Markey also said the agency never held a rehearing for Tennessee Gas' original certificate that a group of Sandisfield residents had requested in March 2016. FERC, the letter said, "found substantial merit" to grant the rehearing request and did so, but never held the rehearing.

"The [rehearing] request challenged the commission's findings on multiple grounds, including the project's subsidization by ratepayers, irreparable harm to the environment, and the lack of necessity of the project to meet regional energy needs," Warren and Markey wrote.

FERC's notice to proceed said Tennessee Gas can start preparing a roughly 2 mile swath in Otis State Forest to begin laying pipes for part of the company's 13 mile, $93 million Connecticut Expansion Project that will also run through New York and Connecticut. The notice said the company had filed the necessary information "to meet the pre-construction environmental conditions."

Work has yet to begin, but Kinder Morgan trucks and police security details have been spotted around town.

It's been a controversy every step of the way, and loaded with delays as both the state and environmental groups fought the company's incursion into state-owned land. The state was forced to grant an easement to Tennessee Gas by eminent domain through the Natural Gas Act of 1938.

The area borders an old growth forest and a pristine lake in a treasured state park, and is protected by Article 97 of the Massachusetts Constitution. While the new pipes will be installed along an existing pipeline run, that corridor has to be expanded to make room for the project.

Jean Atwater-Williams of Sandisfield Taxpayers Opposed to the Pipeline (STOP) said the Natural Gas Act requires three FERC commissioners to issue a notice to proceed. She said while authority can be delegated to FERC directors, it was instead delegated to a gas branch chief, who she said is not of sufficient rank.

FERC spokesman Craig Cano said in an email that he could not comment since FERC's chairman would respond to the senators' letter directly. But Cano said earlier that the delegation of authority was appropriate in this case.

"Once the commission votes to grant a certificate to a project, the subsequent orders for approval to undertake construction activities are issued by the Office of Energy Projects under delegated authority," Cano said. "This is not changed by the absence of a quorum."

But Warren and Markey said on other matters, FERC has stated it would not act without quorum for rehearing requests, for instance.

"If FERC cannot act on requests for a rehearing because it is without a quorum, it should not allow FERC staff to authorize projects that are the subject of rehearing requests," the senators wrote.

"If FERC is doing its job it has to rehear this," Atwater-Williams said. "We as landowners are disappointed. Tennessee Gas is moving ahead to start cutting trees any day now."

She said trucks belonging to Tennessee Gas and parent company Kinder Morgan are already driving up and down town roads. She also said a Massachusetts State Police security detail had been hired by the company and is patrolling the area several times a day.

Kinder Morgan spokesman Richard Wheatley said the company is not releasing a construction schedule or work locations, and did not comment on the senators' letter.

Kathryn Eiseman, director of the Massachusetts PipeLine Awareness Network, said FERC issues a "tolling order" to acknowledge a rehearing request, but the request is "deemed denied" if it isn't acted upon in 30 days. From there it must be appealed in court, she added.

"So what FERC does is `act' by issuing a tolling order, without ruling on the merits, so that people are unable to get to court," Eiseman added. "You can't appeal to court until there is a `final agency action.' "

Warren and Markey said ignoring the rehearing request is "effectively silencing" the citizens of Sandisfield before the Commission and courts, and said FERC's actions in this matter are "profoundly troubling."

"If Tennessee Gas is allowed to proceed," they added, "there will be irreparable harm done to Otis State Forest, a natural treasure of Massachusetts."