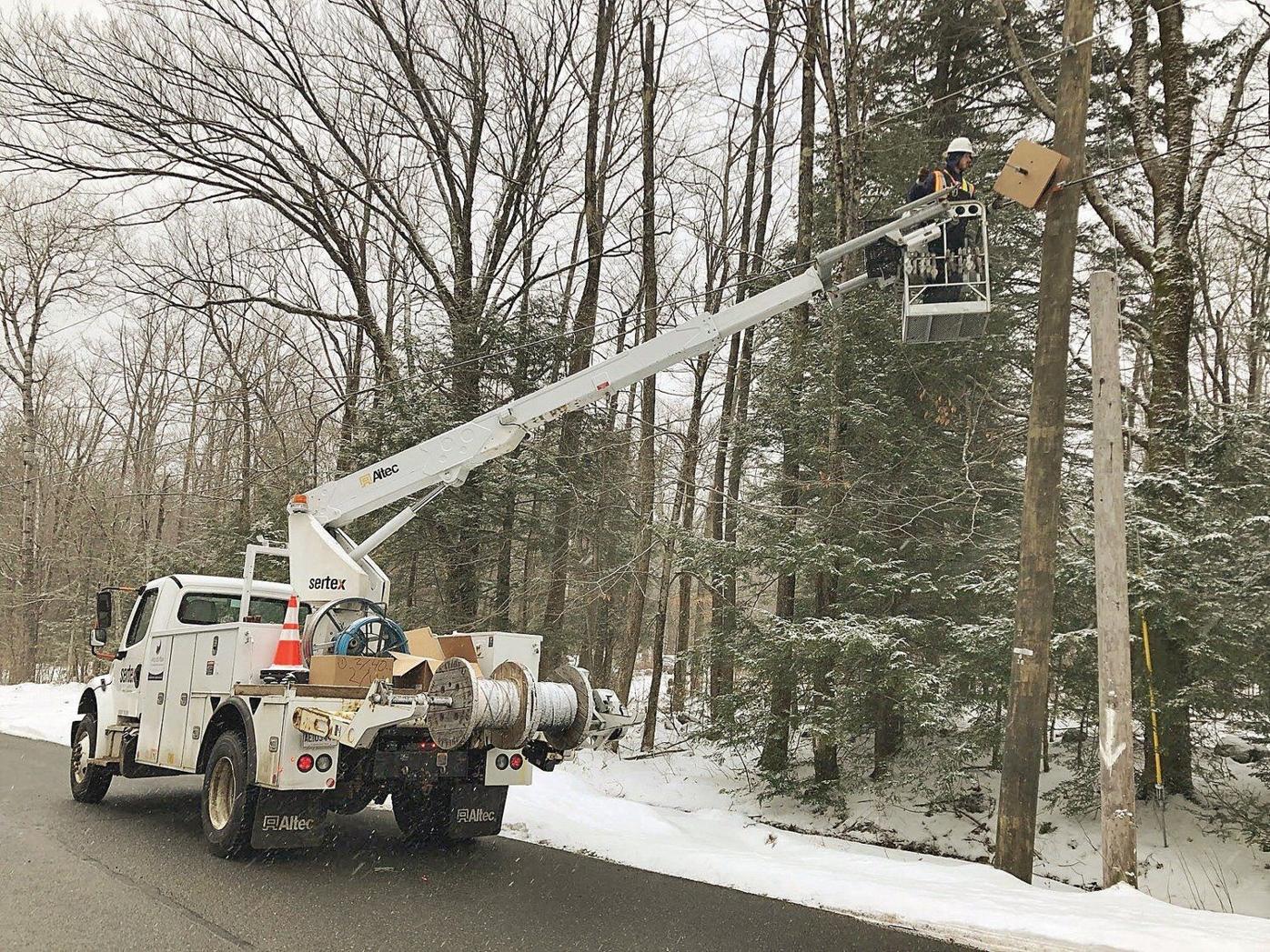 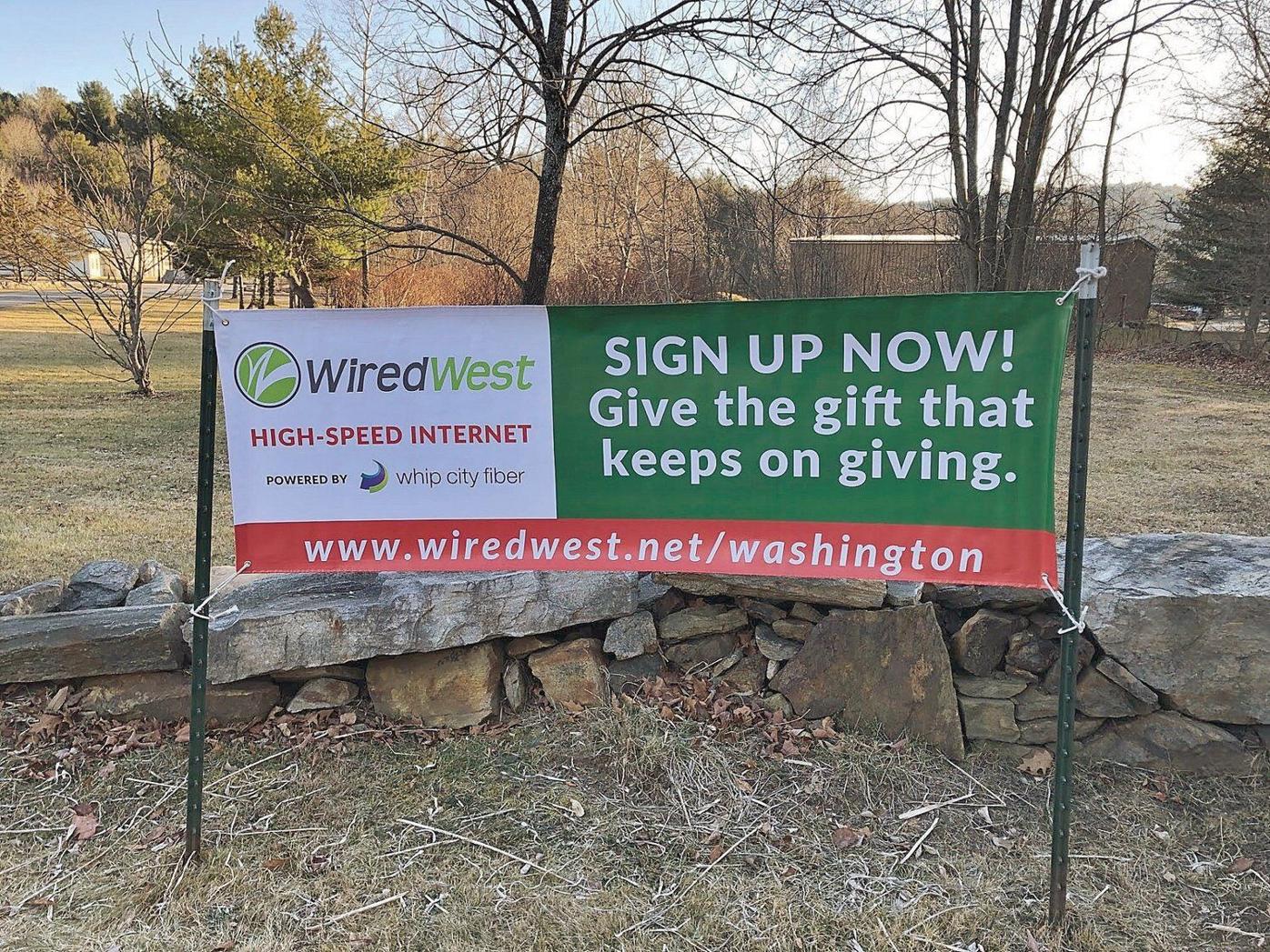 In December, the town of Washington's internet program suggested that broadband service would make a good holiday gift. 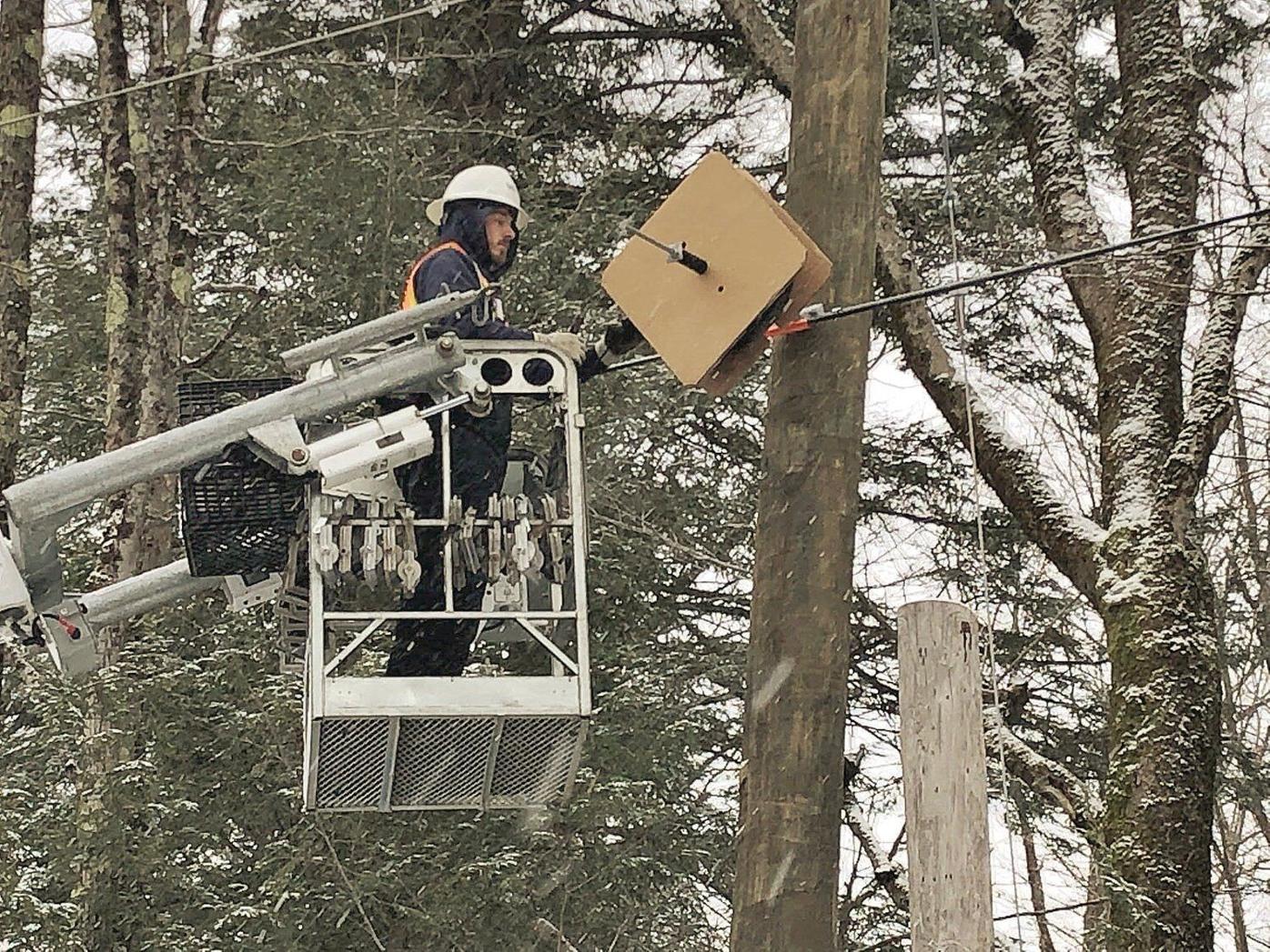 In December, the town of Washington's internet program suggested that broadband service would make a good holiday gift.

WASHINGTON — Kent Lew should be out of pencils by now.

"I had to do a lot of pencil-sharpening," says Lew, the town of Washington's broadband maestro.

When Washington decided to own its internet future, by building a fiber-optic network with substantial state help, officials didn't want to burden taxpayers.

That meant Lew needed a sharp pencil to track costs. The town already was carrying debt from infrastructure work and now faces a tax bump for the new Wahconah Regional High School.

"We have to get the network we can get with the money we can afford," Lew said, describing deliberations years back. "We're a scrappy little town. We're very do-it-yourself and frugal."

The "get" part of that, after a long wait, is just weeks away.

A contractor has been hanging fiber for Washington's $1.57 million project. Of that sum, local taxpayers will pay about $770,000.

This year, three fiber service areas will be lit up in Washington, starting with a zone west of Route 8 that could be tested by late February, Lew said. Completion paves the way for "drops" to connect the network to the first subscribers in the town's 279 premises.

Steve Nelson, an early backer of his town's broadband project, says he had grown accustomed to telling people that service was three to four years off. That is, he said that when asked — and he often was.

Washington is in the vanguard of about two dozen towns creating fiber networks, including nearby Windsor through a program offered by the Massachusetts Broadband Institute. Other towns, like Peru, opted to receive broadband service from private companies.

Collectively, towns backed by the MBI are receiving tens of millions of dollars of support for publicly owned networks.

The state is paying not only a promised grant of $490,000 to Washington, but is likely to reimburse the town for nearly $200,000 in "make ready" work on utility poles that initial planning nearly a decade ago underestimated.

That advance work is needed to prepare space on poles to receive the fiber. Washington, like other towns, has faced repeated delays in gaining access to the telecommunications area of those poles.

The state also is kicking in $500 per premise toward the cost of bringing fiber from the roadside network to the subscriber's address. The town is providing $150 per subscriber on top of that, meaning the expense of "drops" up to $650 will be free to subscribers. Lew estimates that this credit will cover the full cost of connecting for one-third of all subscribers, based on their distance from the network's lines.

To get the credit, people must answer the initial call to join the network, which is underway. People can arrange for service by visiting wiredwest.net/washington.

As of now, about 55 percent of Washington's addresses have signed on, following a big push at year's end.

Nelson said he believes residents still on the fence will jump in to receive the $650 credit. The deadline to be eligible for the credit is listed online as Feb. 29, but is likely to be extended to coincide with the network's completion around June 1.

"That's going to get some people off the dime," Nelson said.

Lew cautions that while Feb. 29 is a "soft deadline," people who sign up after that could face delays or lose access to the full amount of the credit offered now.

The standard service, through the WiredWest cooperative, will cost $75 month for a gigabit per second of download and upload speeds, 40 times above the Federal Communications Commission's broadband standard of 25 megabits per second.

An economy rate of $59 per month also is available, delivering speeds of 25 mbps.

"Gigabit is becoming the standard service. I think people will find that once they use it, they won't want to go back to the slower service," Nelson said. "You can use up that 25 [Mbps] pretty quickly and see a slowdown in the service."

Of those who have signed up, 77 percent are opting to roll local telephone service into the new technology at a cost of $19.99 a month.

Lew said he expects that 65 percent of town addresses eventually will subscribe. But, he said the network already is viable at 55 percent subscription.

The network is being built by Sertex LLC of Plainfield, Conn. The town has contracted with WiredWest to provide the actual internet service, one of nearly a half-dozen towns so far to hire that group to administer the system with help from Westfield Gas & Electric. The utility is serving as Washington's project manager.

Fiber is being strung in three phases, with a target completion in early summer. The last two coming up will be the area south of Town Hall on the east side of Route 8 and the area north of Town Hall, also east of Route 8.

Work to connect households to the network, by a Westfield Gas & Electric subcontractor, will continue through summer. The timing of that depends, in part, on the subcontractor's workload in all of the Western Massachusetts towns installing municipal networks.

On the money front, Lew's pencil might yet be able to record payments to the town from a grant program run by the Federal Communications Commission, further easing the burden on local taxpayers.

Even with all that outside financial help, Lew says, the project has worked to cut costs. Volunteers who prepared the pad for the electronics hut saved the town more than $30,000. And last summer, the Highway Department, joined by volunteers, installed an underground conduit along Lower Valley Road. That buried pipe allows the project to reach an area of town where electrical and phone service comes through Becket, Lew said. The savings: as much as $200,000.

Even now, Lew continues to confront problems on utility poles. The fiber, and a supporting metal strand, must be 30 inches from any line carrying power and 12 inches above phone or other telecommunications lines. While those clearances might be right on the poles, they must hold for the run of lines between poles, the area known as "midspan." Sagging lines between poles create problems.

Lew has taken a leave from his work as a consultant to guide Washington through its fiber debut. He serves as manager of the broadband project, as leader of the Municipal Light Plant and as chairman of the Finance Committee.

"This has been my life for a while," Lew said.

Becket's long quest for broadband internet about to pay off

BECKET — Becket’s administrator calls it the town’s “most anticipated news.” The community is ready to build its own fiber-optic broadband net…