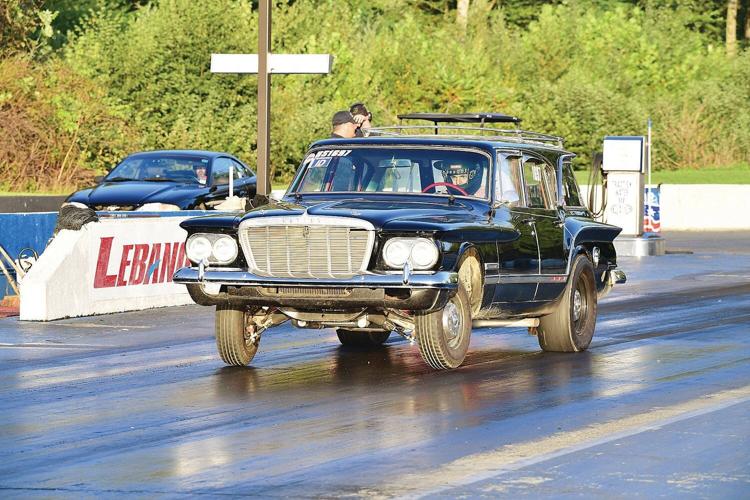 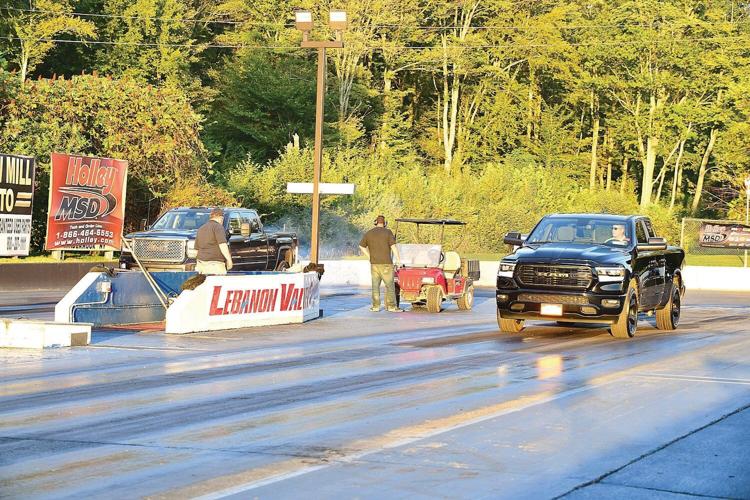 The event is not just about who wins, according to Sue Bell. "It's about the camaraderie as much as it is the cars." 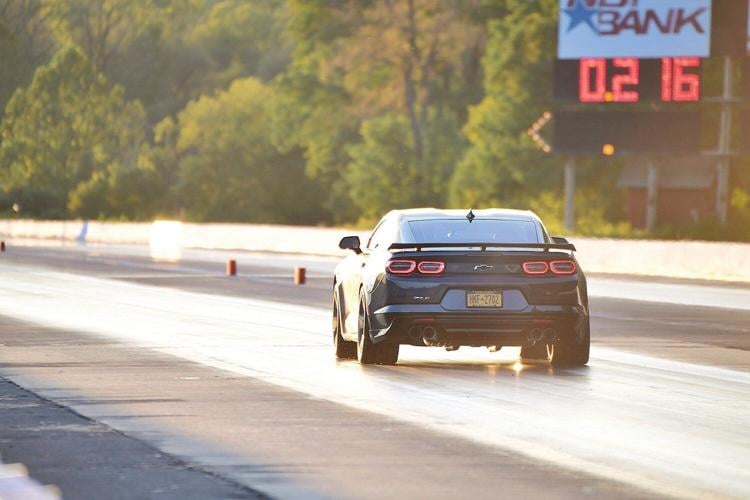 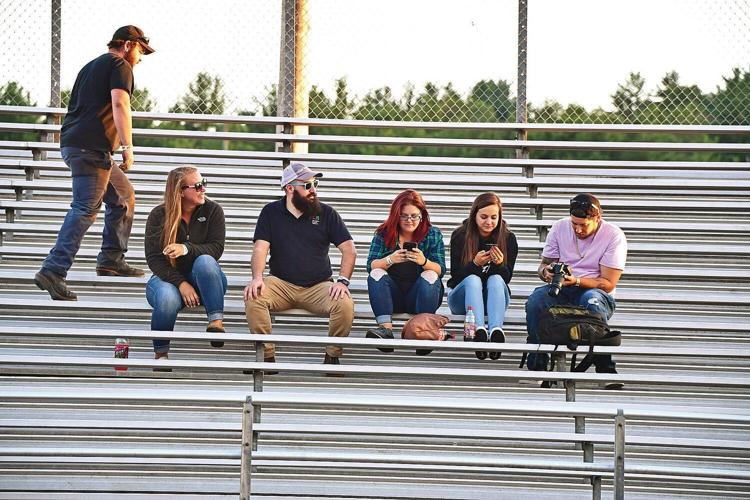 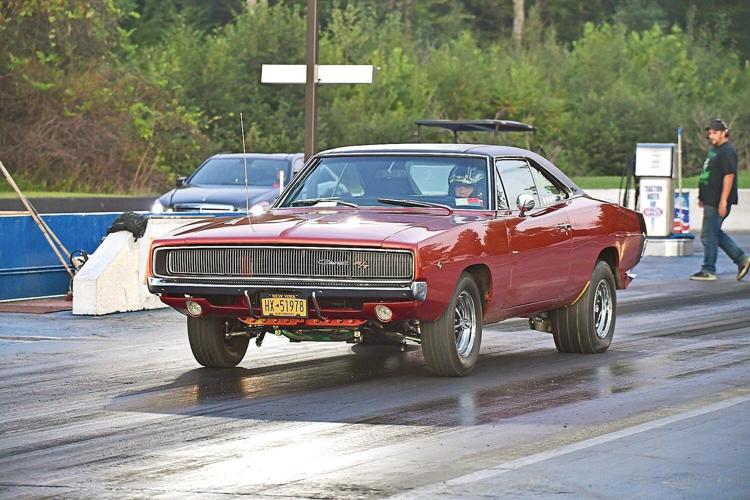 Drivers whose cars can register a 13.99-second time or quicker must wear a helmet. 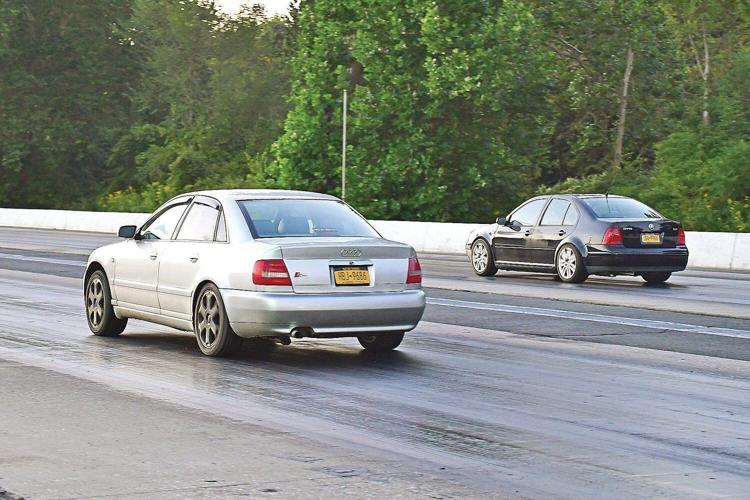 The event is not just about who wins, according to Sue Bell. "It's about the camaraderie as much as it is the cars."

Drivers whose cars can register a 13.99-second time or quicker must wear a helmet.

NEW LEBANON, N.Y. — Ever wanted to see a Volkswagen Beetle race a Corvette? At Lebanon Valley Dragway, you could get your wish.

"You name it, we've pretty much seen it," Sue Bell said of the types of vehicles she has watched motor down the track during her three-plus decades working at the New Lebanon, N.Y., racing hub.

While many might think drag racing is reserved for the souped up cars seen in movies, the dragway offers events that open its quarter-mile racing track to run-of-the-mill Subarus and Nissans, pickup trucks and Smart cars. Even diesel trucks have given it a go.

"They're hauling dirt during the day, and then they come play at night," Bell said.

"Where can you go 130 and not get a ticket?" Bob Muller of Albany, N.Y., said from one of the track's nine staging lanes on Wednesday night.

The staging lanes form the short end of an "L"-like connection between the preparation area and the track, which is located behind the speedway and features nearly a half-mile of shut-down area with three turn-offs. A road running parallel to the track brings racers from an entry checkpoint on the western side of the speedway to the lanes on the eastern end. The checkpoint, or "tech" area, is where racers pay and get inspected.

"If a car is inspected and insured, typically, the car inspection is just pretty basic," Bell said.

For "test and tunes," which are also usually held on Fridays, Saturdays and Sundays, drivers pay $20 for as many timed track runs as the schedule permits. For the competitive classes, entry costs $25.

Drivers then fill out a card that asks for a name, address, phone number and car type, according to Bell. Car requirements are as basic as having four tires and an exhaust system with a muffler. Street-legal tires and slicks are both acceptable. Drivers must wear a shirt, pants and shoes, and those who can register a 13.99-second time or quicker must wear a helmet. (Helmets are available to rent at the track.) Overall, the National Hot Rod Association's (NHRA) specifications change depending on your desired, or rather, attainable speed.

"NHRA is pretty unique in that the way the rules go is based on how fast the car runs," Bell said.

Throughout the night, organizers alternate class rounds with test and tune runs. Drivers tend to hang in their lanes, sometimes hoods-up, gathering in groups around the vehicles. Some travel from as far as two hours away; there are no NHRA member tracks in Massachusetts or Connecticut.

Before the opening race, Muller was standing next to his black Shelby Cobra as a crew finished up a three-hour track-drying process necessitated by a rainstorm that afternoon.

"This one's putting down 800 horse," Muller said of the car's horsepower.

Jesse Farquhar walked over to greet Muller. The Monson, Mass., resident recently won the 2019 points competition for Street Stick in a "stock Jetta."

"Anybody can win with any car," Farquhar said.

That's because the classes engage in handicapped racing. Essentially, if a vehicle that typically finished in 11.5 seconds faced off against a vehicle marked at 15.5 seconds, the latter vehicle would get a four-second head start.

But as announcer Brian Hansbury's humorous calls indicated throughout the night, it's not all about the competition.

"It's about the camaraderie as much as it is the cars," Bell said.

Farquhar echoed that sentiment, noting that he appreciates the family atmosphere at the track. Its workers often come from families devoted to racing. Sitting in a first-floor office, Bell was watching the night's events with her daughter, Kelly Bell-Viscione, who races sometimes. She's taken a Smart car out before but hopes to take her "beast" of a daily driver, a Cadillac Escapade, out for a run soon. Her mother has seen racing change over the years. It used to be dominated by muscle cars, she said, and drivers who would pop their hoods to make adjustments. Now, younger drivers can just use a computer dock to make changes.

"It's just really neat to watch that they can adjust everything in their cars by a matter of couple twists on a computer," Bell said, "versus the old style where you lift the hood, and you go at it."

Derek Lobban has worked at the track since 1984, and his wife, Denise, has been there since she met him in 1989. Around 8 p.m., Lobban took a visitor down to the finish line, past the bleachers where spectators had paid $10 to get in ($2 for children under 12) and a concession stand offering a different kind of fuel for a long night. Though the gates open at 5 p.m. and close at 7:30 or so to race entrants on "Street Night," those already inside can continue racing until as late as 10 p.m. on some evenings. For Lobban and others, the roar of engines and the smell of rubber meeting road doesn't get old. He gazed at the track, which will conclude its racing season at the end of October.