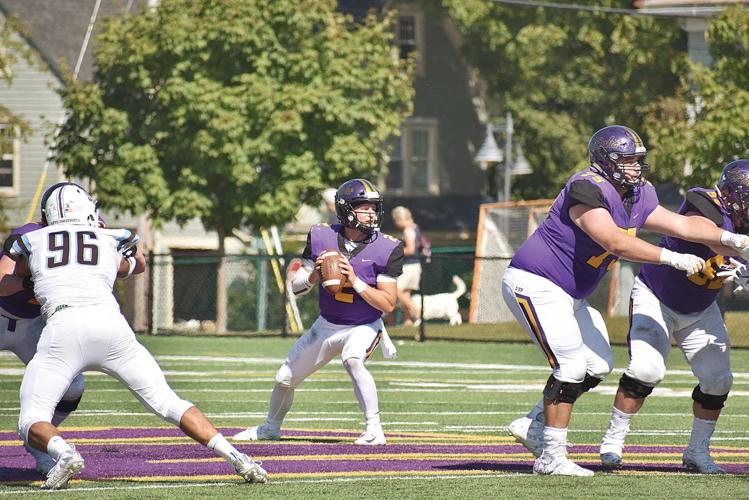 Quarterback Bobby Maimaron, a rising senior, and the Ephs football team will not take the field this fall at Williams. The college announced the canceling of all fall sports as a result of the coronavirus pandemic. 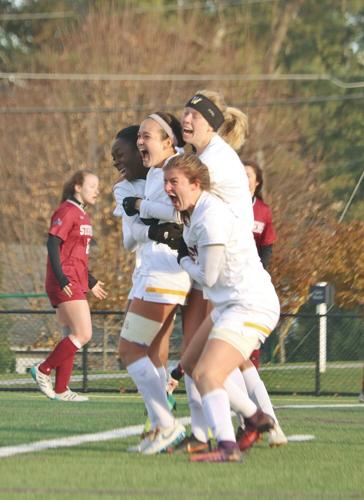 The three-time NCAA champion Williams College women's soccer team will not take the field this fall for what would have been coach Sarah Raymond's first season at the helm.

Quarterback Bobby Maimaron, a rising senior, and the Ephs football team will not take the field this fall at Williams. The college announced the canceling of all fall sports as a result of the coronavirus pandemic.

The three-time NCAA champion Williams College women's soccer team will not take the field this fall for what would have been coach Sarah Raymond's first season at the helm.

WILLIAMSTOWN — When students and faculty members return to Williams College in the fall, there will be on-campus classes. There will not, however, be intercollegiate athletics.

The school announced Monday morning that 11 intercollegiate sports will not compete in the fall semester.

"It has been decided that Williams fall sports teams will not travel and compete during the fall semester," Williams president Maud S. Mandel wrote in a letter to the Williams community. "Our decision has been guided by the utmost attention to safety protocols to ensure the health and safety of our athletes, coaches, staff and community."

In an interview with The Eagle, Williams athletic director Lisa Melendy said the decision not to play in the fall came to pass within the last 48 hours.

"We really waited as long as we could to try and see if we could figure out a path that seemed responsible and safe," Melendy said, "for students to compete and travel on and off campus."

The athletic director, who has run the programs at Williams since April, 2011, called the decision to cancel fall sports a disappointing one. But it was one that the school's coaches were kept abreast of from the start.

"I will say that we sort of came along together," she said. "We've been meeting and talking the whole time. I think it's extremely disappointing and they're heartbroken. We're all heartbroken for our student-athletes for whom playing a college sport is a dream, playing at Williams, they worked hard to get to a place where they could do both of those things at a high level. That's obviously extremely difficult for them to hear."

In the letter from the Williams president, Mandel did say that fall sport athletes on campus may have the opportunity to be involved in team activities.

"Knowing how important athletics is in the lives of many students, we hope to provide opportunities for team engagement. Teams will be able to practice outside in small groups if they adhere to social distancing guidelines," Mandel wrote, "and may progress to more game-like practice activities if conditions improve."

According to the college, incoming first-years can elect to take a gap year, while returning sophomores, juniors and seniors may take a semester of personal leave. Students will be receiving letters about that from Marlene Sandstrom, the Dean of the College. Student-athletes and the rest of the Williams population will have until July 10 to make that determination.

The letter from Mandel only mentions fall sports. Melendy said that the first six weeks of fall will determine if winter sports teams can gear up practicing beginning on Oct. 15. The plan is to start practicing at that time.

"The big pivotal question for winter sports are, can we be back in January?" said Melendy, adding that there is no traditional Winter Study period, so being on campus won't be happening.

The date of Oct. 15 is new at Williams. NESCAC rules historically have winter practice starting on Nov. 1, which is two weeks later than the Oct. 15 date that the rest of NCAA Division III uses.

"NESCAC has relaxed some of our rules for this coming year so we can craft them on our own campuses. One of them is we can begin practicing earlier than usual," Melendy said. "We feel like we're going to need a longer acclimatization period. We're also going to need, in order for our students to practice safely, it's going to be better done with coaches present than not present. There's the opportunity, although we haven't decided if we're going to do this or how we would do this for non-traditional seasons.

"We're exploring how that might work out on campus."

Williams becomes the latest Division III school to announce the shuttering of sports.

NESCAC rival Bowdoin announced on June 22 that since all but its first-year students will be remote learning, there will be no sports during the fall semester. That includes all fall sports and those winter sports, like basketball and hockey, that begin prior to Thanksgiving. In a statement from college president Clayton Rose, he said that he is hopeful that when Bowdoin students return in January that there will be winter and then spring sports.

Amherst College is expected to make some sort of announcement this week.

While Bowdoin is doing most of its educational activities remotely, NESCAC school Hamilton announced that it expects to open on time and with full enrollment.

As far as athletics are concerned, Hamilton could not commit to games until New York State is in its Phase 4. Right now, New York is in Phase 3, which allows for some athletics, but no amateur games in this phase.

Also in New England, UMass-Boston announced earlier in the month that it had canceled its fall sports season.