Get the latest high school football news by the Berkshire Eagle, delivered right to your inbox
1 of 2 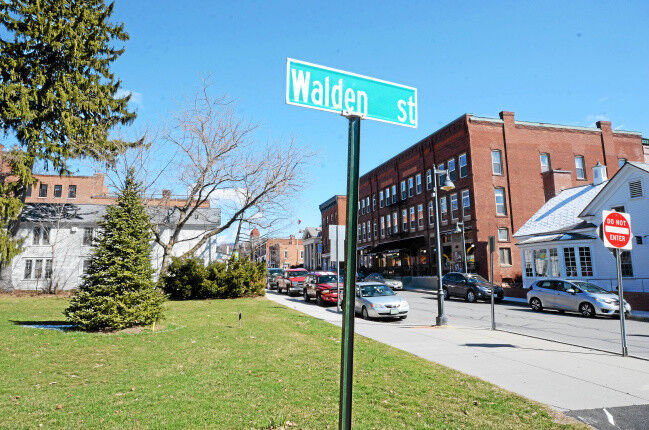 A new bookstore to serve Williams College students and the community will be built at the corner of Spring and Walden streets in Williamstown. Construction is expected to begin this summer. 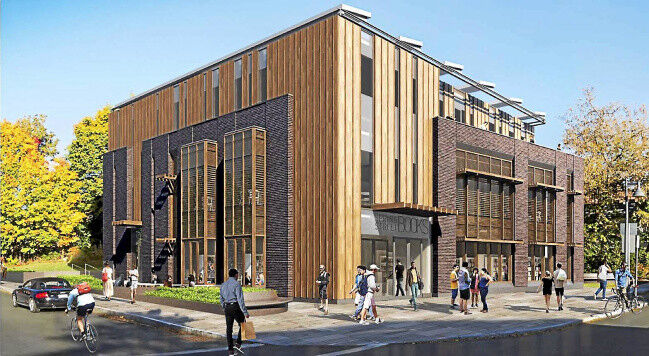 At nearly 15,000 square feet, the new bookstore will be similar to others along the street with three stories, and will be built with materials that fit in with those used in other buildings.

A new bookstore to serve Williams College students and the community will be built at the corner of Spring and Walden streets in Williamstown. Construction is expected to begin this summer.

At nearly 15,000 square feet, the new bookstore will be similar to others along the street with three stories, and will be built with materials that fit in with those used in other buildings.

WILLIAMSTOWN >> In a little more than a year's time, book lovers and Williams College students alike will have a brand new store to browse through on Spring Street.

Work will likely start on the $10 million project this summer, as Williams College moves forward with its plan to bring the college's textbook supplier closer to campus.

It will be at the corner of Spring and Walden streets, across from the newly reopened Log.

The project is designed to enhance commercial activity along the Spring Street corridor, according to Fred Puddester, vice president for finance and administration and treasurer at Williams College.

The current textbook supplier is Water Street Books. It is operated by Follett Corp., which owns and operates dozens of college bookstores across the country.

After requesting bids for a company to operate the new bookstore, five vendors were interested, but Follett submitted the winning bid and will continue to operate the store at the new location, Puddester said.

Construction will begin this summer, with an opening anticipated in the summer of 2017. Water Street Books then will close; a name has not been selected for the new store.

"In discussing the project, the priority became to get it closer to campus, and bring a little more vitality to Spring Street," Puddester said.

On the first of three floors will be retail books with a cafe in the rear. On the second floor, more retail books will be offered, as well as the textbook section for the college students. There will also be Williams College branded merchandise. The third floor will be leased out as professional office space. Some community space is in the plans for gatherings and book readings. The intent is for the store to be self-sustaining.

"It will be kind of a little community hub, and that's what we were going for," Puddester said. "The hope is that it becomes a nexus."

The cafe will have indoor and outdoor seating along the Walden Street side, Puddester said. College officials are still seeking a vendor to manage the small coffee shop operation.

At just under 15,000 square feet, the building will be similar to others along the street with three stories, and will be built with materials that fit in with those used in other buildings. The design, however, is much more modernistic than the bulk of the New England village style of the other stores along Spring Street.

Looking at the bigger picture, Puddester said this is the second in a trio of moves the college is making that will enhance commercial activity in the downtown. The first was reopening the Log as a restaurant for college students and staff as well as the general public.

The second step is building the bookstore, and the third will be the construction of a new Williams Inn at the bottom of Spring Street.

"Between the [bookstore, the Log] and the Inn, we think we're making some key investments that will create some more excitement down there," Puddester said.

Emily Watts, executive director of the Williamstown Chamber of Commerce, said more offerings on Spring Street leads to more business for all of the stores.

"When we have new initiatives on Spring Street — or anywhere in town — I view it as an opportunity to increase our overall economic vitality," Watts said. "Having a new bookstore at the bottom of the street will activate that area and continue to drive increased foot traffic and thus vibrancy in our downtown business district, reinforcing and encouraging its role as an economic hub.

"And at the Log," she added, "there have been over 20,000 users through it since it reopened. So not only is the renovated space a beautiful addition to the street, it is absolutely a driver of more activity and excitement while also being a welcoming venue for students and residents to use to share and connect."

Puddester said the new location will probably result in an increase in sales volume of both books and merchandise.

He said more than 2,000 Williams College students spend an average of $500 per semester on textbooks, although the actual spending varies widely from one student to the next. For the more than 1,000 financial aid students, text books are grant-funded.

The Williams Shop, which has been selling Williams College merchandise for years at the top of Spring Street, will continue to do so after the new store opens.

"There are an awful lot of Ephs, and we think there may be enough to keep both stores going," Puddester said.