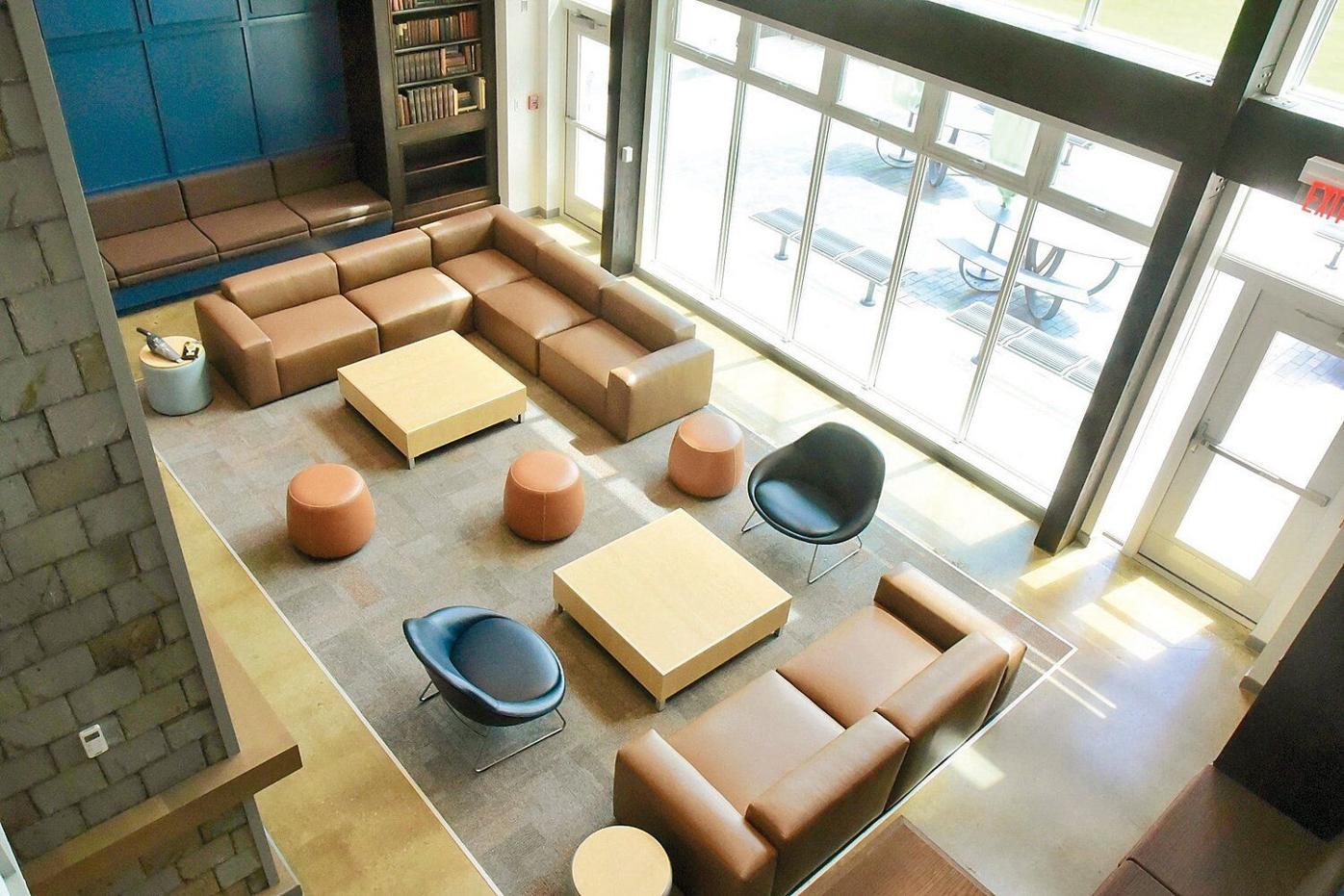 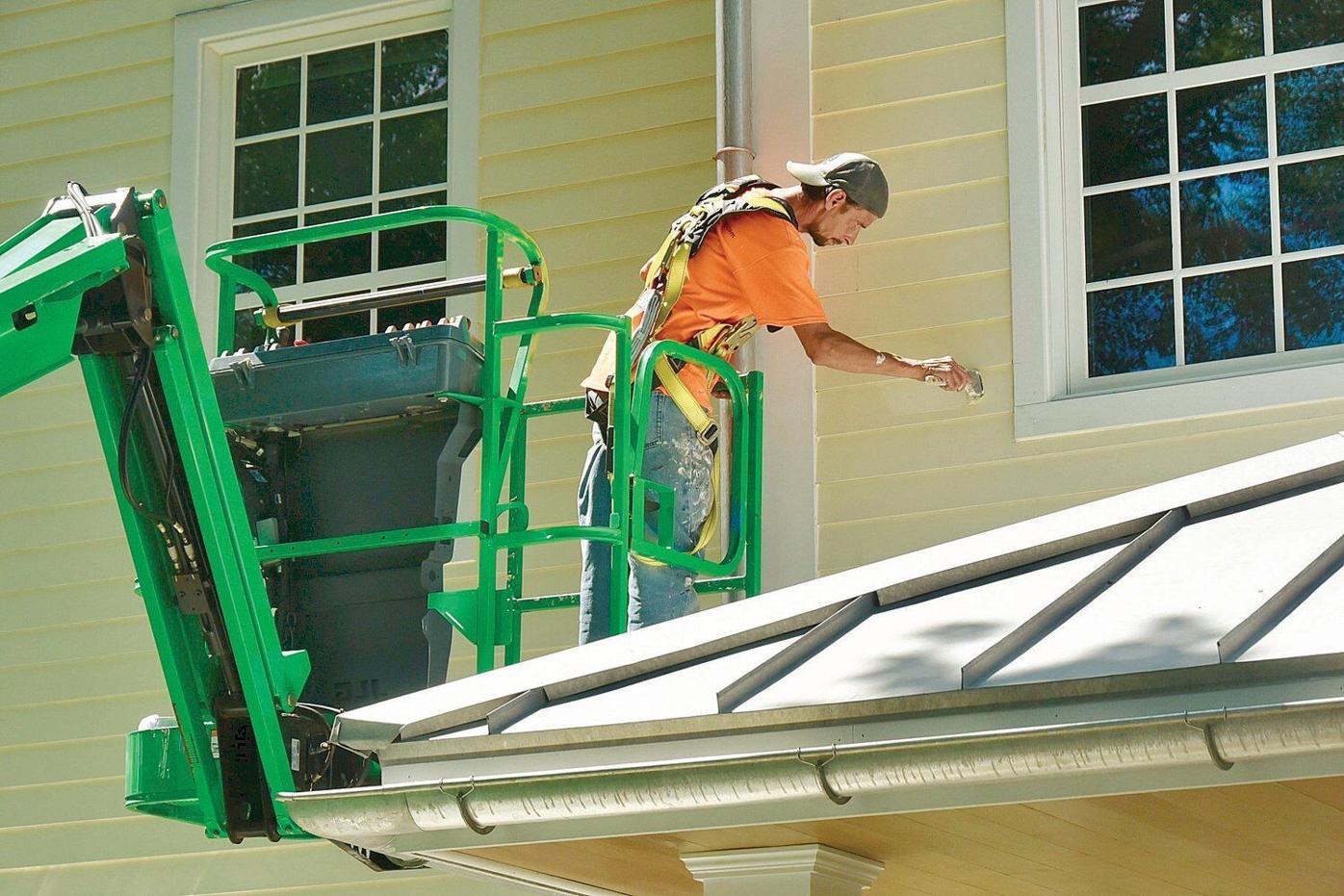 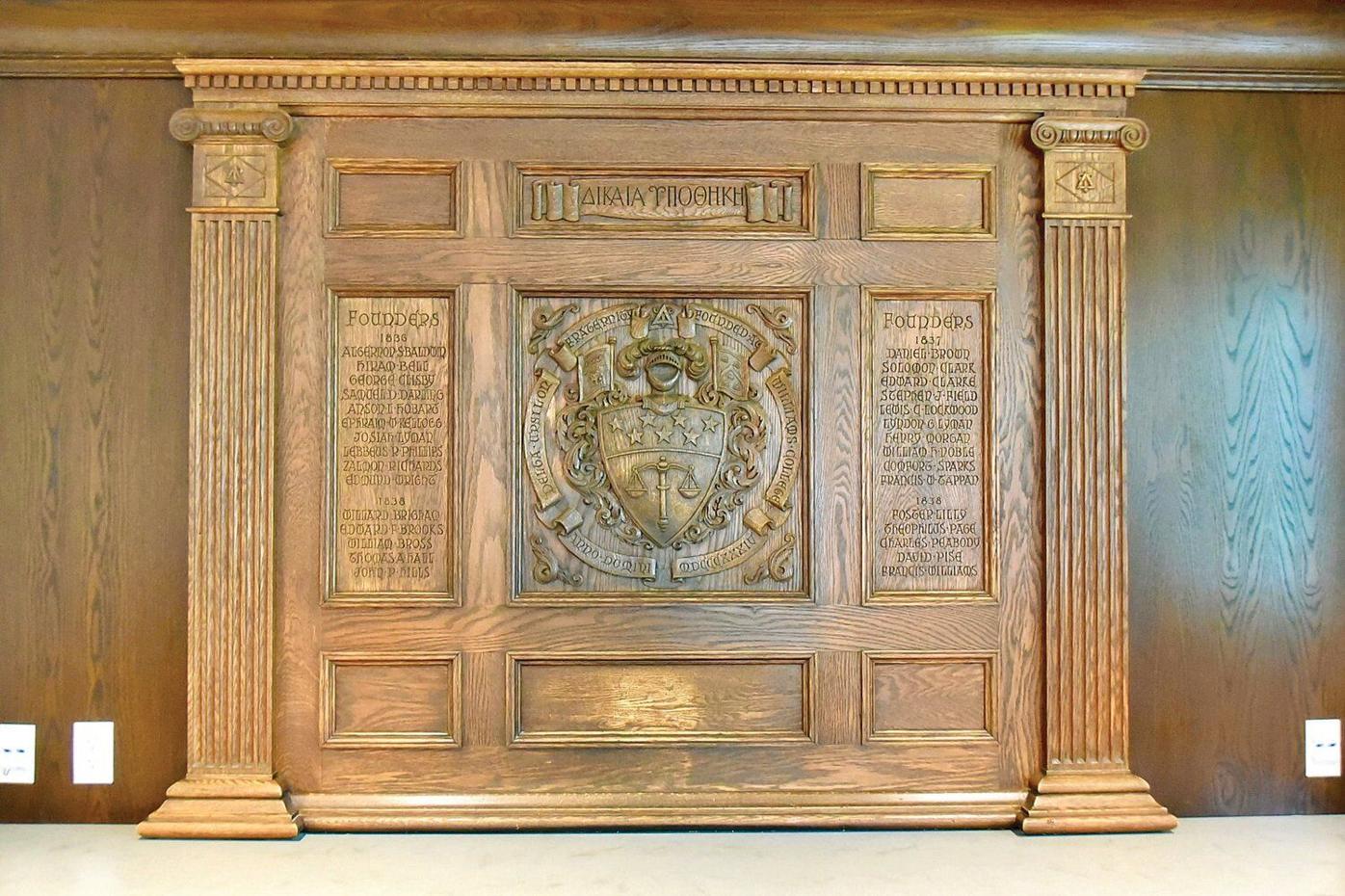 The original Delta Upsilon fraternity's founders board was used as a part of the wall in the student dining room in the new Garfield House dorm at Williams College. 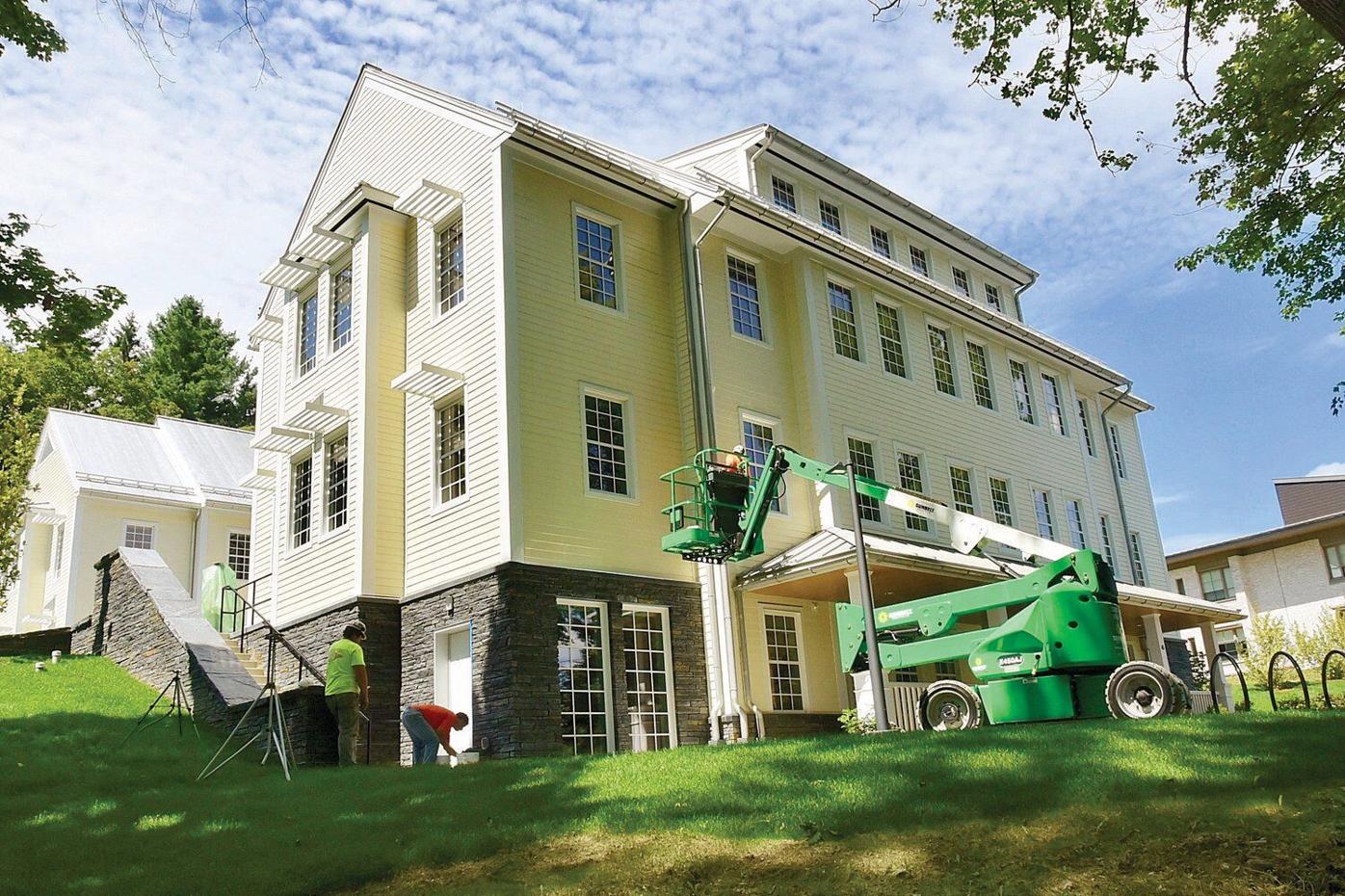 The original Delta Upsilon fraternity's founders board was used as a part of the wall in the student dining room in the new Garfield House dorm at Williams College.

WILLIAMSTOWN — When students return to Williams College for the fall semester in a couple of weeks, some of them will find themselves staying in the newest — and most energy-efficient — residence hall on campus.

The dorm stands on the site of Garfield House, originally a summer cottage built in 1850 on South Street by a wealthy family. By 1924 it had been refitted as a fraternity house for Delta Upsilon.

In the 1970s, it became a dorm for Williams students, but it was haunted by 1800s-era insulation, of which there was very little.

Last summer it was demolished, and in its place the school built a $9.8 million energy-efficient structure that is fully accessible to people of differing abilities.

Garfield House includes a full kitchen and dining room, a bike storage room, a living room with a big screen TV, and each living pod has a separate lounging area. There are also several study nooks.

"The new building offers spaces and amenities our students have come to expect and appreciate, while incorporating memories from the previous building, such as original wood paneling in the lower level common room and slates from the former building's roof that create a unique feature wall in the first-floor common room, and taking full advantage of its siting and views," said Doug Schiazza, the director of the Office of Student Life, via email. "Our students will feel very much at home in the new Garfield."

Garfield House is designed to LEED Gold standards as well as a high-performance, wood-framed building using the "Passive House" design criteria and philosophy. LEED, or Leadership in Energy and Environmental Design, is the rating system used by the U.S. Green Building Council to measure a building's sustainability and resource-efficiency.

It is one of the first two residence halls in Massachusetts to meet the Passive House Institute standards, which focus on a well-insulated, airtight outer shell, high performance windows, and high-efficiency energy recovery.

For example, the living room has high windows with automatic shades that open or close at the touch of a button. They are fully solar powered by attached miniature photo voltaic panels.

The roof is layered with insulation and is about 3 feet thick. The windows are all triple paned, and the heating, ventilation and air conditioning, or HVAC, system works in the winter by recapturing the heat from the air before it is vented from the building. Bruce Decoteau, the project manager, called it "airtight."

"From our perspective, it is the responsibility of higher education to lead, experiment with new techniques, and demonstrate best practices to other institutions and businesses," said Amy Johns, director of Williams College's Zilkha Center for Environmental Initiatives, in an email.

The decor is also innovative in its reuse of the structure's history. The slate tiles that covered the old roof were repurposed as wall covering in the living room, and the wooden carving commemorating the names of the founders of the Delta Upsilon fraternity was preserved and mounted in the dining room.

"This was a great project," Decoteau said. "And when the students came by to look it over, they said it came out better than they expected."