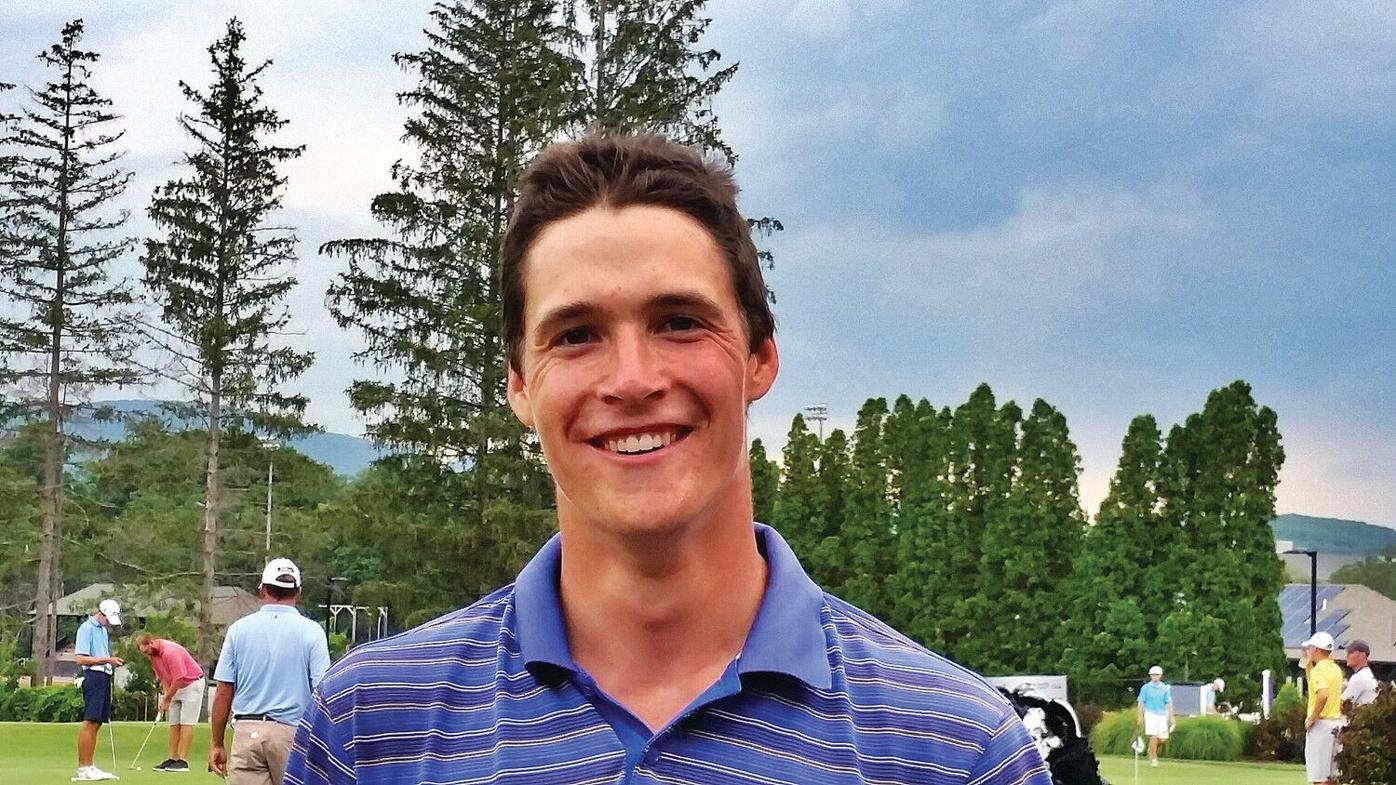 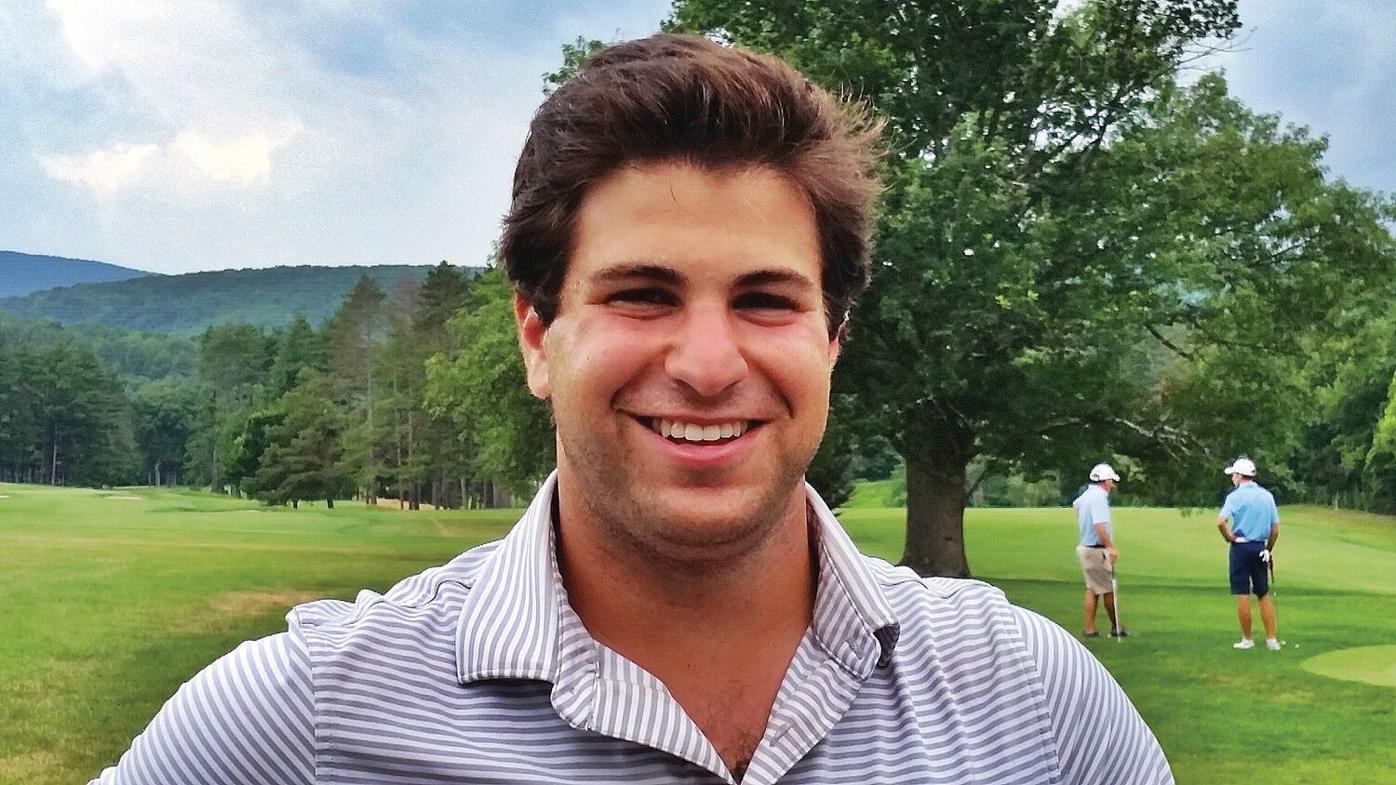 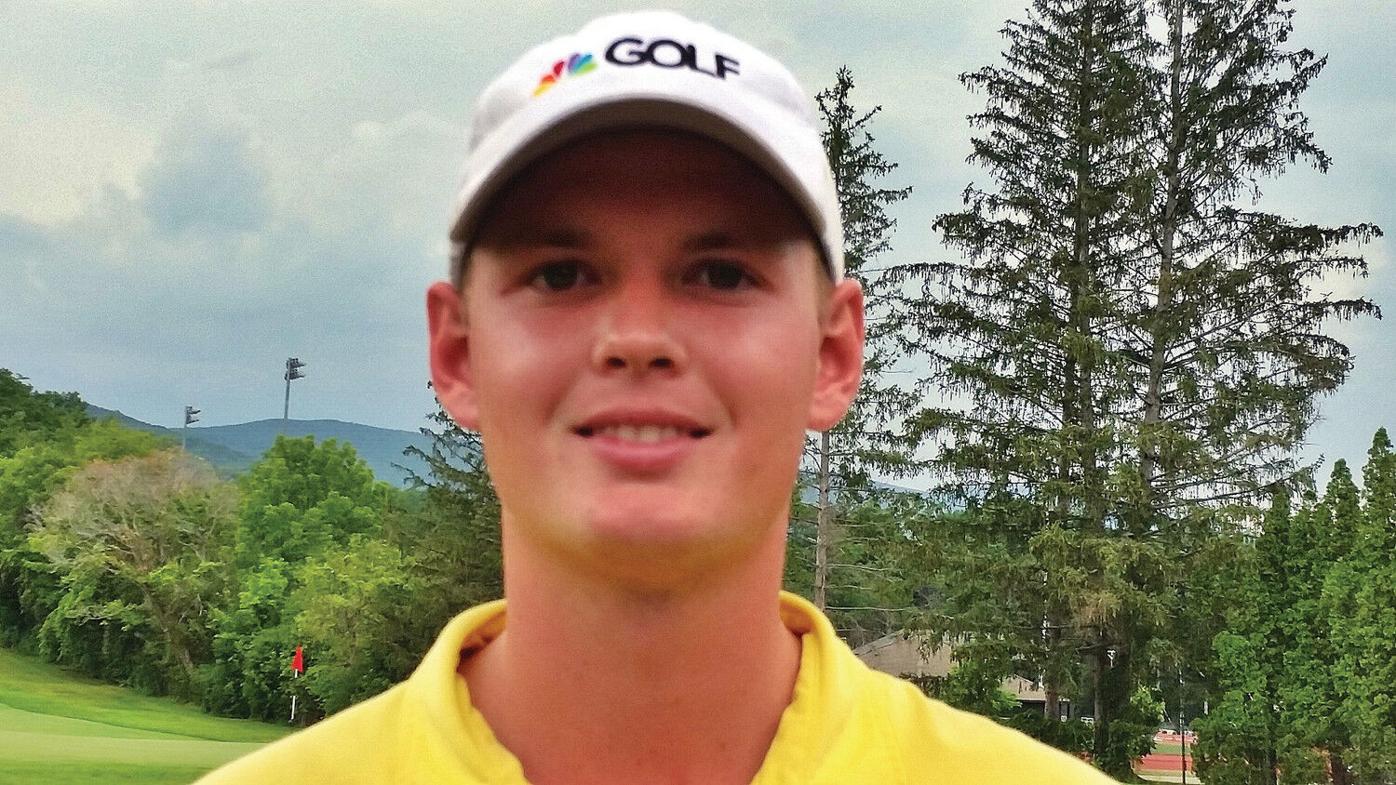 WILLIAMSTOWN — Taconic Golf Club head professional Josh Hillman was as happy as anyone Monday afternoon. After all, it's not every year that two of his Williams College golfers qualify for the U.S. Amateur.

Will Kannegieser and Sam Goldenring earned two of the three available spots at the qualifier held at Taconic. Kannegieser earned medalist honors by shooting a two-round total of 5-under-par 137. Goldenring, like Kannegieser a rising junior at Williams, was two shots back.

"It's everything you would want as a college coach," said Hillman, of his two U.S. Amateur qualifiers. "There's not many people that know this course as well as they do. I watched them play all their holes today, and they hit their shots where they should have, left the balls in the right spots around the holes and made the putts."

Kannegieser, a two-sport athlete at Williams shot a 6-under-par 65 in the afternoon second round to vault over the field and earn medalist honors. That round included six birdies, only two bogeys and an eagle-3 on the par-5 first hole. The course record is held by Jake Shuman, who shot a 64 in the 2016 Massachusetts Amateur at Taconic. Shuman was scheduled to be at Taconic this year, but he earned a spot on the Canadian pro golf tour.

"It was a good day," Kannegieser said, with a bit of understatement. "I was super excited just to be out here playing."

Matthew Paradis of Hooksett, N.H., who last week won the New Hampshire Amateur, is the third golfer out of Taconic to qualify for Pebble Beach, where the U.S. Amateur will be played Aug. 13-19. Paradis was the first-round co-leader after shooting a 69 in the morning. He shot 74 in the afternoon to finish 1-over 143.

"I haven't thought about it yet," Kannegieser said with a laugh. "I'll actually need to reschedule a ski trip I think, in the middle of August.

"I don't know when the dates are, but I wasn't expecting to make it."

The other sport Kannegieser competes in at Williams is alpine skiing.

Kannegieser and Goldenring both started on the 10th hole, as the field was split to start from No. 1 and 10.

Goldenring was in the first group off 10, while Kannegieser was in the last group.

Kannegieser's first-round 72 was only three shots behind the co-leaders Paradis and Owen Quinn, the son of longtime PGA pro Fran Quinn. The rising junior at Williams said that his round might have been a bit better, but he holed out a shot on the 16th, only to have the ball bounce off the flag stick and out of the hole.

"In the afternoon, all the putts I looked at that were makeable, I made, which was great," he said. "I kept saying, why not?"

Kannegieser made the turn at 3-under 33. He started his back nine with an eagle on the par-5 first, and finished his round of 32 with a birdie on the par-3 ninth.

"I wasn't really thinking about the result of this one," he said. "Honestly, I was thinking to myself that I could be working right now, so this isn't too bad. I got a freebie today.

"I really wasn't coming in with any expectations. I knew I could play well, but I wasn't expecting to play well."

Goldenring wanted to make up for a rough ride at a U.S. Amateur qualifier last year at Brae Burn Country Club in Purchase, N.Y.

"I was definitely looking to qualify," he said, after shooting his 3-under 68 in the afternoon. "I had, I guess you could call it a learning experience last year. I was really in it through 27 holes last year, but I let a few shots get away. I ended up missing it by one, and that was definitely on my mind throughout the day. I didn't want to make the same mistakes.

Last year, Goldenring shot a 3-under 69 in the first round but had a 6-over 78 in the second. Starting on the back nine last year, he had four bogeys on his back nine, including a disastrous double bogey-6 on his thirteenth hole, No. 4 at Brae Burn.

Goldenring was even-par 71 after the first round. He came out in the afternoon and birdied the 10th, 12th and 16th, making the turn at 2-under 34.

"To be honest I kind of like" starting on the back nine, Goldenring said. "It's not necessarily harder, but you can get in a lot more trouble on the back. It's nice to play through that first, and then have the front nine — which suits my eye — coming up."

Goldenring started birdie, birdie and finished with par on six of his final seven holes for the 68 that put him on top of the leader board for most of the afternoon. That was until Kannegieser came roaring in.

The third qualifier came in with the best resume. Paradis, a rising senior at Southern New Hampshire, beat Pat Pelletier 6 and 5 to claim the New Hampshire Amateur championship on Friday. It was Paradis' first win after two runner-up finishes there. He said that gave him a lot of confidence for playing Taconic.

"I felt like I was playing good" in New Hampshire, he said. "I was hitting it good. These greens are a lot faster than the ones I've been playing, but still I rolled the rock pretty good."

Paradis and Quinn had tied at 69 after the morning round. While many scores were better in the afternoon, Paradis' score shot up to a 3-over 74.

"Actually I played a lot worse in the afternoon. I think I was five shots worse," he said. "I made some good putts. Coming down, I made a triple on my 17th hole coming in, which was a pretty dumb mistake."

Nate Choukas of Hanover, N.H., shot a two-round total of 144 to earn one of the two alternate slots. Quinn beat out five other golfers in a playoff for the second alternate.