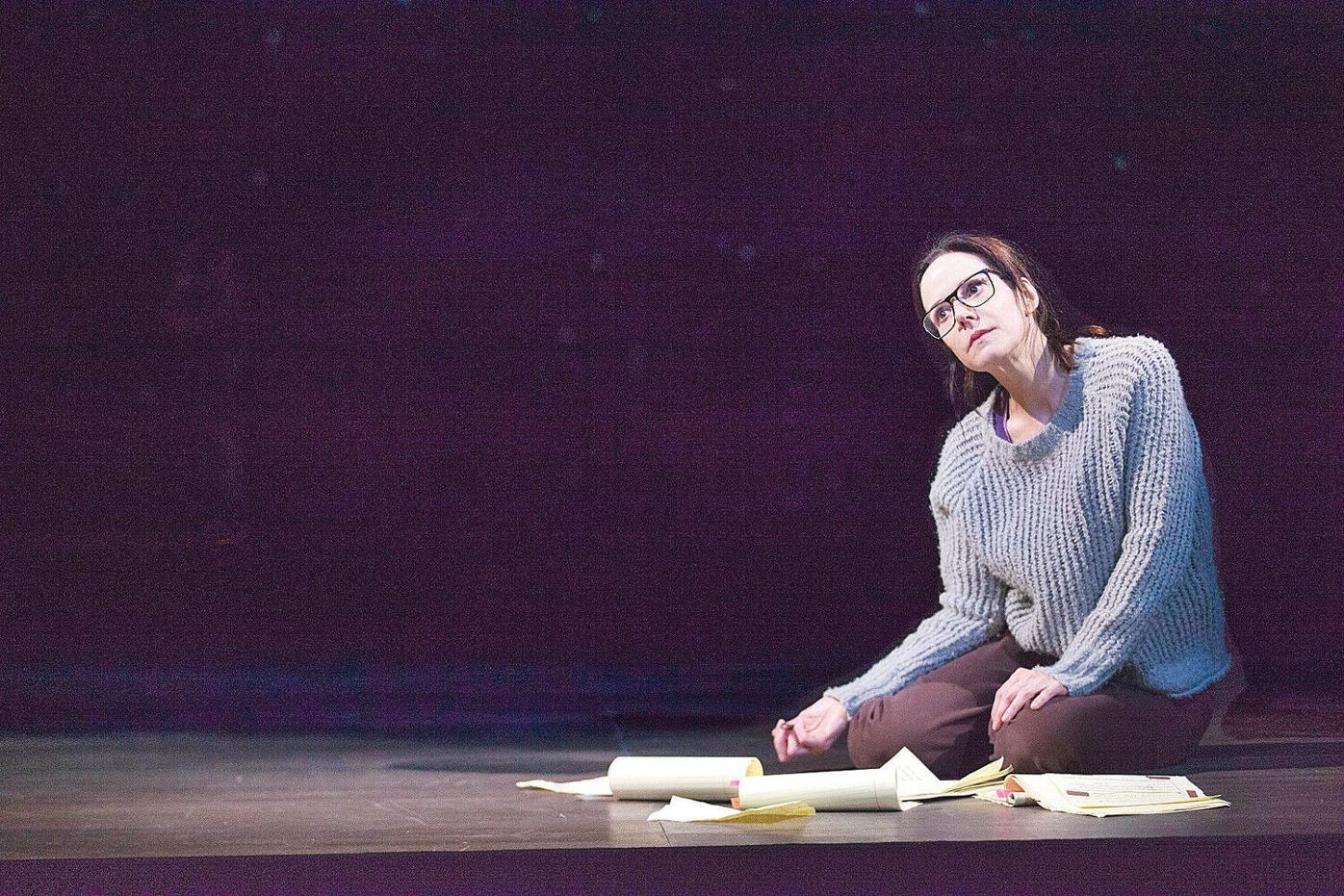 Mary-Louise Parker as Bella Baird in "The Sound Inside" at Williamstown Theatre Festival. 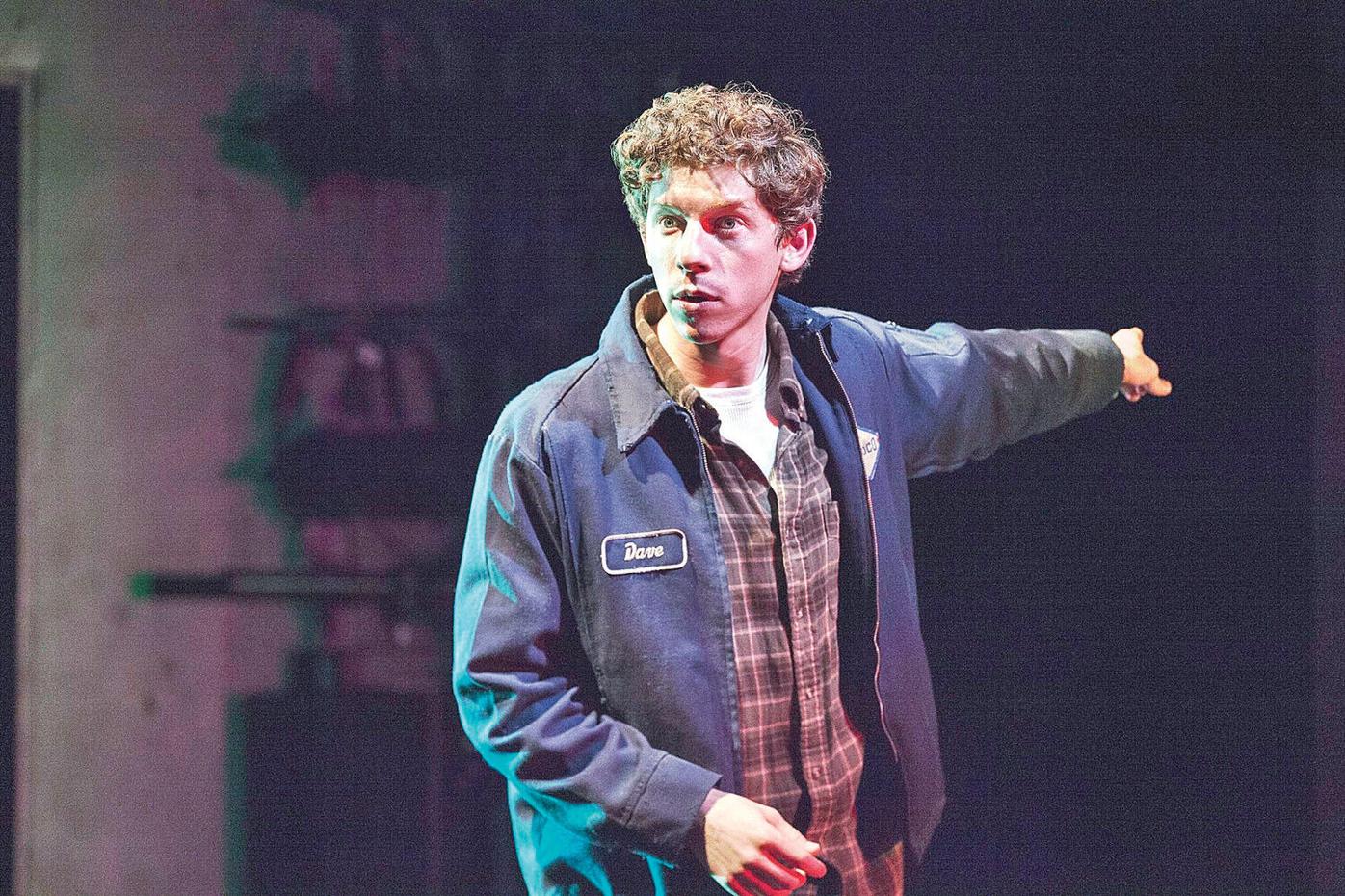 Will Hochman (Christopher) in "The Sound Inside," which is on the Nikos Stage now through July 8.

Mary-Louise Parker as Bella Baird in "The Sound Inside" at Williamstown Theatre Festival.

Will Hochman (Christopher) in "The Sound Inside," which is on the Nikos Stage now through July 8.

WILLIAMSTOWN — Theater certainly hasn't been averse to approaching characters' innermost observations ("Did my heart love till now?" Romeo famously asked of Juliet), but "The Sound Inside" offers more interiority than most.

In the midst of a run at Williamstown Theatre Festival, Adam Rapp's play about an Ivy League professor's reckoning with some bad health news and a precocious student is uncommonly literary for the stage.

"It is, in many ways, in the hands of a wildly accomplished playwright, kind of less playwriting and more like a novella, more like a piece of prose," director David Cromer told The Eagle during a joint telephone interview with Rapp, whose play "Red Light Winter" was a Pulitzer Prize finalist in 2006, before "The Sound Inside" performances began last Wednesday at Nikos Stage.

Fresh off a 2018 Tony triumph for his direction of the musical "The Band's Visit," Cromer arrives in the Berkshires with acclaim of his own. The challenge of bringing the script's world to the stage attracted him to the project.

"I was struck by this really intangible, very-difficult-to-grasp idea that watching this play was going to be like reading prose or experiencing prose alone in the dark with just a little lamp and a chair by yourself," Cromer said " ... We're hoping it's a slightly new kind of experience in the theater. I'm not claiming to be reinventing the wheel here, but I think it subverts normal expectations of watching a play."

Rapp's script marries his dual careers as a playwright and novelist. He said he has penned 13 novels, including two graphic novels, over the course of his life.

"I really want to capture what it is to think aloud in some ways, what it is to write prose and to track one's thoughts and one's psyche as they're faced with something that is terribly urgent," he said.

Bella Baird, the Yale University creative writing professor played by Parker, is indeed encountering a pressing matter. Following Baird's third-person opening that describes her occupation and physical appearance, Baird informs the audience (in first person) that she was diagnosed with stage 2 cancer more than a year earlier. Shortly thereafter, she relays that she opted "to skip all the hullabaloo of suffering" by forgoing chemotherapy. She decided that she wanted to end her life by lethal injection, provided she could find an "injection buddy" to help her finish the three-step process.

Baird subsequently takes the audience back to the period before her diagnosis. The play becomes a memory piece examining her relationship to one of her students, Christopher Dunn. The freshman is attempting to write a novel. Baird, a middle-aged, single recluse, at different points wards off and welcomes her encounters with Dunn in her classroom, office and home.

"She certainly has side effects of loneliness that sometimes can feel like depression," Rapp said.

The play is narrated from Baird's perspective, so Dunn's own mental hurdles are less apparent.

"I think the young character is really struggling with the same thing, but when you're 19, it feels like you're carrying a building around," Rapp said, noting that he hopes after seeing "The Sound Inside," "people are drawn to discussing the subject of depression or mental fitness. I hope the play allows them to talk about it."

The playwright isn't addressing the topic from a distance.

"I struggle with depression myself, and I have tremendous empathy for people who struggle with it. It's no joke. It almost ruined me in my late 30s, and I got help, and I'm glad I did because I'm still here," he said. "It is a very sensitive subject right now with a lot of celebrity people who have gone recently, and I think there are a lot of people lost in little dark rooms that nobody knows about who are struggling with it."

Cromer knows about depression firsthand, too.

"I also suffer pretty severely from depression, or have suffered, and have gotten help and am feeling very, very well," he said.

Parker's acuity made her a fit to capture Baird's intricate mental state, according to the director.

"The complexity of her mind, the ability that she's able to juggle seven complicated thoughts at once, the idea that she finds a way to make anything sound utterly original and immediate ... we sort of know that about her as an actor," Cromer said of the 2001 Tony winner for lead actress in a play for her performance in David Auburn's "Proof."

Hochman was more of a revelation.

"He was the last kid we saw [audition], and it was such an immediate response from both of us," Rapp said.

The actors take the stage with different presences.

"She's a known whose work is unknowable; it's constantly creative," Cromer said. "And then he's an unknown. That's very [much] like the structure of the play in some ways. It's nice when the production is the thing the play is about, which is that we spend a lot of time with Mary-Louise's character, and then this stranger kind of enters her world, and we learn about him as we go."