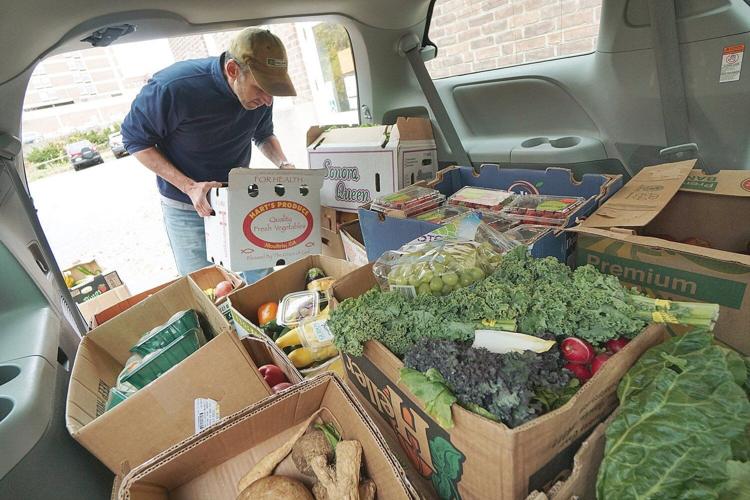 Paul Kaplan of Berkshire Bounty delivers a van full of food Tuesday to the food pantry at South Congregational Church in Pittsfield. 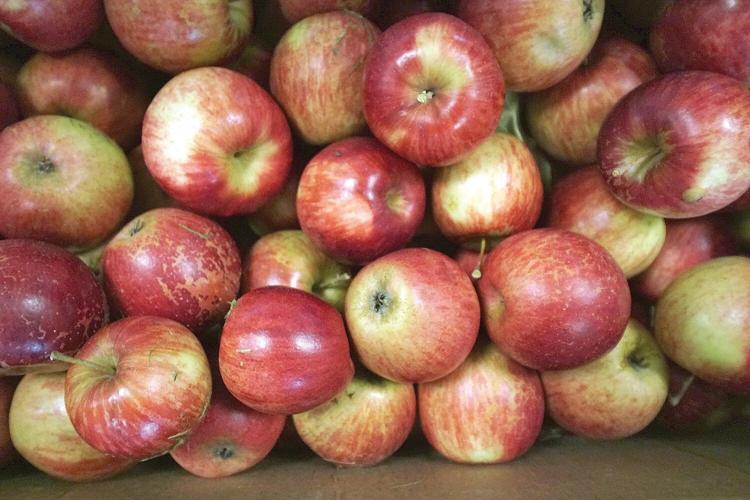 A container of apples is on the food pantry table at South Congregational Church after it was delivered Tuesday by Berkshire Bounty. 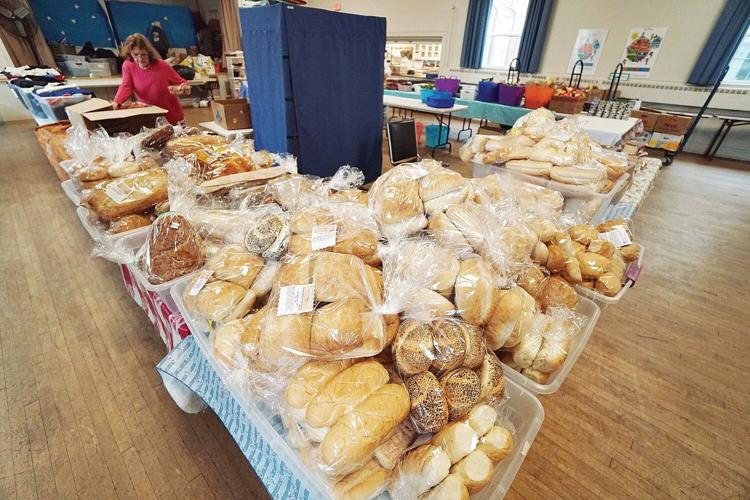 Food from local supermarkets, delivered by Berkshire Bounty, fill the food pantry tables at the South Congregational Church in Pittsfield. 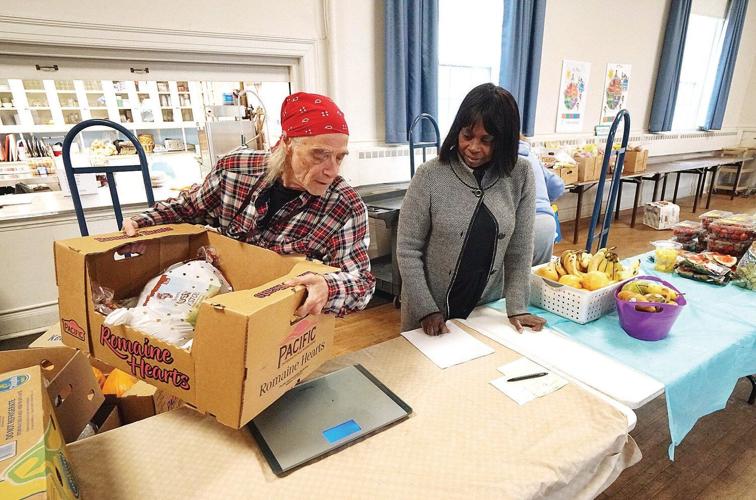 Joe Johnson and Gracie Walton weigh and sort food deliveries Tuesday after Berkshire Bounty delivered them from local supermarkets at the South Congregational Church in Pittsfield.

Paul Kaplan of Berkshire Bounty delivers a van full of food Tuesday to the food pantry at South Congregational Church in Pittsfield.

A container of apples is on the food pantry table at South Congregational Church after it was delivered Tuesday by Berkshire Bounty.

Food from local supermarkets, delivered by Berkshire Bounty, fill the food pantry tables at the South Congregational Church in Pittsfield.

Joe Johnson and Gracie Walton weigh and sort food deliveries Tuesday after Berkshire Bounty delivered them from local supermarkets at the South Congregational Church in Pittsfield.

GREAT BARRINGTON — It's 8:30 a.m. at the Guido's loading dock and three men are stuffing boxes of produce in their cars.

They've just collected unsold fruit and leftover vegetables from Big Y, and will soon head to the Berkshire Food Co-op and Price Chopper.

But it is what these volunteers for Berkshire Bounty do along the way that is making a difference in the lives of hundreds, if not thousands of county residents. They'll be dropping the food off at food pantries and soup kitchens, meeting what is a growing need of those who struggle to afford groceries.

While Paul Kaplan heads to South Congregational Church in Pittsfield, where up to 1,200 pounds of produce goes each week, Mark Cohen and Larry Frankel make their first drop-off across the street at Volunteers in Medicine of the Berkshires, which provides free medical and dental care to county residents who qualify.

The amount of leftover produce from stores, farms and orchards is more than meeting the needs of food distribution that has tripled since last year. Berkshire Bounty has increased the amount of excess food it collects and delivers over 100,000 pounds since last year. The nonprofit purchased a van, and is growing.

But this growth marks an escalation of what are hard times for many.

"The need seems to be insatiable," said Jay Weintraub, who, with Mark Lefenfeld, founded the nonprofit.

At a recent gathering at Fuel Coffee Shop, the two met with volunteers and bonded again over the group's mission, and talked about a future expansion, given the unfortunately robust demand — and supply.

Now in its third year, Berkshire Bounty collects the food from 13 stores and farms, as well as from 20 private gardens and orchards like those at Kripalu Center for Yoga & Health and The Norman Rockwell Museum, and delivers it to 15 points of access, including senior centers and churches.

It all happens every day except Wednesday, and if there were more volunteers, it could also happen that day, Weintraub said. Early fall was extra busy, with the gleaning of fruit.

"Larry is our bagel man," he said of Frankel, who does the pickup at Barrington Bagel.

The volunteers are well over age 50, raising questions about how the organization will live on after its volunteers don't. Someone makes a death joke. They all laugh. And they are tireless and dogged.

"How do we get more food?" Weintraub wondered.

Lefenfeld asks how to keep work simple and efficient without exposure to liability.

"How do we grow?" he asked. The group gets some grant money. Contributors include Berkshire Agricultural Ventures and the Green Pastures Fund of the Berkshire Taconic Community Foundation.

But the heart of the matter is poverty. For instance, about 41,000 people in the county were served by The Food Bank of Western Massachusetts last year, according to its website.

At South Congregational Church alone, the kitchen produces 400 to 500 meals a week.

"The choices people have to make," Frankel said, "Let's say the transmission in their car goes."

Hinda Bodinger said helping those in need is typical of the "Berkshires profile."

Before Berkshire Bounty got traction, it was a man named Mel Greenberg who spearheaded this work and did it for 20 years. His legacy has combined with this new organization.

"Mel's work has grown even beyond his death," said Friedman, who used to work with him.

The group needs help, and particularly from young people and those who can lift up to 40-pound boxes, sometimes 50 pounds. They all laugh at someone's age joke.

All this work is of the low-flying good deed variety. Only those involved know what's going on.

"Most people have never heard of us," Weintraub said.

But the stores have. They also get a tax write-off for what they give away.

"It's extraordinary," Friedman said. "Big Y and Guido's give us an extraordinary amount of food more than once a week."

Steven Gigliotti, Big Y's manager, says there's more excess available to give should the group get more volunteers. Right now that all goes into the compost heap.

"But we'd rather give it to somebody in need," he said.