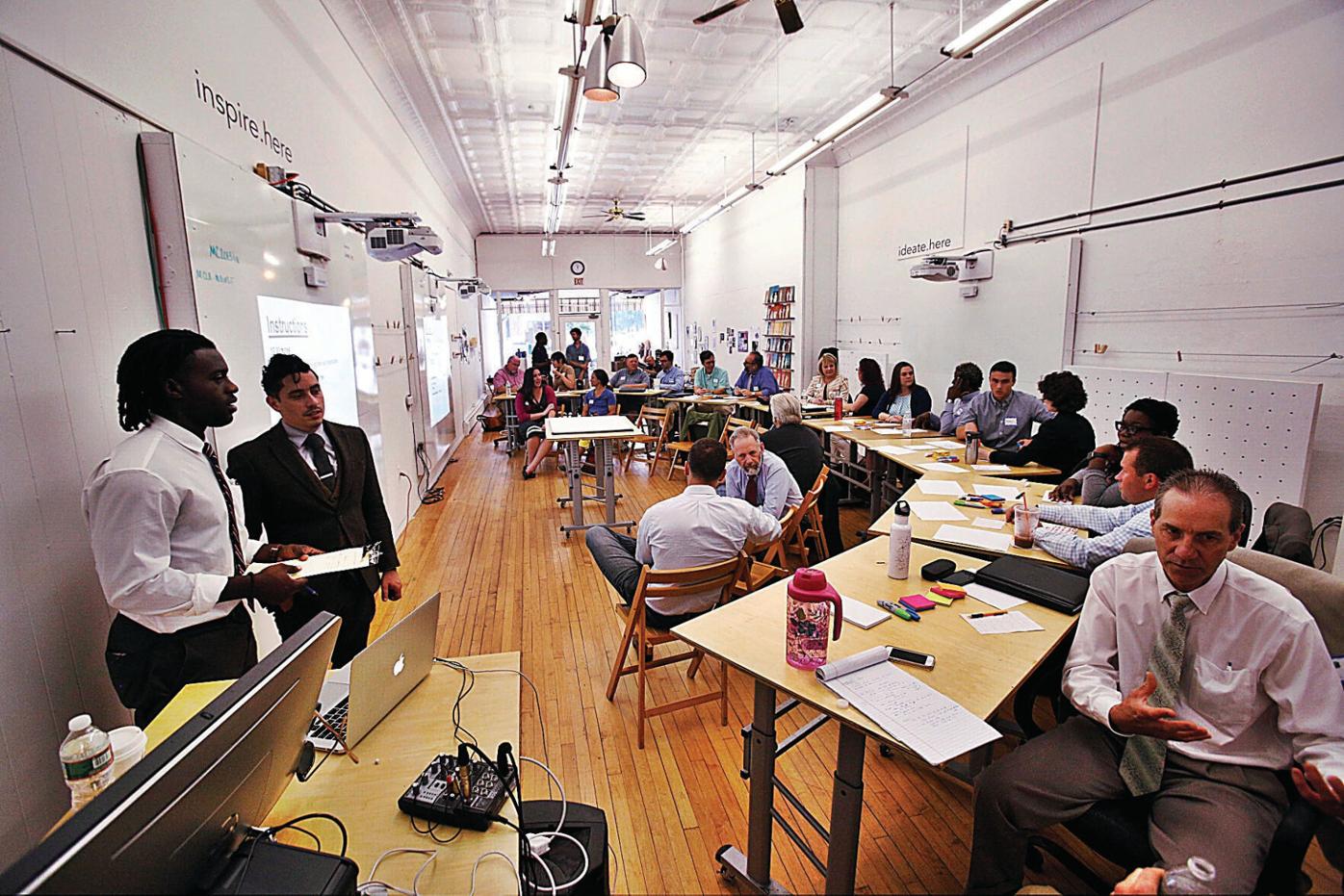 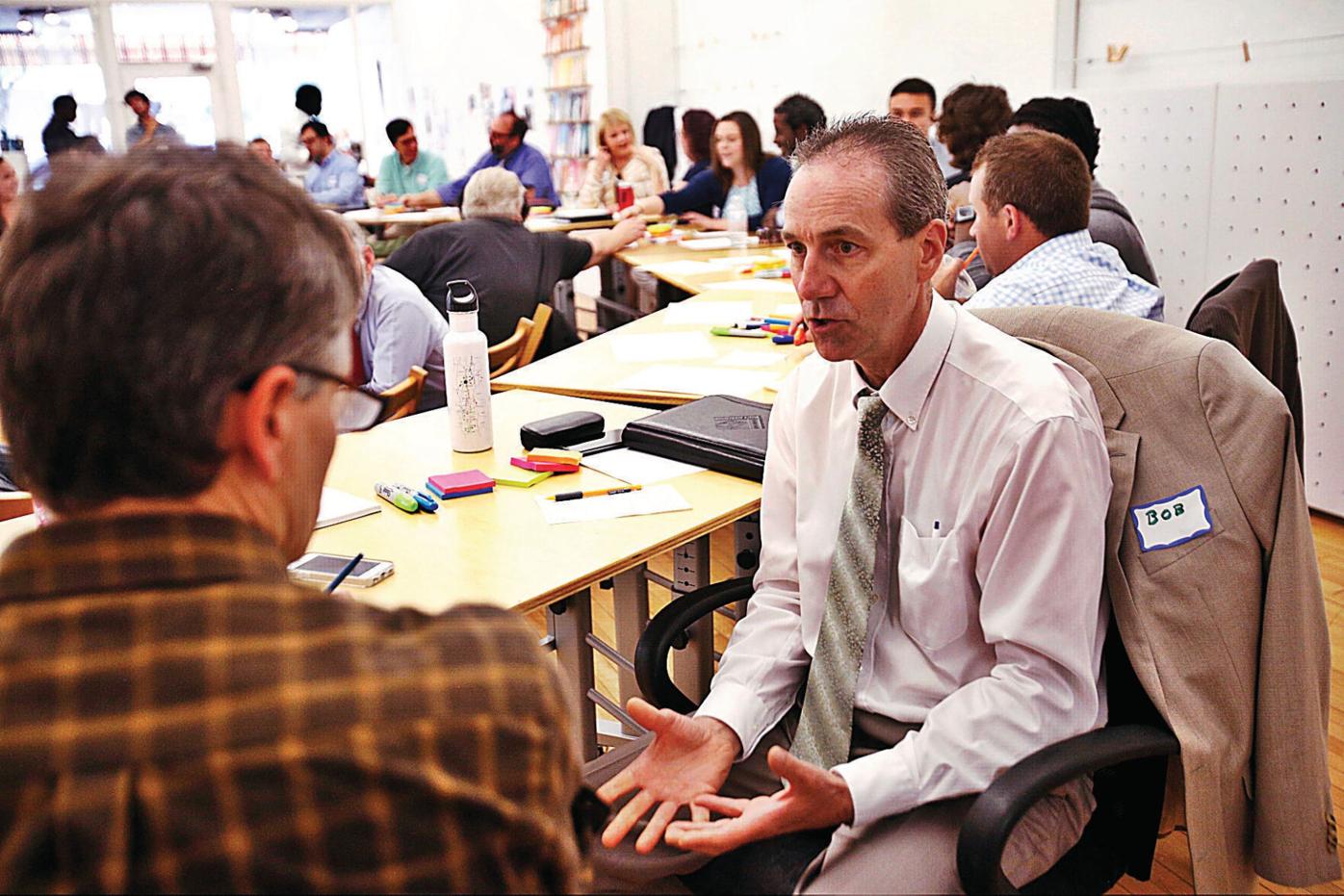 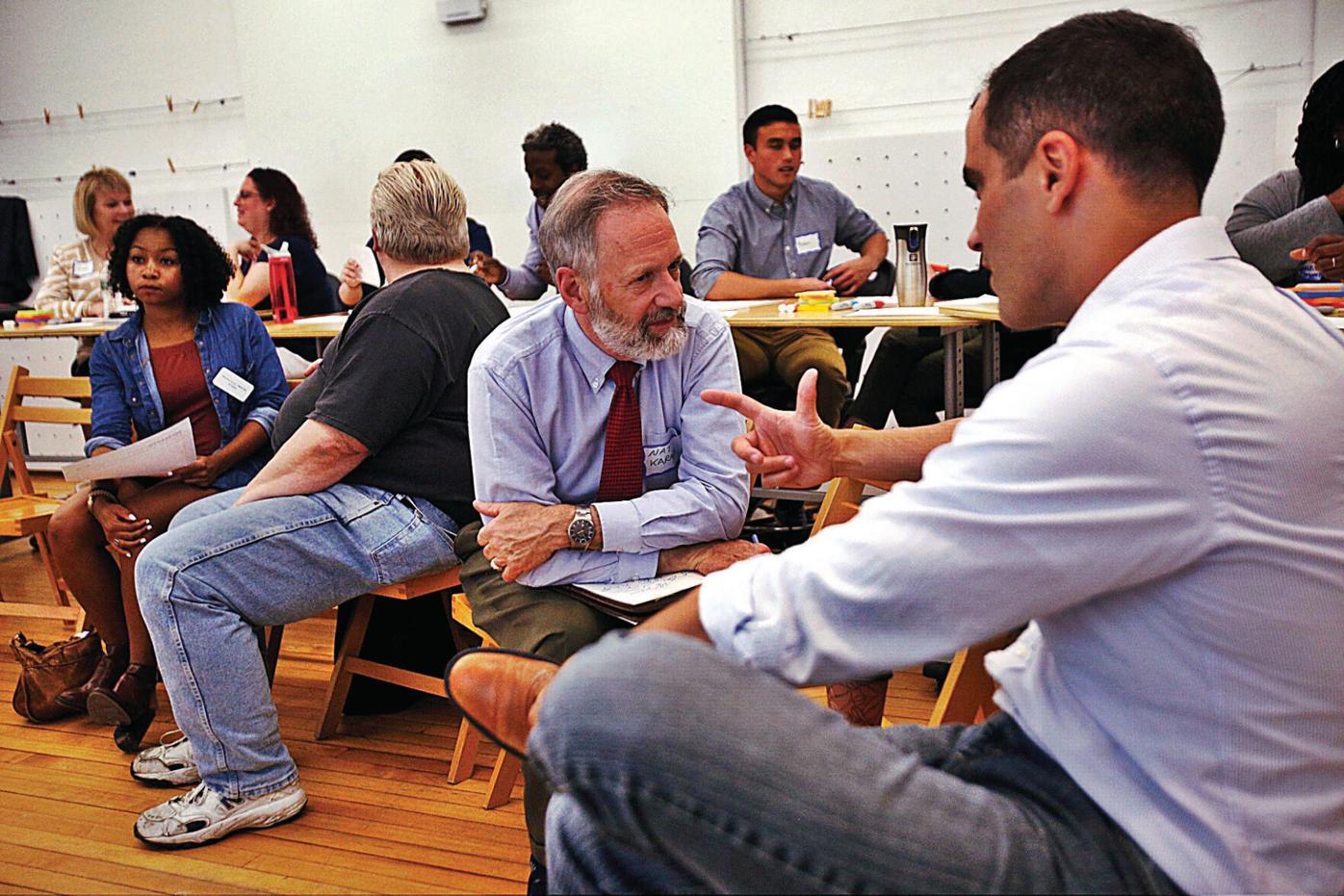 NORTH ADAMS — Of all the challenges facing the Berkshires, it's perhaps access to transportation that looms largest.

Hinds remarked on the omnipresence of the topic at Friday's Design Thinking Workshop at the Massachusetts College of Liberal Arts Design Lab in downtown North Adams.

"Whenever we talk about the economy, K-12 education, transportation comes up," said workshop organizer Jake Eberwein, the dean of the Massachusetts College of Liberal Arts Division of Graduate and Continuing Education.

The event was a chance for the Berkshire community to generate ideas to solve transportation issues.

The workshop was presided over by Project Coordinator Zaf Feury and Eberwein. Both men are well versed in the design thinking concept, which applies an empathetic model of listening to clients and users as a way of finding proper solutions to their concerns.

"Running through these exercises we can find out what may be actionable," said Feury.

The group of over twenty community members was split into small sections and discussed the challenges, positives and future of transportation in the region.

"I came because I wanted to see human-centered problem solving at work," said LeRhonda Manigault-Bryant, associate dean of faculty at Williams College.

Manigault-Bryant told The Eagle that concerns around transportation were a regular source of discussion in her position, particularly as the college turns over faculty.

"It's about how we talk about what's available," she said.

Sarah Wu, a Williams alumnus, said she used the bus frequently when she was a freshman, to travel from her dorm in Williamstown to her internship at the Massachusetts Museum of Contemporary Art in North Adams.

Now, she drives. But as a born and bred New Yorker — she was raised up in Queens — she's quite comfortable using public transportation.

"There just aren't a lot of options," Wu said.

North Adams Mayor Richard Alcombright agreed. He told the group that the public wants better public options to get from point A to point B.

Hinds had planned to attend the event but had to phone in because of the budget vote in the state Legislature page A1.

In the budget, Hinds said, is an item funding a Department of Transportation working group to explore options for train service from New York City to the Berkshires.

Hinds also urged the group to lobby their fellow citizens to support the Fair Share Amendment, also known as the millionaire's tax. The law, which would draw revenue from a 4 percent tax on incomes of over $1 million to provide funding for education and transportation, will be on the ballot in November 2018.

"It could bring up to $1.9 billion to the budget for transportation and education," Hinds said. "I hope this is part of an ongoing conversation."

Hinds' District Aide A.J. Enchill told The Eagle that the senator's staff is hearing feedback from across the Berkshires to develop solutions to the transportation issue.

"Our office is gathering ideas," Enchill said. "Transportation is part of addressing the particular needs of our region."