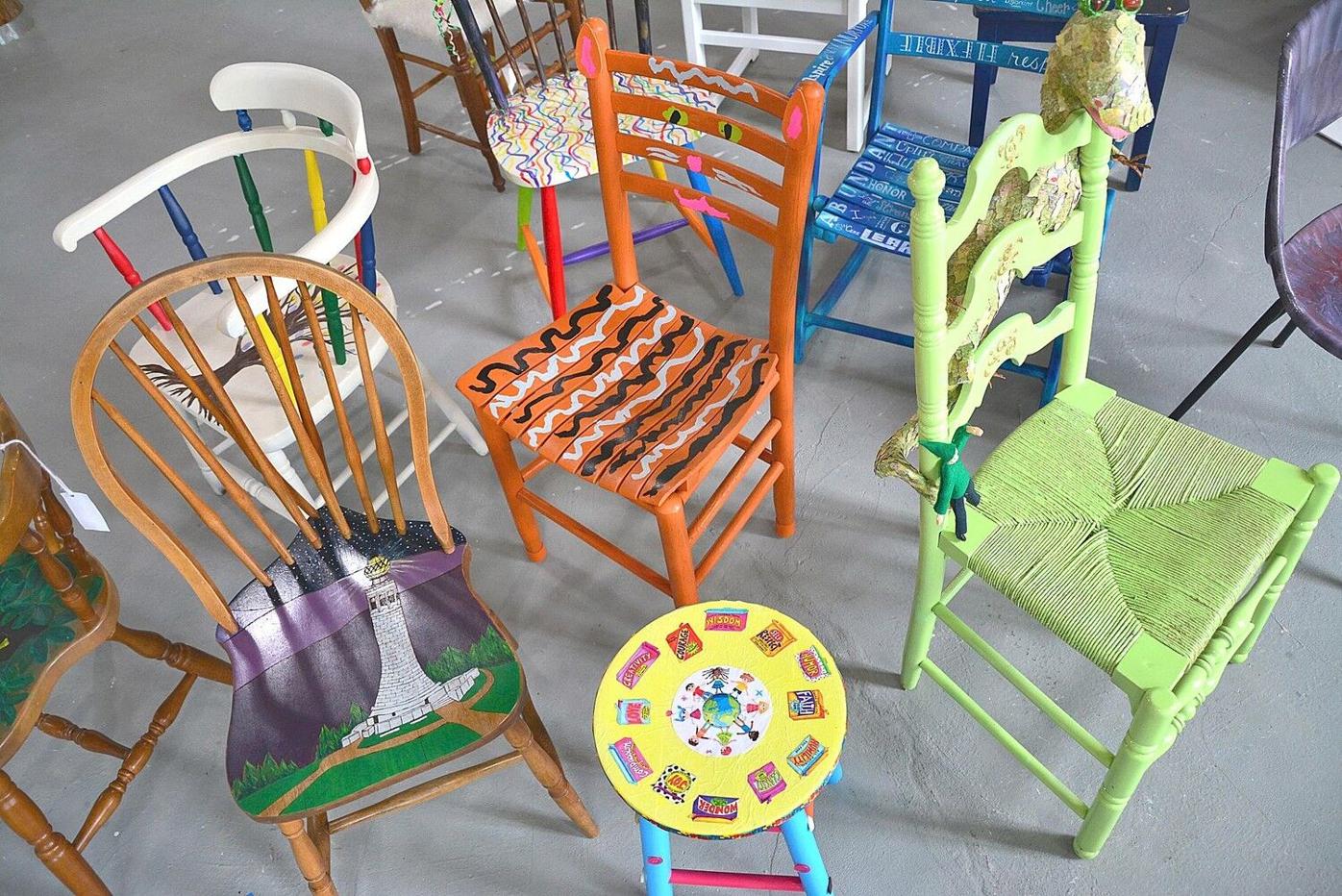 The online auction will run through Sept. 21. 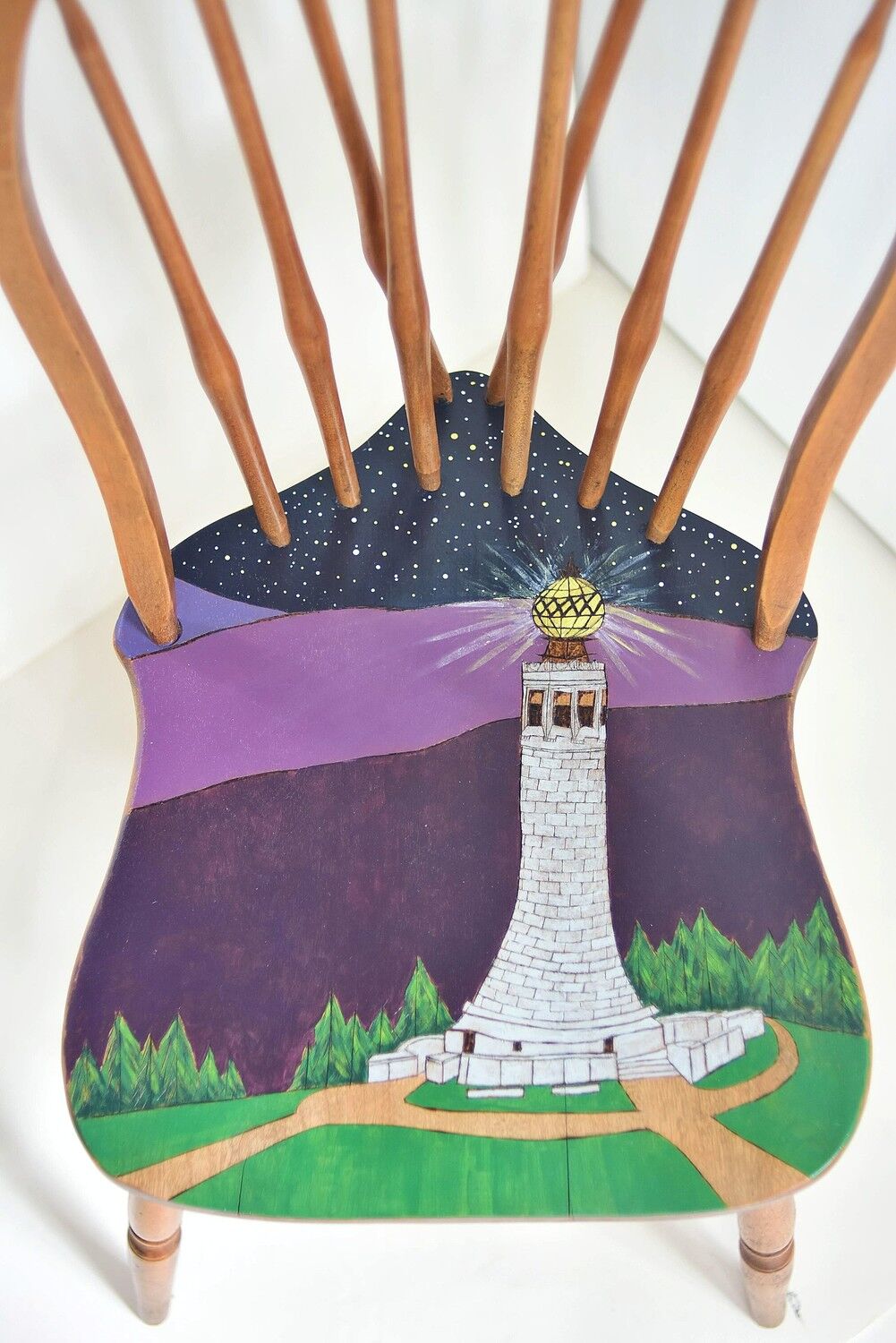 A chair featuring the beacon on the summit of Mount Greylock painted by Carissa Toomey. 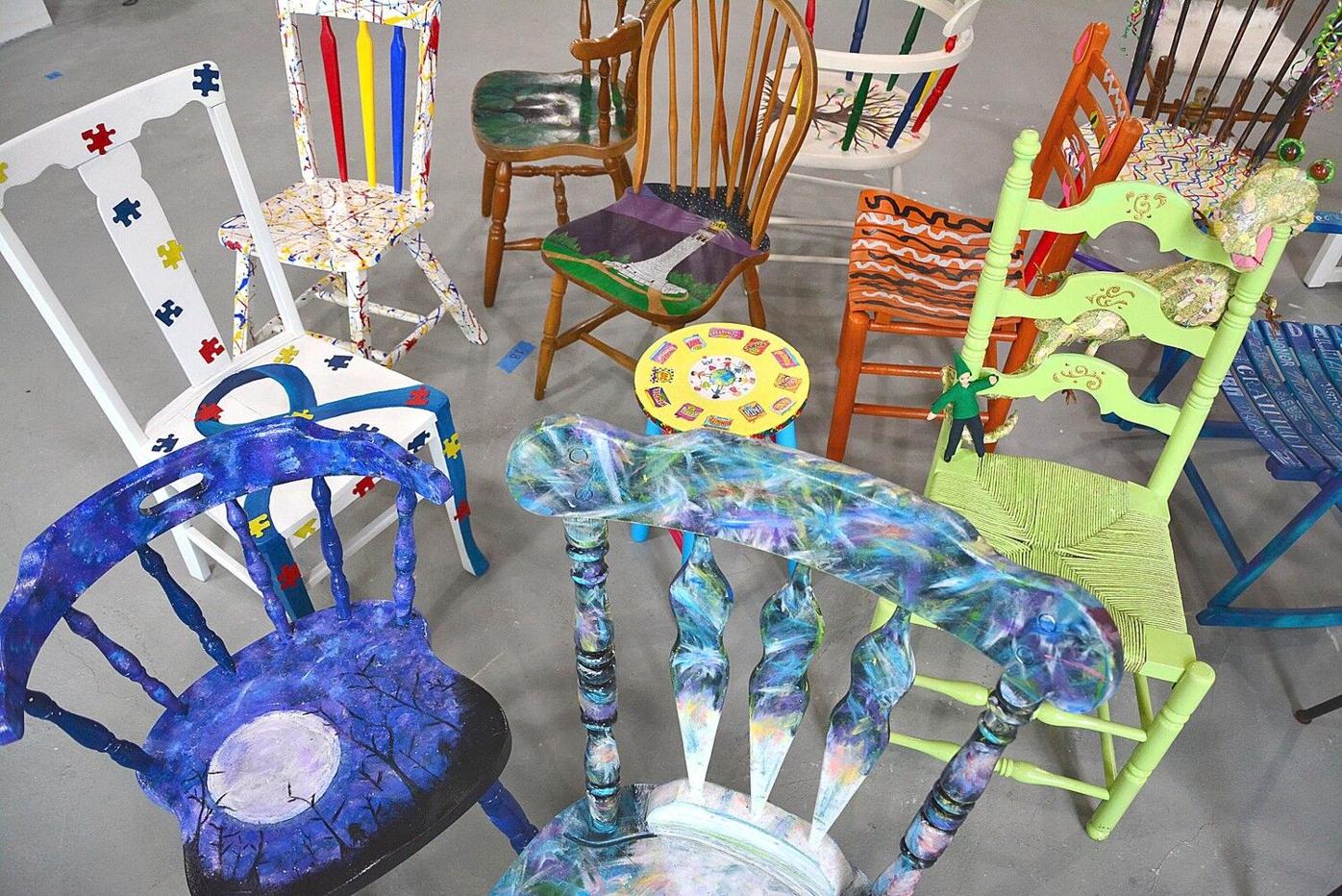 Some of the chairs donated by artists to the Chair Auction to benefit the Adams Youth Center, Inc. 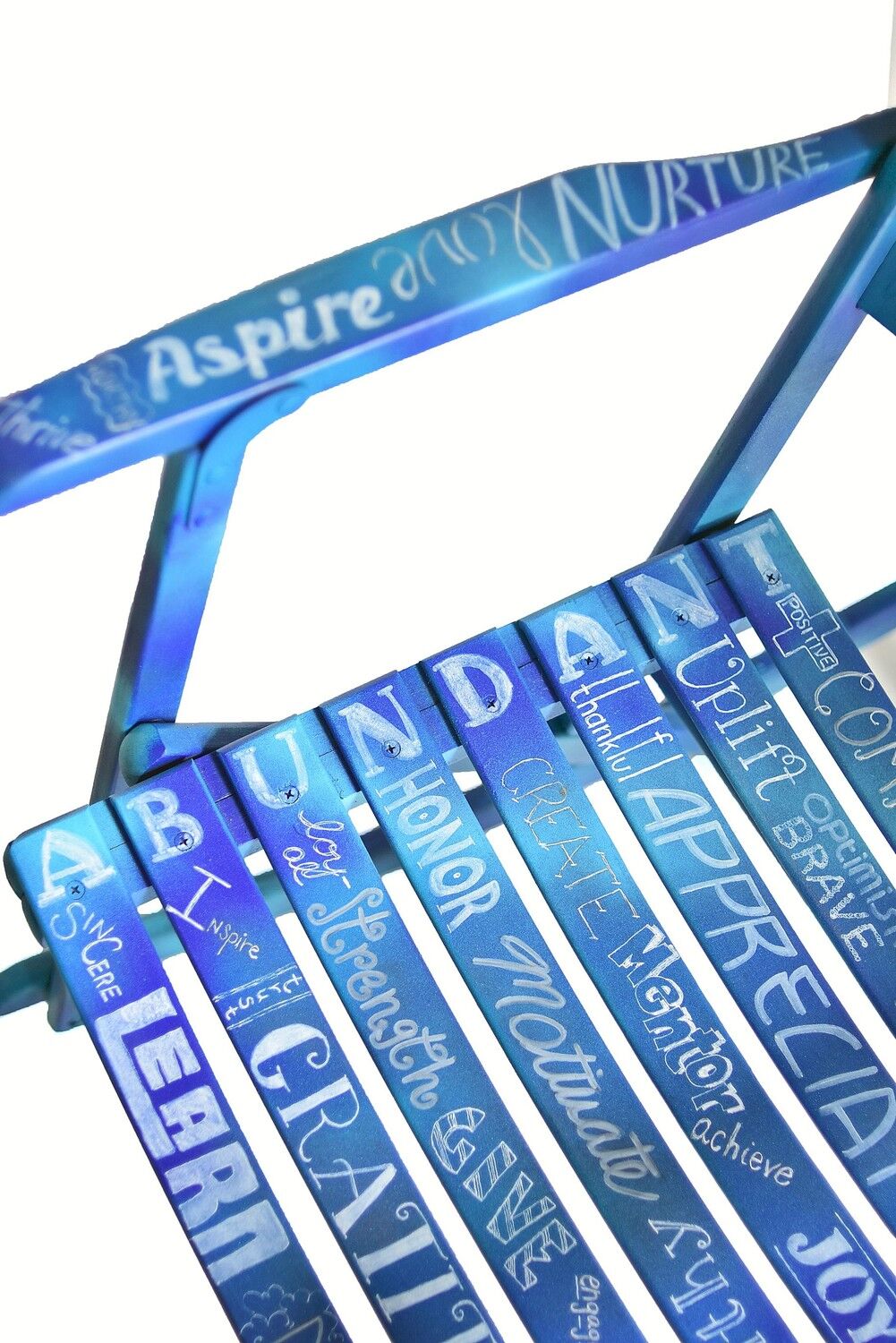 This rocking chair is made by Stephanie Martin for the Chair Auction to benefit the Adams Youth Center, Inc.

The online auction will run through Sept. 21.

A chair featuring the beacon on the summit of Mount Greylock painted by Carissa Toomey.

Some of the chairs donated by artists to the Chair Auction to benefit the Adams Youth Center, Inc.

This rocking chair is made by Stephanie Martin for the Chair Auction to benefit the Adams Youth Center, Inc.

The elaborate chairs lining a drab Berkshire Mill room's windowed walls signal that the Youth Center Inc.'s annual Great Chair Auction is once again underway. For the fifth year, people can bid on chairs and other furniture that have been donated and decorated by local artists, organizations and others as a means to raise money for the center. This year's creations will live at the mill complex through Friday, Sept. 21, when the online auction will close; unlike past years, there will be no live auction. Youth Center Inc. director Sonia DiSanti continues to be impressed by the submissions.

"Every year, people are just so creative," DiSanti said Thursday morning. "Every year, you think, 'Oh, I don't know how people can outdo the year before.' And then you start getting these chairs, and you're like, 'Holy cow.'"

The auction was former center director Irene Bator's idea, according to DiSanti. It has been a vital fundraiser for an organization that runs educational, recreational and social programs for children, teens and families year-round.

The last auction, held in 2016, raised the least at about $8,500, according to DiSanti. Typically, there are about 50 items to bid on; this year, there are 32. The first auction only allowed chairs, but the organizers quickly realized other types of furniture were of interest.

"We had dressers. We even had a headboard. Those things are useful, too. People may want them," DiSanti said.

This year's collection includes a variety of pieces. Patti Francoeur, of Adams, created a LEGO table. It's the first time she's participating in the auction, though she has often painted chairs and other furniture for people.

"I like it when people just give me the, 'Do whatever!'," Francouer said Wednesday ,before dropping off a different table, this one with a unicorn depicted on it, at the mill complex.

Julie Morgan, of Dalton, had an old electronics cabinet in her home that her family hadn't been using.

"We were actually going to throw it out," Morgan said.

Instead, she turned it into a blue TARDIS, the time machine from the British TV series, "Doctor Who," for the auction. The Nottingham, England, native also made a wine-themed table. She hasn't missed an auction yet, typically painting multiple chairs for the occasion. She had never done so before participating in the event.

One year, she painted sports teams' logos on some of them.

"The men love those," she said. (This year, a cushioned Boston Bruins chair is on display, though Morgan didn't make it.)

Francie Riley donated and worked on an Adirondack chair.

"It looks like a pile of leaves," she said Thursday.

Riley shares ownership of Real Eyes Gallery on Park Street with her husband, William. She said that the chair got more use at their New York home.

"I would sit in this chair and wait for the kids to come home from school," she said.

It's her fourth time contributing to the fundraiser. She also frequently buys as many as four or five chairs from the auction, placing them around the house.

"They're all so amazing every single time," she said.

Berkshire Family & Individual Resources Inc. worked on four chairs this year, and Goodwill donated many of the chairs up for bid, according to DiSanti. The director feels that this year's crop is more practical than some previous ones.

"A lot of them are more usable," she said.