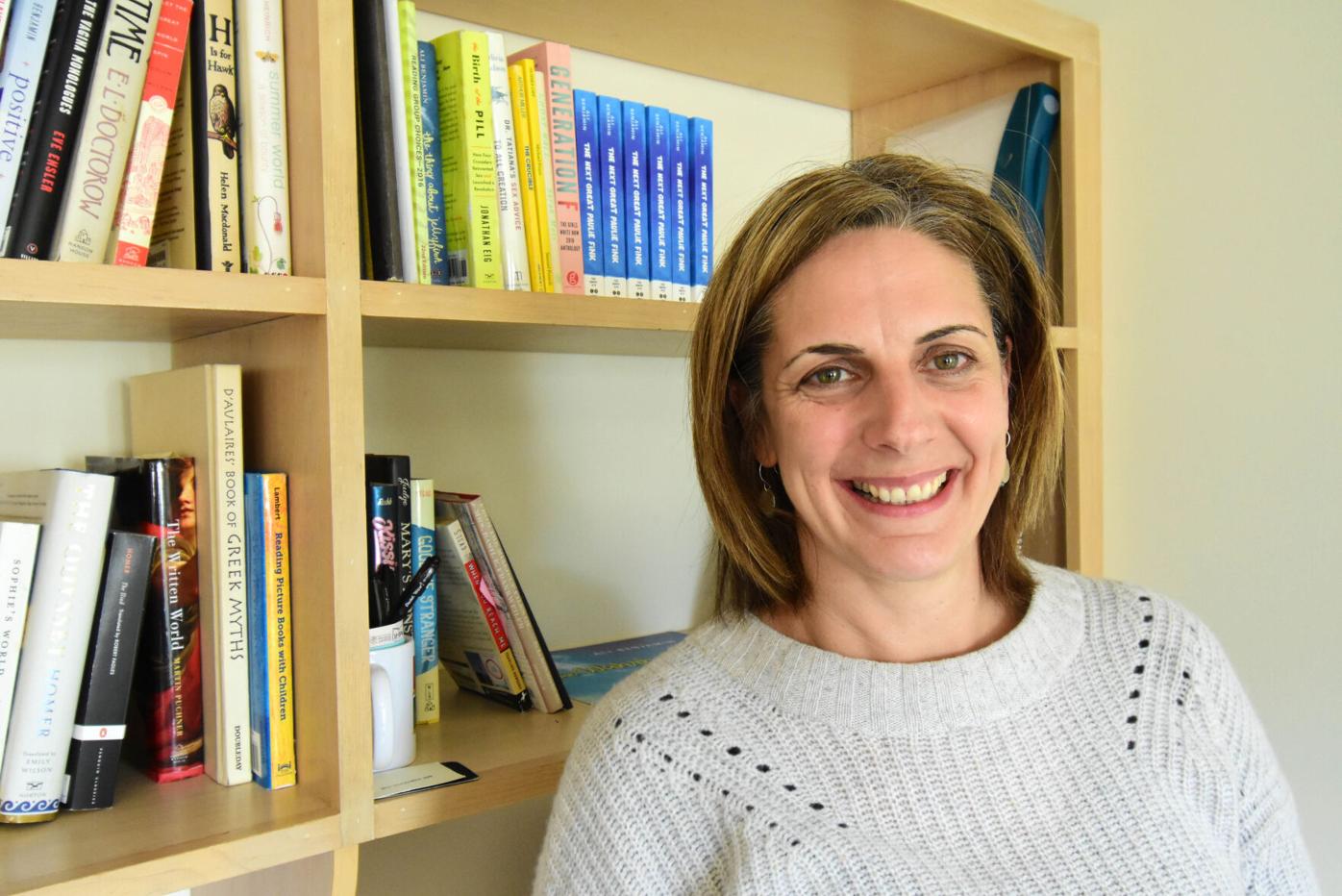 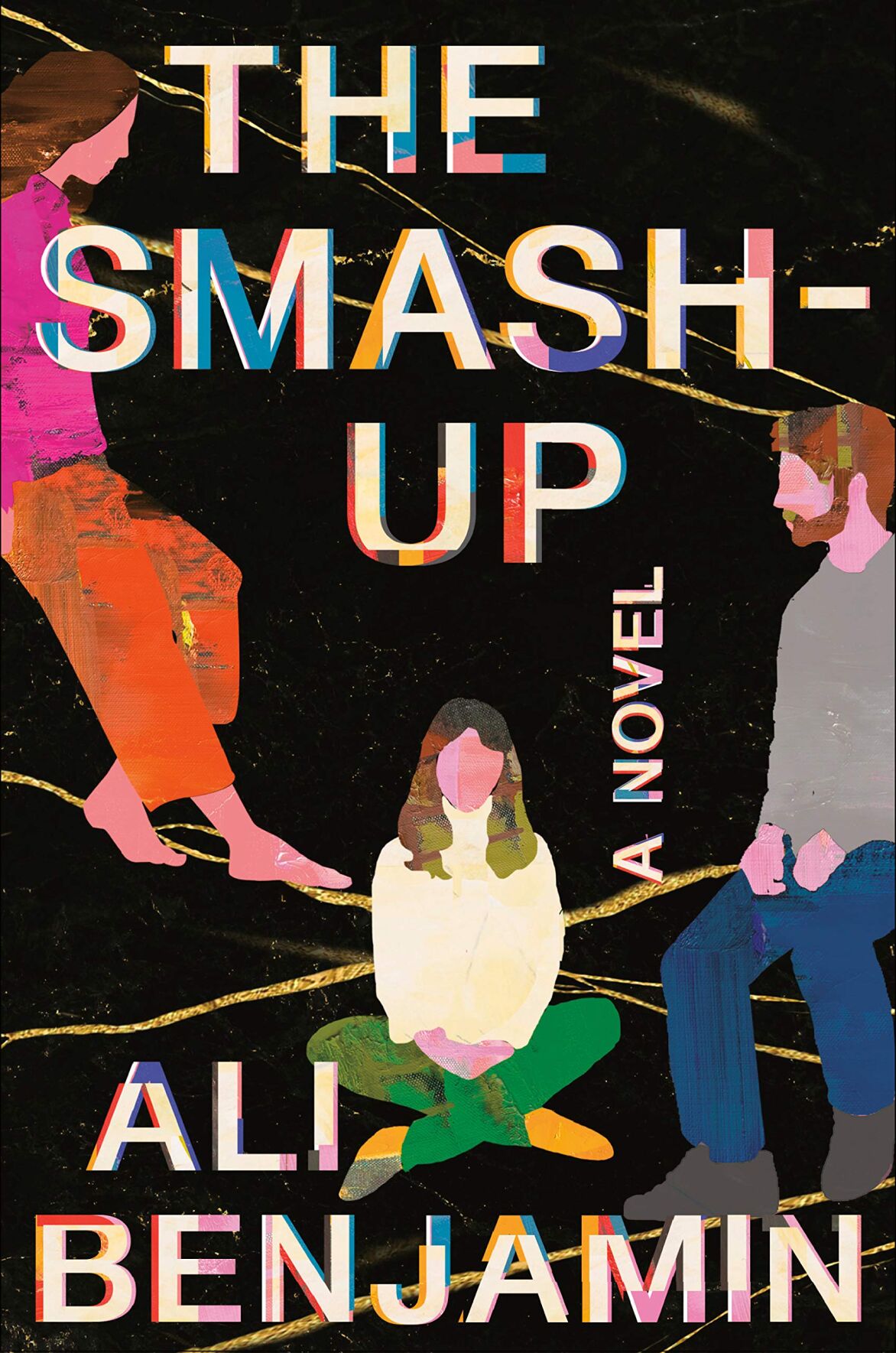 WILLIAMSTOWN — Bestselling author Ali Benjamin first read Edith Wharton's "Ethan Frome," when she was 15 years old. The novella didn't quite resonate with her at the time, but one day, years later as she was explaining the story to her then pre-teen daughter on a snowy hill during a break from sledding, it hit her like "the weight of a piano falling on my head."

"I realized in the years between high school and now, if I were to be one of [the female characters], I would be the mean, old hag," Benjamin said of the story about a man caught between two extremes in life — an older, angry wife and a younger, beautiful woman full of laughter. "As soon as that hit me, I immediately thought, 'But what if [the wife] had reasons to be mean? What if she was not mean, but frustrated, angry? What if Fascism was on the rise?' All the elements started falling into place."

Information: Register for the event at www.edithwharton.org.

Those questions led to the Williamstown author's first adult novel "The Smash-Up," to be released Tuesday, Feb. 23, by Random House. The novel is a contemporary remake of "Ethan Frome," with a similar structure and premise, but is "not a quiet book," like Wharton's original tale of a strained marriage in a small town. In "The Smash-Up," Ethan Frome's quiet life is rattled when his wife, Zo, is so enraged by the national political scene that she’s transformed their home into a local headquarters for the Resistance. Benjamin's novel is set in 2018, during the week of the Brett Kavanaugh hearings, when the Senate Judiciary Committee questioned Judge Kavanaugh concerning his nomination to the Supreme Court, specifically regarding sexual assault allegations. During this same time, Ethan finds himself tempted by another, younger woman, who is lighter in spirit and makes him laugh more.

"This is a story of a marriage that is under strain during very volatile times," Benjamin said. "It's set during the week the Kavanaugh hearings unfold ... things were unbelievably contentious, a lot of people — women in particular — were intensely angry. And it is story about a marriage set in the Berkshires that has been a pretty solid marriage — or has it been, question mark?"

Benjamin is also the author of the young adult novel "The Thing About Jellyfish," an international bestseller and a National Book Award finalist, and "The Next Great Paulie Fink," which was named a top children’s book of the year by Kirkus Reviews and Publishers Weekly. Though this is her first adult novel, Benjamin said she didn't think much about the transition in readership when writing it.

"When I wrote 'The Thing About Jellyfish,' I did not know, at the time, I was writing a book for kids or adults, necessarily," she said. "When you write a book, you're just trying to write a book."

And while this book is obviously for adults, Benjamin said you don't have to be a Wharton "Ethan Frome" fan, or even have read the original, to enjoy it.

Benjamin will be discussing "The Smash-Up" with Amy Bloom in partnership with The Mount via Zoom at 4 p.m. Thursday, Feb. 25. Benjamin said she wrote some of the book at The Mount while sitting outside in the summer and took some tours of Wharton's former summer home in Lenox. In her own way, she said, she found a way to honor Wharton's work through "The Smash-Up."

"Writing it helped me put words to some of the chaos I was feeing internally and externally at the time," she said, noting that some readers may not agree with her, and her character's, political views that she does not hide in the early pages of the novel. "Perhaps it will help people like me, but I also tried to end it on a really positive, hopeful note about where we can go potentially from here — that's the thing above all we're feeling right now, is the beginning of an understanding of what could be."

Benjamin took time from her virtual book tour to answer some questions about her favorite books. (Answers have been lightly edited for clarity.)

Q: What is your favorite Edith Wharton novel/essay?

A: Probably "Custom of the Country," — it’s keenly observed and extremely funny. It feels modern, too. Jia Tolentino observed that if the novel’s social-climbing protagonist, Undine, were alive today, she’d have a million followers on Instagram. That feels exactly right.

Q: Who is your favorite female character in a novel and why?

Q: What was your favorite book as a child?

A: I could have stared at the pages of "The Snowy Day," by Ezra Jack Keats, forever. Still could.

Q: What was your favorite book to read to your children?

A: I have great memories of reading to my kids chapters from "Einstein’s Dreams," by physicist Alan Lightman. Every chapter imagines a world where time moves differently than it does in ours. In one world, time flows backward, in another cause and effect are erratic, in yet another time is infinite. It’s beautifully written and deeply imaginative. It’s not specifically a children’s book, but it’s accessible to kids (I very occasionally had to skip a line or two).

Q: What novel have you read that best illustrates the complexities of modern-day marriage?

A: Last summer, I read "American Wife," by Curtis Sittenfeld, a novel that’s loosely based on Laura Bush’s life. While the book is ostensibly about a singular experience — marrying a man from a political dynasty, who becomes a politician himself, then a controversial two-term President — at its core, it’s about loving someone, and sticking with them, through seismic changes.

Q: What book did you recently read that you couldn’t put down?

A: Ross Gay’s "The Book of Delights" — short essays about his quest to find joy in the every day — is the book we all need right now. It’s an infusion of optimism, straight to the soul.

A: "The Mercies," by Kiran Millwood Hargrave, "The Screwtape Letters," by C.S. Lewis, "Interior Chinatown," by Charles Yu, "We Run the Tides," by Vendela Vida, "How Democracies Die," by Steven Levitsky and Daniel Ziblatt.

WILLIAMSTOWN — In 2015, Ali Benjamin's middle-grade novel, "The Thing About Jellyfish," was named a National Book Award finalist. It's the type of honor that, fair or not, can suggest a …