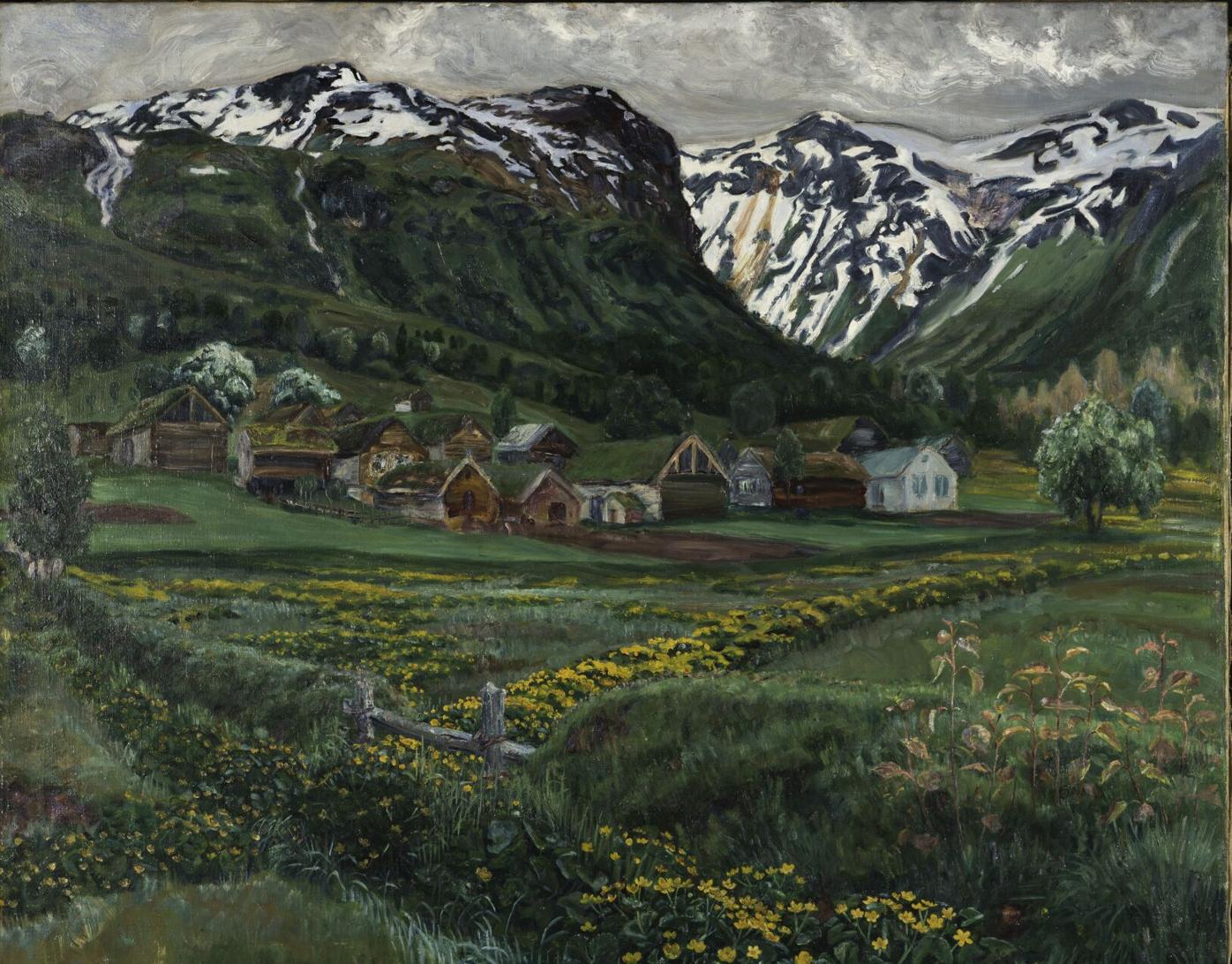 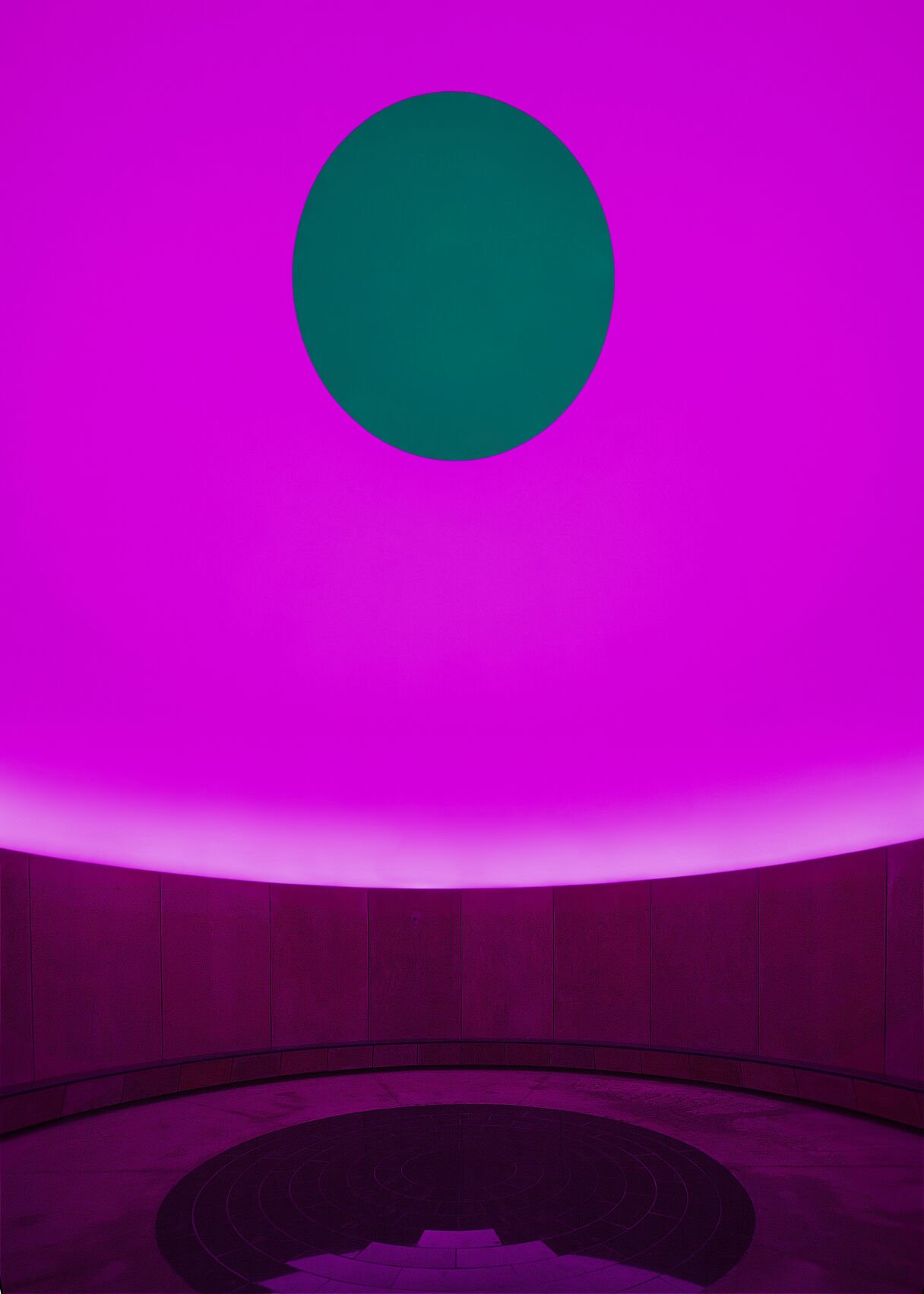 A view from inside James Turrell's "Skyscape: C.A.V.U." at Mass MoCA. 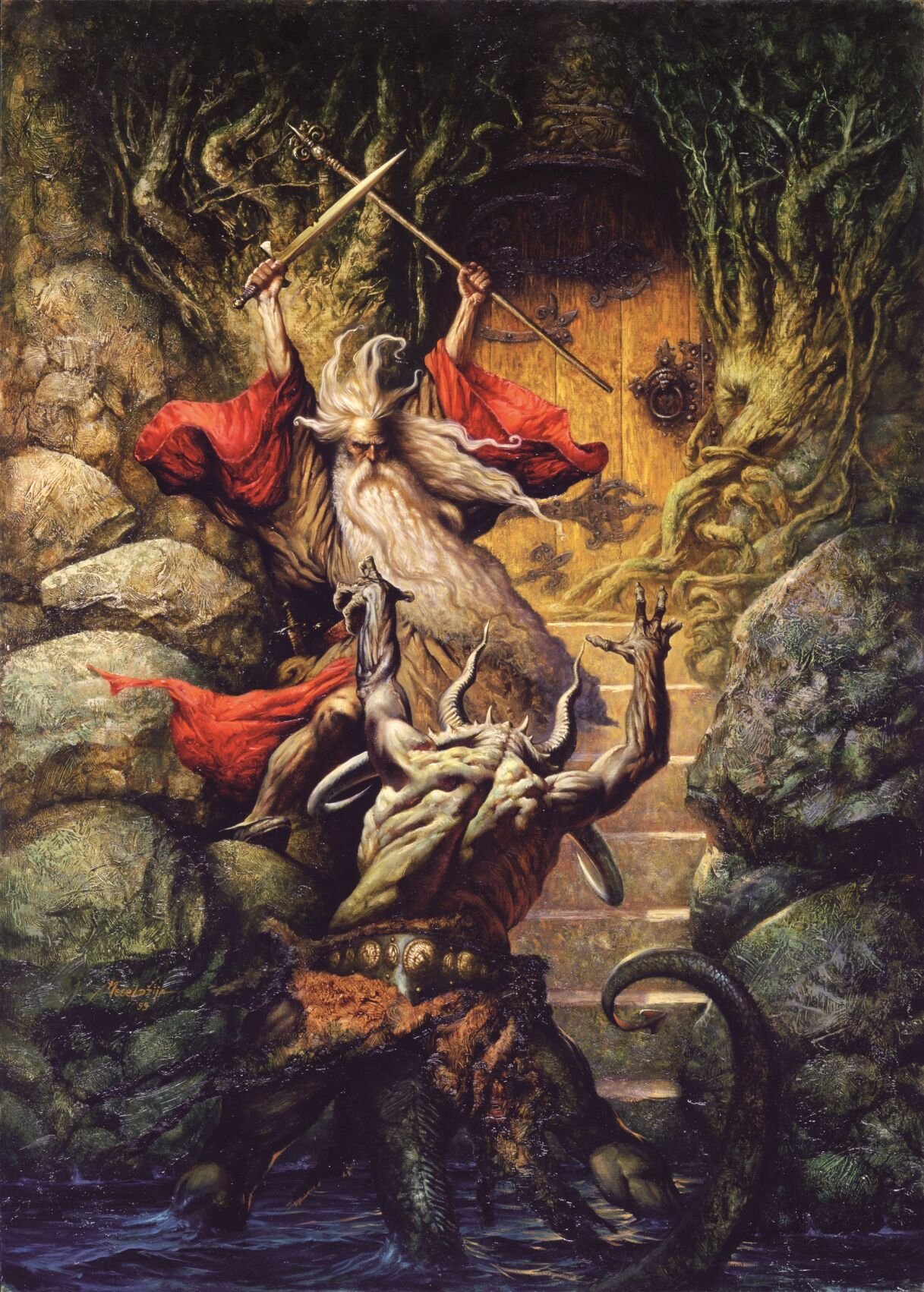 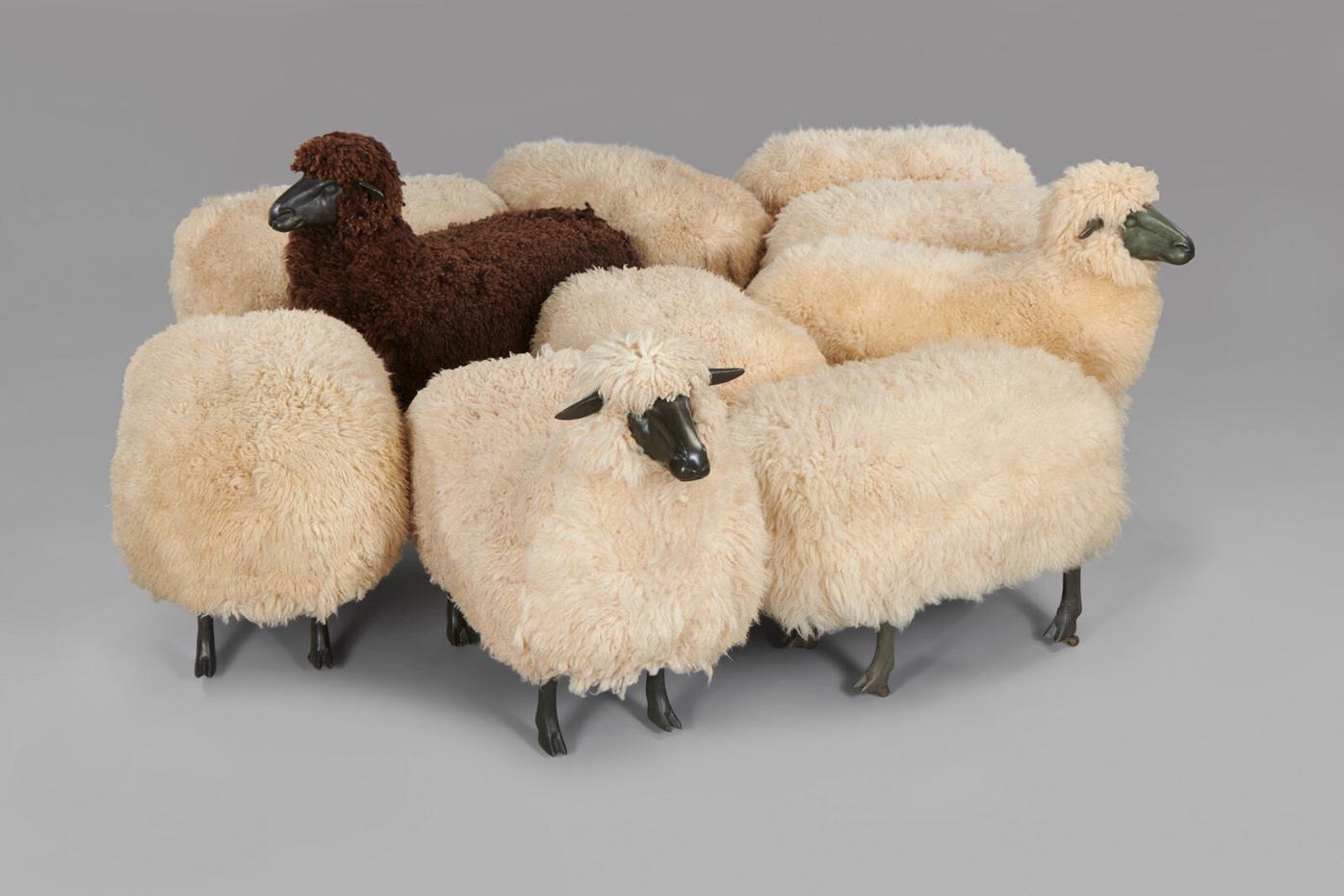 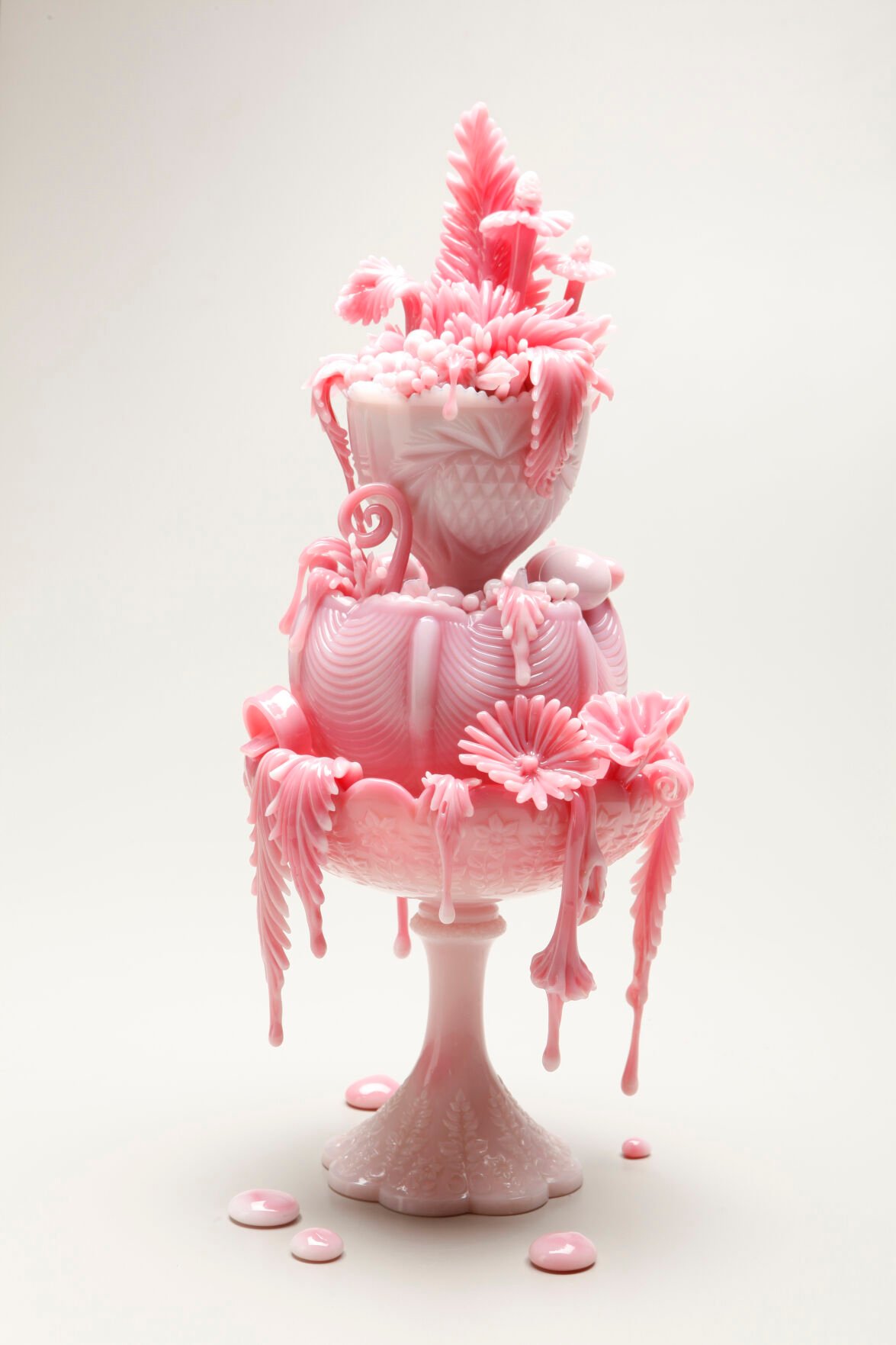 Amber Cowan’s “Fountain in Rosalene” was part of “Melting Point” at the Heller Gallery in New York City and at Ferrin Contemporary in North Adams. 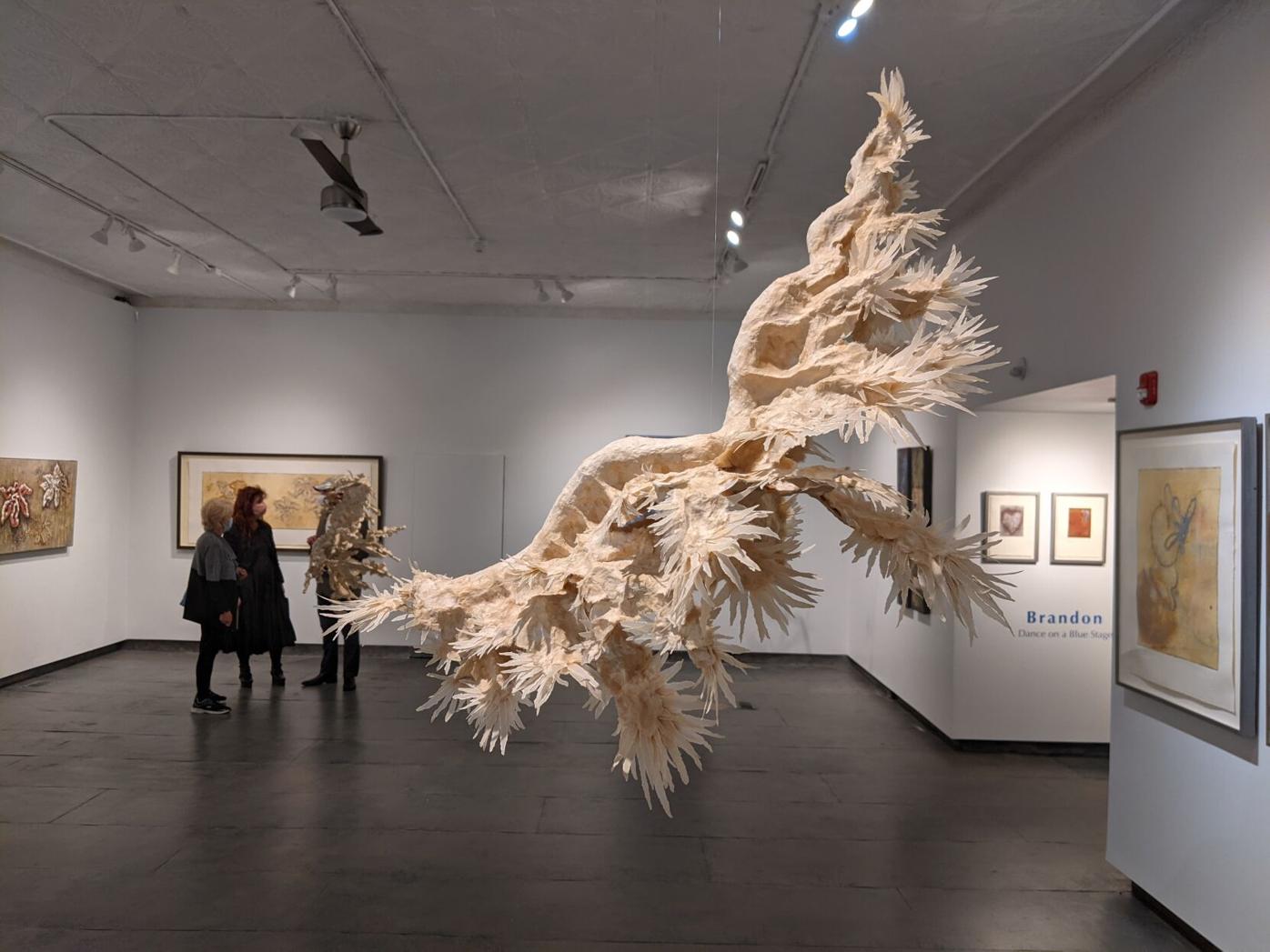 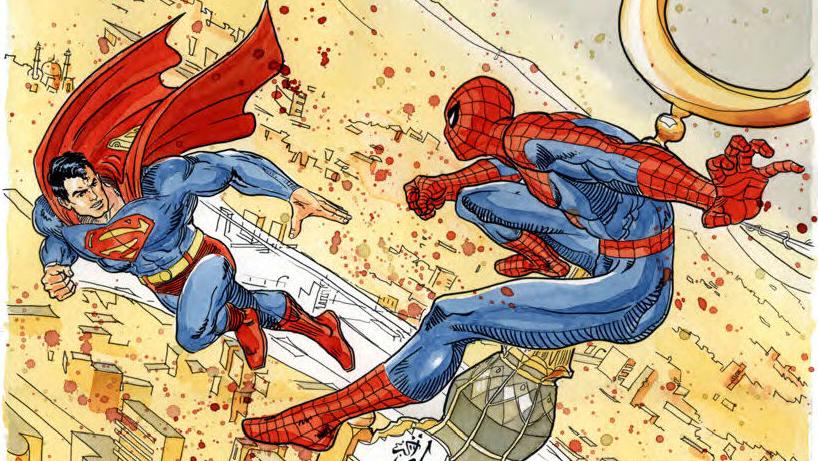 Penim Loureiro, a Portuguese illustrator and comic artist, recreated the cover for the 1976 comic book "The Battle of the Century! Superman vs. The Amazing Spider-Man."

Over the last year, I was constantly reminded how lucky I was to live in the Berkshires, where art, music, theater and dance returned and continued throughout 2021, despite all of the challenges we faced.

We were blessed in 2020 to have our museums reopen in the summer and have theater on our stages. We were spoiled at the beginning of the pandemic, having access to the arts and theater, no matter how limited. I was reminded of this during the summer, when one of our interns, writing from her home in New York City, started a story with a lede trumpeting the triumphant return of theater and the reopening of museums. I was confused for a moment, suddenly realizing that museums around the country were just opening their doors and that theaters, especially those on Broadway, were still dark at that time.

How lucky and thankful are we that, here, in the Berkshires, music, dance and theater, on a larger scale, returned to venues that had remained shuttered and silent in our first year of the pandemic?

But 2021 was not without its problems. The year arrived shouldering the burden of astronomically high expectations. In just a few mere days, 2021 would yield under the pressure of our collective expectations, faltering not once but many times throughout all 12 months. There were setbacks that no one expected and then the variants arrived, threatening once again to shutter venues and in some cases, canceled performances.

Unlike 2020, when our museums were closed for four months and then shows were postponed and delayed for myriad reasons, 2021 offered a plethora of opportunities to view art from artists at varying stages of their careers and in a multitude of mediums — ranging from illustration to ceramics to traditional paintings and works on paper. And the subject matter was as diverse as the artists, from the more serious "In the Light of a Shadow" at the Massachusetts Museum of Contemporary Art to the cozy, whimsical illustrations of Jan Brett at the Norman Rockwell Museum.

Looking back over 2021, I realize there were just too many opportunities to see art (which is never a bad thing) and, not having made it to all of them, I've decided to focus on the seven shows that gave me respite from the emotionally and psychologically exhausting year that was 2021.

7 art shows that made 2021 just a little bit brighter:

Dragons, angels, Valkyrie, ogres, paintings of far off places and fairy tales — "Enchanted" was not only a beautiful distraction from the troubles of the world, but a fantastic way to pay homage to fantasy and science fiction illustrators, whose work is born of a collective unconsciousness and imagination, but is often considered to be “less than” other forms of illustration and art.

“There’s a kind of stigma that’s attached to it. People think of it just being bug-eyed monsters and girls in bikinis. We’re really showing the best work of the genre,” said Jesse Kowalski, curator of exhibitions at the Norman Rockwell Museum, of the show.

2: "Nikolai Astrup: Visions of Norway" at the Clark Art Institute

The Clark Art Institute celebrated the work of Norway's most beloved, yet least known artist (outside of the country) with the first North American show of his work, "Nikolai Astrup: Visions of Norway." It was a show you could get lost in, full of verdant valleys and dense lush forests, and high mountain peaks that when traveled revealed images of bonfires and festivals of yore.

There's something mystical about James Turrell's work and it might be the art of storytelling.

Born into a Wilburite Quaker family, in Los Angeles County, Calif., Turrell, now 87, grew up in a conservative household with plain speech and plain dress and without electricity. He was taught art and design were a vanity; a belief many of his family members still hold true.

"I imagined the meetinghouse was a convertible, opening up to the sky," Turrell said during a press tour of Skyspace: C.A.V.U. at Mass MoCA.

Then again, his art might just be that magical. Light seems to bend to his will and, at the same time, he's collaborating with others making pottery that looked like the undecorated black basalt tableware owned by his grandmother.

There's meaning in everything he touches, a story in each piece he makes. Luckily you can still see these exhibits, C.A.V.A. at Mass MoCA. The "Lapsed Quaker Ware" is at both Mass MoCA and Hancock Shaker Village through Oct. 22, 2022.

Together, François-Xavier and Claude Lalanne, husband and wife, exhibited as Les Lalanne, working and creating separately, but always seemingly in simpatico with each other.

Beautiful sculptures that could be/are furniture? Does it matter? No, it doesn't. And why should it? This fun, functional show was a comedy festival for the eyes, and at the same time, a marvel of creation.

“Melting Point,” a collaboration between Ferrin Contemporary and the Heller Gallery, featuring nearly 100 works by 22 artists in the two locations, born out of COVID, was not only thought-provoking but also a celebration of its artists.

In a time when I wanted to escape, I could still appreciate the societal issues the artists were tackling: social injustice, climate change and politics, while indulging in the the grandeur of the craft of the ceramic and glass artists before me.

6. Brandon Graving's "Dance on a Blue Stage: I Love You — Tell Everyone," Real Eyes Gallery, Adams

The beauty of this show, by Brandon Graving, a master printmaker and sculptor in North Adams, still haunts me.

Photos: Brandon Graving's 'Dance on a Blue Stage: I Love You — Tell Everyone' on view at Real Eyes Gallery

7. "Everyone Is a Hero: A Comic and Cartoon Art Tribute to Our Local Heroes," Berkshire Art Association exhibit, The Lichtenstein Center for the Arts, Pittsfield

Caught right before it closed, this show was a delight for me, a self-proclaimed comic book geek, and one I could share with my whole family — and I didn't have to drag any of them to it. How fun was it to see images, not just of comic book and superheroes, but of original works by the men and women who create them? And what a great way to pay tribute to our local heroes, those men and woman working tirelessly to save lives and keep things moving — front line workers of every kind.