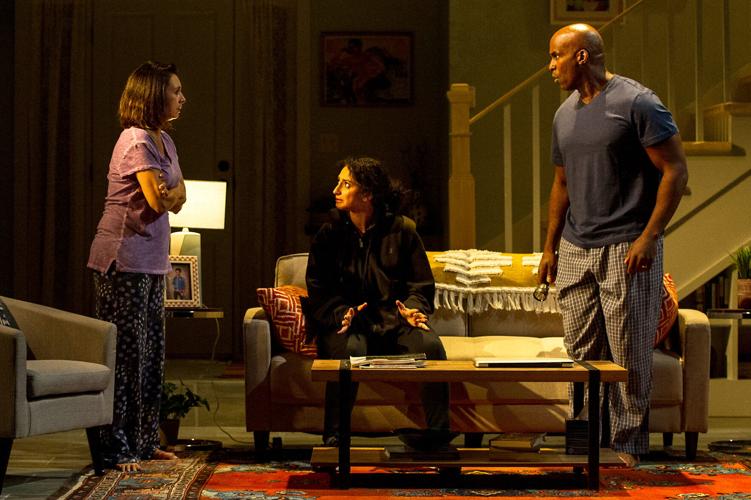 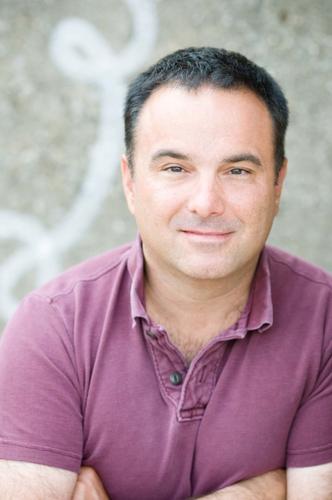 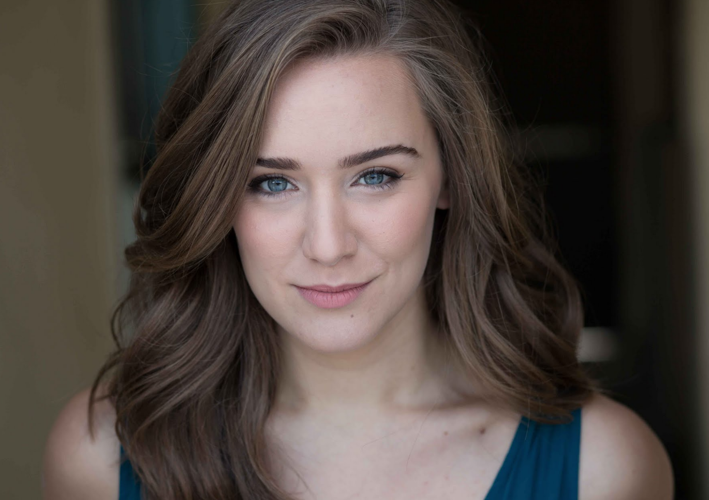 Playwright Laura Winter's "All of Me" debuts on the Boyd-Quinson Stage in September. 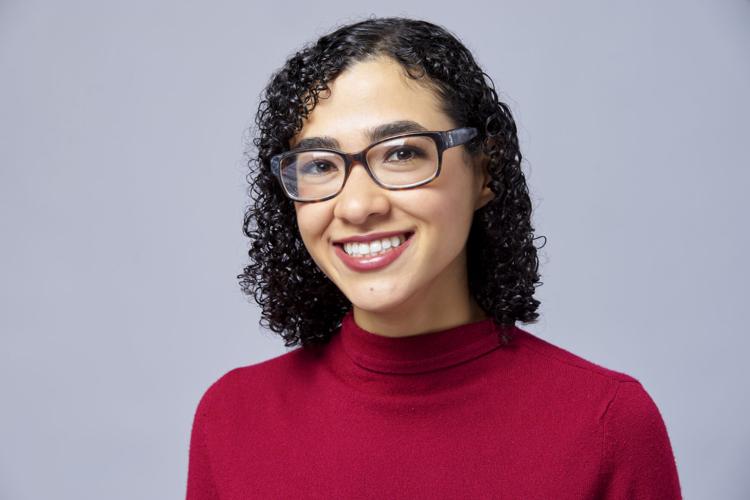 Playwright May Treuhaft-Ali's "ABCD" tackles issues of cheating within the public school system.

This season is the last under the direction of Julianne Boyd, artistic director and founder, who announced her retirement at the end of September.

Season At A Glance

"Anna in the Tropics"

By May Treuhaft-Ali. Directed by Daniel Bryant.

Book and lyrics by Sukari Jones. Music by Joel Waggoner. Based on the novel by Ty Allan Jackson. Directed by NJ Agwuna.

“It has come together wonderfully,” Boyd said during a season announcement streamed over Zoom. “Three of the shows are ones that we were planning to do during COVID during the last two years. We’re excited we’re finally able to do the productions of ‘Ain’t Misbehavin’,’ ‘Anna in the Tropics,’ both which were previously announced, and also ‘The Supadupa Kid,’ a youth theater musical we’ve been developing for a number of years. We’re really thrilled to be working with the artists we planned to work with years ago, that we’re still very close with them and this is finally the culmination of their many, many years’ efforts.”

The season, she noted, will start a little later than usual, on June 2, rather than in mid-May, as an act of caution citing the recent increase in COVID omicron variant cases across the nation.

“We’re very aware that COVID is not over yet. I’d love to make sure we can get out season in with the same care we’ve done with the last two seasons,” she said. “As you know our main stage is in great shape. Our second stage we’re redoing the air conditioning and getting that ready.”

Currently, the theater group requires patrons to be fully vaccinated. A decision about whether a booster shot will be required as well has not been determined yet, Boyd said.

Tickets are available for purchase online at barringtonstageco.org, or by calling the box office at 413-236-8888.

Kicking off the season on the Boyd-Quinson Stage is the 1978 Tony Award-winning musical, “Ain’t Misbehavin’, The Fats Waller Musical Show,” from June 16 through July 9.

“Jeffrey Page, one of our associate directors is going to choreograph and direct it,” Boyd said. “I’m very excited about that.”

“We were in auditions for ‘Anna in the Tropics’ when we got notice that the theater was closing down [in March 2020]. So it’s about time we go back into auditions, finish casting it and actually doing the production,” she said. “We’re really, really happy to be doing it.”

“As you know, I love, love Stephen Sondheim’s work and have done five of those shows. I thought for my final season as artistic director, I’d do ‘A Little Night Music.’ It is a romantic company of errors and I think it’s going to be a total joy to do,” she said. “And I’m doing it with Robert La Fosse, who choreographed ‘West Side Story’ for us and my longtime collaborator Darren R. Cohen.”

The Boyd-Quinson Stage will close its season with the world premiere of “All of Me,” a new play by Laura Winters, directed by Ashley Brooke Monroe, running Sept. 21 through Oct. 9.

”We’ve done a lot of DEI work — diversity, equity and inclusion work — here at Barrington Stage, but we’ve never done a story that deals with disabled people and we think it’s about time we open up our world up and the world of our audiences to such a story,” Boyd said. “This is a young couple who are in wheelchairs and they use text-to-speech. They fall in love. It’s a gorgeous story. The young man comes from a well-to-do family, sort of has everything and the girl does not. It’s about how they get together.

”I learned a lot reading this ... We’re thrilled that Laura will be with us. We have a wonderful director she’s been working with, Ashley Monroe. We feel we need the space to do it on its own, not in the middle of the season, because it will need additional time and energy. And at least half of our designers also will be disabled. I think it will give us a chance to investigate, understand and celebrate a world we don’t know so well.”

“Andy Warhol in Iran,” which was given a stage reading last season, will kick off the season on the St. Germain Stage, running June 2-25.

The play, set in 1976, follows Andy Warhol on a trip to Tehran to photograph the Shah’s wife for a series of portraits he plans to paint. While there, Warhol encounters a young revolutionary who throws his plans into turmoil and makes him realize there is a world beyond himself.

Brent Askari, whose ”American Underground” was produced by BSC in 2019, returns with this comedic, fictionalized portrait of the artist’s famed visit to Iran.

The comedy, which was supposed to air live last season, was disrupted by the arrival of a hurricane, filmed and later streamed to audiences.

Askari said that while they’ve had to wait to produce the play for live audiences, there were lessons learned from feedback from a prior a workshop and the filmed reading.

”It was helpful. We’ve discussed the pacing and the tension,” he said during the Zoom call, but noted the challenge of performing a comedy without an audience. “You don’t get the audience’s reaction.”

Next up is “ABCD,” a world premiere play by May Treuhaft-Ali that examines the inequities in our public school system, following an underserved school on the verge of shutdown, and an elite magnet program in the same city. The play, directed by Daniel Bryant runs July 1-23.

The play looks at just who the public school system is helping, said Treuhaft-Ali, who attended a specialized public school in New York.

Boyd added, “We’ve never taken on the public school system and if feels like it’s time we did.”

“The Supadupa Kid,” based on Pittsfield author Ty Allan Jackson’s novel of the same name about a Black teenager who develops superhuman powers will be on stage from July 29 through Aug. 13.

Originally planned to be performed outdoors, Boyd said there were multiple reasons for bringing it indoors and onstage.

“I think doing matinees for kids in the hot sun is not what we want to do,” she said. “We want to turn them into theatergoers, not against theater.”

The musical is being written by Broadway composing team of Sukari Jones (book and lyrics) and Joel Waggoner (music). “We’re very excited that we’re introducing the kids to top-notch music. This isn’t little ditty music. This is a score that has great credibility.”

The St. Germain Stage will close its season with Samuel Beckett’s “Waiting for Godot,” directed by Joe Calarco, Aug. 19 through Sept. 4.

“People say, ‘Why?’ And I say, ‘Why not?’ We’ve never done Godot. And I just love the juxtaposition of ‘A Little Night Music’ and ‘Waiting for Godot,’ the different uses of language — both so brilliant. Just to think that the 20th century gave us both Stephen Sondheim and Samuel Beckett, I want to celebrate that. I want to celebrate that in my final season.”

In the play, Vladimir and Estragon wait on a deserted country road to meet a person named Godot. Killing time with hat tricks and half-remembered stories, they dawdle through one of the greatest dramas of the 20th century.

Additional programming, concerts and casting information will be released at a later date.

Jennifer Huberdeau can be reached at jhuberdeau@berkshireeagle.com or 413-496-6229. On Twitter: @BE_DigitalJen.

By chance — call it luck of the draw, if you will — relationships — how they begin, how they end, how they sustain themselves — reverberate through the more rewarding plays in this year’s “Tens” collection, says Jeffrey Borak, Eagle Theater Critic.