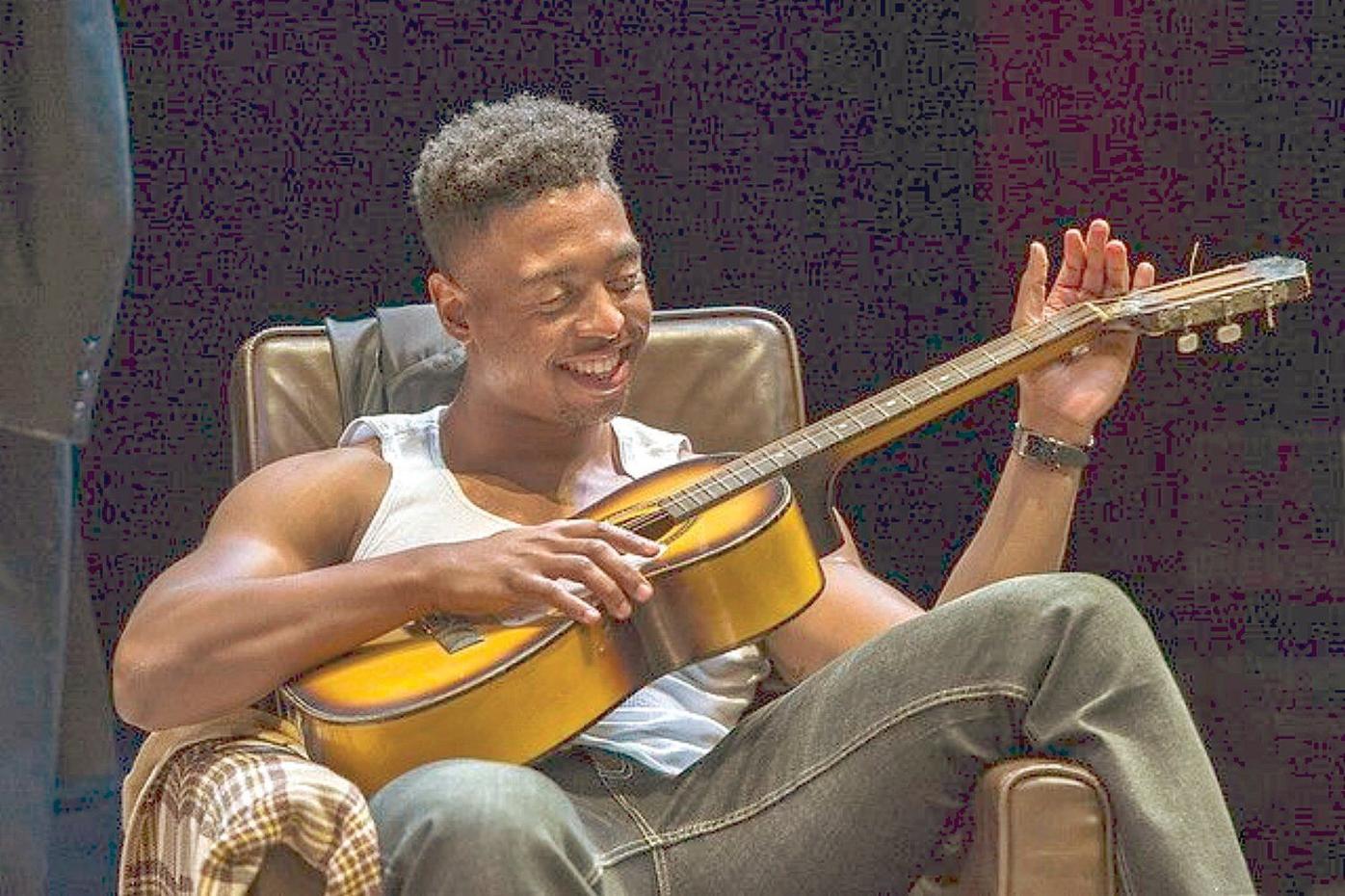 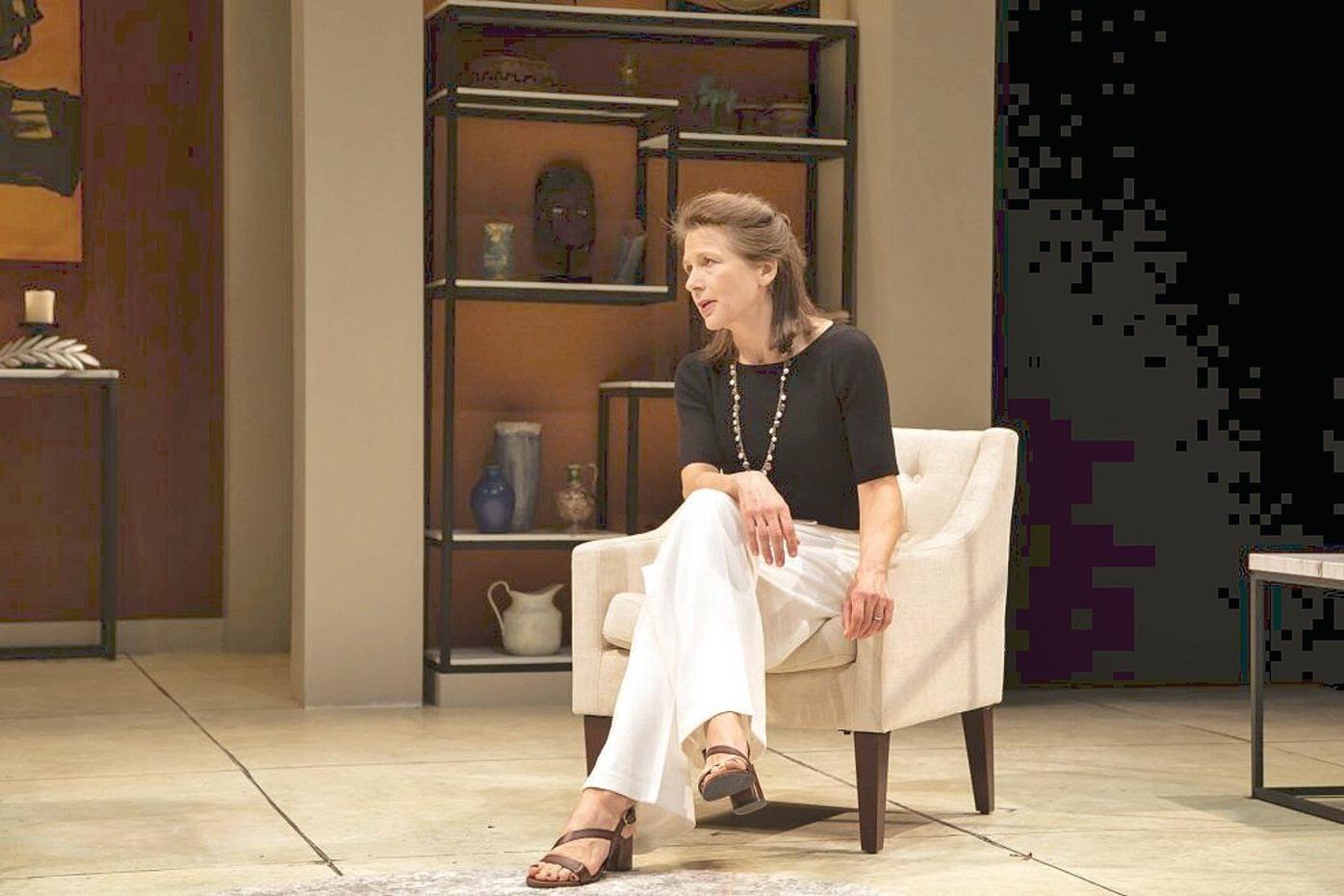 Jennifer Van Dyck's performance as an urbane woman whose marriage to a hugely successful architect unravels when he tells her he has fallen in love with a goat in "Edward Albee's The Goat, or, Who is Sylvia?" at Berkshire Theatre Group's Unicorn Theatre was a performance to be savored., according to Berkshire Eagle theater critic Jeffrey Borak. 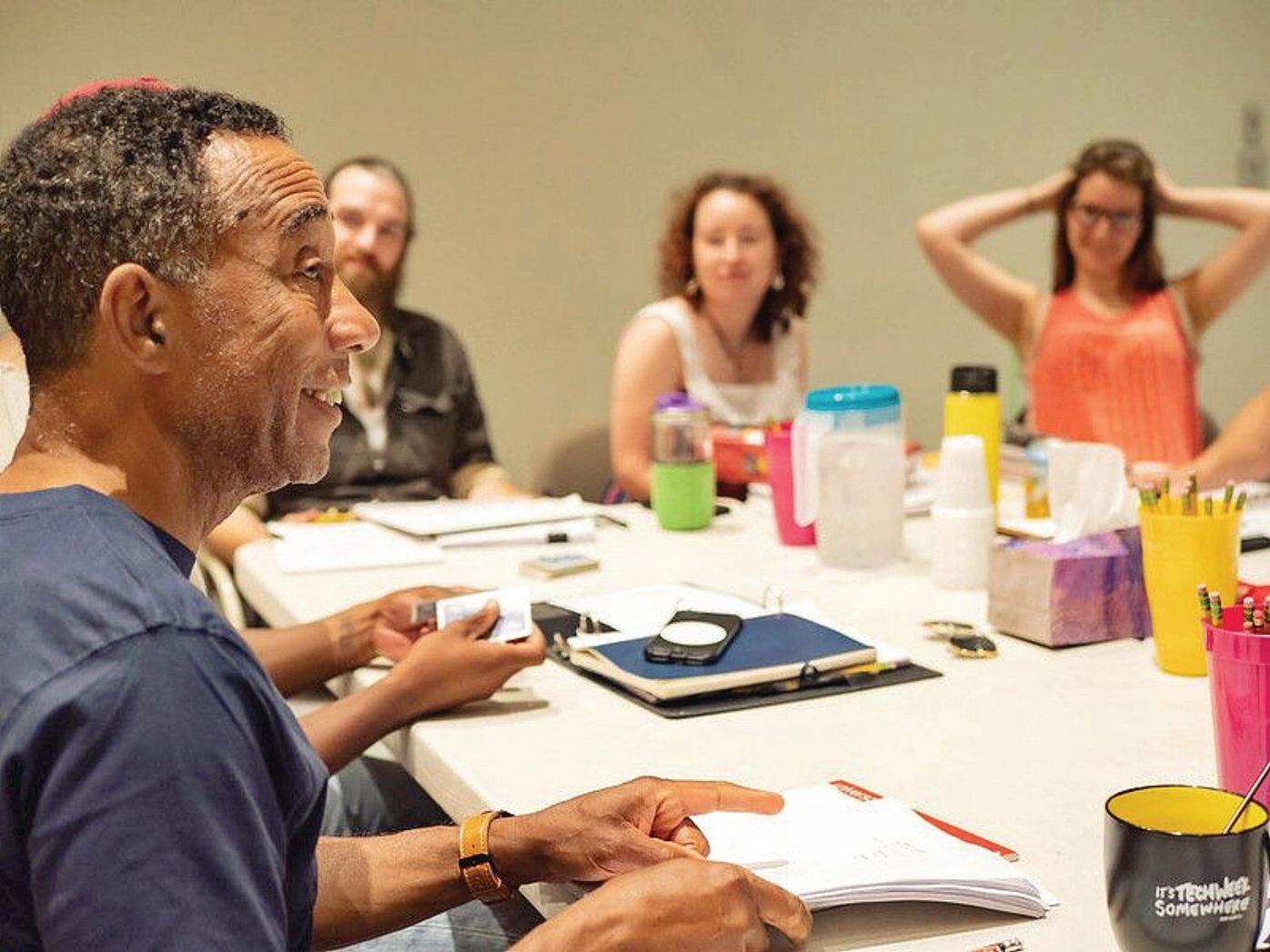 "Topdog/Underdog" director Regge Life at the first readthrough of the play.

Jennifer Van Dyck's performance as an urbane woman whose marriage to a hugely successful architect unravels when he tells her he has fallen in love with a goat in "Edward Albee's The Goat, or, Who is Sylvia?" at Berkshire Theatre Group's Unicorn Theatre was a performance to be savored., according to Berkshire Eagle theater critic Jeffrey Borak.

"Topdog/Underdog" director Regge Life at the first readthrough of the play.

PITTSFIELD — So, in the wake of listing what were, for me, the best theater productions of 2019, here's a shout-out to the creative personnel — performers, directors, designers, choreographers — whose work enlivened and enhanced evenings and afternoons in the theater in calendar year 2019.

The one performance that holds in my memory as the year's most outstanding is Jennifer Van Dyck's as Stevie, an urbane upper middle class woman whose marriage — life — comes crashing down around her when her husband announces he has fallen in love with — indeed consummated that love — with a goat in "Edward Albee's The Goat, or, Who is Sylvia?" at Berkshire Theatre Group's Unicorn Theatre.

Over the years, Van Dyck has been for me an actress whose gifts hide in plain sight. Her work — smooth, thorough, thoughtful, complete — is the mark of a consummate artist. Here, she let it all out, especially in a shattering fight scene with her husband, played by David Adkins with a skill that matched Van Dyck beat for beat (is there a "Who's Afraid of Virginia Woolf?" in their future?). Measured, deeply and richly nuanced, this was a performance to be savored.

Tara Franklin — This remarkably gifted actress' talents seem to expand and deepen each time she goes before an audience, this time as a college professor and single mother whose wrenching first-hand encounter with gun violence sends her down a rabbit hole she never imagined she would travel in "On the Exhale" at Chester Theatre Company.

Deirdre O'Connell — This veteran actress held the Williamstown Theatre Festival's Nikos Stage with a commanding, nuanced performance as a recovering alcoholic who leads regular meetings of a recovery group at a local church. O"Connell's gripping, measured, less-is-more delivery of a 20-plus-minutes monologue was a clinic on the art and the craft of acting.

Ami Brabson — Talk about clinics in the art and craft of acting. From her opening speechless moments in director Rob Ruggiero's haunting production of "American Son" at TheaterWorks Hartford, Brabson didn't miss a trick or a truth in this emotionally detailed portrayal of a middle class black woman fighting impossible odds as she and her middle class white estranged husband try to find out from the police the whereabouts of their missing 18-year-old son. Brilliantly calibrated, heartfelt, wrenching work that spared nothing of this woman's anxiety, frustration, fear, anger, helplessness, faith.

Mandi Masden — In the midst of all the hurlyburly of director Robert O'Hara's controversial reexamination of Lorraine Hansberry's 60-year-old "A Raisin in the Sun" at Williamstown Theatre Festival, Masden's performance as the beleaguered RuthYounger touched the heart and soul of this play in deeply meaningful, affecting ways.

Mara Davias The Baker's Wife in Barrington Stage Company's "Into the Woods," and Harriet Harris as Mrs. Antrobus and Ariana Venturias the virtually all-purpose maid, Sabina, in Berkshire Theatre Group's "The Skin of Our Teeth," demonstrated how to play "showy" characters with finesse, depth and wit.

Ariel Bock as Rose in "The Children" at Shakespeare & Company flew just below the radar with a smart, adroitly shaped performance in which subtext and nuance spoke louder than words.

Hands down, for me the most outstanding work by an actor on an area stage in 2019 was Bryce Michael Wood's Lincoln in Suzan-Lori Parks' "Topdog/Underdog" at Shakespeare & Company. Although his Lincoln and Deaon Griffin-Pressley's Booth are joined at the hip in this tough, gritty, poetic play about the underside of the American Dream, Wood's portrayal of a black former street hustler and expert Three-Card Monte con artist now trying to eke out a living standing as the white-faced living figure of Abraham Lincoln in a booth at an arcade brilliantly caught the shifting currents of a man at drift with himself and his life. The colors of his emotional palette were dark and rich and smartly applied.

David Adkins — Once again, this gifted actor delivered a fully shaped performance, this time as a hugely successful architect who falls in love with a goat, sending everyone around him, especially his wife, into a tailspin that will leave nothing the same when it ends. Adkins particularly caught a childlike ingenuousness of a man who cannot fully comprehend what has happened to him, let alone why his new relationship is not taken well, to say the least, with those around him. Super!

Deaon Griffin-Pressley — As Booth in "Topdog/Underdog," Pressley showed a range, depth and maturity onstage that's been missing from his Shakespeare roles in the four seasons he's been with Shakespeare & Company. A persuasive portrayal of an impulsive, reckless, far-too-eager essentially immature young man who is as much a danger to himself as he proves to be to others.

J. Anthony Crane — The seams never showed as Crane expertly navigated the complex emotional and intellectual currents of Scott Connor, an FBI agent, father and estranged husband in a bi-racial marriage in "American Son" at TheaterWorks Hartford. He was in perfect lock step with Ami Brabson as his estranged wife as they wrestle with the unfinished business in their relationship as they try to get a straight answer from the local police about the whereabouts of their 18-year-old black son.

James Barry — As an actor, Barry (who also is an accomplished director, musician and musical director) has a way of disappearing in plain sight into whatever character he is playing. He is always fascinating to watch; perhaps never more so than in his endearing Doc, a handyman/junkman who appeared to be just a step or two behind everyone else in Chester Theatre Company's production of Conor McPherson's "The Night Alive."

Fascinating year for directors. For me, the most accomplished work by far was "Topdog/Underdog's" Regge Life who turned Shakespeare & Company's Tina Packer Playhouse into a no-escape crucible and brought us up close and personal into the lives two young black men trying to survive in an inhospitable world. Life got under the skin of Parks' Pulitzer Prize-winning play — and ours as well.

Honorable mentions: Rob Ruggiero ("American Son" at TheaterWorks Hartford); Eric Hill ("Edward Albee's The Goat, or, Who is Sylvia?" at Berkshire Theatre Group); and Joe Calarco ("Into the Woods" at Barrington Stage Company).

... AND JUST FOR GOOD MEASURE

Special mentions — Scott Killian for his incidental music for Berkshire Theratre Group's "Outside Mullingar," and Nicholas Hussong for his extraordinary projections for BTG's "Working."