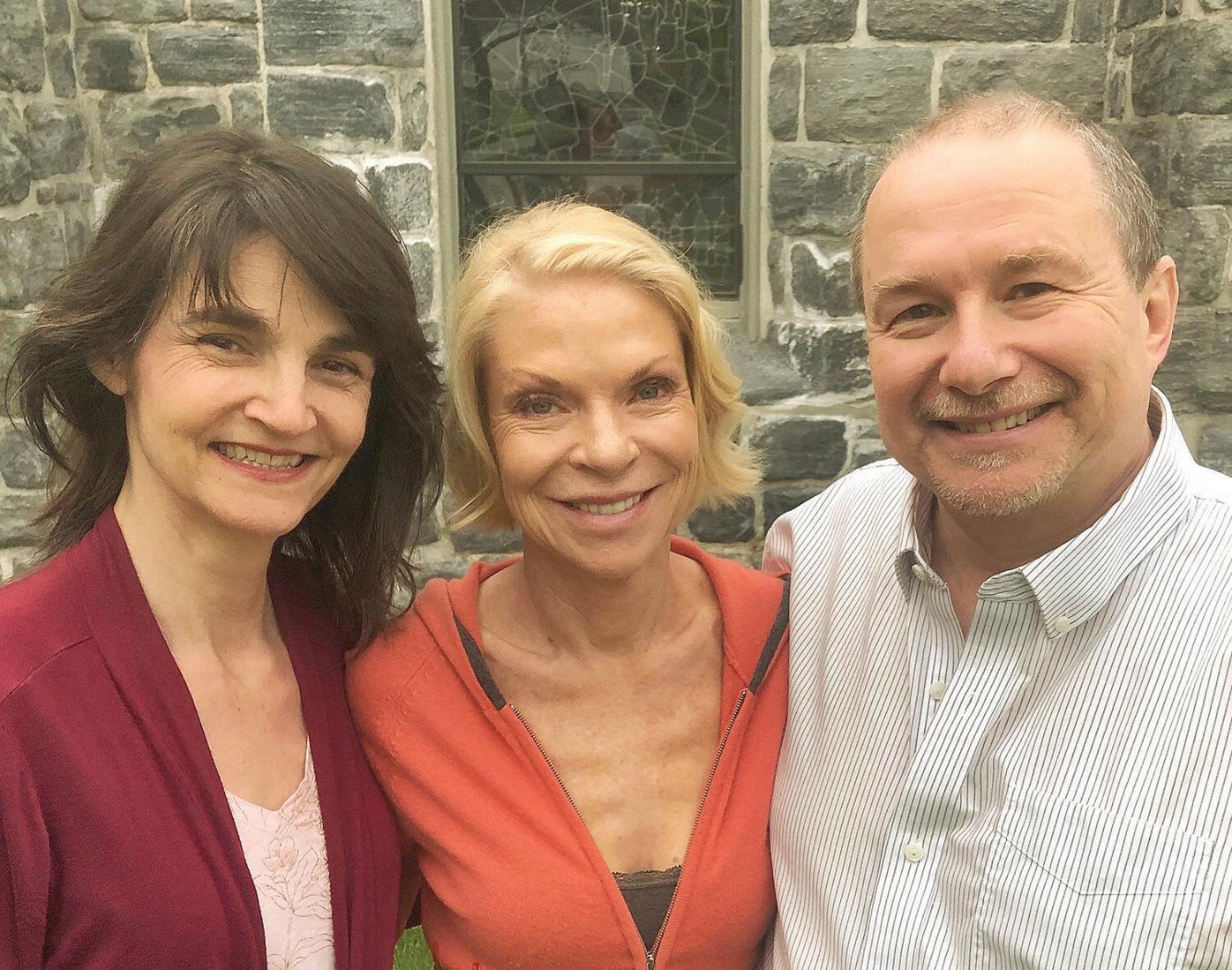 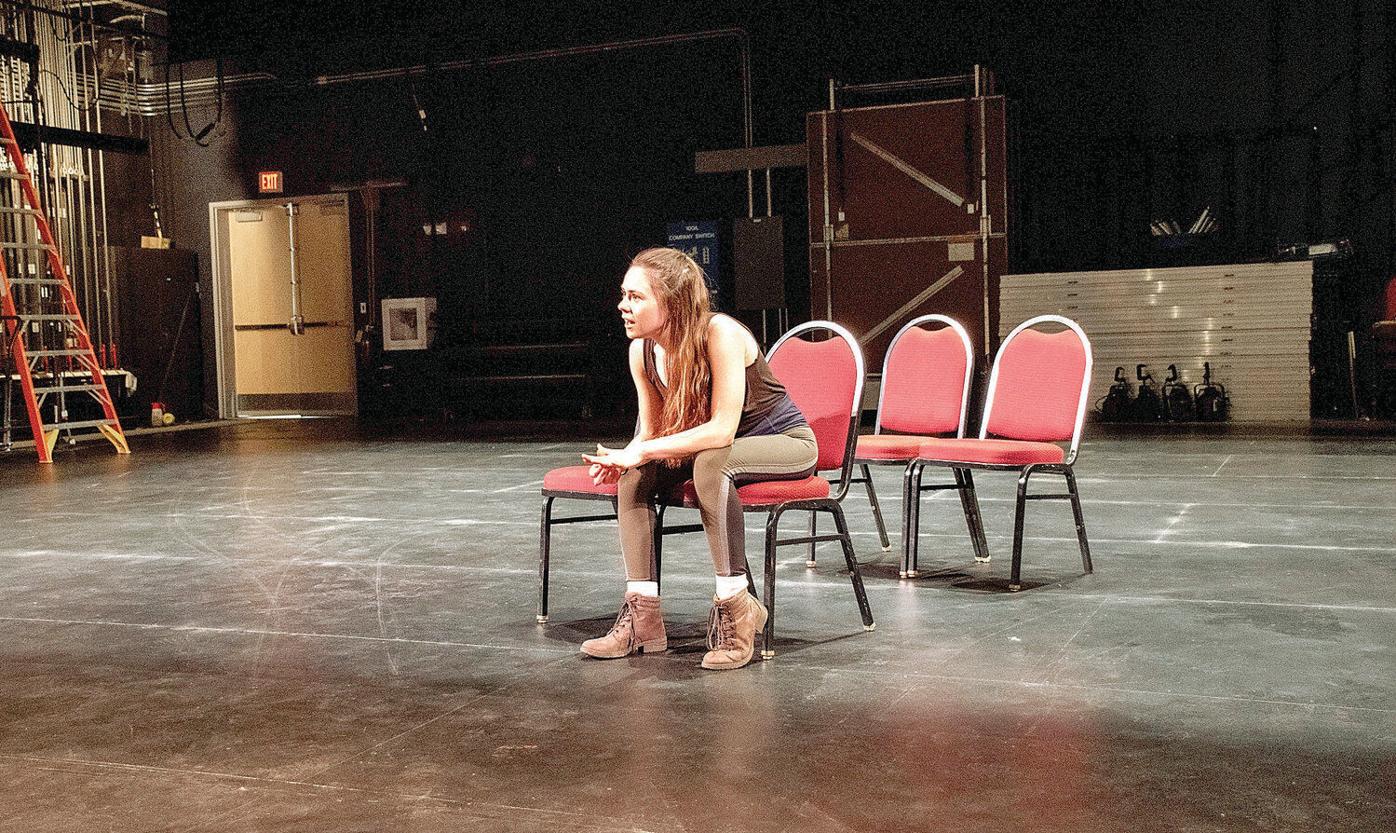 The new company has been in residence at Bard College at Simon's Rock since the beginning of June, launching a four-program Wet Ink Reading Series — static readings at music stands in front of an audience featuring local playwrights. But the heart of Barrington Public is what it puts on a stage in fully mounted productions. The first of these, "Breakwater," written by Barrington Public's founding artistic director, Jim Frangione, begins performances Thursday in McConnell Theatre at Bard College of Simon's Rock's Daniel Arts Center, where it is scheduled to run Thursday through Saturday evenings and Sunday afternoons through June 23.

"We are committed to bringing work from the table to workshop and production," founding executive director and actress Deann Simmons Halper said during a pre-rehearsal interview in McConnell Theatre, where she was joined by Frangione and founding artistic associate and actor and playwright Anne Undeland.

Early readings are an important part in play development, the founders say. But, said Undeland, "it's easy to do only readings of a play."

"Acting onstage with a script in hand is not the same as performing a play (full out)," Frangione said.

"You learn so much more with a full theatrical production," said Halper.

"The focus of this company is on productions and working with the incredible wealth of local artists, turning around as much material as possible and offering more year-round theater for our community and the region," Frangione said in a subsequent email.

Frangione, who divides his time between New York and South County, comes to Barrington Public Theater after 11 years as co-founding director of Berkshire Playwrights Lab. He ran a theater in Boston before that.

"It gets a little easier each time," he said, "although," he added, "there is a lot of work that goes into founding a not-for-profit."

Set on Cape Cod in 1990, "Breakwater" focuses on a feisty 28-year-old woman named Bobbi who lives with her mother and drives a cab for a living. She's struggling to gain control of her life and identity. Much of that is tied up with her search for her biological father. She spends much of her time restoring a Lincoln she bought at auction that belonged to John F. Kennedy, who makes several spectral appearances over the course of the play.

"She's searching for her real father, for 'Who am I?'" said Kelly Galvin, who is directing a cast that includes Undeland, Leigh Strimbeck, David Joseph, Galvin's husband, Ryan Winkles, and newcomer Raya Malcolm as Bobbi — all of whom live in, or within easy striking distance of, the Berkshires.

"It's great to approach this character of Bobbi," said Galvin. "Twenty-eight is such a time of transformation. You ask yourself 'How do I be authentic to myself, to others?'

"I also love having this JFK ghost in the play. I like coming to his mythology. There were so many contradictions about him. That raises this issue in the play. There are so many things we've done that run contrary to what we believe; where we have moments in our lives when we fail to live up to our own (best self). I think the play talks about taking responsibility for your own power," Galvin said.

"It's a story of redemption and one girl's search for a parent. It's about character and ocean breezes," said Frangione, who was born and raised on the Cape and remembers the sense of presence the Kennedy family carried. He remembers seeing JFK up close when he was a boy.

Looking ahead. Barrington Public Theater's founders are planning annual summer residencies and to mount full productions throughout the year at St. James Place and other venues. Wet Ink readings also will be presented throughout the year.

Barrington Public Theater may be the new kid on the South County theater block but, Frangione, Halper and Undeland feel there is plenty of room for a new theater company in an area of the county that is rapidly becoming a center for theater activity.

"Theater begets theater," Undeland said. "We love this area. We feel connected to it."