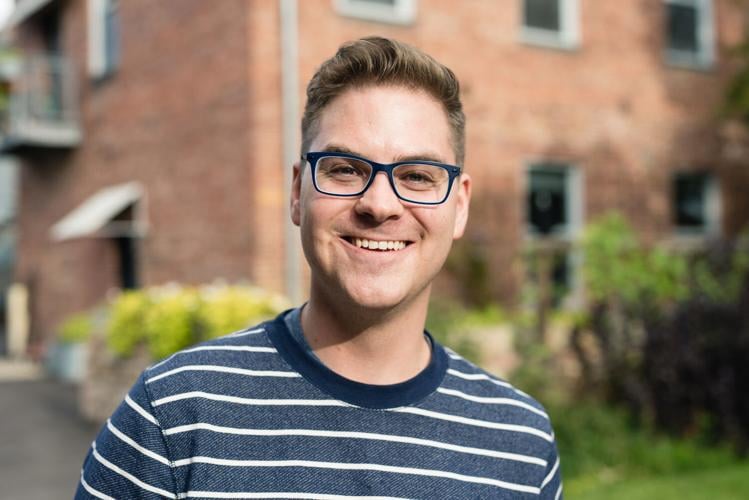 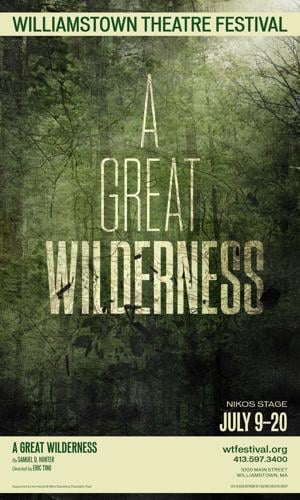 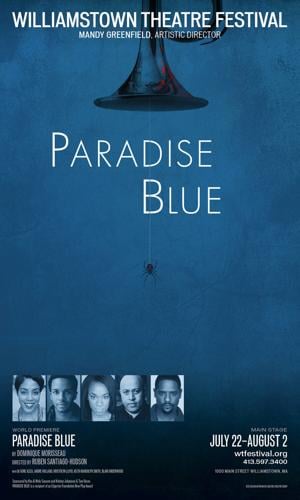 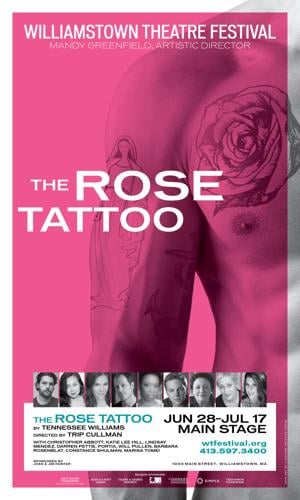 Every year, my winter starts by curling up with more than a dozen scripts. From classics to world premieres, I turn pages of the plays that will appear on the stages of the Williamstown Theatre Festival.

As creative director of Denver-based design studio Ligature Creative, one of the favorite aspects of my job is working with theater companies designing show posters, or key art. I grew up in the theater. My first on-stage role was as an orphan in the local high school production of "Oliver!" at the age of 10. As a teenager, I was involved in every aspect of the drama department in my high school — if I wasn't on stage, I was spray painting props or building sets behind the scenes. My junior year, I discovered the magic of poster design and concurrently suffered a back injury. A life on the stage was out of the cards for me; if I wasn't going to act, though, I was determined to keep theater in my life one way or another.

The first thing I ever designed was a poster for my high school production of "A Chorus Line." When the posters came back from the printer, I held a stack in my hand and became intoxicated by the smell of the freshly dried ink. Metallic gold silhouettes of every actor in the cast danced off the rich black background. The art deco typography receded into the background like the kick line at the end of the musical. I thought it was beautiful, and even though I knew nothing about the technical aspect of design, the initial concept was there.

After college graduation, I packed my graphic design degree and drove across the country to my first big-kid job as the seasonal print and graphics assistant at the Williamstown Theatre Festival. Four years later, I returned for another summer and got to sink my teeth into developing my own creative process for theatrical key art that Ligature still follows today.

Before you see the set, the costumes, lights or sound, a poster lets you glimpse behind the curtain to start telling you the story. We begin where all directors and designers begin — with the text.

We try not only to understand the plot but also the tone and concept of the plays. No two productions of the same play will ever be the same; in a roundtable with the theater companies, we are keyed into specifics of the direction, which is reflected in the final art.

"Hamlet" is no doubt one of the most produced plays of all time. In one year, for other regional companies all over the country, Ligature designed art for four very different productions of the play. One production was set in a wintry, Danish landscape starring a woman in the title role; another was an English/Farsi dual-language production set in Persia at the eve of World War I. The art for the first production featured snowflakes composed of female symbols and queenly crowns; the latter, a Persian portico surrounded with colorful tiles, all behind a gilded English/Farsi title treatment.

Our philosophy is to suggest rather than to explain. It is both the first and last images that you will have of a play; the best show art is thoughtful, iconic, memorable, and suggests something different after you experience the play.

In 2014, Williamstown Theatre Festival produced the world premiere of "A Great Wilderness" by Samuel D. Hunter on the Nikos Stage. One of our takeaways from reading the script was that all of the characters are lost, either physically or metaphorically.

Layered on a map of Idaho, we painted a rich, dense forest, yet a ray of hope shined through. The title of the play stacked over the background into a pyramid as a nod to the play's setting, an A-frame cabin, and more subtly, a triangle to hint at the LGBT themes in the production. Charcoal and ashes were the finishing touches on the key art to foreshadow an element of the play's climactic ending. It's a secret that when an audience member takes their program home and looks at the cover again, they can see the ashes in the details, and see the play in a slightly different light.

As the stack of winter-time scripts whittle down, notebooks fill up with scribbles, quotes and notes about dozens of plays. We continue to revisit the scripts and our notes to inform the artwork as we develop a visual language for the season and design each piece of key art through an iterative process with the team at the Festival.

Once summer comes, you'll see the season artwork woven into the fabric of the Berkshire community. Maybe one will catch your eye while you're waiting in line for your daily fix at Tunnel City Coffee or while chatting with friends over a beer at Bright Ideas Brewing.

Take a look at the art, see the plays, and look again — this time a little closer.

Matt Meier is co-founder and creative director of Ligature Creative. He's a huge typography nerd known for avoiding restaurants that use bad fonts and could talk about the difference between hyphens, en and em dashes for longer than you care to listen. Ligature works with people and organizations that do good work including Williamstown Theatre Festival, Hudson Valley Shakespeare Festival, Colorado Shakespeare Festival, Phamaly Theatre Company, Cherry Creek Theatre and Denver Philharmonic Orchestra. If Matt's not at his desk designing and/or sipping whiskey, he's probably napping, enjoying live theater or traveling with his partner David.