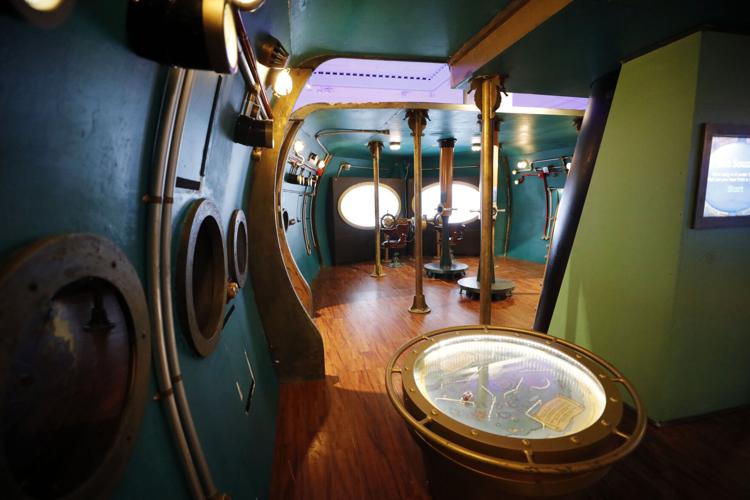 Visitors to "Voyage to the Deep" at the Berkshire Museum can steer Captain Nemo's Nautilus submarine as they adventure through the deep sea and learn about the creatures that call it home. 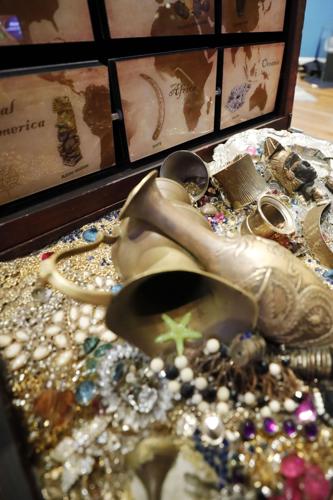 Discover treasures recovered by the crew of the Nautilus during a visit to the Berkshire Museum's newest interactive exhibit, "Voyage to the Deep." 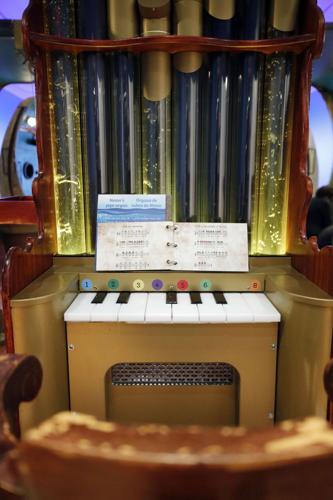 A bubble and ocean sounds organ is part of the fun inside the Nautilus submarine at the Berkshire Museum. 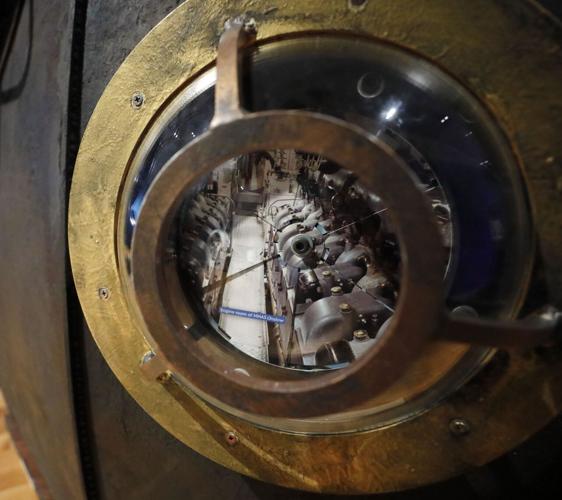 Peek inside a porthole of the interactive Nautilus submarine for a glimpse of the real engine room of the HMAS Onslow.

A large interactive recreation of Captain Nemo's Nautilus submarine, from the world of author Jules Verne’s "20,000 Leagues Under the Seas," is part of the fun of "Voyage to the Deep," at the Berkshire Museum.

PITTSFIELD — Have you ever wanted to explore the ocean floor? Or wanted to travel 20,000 leagues under the sea?

"Voyage to the Deep"

What: An exciting new interactive exhibit — based on Jules Verne’s 1870 classic "20,000 Leagues Under the Sea" — brings to life the deep-sea adventures of Captain Nemo, his fantastical Nautilus submarine and the mythical world he inhabited.

COVID-19 safety protocols: Proof of full vaccination (digital or printed card) and photo ID required of all visitors 18 and older. Masks required for all visitors ages 2 and older.

Songs of the Sea with Cosby Gibson and Tom Staudle

What: Join award-winning singer-songwriters Cosby Gibson and Tom Staudle as they perform sea shanties, folk tunes, and some popular songs about the ocean. They'll also share fun facts about sailing and sea creatures.

Where: Atlantis Stage, Voyage of the Deep exhibition, Berkshire Museum

What: Vivid imagery and expert insight reveal the majestic ecosystem of coral reefs and their vital contributions to ocean health, human vitality, and environmental balance in this documentary directed by Jeff Orlowski. Film runtime is 1 hour, 33 minutes. Best enjoyed by ages 9 and up.

Screening will be followed by a discussion with experts in marine biology and environmental science.

A new exhibit at the Berkshire Museum, "Voyage to the Deep," based on French novelist Jules Verne's 1870 classic, "20,000 Leagues Under the Seas," lets visitors do just that by bringing to life the deep-sea adventures of Captain Nemo and his crew via an interactive model of the fictional Nautilus submarine.

The Nautilus, which spans two rooms of the second floor of the museum, is designed to allow visitors to explore the ocean depths — allowing them to take up the controls at the helm, peer through the periscopes, crank the propeller, test out the bunks, and explore Captain Nemo’s Cabinet of Curiosities full of wonderful marine specimens.

"What I love about this is that it's super fun, kids love to do this, but it's also very interactive and kids will learn what it's like to live in a submarine," said Hilary Dunne Ferrone, chief engagement officer and interim co-executive director, during a recent tour of the exhibit.

The exhibit, which is presented in both English and Spanish, originated at the Australian Maritime Museum in 2015. Prior to arriving in Pittsfield, the exhibit had been to Milwaukee and San Antonio.

“When finalizing the 2022 exhibition schedule, we wanted to push ourselves to think outside the box and utilize our new capital improvements, while maintaining the high-quality, inspiring experience our patrons have come to expect when they walk through our doors. Inspiration for such exhibitions is rooted in our mission and collections," said Craig Langlois, chief experience officer and interim co-executive director, in a release.

Not only will visitors have a chance to learn about ocean exploration, but they'll also learn how the Berkshires has and continues to play a role in the exploration of our world.

At the start of the exhibit, visitors are greeted by past and present Berkshire contributions to world exploration — from the race to be the first to reach the North Pole to today's continued exploration of the ocean floor.

On view are the fur suit Arctic explorer Matthew Henson wore as a member of Robert Peary's 1908-1909 expedition to Greenland and one of the sledges they used to make the trip. Henson, who accompanied Peary on seven expeditions, is credited with being the first of Peary's party to reach the geographic North Pole in 1909. Peary, leader of the expedition, was credited with being the first to do so. Henson, who was Black, is often thought to have been overlooked because of his race.

Zenas Crane, founder of the Berkshire Museum, was one Peary's 1908-1909 expedition. In return, Peary donated 16 items from the journey to the museum.

"General Dynamics is partnering with us on this exhibit," she said. "This is their cutting-edge technology."

“General Dynamics is proud to partner with the Berkshire Museum on their 'Voyage to the Deep' exhibit. Our teams perform some incredible work in the undersea domain, and we are excited to show our community and beyond some of the work we perform for our customers," said Paul Dalton, vice president of undersea systems at General Dynamics Mission Systems, in a release.

"It's amazing to think this technology is being made right next door to Dick's Sporting Goods," Dunne Ferrone said.

Among other items from the museum's collections on display as part of the exhibit are several nautical paintings and a pocket gallery exhibition, "Blue," curated by the museum staff, features works and objects with the unmistakable blue color of the water often referenced by deep sea explorers.

“Whether found on a peacock’s feather or 19th-century ceramics, our visitors will be able to explore objects from our collection that share the same hue,” Langlois said.

Setup of the Berkshire Museum’s newest exhibit, Voyage to the Deep, is underway with a large interactive recreation of Jules Verne’s Nautilus …