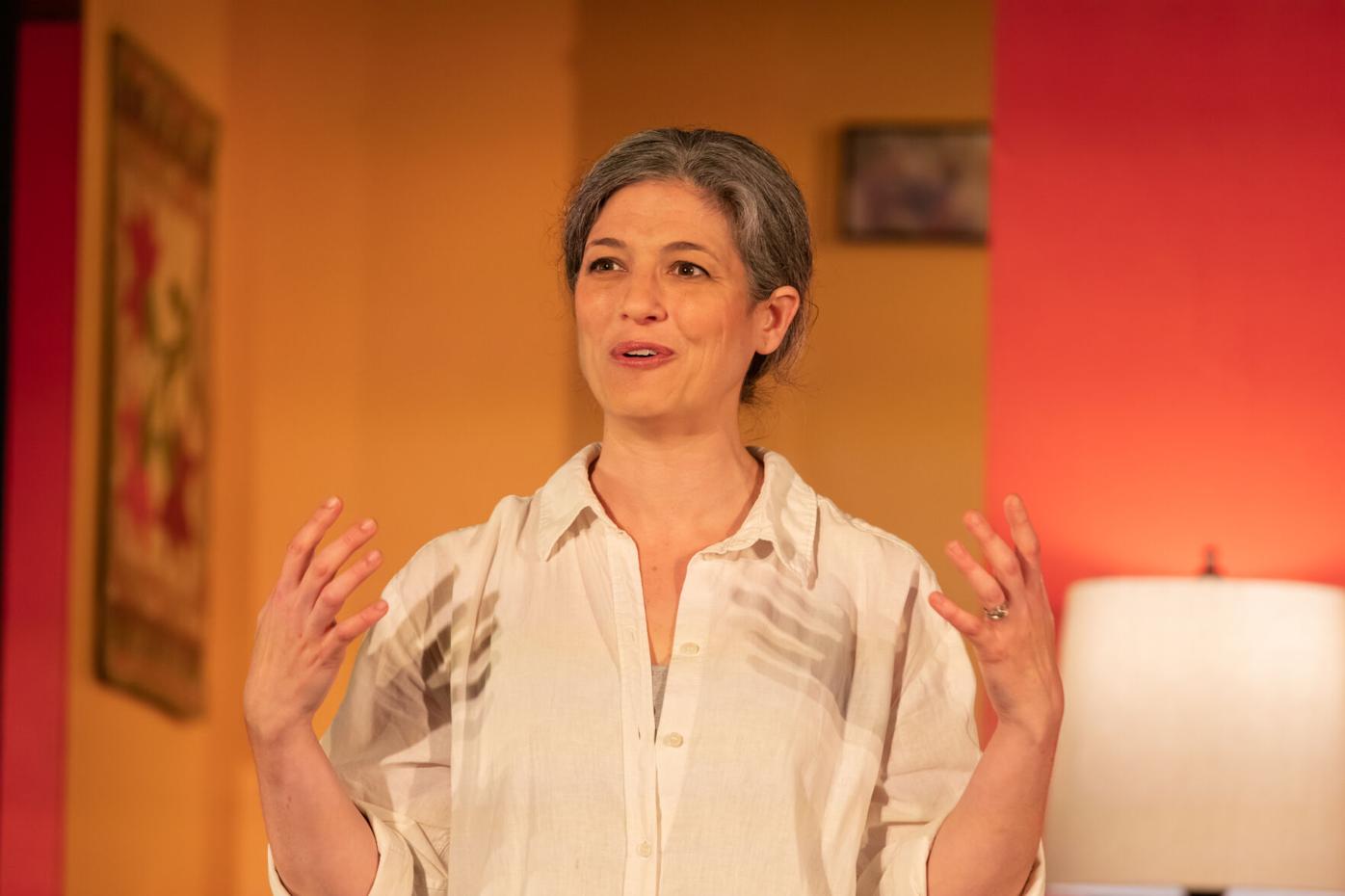 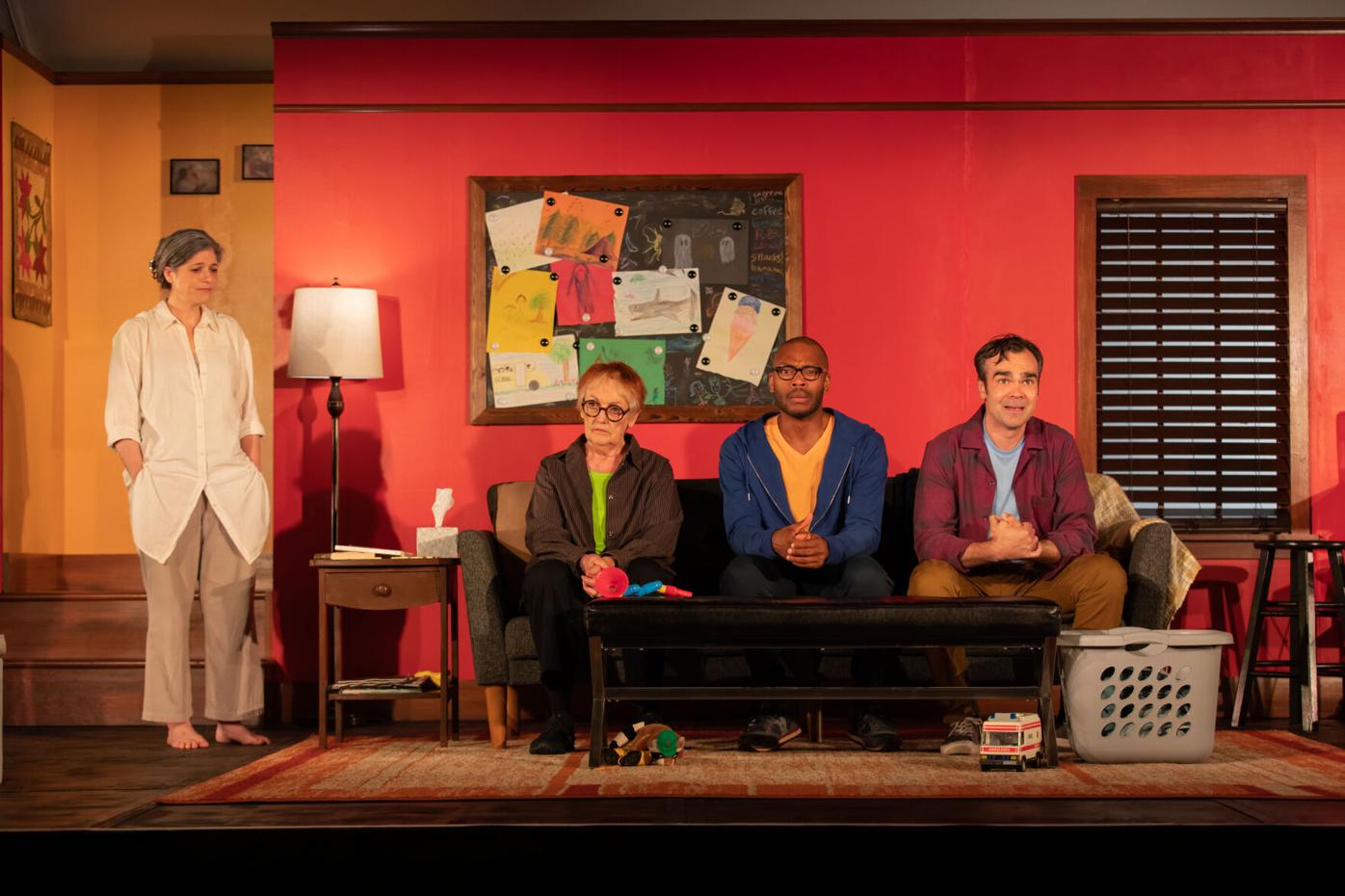 What: “Tiny Beautiful Things.” Based on the book by Cheryl Strayed. Adapted for the stage by Nia Vardalos. Directed by Daniel Elihu Kramer

When: Through Aug. 29. 7:30 p.m. Thursdays, Fridays and Saturdays; 3 p.m. Wednesdays, Thursdays and Sundays

Tickets: $47.50; $10 for Chester and Middlefield residents and those holding EBT cards; $15 for members of the military and their families.  $10 Student Rush tickets are available day of show in person or on the phone.

PITTSFIELD — American writer and podcast host Cheryl Strayed is perhaps best known for her bestselling 2012 memoir, “Wild: Lost and Found on the Pacific Crest Trail,” chronicling the amateur hiker’s better-than-1,000 mile wilderness trek 17 years earlier at a time when her life was falling apart. The book was followed that same year by “Tiny Beautiful Things: Advice on Love and Life from Dear Sugar,” a collection of letters and advice from Dear Sugar, an online advice column Strayed wrote anonymously on TheRumpus.net from 2010 to 2012. She used her own life experience and life sense in shaping advice for people seeking answers to personal problems great and small.

“She gave advice that was illuminating rather than instructive,” Nia Vardalos wrote in her introduction to “Tiny Beautiful Things,” the script she has fashioned from Strayed’s book.

The column became “enormously popular, widely admired as a compassionate and open forum,” Vardalos wrote. “Her goal was to engender unadulterated advice, unencumbered by the readers’ preconceptions of who she might be.”

“Tiny Beautiful Things” fits right in to Chester Theatre Company’s ethos, says producing artistic director Daniel Elihu Kramer, which is why it is being performed through Aug. 29 as the final production of the theater’s 2021 season in an open sided tent on the grounds of Hancock Shaker Village.

“I think we’re a theater with a hopeful world view,” Kramer said during an interview on the front porch of a house on Chester’s Main Street, which is home to some of theatre company's actors. “That doesn’t mean we don’t look at bad things. What we’re interested in is how people hold each other together.”

“Tiny Beautiful Things” premiered at The Public Theater in New York in November 2016 with Vardalos as Sugar. While the play covers exchanges between Sugar and her letter writers over a two-year period, the play unfolds over the course of one night in the bottom floor of Sugar’s two-story home. Tara Franklin plays Sugar. James Barry, Candace Barrett Birk and Taavon Gamble play the various advice seekers.

“I am really impressed with the way Vardalos has adapted the book,” Kramer said. “It’s an amazing case of making theater out of non-theatrical material.”

Kramer has been planning to produce “Tiny Beautiful Things” for some time. He had sent Franklin a copy of the script in 2019 and was set to present the play last summer. COVID-19 changed all that. The production, along with the rest of the season, was canceled.

“When we landed at this moment,” Kramer said, “we felt we should stick with it.”

He and Franklin, who is associate artistic director and director of education at Chester Theatre and teaches acting at Smith College, had been looking for a project they could work on together. While she has appeared in several Chester productions, she and Kramer haven’t worked on a play together since she joined the company's staff about five years ago.

Franklin had read “Wild” so, she said, by the time Kramer sent her the script, she felt she already had a longstanding relationship with Strayed.

“There are things that call upon us and we say ‘yes.’ She says ‘yes’ from the get-go,” Franklin said. “There is that quality in me that wants to help; that says ’yes’ and it feels good.

“You bring yourself to the role; my circumstance; my love for language. I’m working in a bigger way than I’ve worked before.”

Lest all this sound saccharine and, well, sugary, Kramer is quick to point out that “Tiny Beautiful Things” “doesn’t make you feel good by pretending the world is a different place. It’s a play about dealing with deep loss. The play asks ‘Okay, so then what?’”

“Sometimes just asking someone for help is a personal triumph,” Franklin said.

“To say ‘I feel hopeless’ out loud is itself hopeful,” said Kramer. “You are still human.”

REVIEW: 'The Niceties' are not so nice. Chester Theatre's effort 'unbalanced'

PITTSFIELD — The stakes are high in Eleanor Burgess’ ironically titled “The Niceties,” which is being given a vigorous, if, unfortunately, unb…

PITTSFIELD — The setting for Joseph Dougherty’s haunting, compelling play, “Chester Bailey,” is a hospital on Long Island in 1945. The focus i…

PITTSFIELD — If you are in need of comfort food for your heart and your soul in these troublesome days, you will find plenty to spare at Hanco…