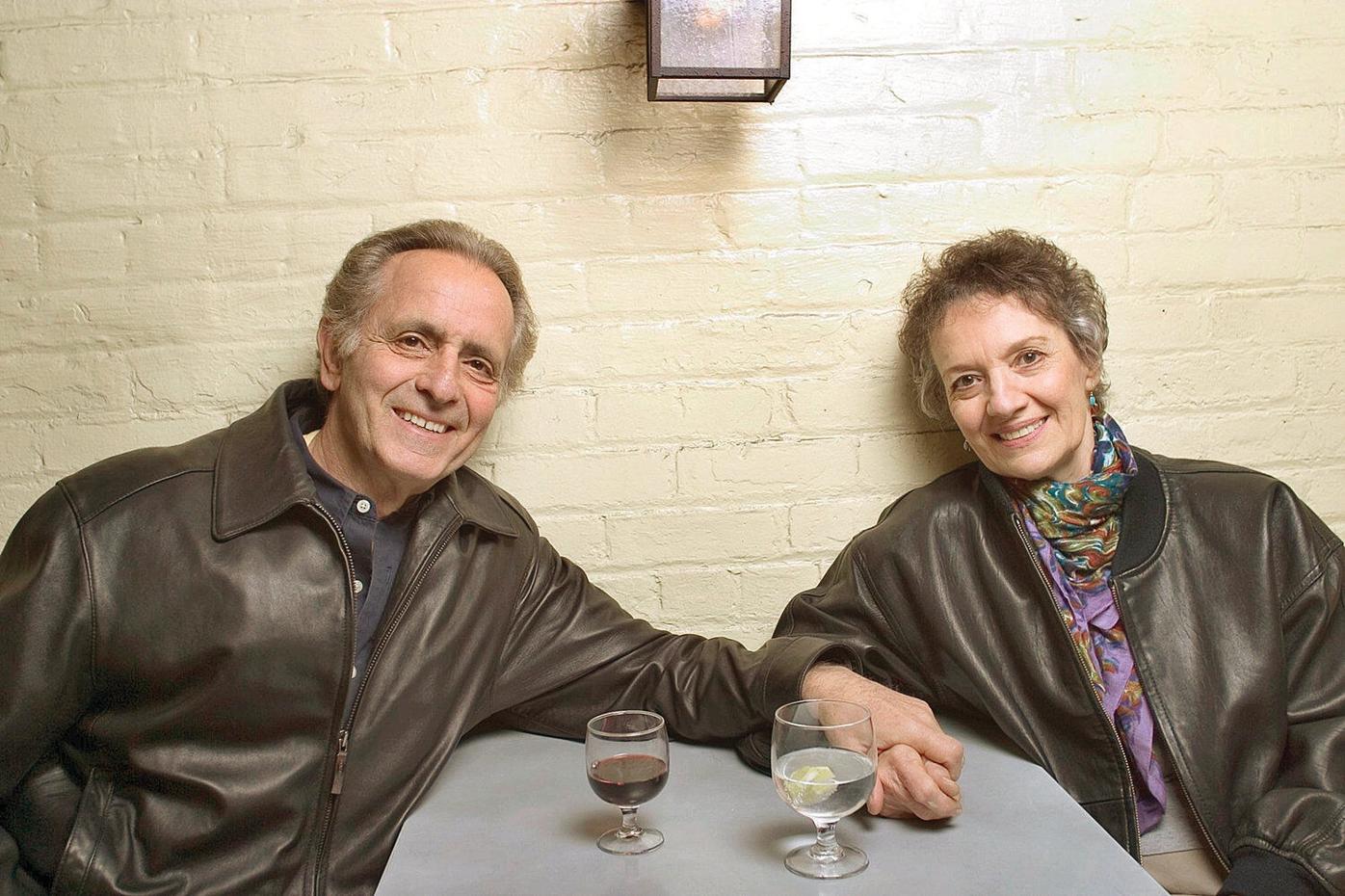 Playwright Mark Medoff with actress Phyllis Frelich. Medoff, who wrote the award-winning play "Children of a Lesser God," has died in New Mexico at age 79. Frelich won a Tony in 1980 for her Broadway portrayal of Sarah Norman, the deaf woman at the heart of the play. 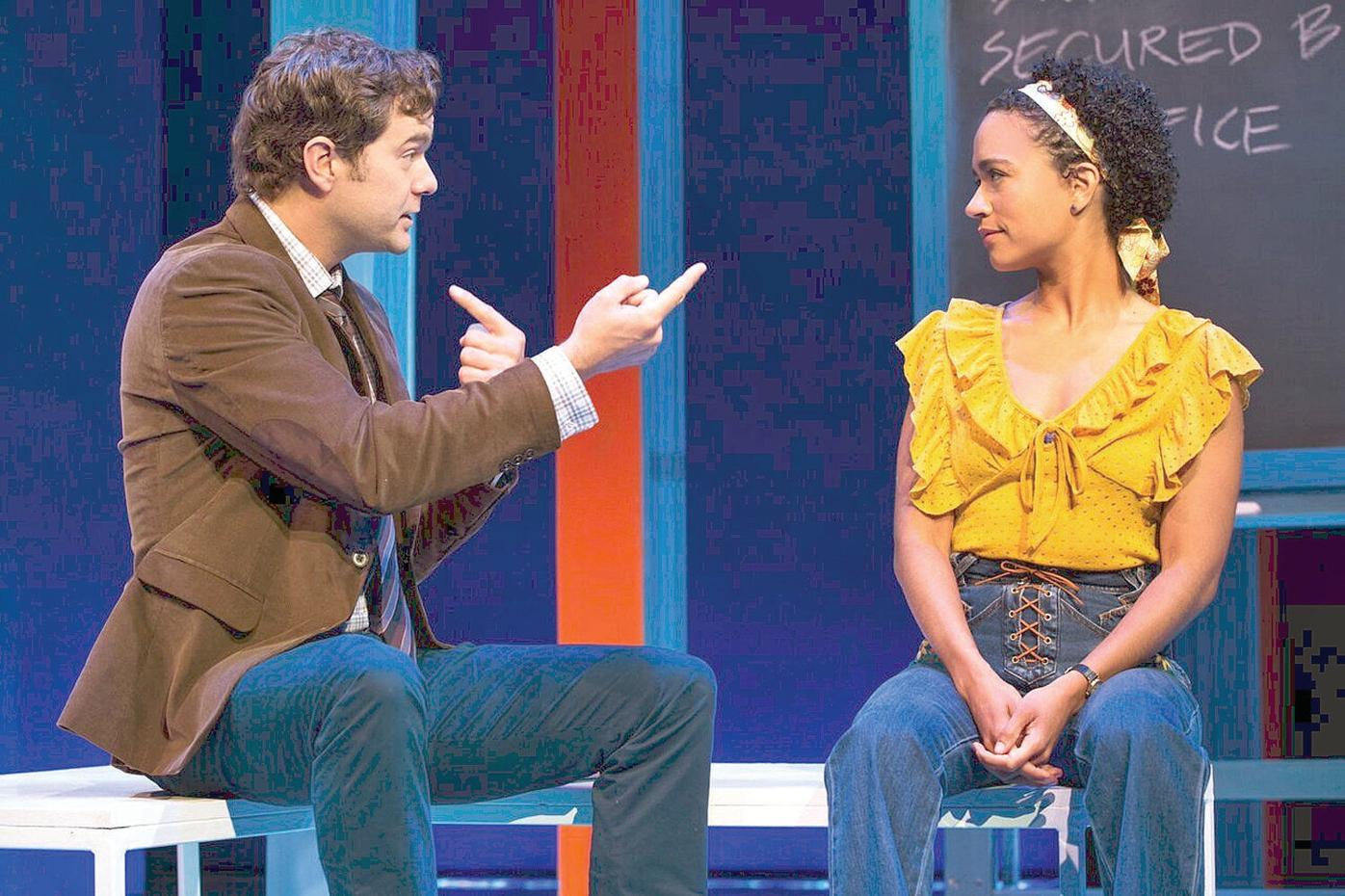 Playwright Mark Medoff with actress Phyllis Frelich. Medoff, who wrote the award-winning play "Children of a Lesser God," has died in New Mexico at age 79. Frelich won a Tony in 1980 for her Broadway portrayal of Sarah Norman, the deaf woman at the heart of the play.

Mark Medoff, a provocative playwright whose "Children of a Lesser God" won Tony and Olivier awards and whose screen adaptation of his play earned an Oscar nomination, has died in Las Cruces, N.M. He was 79.

Medoff died Tuesday in a hospice surrounded by family, according to his daughter, Jessica Bunchman. He had been battling both multiple myeloma, a cancer, and renal failure, she said in a family statement.

Medoff wrote 30 plays and wrote, produced or directed 19 movies. He found his greatest success with "Children of a Lesser God," the tale of a troubled love affair between a speech teacher and a deaf woman who struggle to overcome the communications gap between their two cultures.

Phyllis Frelich won a Tony in 1980 for her Broadway portrayal of Sarah Norman, the deaf woman at the heart of the play, which ran for almost 900 performances. It was later made into a movie, which won an Academy Award for actress Marlee Matlin, who co-starred opposite William Hurt.

Medoff was a caring adviser to many in the business, according to the statement.

"He had a way of making every creative heart with whom he worked feel as if their work, or their part in his work, was the single most important thing to him in the moment. In turn, hundreds of writers, actors, directors and creatives all over the world consider Mark Medoff a mentor," the statement said.

Matlin tweeted: "Mark Medoff, the brilliant mind behind the Tony Award winning play, 'Children Of A Lesser God,' has passed at 79. He insisted and fought the studio that the role be played by a deaf actor; I would not be here as an Oscar winner if it weren't for him. RIP Dear Mark."

Medoff's work often tackled social issues, from animal testing and AIDS in the play "Prymate," to American myths and disorders in the Obie-winning stage work "When You Comin' Back, Red Ryder" to poverty in India in his screenplay for the 1992 film "City of Joy." His 2015 play, "Marilee and Baby Lamb: The Assassination of an American Goddess," is about the last days of Marilyn Monroe.

"Everything I do probably starts more from a social-issue impulse than anything else," the playwright told The Associated Press in 2004. "I went to a psychologist when I was 18 or 19 and he said I was the first kid he'd ever met who was rebelling against a happy childhood. So when I started writing, I began to expropriate social issues and quickly roped myself out of my angst."

Medoff was co-founder of the American Southwest Theatre Company and head of the Department of Theatre Arts for nine years at New Mexico State University, where he taught for years. He helped form the Creative Media Institute for Film & Digital Arts in 2005.

"When the Creative Media Institute was just getting going, Mark told the faculty, 'Look, we can sit around and talk about how to teach people to make movies, or we can just go make movies,' which reflected his philosophy across life," said Amy Lanasa, a friend who now heads the institute, in the family statement. "Why sit around talking about it when you can get up and take action or create something?"

Medoff's other works include the plays "The Wager," ''The Hand of Its Enemy," ''The Heart Outright," ''The Majestic Kid" and the screenplay for the HBO movie thriller "Apology." He also penned the 1978 Chuck Norris action film, "Good Guys Wear Black" and the black comedy "Refuge" starring Linda Hamilton in 2010.

His second original Broadway play was in 2004 with "Prymate," which closed quickly after 23 previews and five performances, having in one week grossed only 8 percent of the theater's capacity.

"Prymate" tells the story of two middle-age scientists and former lovers — an animal behaviorist and a biologist — in a tug-of-war over the fate of an aging gorilla rescued from an AIDS lab. The Associated Press review said "Medoff's dialogue is unsubtle, often crude and, what's worse, unbelievable." Variety called it "ludicrous."

Medoff was born in Mount Carmel, Ill., grew up in Miami Beach, Fla., and received his bachelor's in English from the University of Miami in 1962. He completed graduate studies in English in 1966 at Stanford University.

Medoff is survived by his second wife, Stephanie Thorne, whom he wed in 1972, three daughters and eight grandchildren. In 1981, he also received an honorary degree from Gallaudet University for exemplary service to the deaf community.

Medoff and his family have created The Hope E. Harrison Foundation to raise awareness and finance research to end the chromosomal anomaly Trisomy 18, which afflicts his 5-year old granddaughter, Hope.