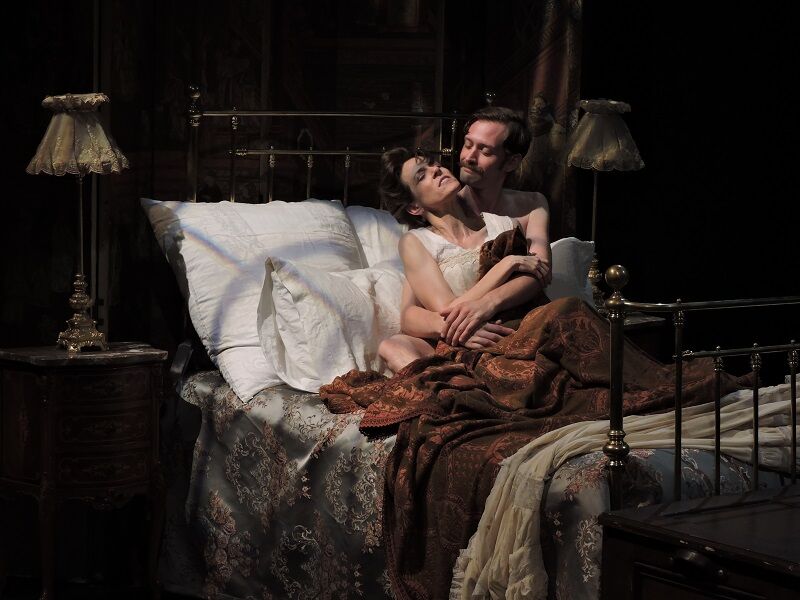 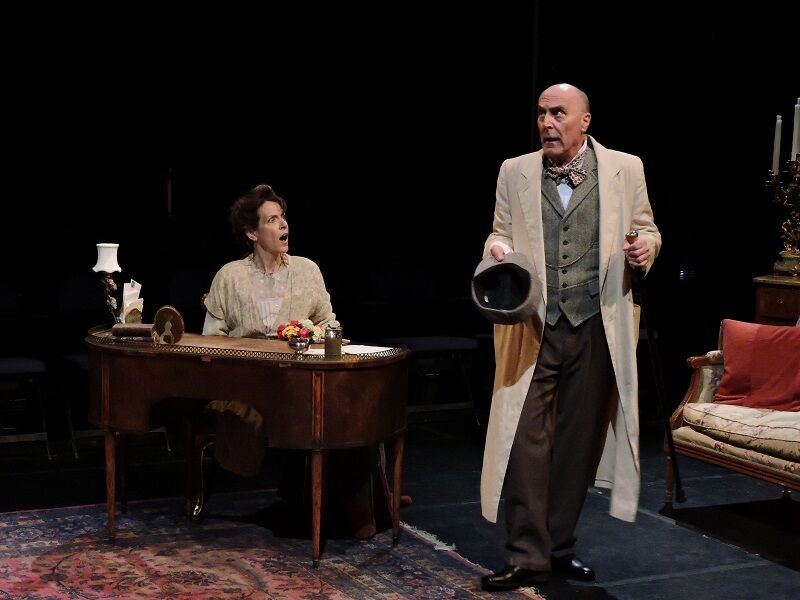 What: “Mr. Fullerton” by Anne Undeland. Directed by Judy Braha

GREAT BARRINGTON — Locked in a loveless marriage for the better part of 22 years to Edward "Teddy" Wharton, a wealthy Bostonian 13 years her senior, Edith Wharton found sexual awakening at age 45. Her 42-year-old lover, William Morton Fullerton, was an American journalist living in Paris, where he was working as foreign correspondent for The Times of London.

Wharton and Fullerton were introduced in 1907 at the Paris home of Wharton’s close friend, Henry James, and began an affair that lasted roughly three years.

Edith’s marriage was barren in many ways. Fullerton’s not-so-private private life was messy; profligate. He was, by all accounts, a love-’em-and-leave-’em kind of guy who ended his relationships — with women; with men — as suddenly as he took them up. He simply disappeared.

Edith’s relationship with Fullerton was an awakening. She expressed that awakening, that passion, in a series of letters she wrote Fullerton over the course of their affair until he simply stopped responding.

Out of concern about exposure, a need to keep their affair secret, Wharton urged Fullerton to destroy her letters. She died in 1937 assuming he had done so. He hadn’t. The letters surfaced in 1980, 28 years after Fullerton’s death. What had been suspected by a few — chief among them Wharton biographer R.W.B. Lewis — now had been evidenced.

Undeland has become increasingly interested in finding, and writing, material in which women over 40 “have a primary place onstage where they drive the action; women over 40 doing things we don’t expect,” the just-over-40-year-old playwright-actress said in an interview.

She found just what she was looking for in Wharton’s letters. Her immediate reaction when she read some of them was “Oh, Edith, I can feel you.”

“There is so much need and yearning and longing and magic (in those letters),” Undeland said. “I felt ‘oh, this is a compelling story.’”

Undeland’s take on that story, “Mr. Fullerton,” is being performed through Aug. 1 at the Liebowitz Black Box Theater in Bard College at Simon’s Rock’s Daniel Arts Center with Dana M. Harrison as Edith. Joining Harrison in the cast of this Great Barrington Public Theater production are Marcus Kearns as Morton Fullerton, Mya Plunkett as Edith's outspoken maid, Posy; and Glenn Barrett as Henry James.

Undeland said that in writing “Mr. Fullerton” she did just enough research ”to get into Edith’s world … without boxing it in.”

Harrison describes what Undeland has done as creating a balance “between what is historically true and this character in a play.”

Undeland characterizes “Mr. Fullerton” as a play about falling in love; about the romance of being in Paris, a city that was Undeland’s home for several years.

”It’s a play about secrets; an exploration of sex,” she said.

“Love madness is written all over this play; how you are changed forever,” said “Mr. Fullerton” director Judy Braha, who joined Undeland and Harrison in an interview at the Daniel Arts Center.

“Every character in this play has an arc. There’s all different kinds of love in this play,” Harrison said.

“There are four characters in this play. Each relationship is intimate. Each makes up the fabric of love,” said Braha.

Braha divides her time between a house in Monterey she bought a few years ago, and Boston, where the veteran actor, director and teacher runs the MFA directing program at Boston University’s College of Fine Arts. She became involved with “Mr. Fullerton” through her acquaintanceship with Great Barrington Public Theater artistic director Jim Frangione. They’ve known each other since the time he lived in Boston.

“I knew he was in the Berkshires working on new plays,” Braha said.

When Frangione sent her a copy of “Mr. Fullerton,” Braha jumped at the opportunity to work on a new play “in a room with fully vaccinated people.”

Wharton met Fullerton two years after the publication of “House of Mirth,” her biggest commercial success to date. She still was riding the crest of a wave of popularity.

“What a remarkable woman,” Harrison said of Wharton. “This play holds her story. It’s so clear. These relationships are all real.

“You can see how her love interest shaped her work after the affair; the depth, the richness, the heartache.”

Harrison acknowledges that playing Edith Wharton in the Berkshires, where Wharton had an estate in Lenox, The Mount, can be daunting.

She credits Undeland’s writing and Braha’s direction for giving her the wherewithal to bring Edith to life.

“There is a lot of trust in the room among the actors and Judy,” Undeland said.

“When we are working on a scene, [Judy] is always asking us ‘what do you want? how do you get it?’” Harrison said.

Braha explained that when she is directing, her interest lies in getting to that place “where the self meets the character.

“We all start with ‘let’s pretend,’” Braha said. “But (sooner or later) it all has to become involved with our DNA.

“In the end, we have to get up and do these things. We have to put on our capes and run around the playground. But there comes a time when you, the person, takes over. You have to assert ownership (of the character).”

“There is a truth you are looking for,” Undeland said.

And with live theater, Harrison said, that journey, that search for truth is never done.

“You never arrive,” she said. “Each (performance) is new.”

GREAT BARRINGTON — “He doesn’t think like we do. He’s a mechanical engineer,” playwright Mark St. Germain’s brother Paul says to him of their …

GREAT BARRINGTON — Playwright Mark St. Germain has written about the greats and near-greats — among them, Sigmund Freud, Ernest Hemingway, F. …

GREAT BARRINGTON — Great Barrington Public Theater will offer a diverse arrange of plays over the course of six-weeks, from late June to early…