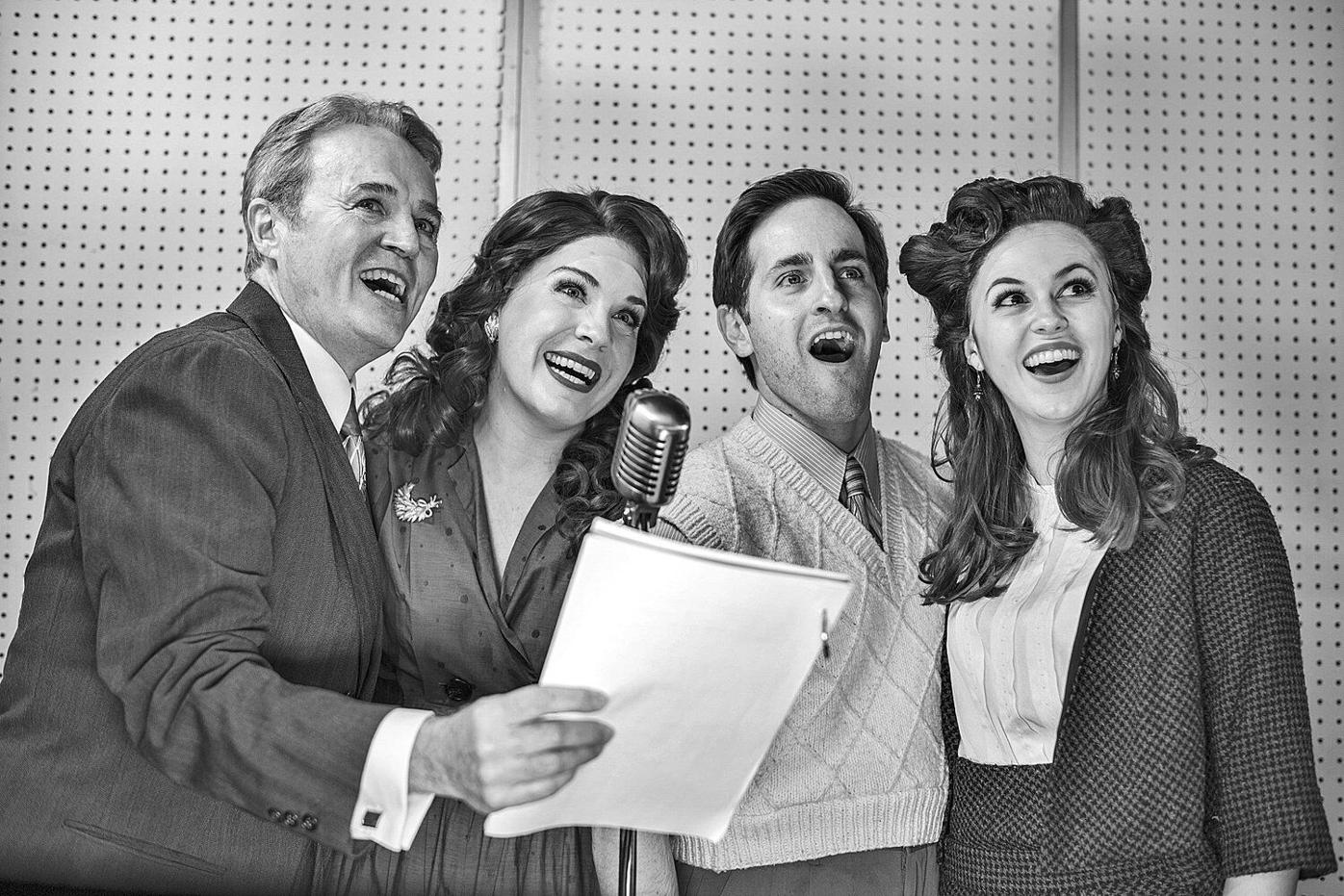 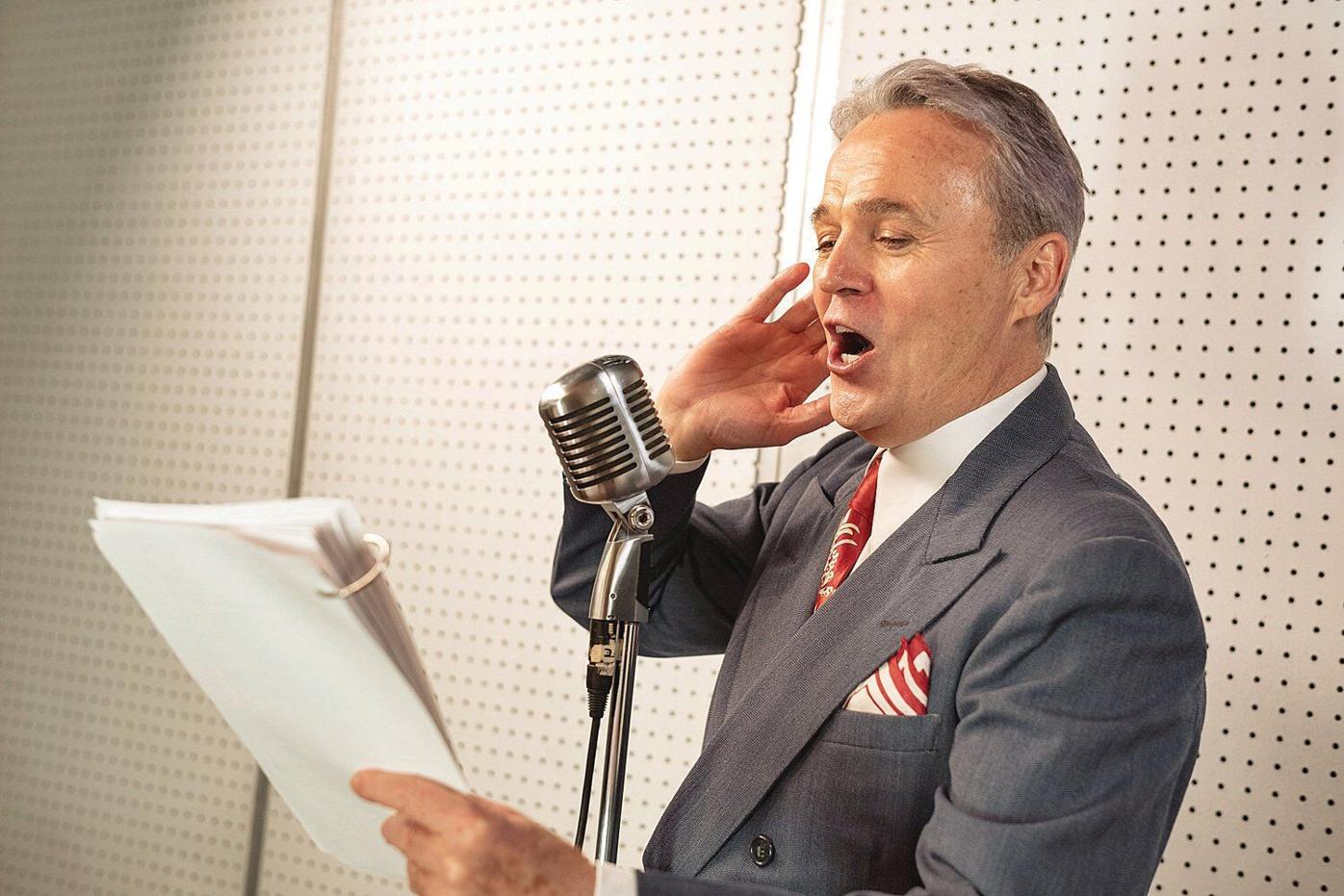 Wynn Harmon's appearance in "A Wonderful Life - Live From WVL Radio Theatre" is his fifth at Capital Repertory Theatre, the first dating back to "Dr. Faustus" in 2003. Harmon is the epitome of a "working actor." His biography shows barely a lapse between productions as he seems to be constantly performing somewhere.

Wynn Harmon's appearance in "A Wonderful Life - Live From WVL Radio Theatre" is his fifth at Capital Repertory Theatre, the first dating back to "Dr. Faustus" in 2003. Harmon is the epitome of a "working actor." His biography shows barely a lapse between productions as he seems to be constantly performing somewhere.

ALBANY, N.Y. — The holiday season is a time for the traditional and the familiar.

In entertainment, there are few things more familiar than "It's a Wonderful Life." The Frank Capra film is beloved and stage adaptations are popular because they are usually faithful to the original.

With that in mind, Capital Repertory Theater is taking a bit of a risk as it is tinkering with the work. Now through Dec. 22 (previews begin tonight; press opening is Tuesday), the Albany theater company is presenting "It's a Wonderful Life: Live from WVL Radio Theater." It's performed as a radio show.

Don't worry, it still tells the heartwarming story of how George Bailey, a humble man from Bedford Falls, who on a desperate Christmas Eve, comes to realize how his seemingly insignificant life has affected so many people in a positive way.

If telling the story as if it were a live radio show isn't tradition-breaking enough, making it more jarring is the story is told using only four actors.

One of those actors is Wynn Harmon. This is his fifth production at The Rep, the first dating back to "Dr. Faustus," in 2003. Harmon is the epitome of a "working actor." His biography shows barely a lapse between productions as he seems to be constantly performing somewhere.

Though he is a dramatic actor, he has recently been on Broadway in "Porgy and Bess," and frequently performs non-singing roles at Glimmerglass Opera in Cooperstown and the National Opera at the Kennedy Center in Washington, D.C. Those credits are listed right next to the works of Shakespeare and contemporary playwrights that he's done at the Old Globe in San Francisco and other high profile theater companies.

During a telephone interview, it becomes clear that Harmon sees himself as more than a gypsy actor moving from town-to-town, theater-to-theater.

He calls Capital Rep one of his favorite places to perform. "I love working with Maggie (Mancinelli-Cahill), The Rep's producing artistic director). "I respect her talent and her artistic integrity. Being here I feel it is more than a job. There is a sense that the work we do is important for the community. (Maggie) shares my feeling that choosing to be to be an artist is to choose a career of service."

He explains: "When I was a kid, I loved to read stories. Now that I'm an adult I get to be in the story."     He said he sees the tales told in theaters as a way of connecting people. "When you are on stage there comes a moment when you can feel the audience becoming involved with the story you are telling. You sense them understanding the truth of what is happening and there is a connection between actor and audience. It's almost like they are saying, `Tell me more.' That's when you know you are in the right profession."

Harmon said that the moral lessons within "It's a Wonderful Life" is the kind of stories people thirst for, especially in today's world. "It's set the 1940s, but it speaks to our time," he said.

He is aware that performing in a beloved work carries additional responsibilities. "Every person in the film was brilliant," he said. "The more you see it the more you realize that even the smallest scene is perfect. Every time I see it, I discover a new moment." Making it personal, he said, "In this production I play 15 different characters. I have to give all their do."

He insists that telling the story as a radio play performed by only four actors is not a gimmick. Rather, he thinks the concept enriches the material. He points out that the radio station is in financial trouble, just like the rest of the country in the 1940s. "It supports the desperation of the times and heightens the tension the characters are going through."

Hammond finds special significance in another plot point. He explains, "There is a blizzard the night of the broadcast preventing most of the professional actors from getting to station. Only two professionals are in the studio, so two people from the station's staff are thrust into performing. Four people must play almost four dozen characters. It's kind of miraculous, as they find within themselves undiscovered abilities. They salvage success from what could have been a disaster."

Their experience parallels George's journey, he said. "They find worth in serving."

He said his goal, first and foremost, is that the audience enjoy themselves. He is confident that the material, the clever staging and the talent of the cast will accomplish that mission.

However, he has greater hopes for those who experience the production. "The material celebrates the wonder of life," Harmon said. "It's about the interaction of a community of people who make wonder happen. I want the audience to leave with a sense of gratitude about being alive and appreciating the wonder of life."