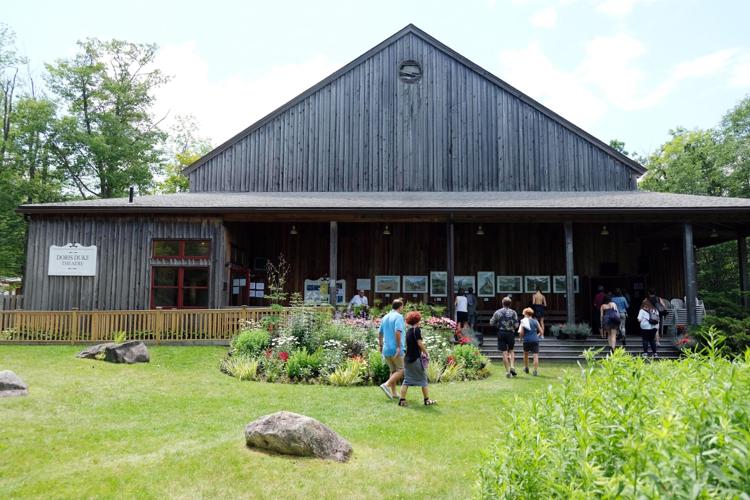 Jacob's Pillow’s historic Doris Duke Theatre was destroyed by fire in November 2020. The Pillow plans to rebuild it by 2025. 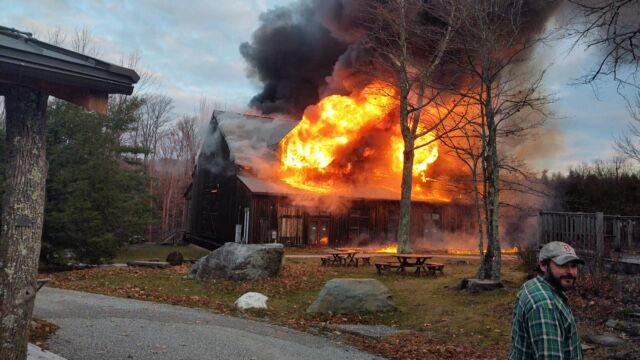 A view of the fire in November 2020 that destroyed the Doris Duke Theatre at Jacob’s Pillow in Becket. 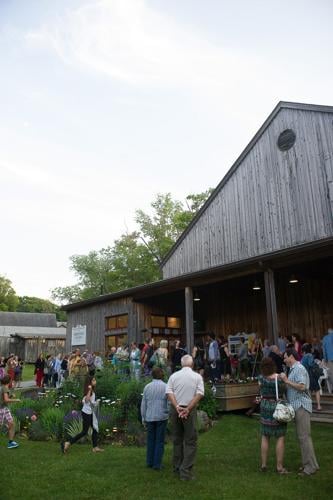 Patrons gather at a performance at the Doris Duke Theatre at Jacob's Pillow in Becket. A new $10 million grant will propel a project to rebuild on the same location.

BECKET — When a new dance theater rises at Jacob’s Pillow in Becket, it will honor the venue’s past, but push toward the future.

The new theater will seek to provide the intimacy of the hallowed space the festival lost in 2020, when the Doris Duke Theatre was destroyed by fire.

But at the same time, the theater to be built on that same spot, fueled by a newly announced $10 million grant, will set a new stage for performance in the digital realm, the group says. Construction is expected to be complete in 2025.

It’s been one year since a fire destroyed Doris Duke Theatre at Jacob's Pillow. Now, a new stage is planned for the summer 2024 season.

“A new, world class, digitally-driven Doris Duke Theatre will ensure Jacob’s Pillow stays at the cutting-edge in the decades to come,” Sam Gill, president and CEO of the Doris Duke Charitable Foundation, said in a statement. “Jacob’s Pillow has been an indispensable global leader and innovator in dance for nearly 100 years.”

Of the $30 million cost of a new Doris Duke Theatre, the foundation will provide a third in support of its namesake. Jacob’s Pillow has also received $200,000 from the Massachusetts Cultural Facilities Fund. That money will help cover the cost of early designs.

Details on the new theater’s design will be made public next year, according to a statement from the nonprofit.

“The design will celebrate the Pillow’s vernacular architecture without replicating it,” the group said. “The reimagined Doris Duke Theatre will be an environmentally sustainable prototype for a 21st-century cultural facility that will remain relevant for future generations.”

While seeking to replicate the feeling of the old space, its successor will provide new opportunities to make art in the digital age.

The new theater, for instance, will be “a makerspace with a digital foundation for artists seeking to integrate various technologies into live performance or create works that are native to the digital realm,” the group said.

The lead architect will be Mecanoo, of the Netherlands. Its creative director and founding partner, Francine Houben, will serve as lead architect, in partnership with Marvel, a New York City firm.

Jeffrey Gibson, who is Choctaw/Cherokee, will serve as a consultant. Jacob’s Pillow said Gibson’s role will be to advise “on the building’s relationship to the site and Indigenous design values, a key element of the building’s design.”

“Gibson has been participating in regular design sessions and has helped steward stakeholder engagement with Indigenous community members to seek feedback on the evolving design,” the group said.

Heather Bruegl, a public historian, activist and independent consultant, will also consult on the project. Bruegl, a citizen of the Oneida Nation of Wisconsin and first-line descendent Stockbridge Munsee, previously served as director of cultural affairs for the Stockbridge-Munsee Community.

The November 2020 fire left the festival with just one indoor performance space.

The fire’s cause was said to be “undetermined.” The old theater opened in 1990 on the group’s 220-acre campus.

The remains of the burned theater are on display, through Jan. 1, as part of Yve Laris Cohen’s “Studio/Theater” at the Museum of Modern Art in New York City.