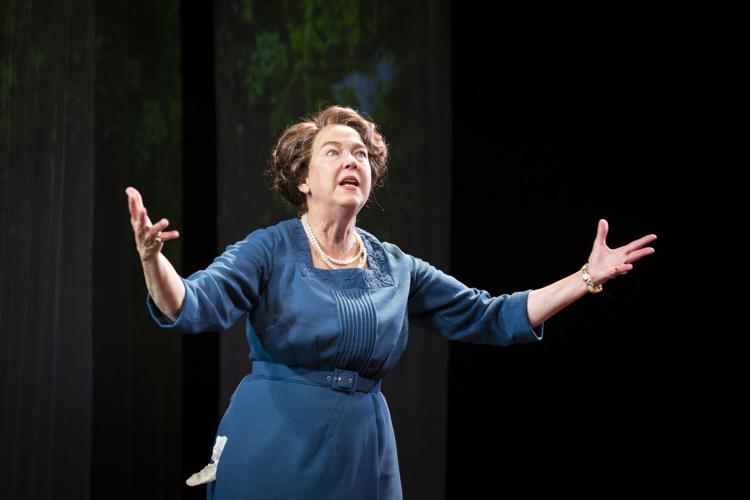 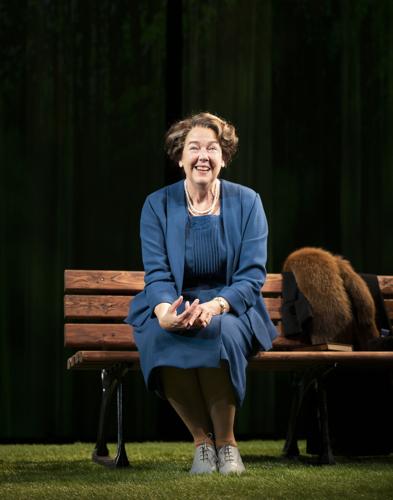 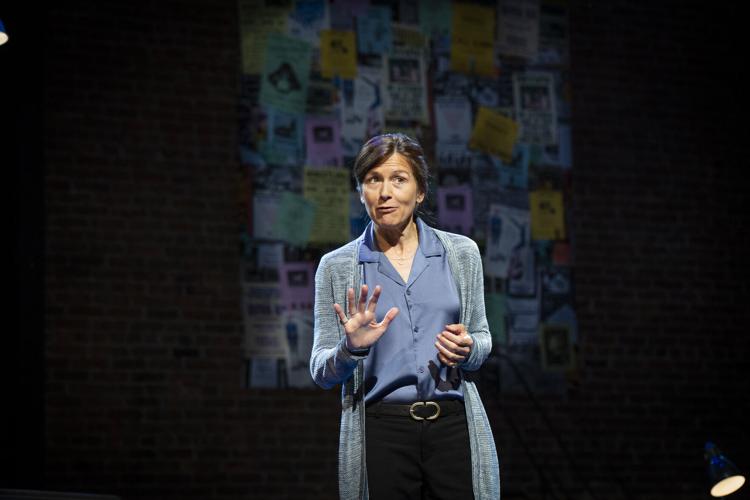 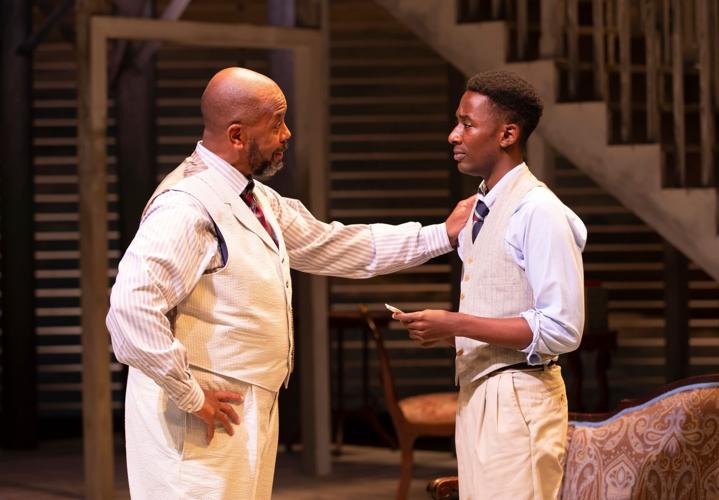 In a separate article, I singled out the 10 productions that were, for me, the clear standouts of 2021. But productions don’t happen in a vacuum; don’t simply materialize out of thin air. So, here are some shoutouts to the actors, directors and designers whose work stood out in 2021.

Leading the field, by far, is Harriet Harris’ portrayal of Eleanor Roosevelt in the world premiere of Mark St. Germain’s “Eleanor” at Barrington Stage Company. This incomparable actor transcended history to give us a richly convincing, intensely personal, involving portrait of an historical figure in all her human strengths and vulnerabilities. Rarely is this kind of storytelling as compelling and fully theatrical an experience as Harris made it in a masterly performance by a consummate actor.

In preferential order, the other five are:

Oliver Wadsworth as The Man in “The Turn of the Screw” (Oldcastle Theatre Company). Rarely has the pure joy of acting been as upfront and evident as it was in Wadsworth’s dazzling creations in multiple roles to Rebecca Mozo’s Governess in ”The Turn of the Screw” at Oldcastle Theatre Company. Each of his characters, male and female, were keenly observed and fully played in an unsparingly creative performance that was all in the service of a richly theatrical play.

Kathleen Carey as Margie in “Good People” (The Theater Barn). For personal reasons having to do with taking care of her ailing parents, Carey, one of the region’s finest actresses, has been off the stage for a little more than three years. She returned this summer in a role that seemed tailor made. This was a bold, courageous portrayal of a working class woman living in South Boston — frank, bold, abrasive, her own worst enemy in many ways; a single mother doing the best she can to survive who tries to seize an opportunity that really isn’t there. Carey didn’t miss a bit, a rhythm, a turn, a subtlety.

Cloteal L. Horne as Three in “hang” (Shakespeare & Company). Horne was nothing short of masterly in this clean, lucid, disciplined, focused portrayal of an emotionally coiled woman who is dealing with the aftermath of a horrifying family tragedy and has been given the authority to determine the fate of the already sentenced perpetrator. The complex brew of barely contained emotions was palpable, unsettling and unnerving.

Michael Boatman as Nat Miller in “Ah, Wilderness!” (Hartford Stage). Eugene O’Neill once wrote of “Ah, Wilderness!” that it represented his childhood the way he wished it would have been. I can’t imagine that had O’Neill seen Hartford Stage’s production of his only comedy that he would have welcomed and more than approved of Boatman’s patriarchal Nat Miller. Boatman was pitch perfect as a man doing his best as the head of a large family; as the publisher and editor of his “large, small town” newspaper; as husband to a strong-willed wife; as father of four children. Boatman’s Miller approached all this with a blend of love, patience, understanding, firmness; at times an endearing confusion and bewilderment at the ways of the world, particularly an idealistic 17-year-old son trying to find his way in his young life. Lovely, lovely work.

Ephraim Birney as Chester Bailey in “Chester Bailey” (Barrington Stage Company). As the title character — a young man who has constructed an elaborate means of surviving and protecting himself from the lasting emotional impact of an unfathomable tragedy that has left him blind and without either of his hands — Birney delivered a performance built of raw passion, urgency and wrenching conviction.

Honorable mentions (in order of being seen):

James Barry (The Man, “Title and Deed,” and Letter Writer No. 1, “Tiny Beautiful Things,” both at Chester Theatre Company)

Rebecca Mozo (The Governess, “The Turn of the Screw,” Oldcastle Theatre Company)

The year’s most accomplished directing belonged to Henry Stram, whose uncommon skills hid in plain sight in his production of “Eleanor” for Barrington Stage Company. The seeming simplicity of Stram’s elegant directorial work belied the complex richness of texture and nuance that served Mark St. Germain’s play in so many ways. It would be easy enough to say that Stram’s biggest accomplishment was his ability to get out of the way and let St. Germain’s Eleanor Roosevelt speak for herself. Directing is never quite that simple. That Stram’s production seemed that way says everything.

In addition to Stram, three other directors stood out with particular distinction for me:

Melia Bensussen for her oh so very smart “Ah, Wilderness!” at Hartford Stage

Robin Campbell’s polished, confident work on “The World Goes Round” at Mac-Haydn Theatre

Regge Life for the tightly wound “hang” at Shakespeare & Company

Honorable mentions (in order of being seen):

Jillian Armenante (“The Turn of the Screw,” Oldcastle Theatre Company)

Maggie Mancinelli-Cahill (“The Irish … and How They Got That way,” Capital Repertory Theatre)

Choreographers Joshua Bergasse and Alberto Lopez for their ambitious, sweeping work on “A Crossing: A Dance Musical” at Barrington Stage Company

Robin Campbell and Freddy Ramirez for their stylish, seemingly effortless choreography for, respectively, “The Irish … and How They Got That Way” at Capital Repertory Theatre, and “The World Goes Round” at Mac-Haydn Theatre

Music director and supervisor, respectively, Jeffrey Campos and Rick Hip-Flores for “A Crossing”

Music director Josh D. Smith for “The Irish … and How They Got That Way” at Capital Repertory Theatre

Jeff Sugg for his projections for “A Crossing”

The theater season also was notable for some powerful scenic designs, particularly at Barrington Stage Company which seemed to corner the market with Beowulf Boritt’s designs for “A Crossing” and especially his haunting “Chester Bailey,” and Mikiko Suzuki MacAdams’ design for “Sister Sorry.” These designs each in their own way not only met the technical needs of the plays but drew breath and found resonance in the psychological/emotional undercurrents of the plays for which they were created. They redefined stage space and perspective and often functioned as much as characters in their respective plays as did the actors.

Other designs worth noting (in order of being seen):

Ken Mooney, “The Turn of the Screw,” Oldcastle Theatre Company

Cory Wheat for “Shakespeare’s Will” at Oldcastle