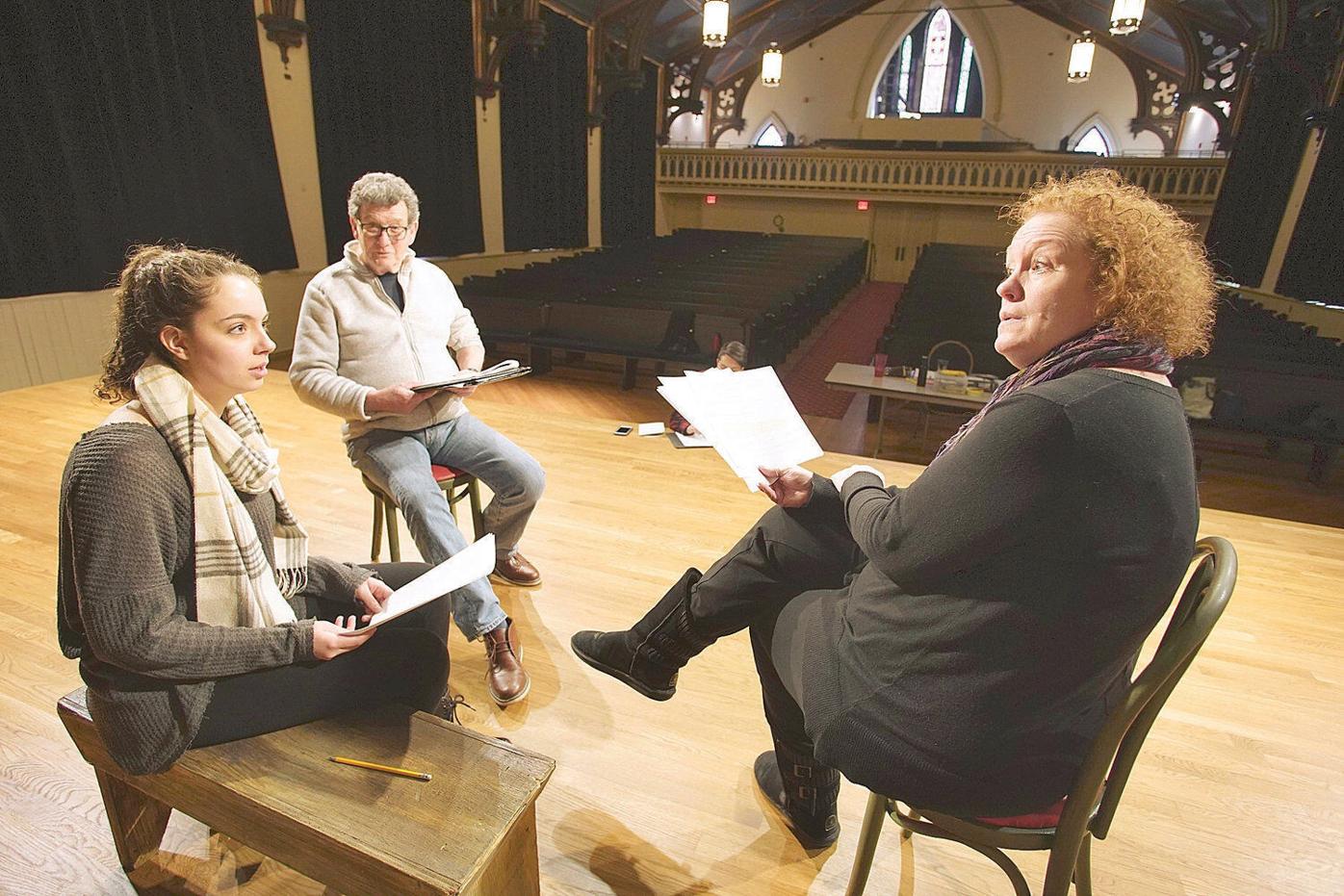 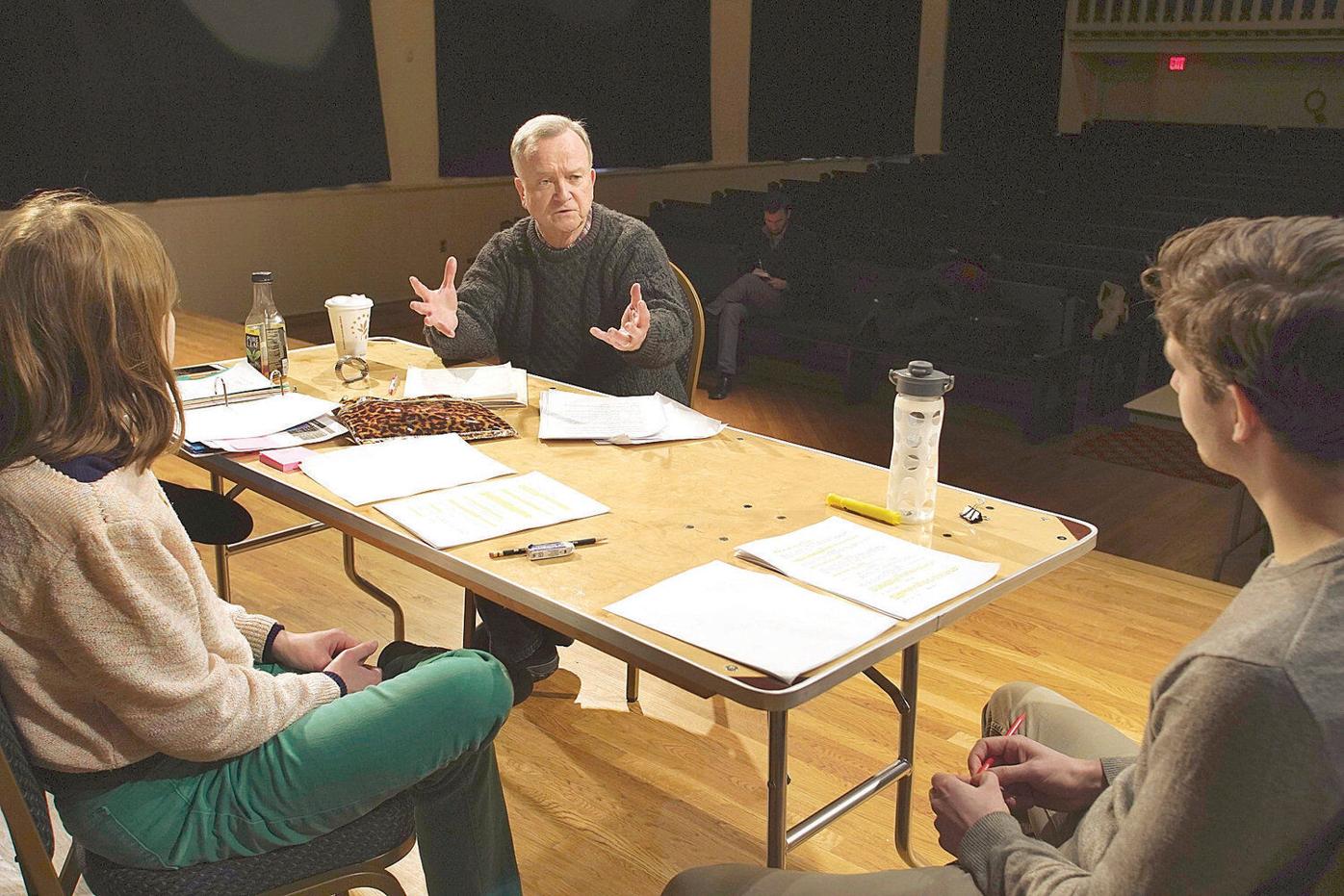 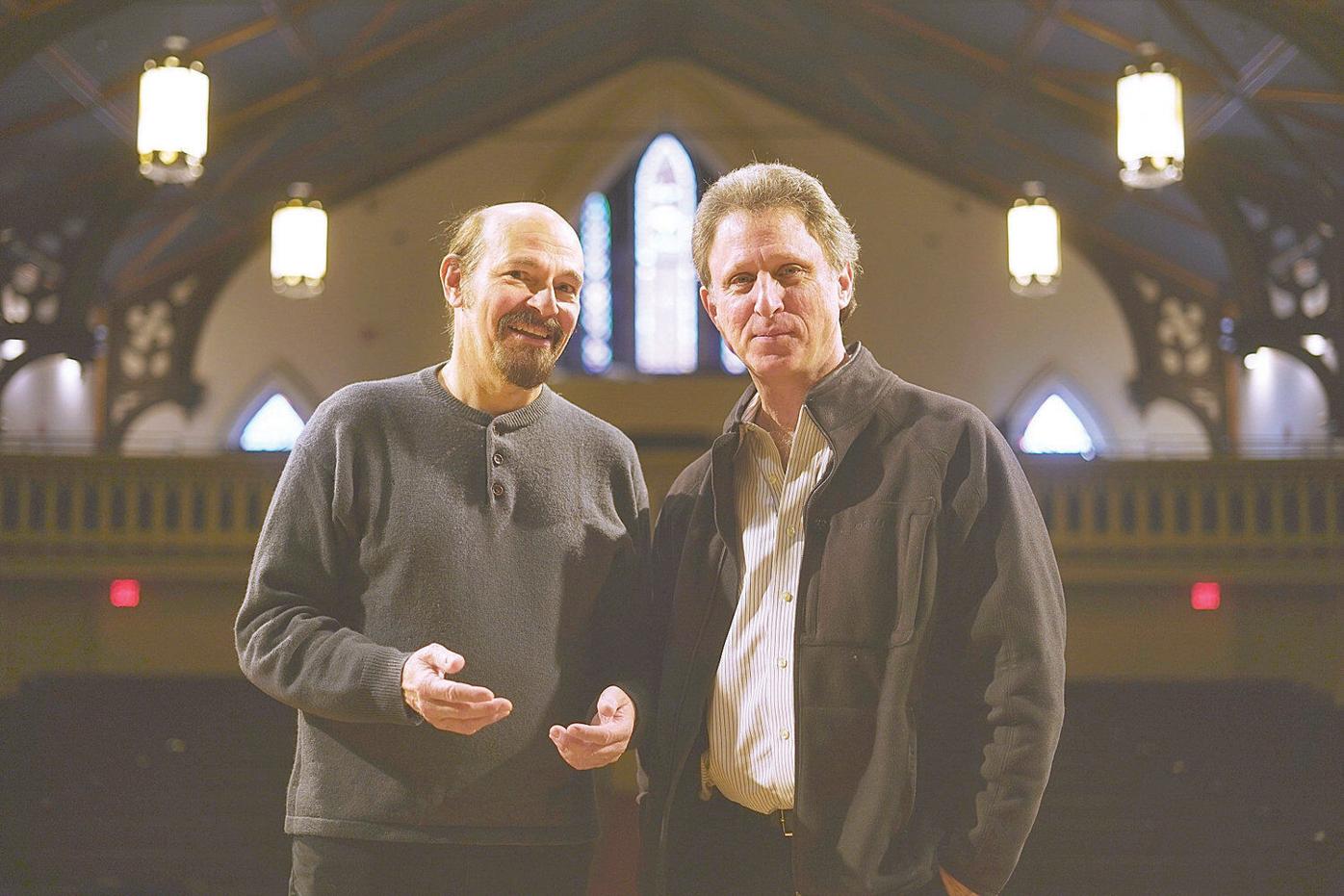 GREAT BARRINGTON — "Everything is quick. In a world of short plays, this is short."

Director Michael Brady offered this observation after listening to the cast of "Recess" run through Kara Emily Krantz's roughly 10-minute script for the first time together on Monday afternoon. Seated at a busy table on the St. James Place main stage, Brady was facing Gregory Boover and Emily Anne Strong. The two adult actors were reading the parts of children playing a game of house and, in the process, foreshadowing their future relationship to one another.

"This play is very sweet, very charming, but it also has an edge," Brady had said earlier.

"Recess" is one of six short plays that will receive a fully staged reading as part of Berkshire Playwrights Lab's annual Radius Playwrights Festival beginning at 7 p.m. Friday and continuing at 2 and 7 p.m. Saturday. Now in its third year, the festival at St. James Place accepts submissions from playwrights living within a 50-mile radius of Great Barrington. Though the chosen works are all about 10 minutes long, they still manage to squeeze in the necessary structural attributes of successful full-length plays, according to BPL co-artistic director Joe Cacaci.

"They have a beginning, a middle and an end, and a major dramatic question, and a climax, and a resolution," Cacaci said. " ... Just because they're small doesn't mean they don't have the same classic structure."

Playwrights often fail to include some of these elements in their shorter pieces, leading to easier decisions come evaluation time. The festival typically receives about 100 submissions, according to BPL co-artistic director Matthew Penn.

For Penn, the festival's strength is its diversity.

Anne Undeland's perspective is one that the festival is returning to this year. Submission evaluations are blind, but Undeland and Joe Starzyk have both had plays selected in back-to-back festivals.

Undeland's "Another Part of the Wood" examines age, the stage and friendship.

"It's about two actresses of a certain age (Kate and Judith, played by, respectively, Elizabeth Aspenlieder and Michelle Joyner) in the dressing room after a production of 'Antony and Cleopatra,'" Undeland said, sitting between Penn and Cacaci in a St. James Place office. "What the play looks at, in many ways, is: How can you be really great and old friends when you work in the theater?"

Undeland noted that there aren't many great stage roles for older women, a reality the play's characters encounter.

"How do you balance your love for your friend versus your love for theater and the art form and the limitations and human foibles that come up?" Undeland said. "I think what I aimed to do in this little piece was to give full expression to how outrageous and vulnerable those feelings can make a person."

Undeland has just made a tweak to the script with Cacaci, who is directing the reading.

The artistic director stressed that Undeland's scripts are polished; they're ready to be rehearsed.

In the future, the festival might be willing to tackle scripts that require more development than eight hours of rehearsals, Cacaci said, but for now, they need pieces actors can grasp quickly.

"As a new playwright, it's such a treat and a thrill to have a really professional reading of my work," Undeland said.

The playwright added that she values the opportunity to meet other local playwrights at the festival. First-timers include Northampton playwright Marty Bongfeldt, whose "Always" describes a meeting between two estranged lovers; Chatham, N.Y.'s Christopher Liberati-Conant, whose "Lena Levitates" explores the powers of the aforementioned mystical convenience storegoer; and Sturbridge resident Krantz.

Along with Undeland and Starzyk, James McLindon is a Radius returnee. Starzyk's "The Blind Date" is a comic look at what happens when a grandmother crashes an anonymous encounter. McLindon's "Pickers" focuses on two female employees of a retail warehouse.

"It's a struggle in an economy that seems to favor corporations rather than individuals," James Warwick said of the work's sentiment.

The director had just finished the first rehearsal of the short play's staged reading. A day prior, he had participated in a reading of "Caroline in Jersey" at Shakespeare & Company's annual Winter Studio Festival of Plays, which presents full-length works.

"There's something about theater, whether it's a reading of a full-length play or in a reading of a short, one-act, 10-minute play, there's no experience like it," Warwick said. "You can get completely caught up because, ... even given the fact that the material may be lightly touched in terms of rehearsal and exploration, good writing always wins."