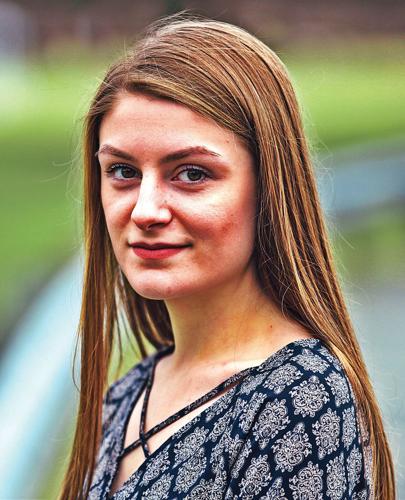 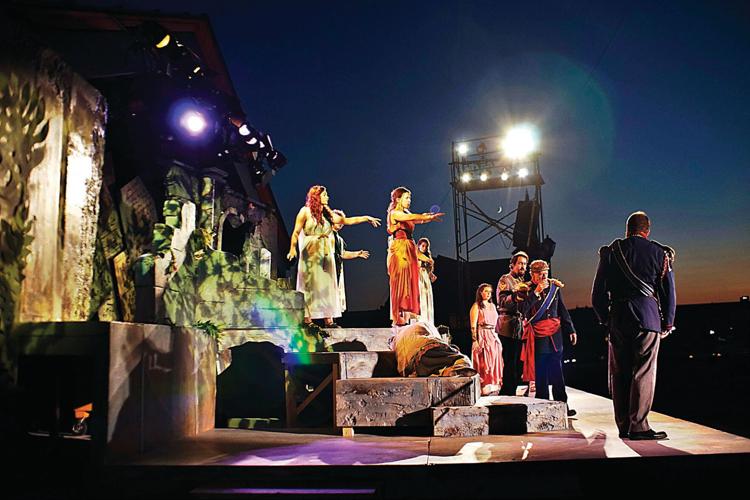 Under lights, Shakespeare's "The Tempest" unfolds at the Pittsfield Common in 2016. 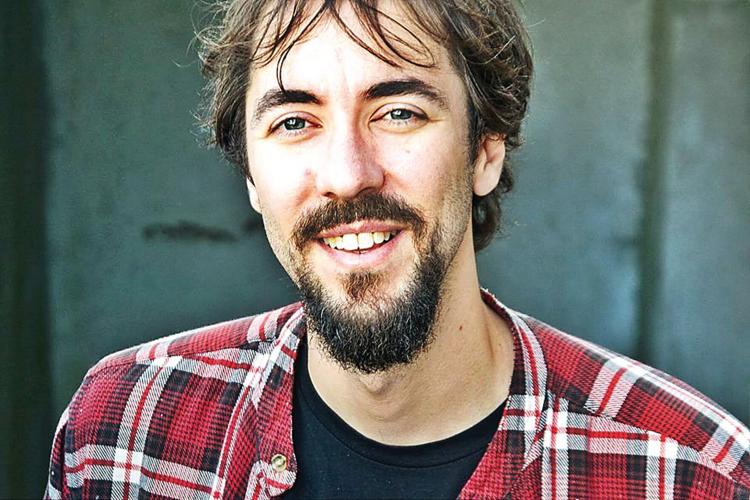 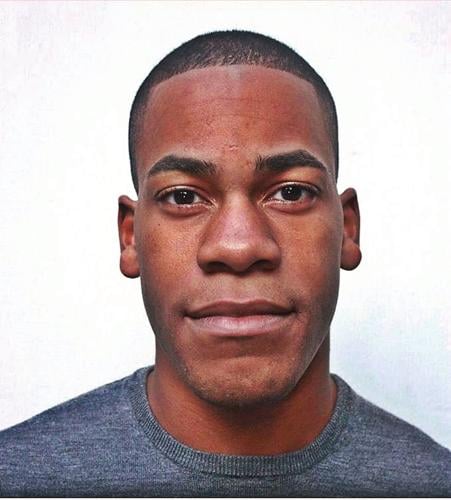 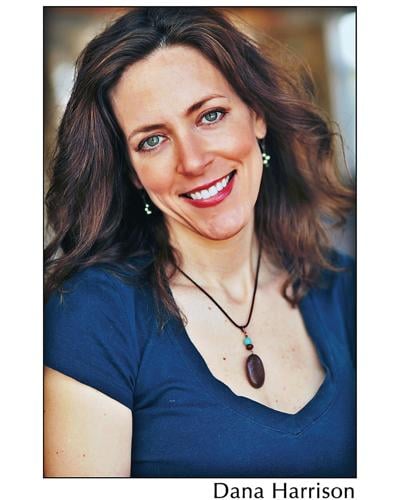 Under lights, Shakespeare's "The Tempest" unfolds at the Pittsfield Common in 2016.

PITTSFIELD — For 12 nights, "Twelfth Night"will entertain hundreds of outdoor theatergoers with live music and slapstick humor, courtesy of Pittsfield Shakespeare in the Park.

On Thursday, the community-based troupe debuts its fourth season during the city's Third Thursday celebration with one of William Shakespeare's most beloved comedies at The Common on First Street. Weather permitting, the curtain goes up at 8 p.m. Thursday through Sunday for the next three weeks, closing on Aug. 7.

The Bard's masterpiece comedy tells the tale of twins separated by a shipwreck, a countess surprised by her capacity for love, a servant reaching for greatness and mischievous pranks carried to the extreme.

Launched in the summer of 2014, Pittsfield Shakespeare in the Park stages fully-produced performances of Shakespearean plays under the city's downtown evening sky. More than 8,000 people have enjoyed its productions of "A Midsummer Night's Dream" (2014), "Romeo and Juliet" (2015), and "The Tempest" (2016).

Admission to the shows is free, courtesy of several area businesses, philanthropic foundations, the city and an Indiegogo online crowdfunding campaign.

The outdoor production is a collaboration between artistic director/founder, Enrico Spada and the Pittsfield Office of Cultural Development.

One of Spada's strengths is assembling local and regional actors with varying experience as Shakespearean actors.

Highlighting this year's cast are two newcomers and two veterans of Pittsfield Shakespeare in the Park, all devoted to a playwright whose 16th/17th century works remain relevant in the 21st century.

Past roles: Phoebe, "As You Like It,"Fabian, "Twelfth Night," performed in "King Lear," "Macbeth"

Why Malvolio: "It's one of the great clown roles in Shakespeare and it's a male role usually played by a male actor. He goes on this entire emotional roller coaster — afflicted by the disease of love. He goes from the height of euphoria to the depths of despair. It's great to just cut loose in this role."

Favorite Shakespeare play: "Twelfth Night." "It's the perfect play. It has several different stories that come together: love, misunderstanding, adventure, sword fights and shipwrecks. It's an incredible ensemble comedy."

Why you chose acting as a career: "I just could not do anything else. I majored in acting in college, studied in England and I also teach it. It makes me feel alive." [Harrison is an education artist with Shakespeare and Company in Lenox.]

What's special about Shakespearean acting: "The audience is another character; there was no fourth wall with Shakespeare. My character, Malvolio, gets to talk a lot to the audience."

Role: Viola, heroine and antagonist of the play

Why Viola: "I always wanted, as a student, to play a full character that is a female. Most of the huge roles are men. She takes control of her whole situation and makes the best of it."

Favorite Shakespeare play: "Twelfth Night." "In "Twelfth Night" you see all the pieces of the play come together. It doesn't sacrifice the wit of the characters. It's relevant, fun, exciting and the humor means something."

Why you chose acting as a career: "I'm extraordinarily lucky to live in an area to explore acting. Fall Festival sold me on the whole thing. This is an community with educational programs that are accessible to the youth."

What's special about Shakespearean acting: "It forces you to be specific, you can't fake it on stage. Amazingly, people think Shakespeare is complicated, but his themes are universal."

Why Duke Orsino: "He exemplifies my point of view of love — he loves love. I get to embody a confidence I don't usually have and I love playing royalty.

Why you chose acting as a career: "I always liked to performed as a kid. I would dance in front of students in elementary school. I did my first professional show with Berkshire Theatre Group and made money doing it. Until someone makes me stop, I'm going to keep acting."

What's special about Shakespearean acting: "You speak another language, so you have to understand what you're saying so the audience gets it. You can't know acting unless you've done Shakespeare."

Why Sir Andrew: "He's a very difficult character to play. He's a real interesting challenge because he doesn't have answers to problems he encounters on stage. He's a sweet character who always tries to pick a fight, but isn't very good at it."

Favorite Shakespeare play: "Always the one I'm working on. It's clich , but many actors will say that."

Why you chose acting as a career: "I found when I was acting, I wasn't depressed. Not just acting, but the whole process."

What's special about Shakespearean acting: "The depth of the text. There's deep and complex ideas even from minor characters whose lines can pack a lot of meaning."