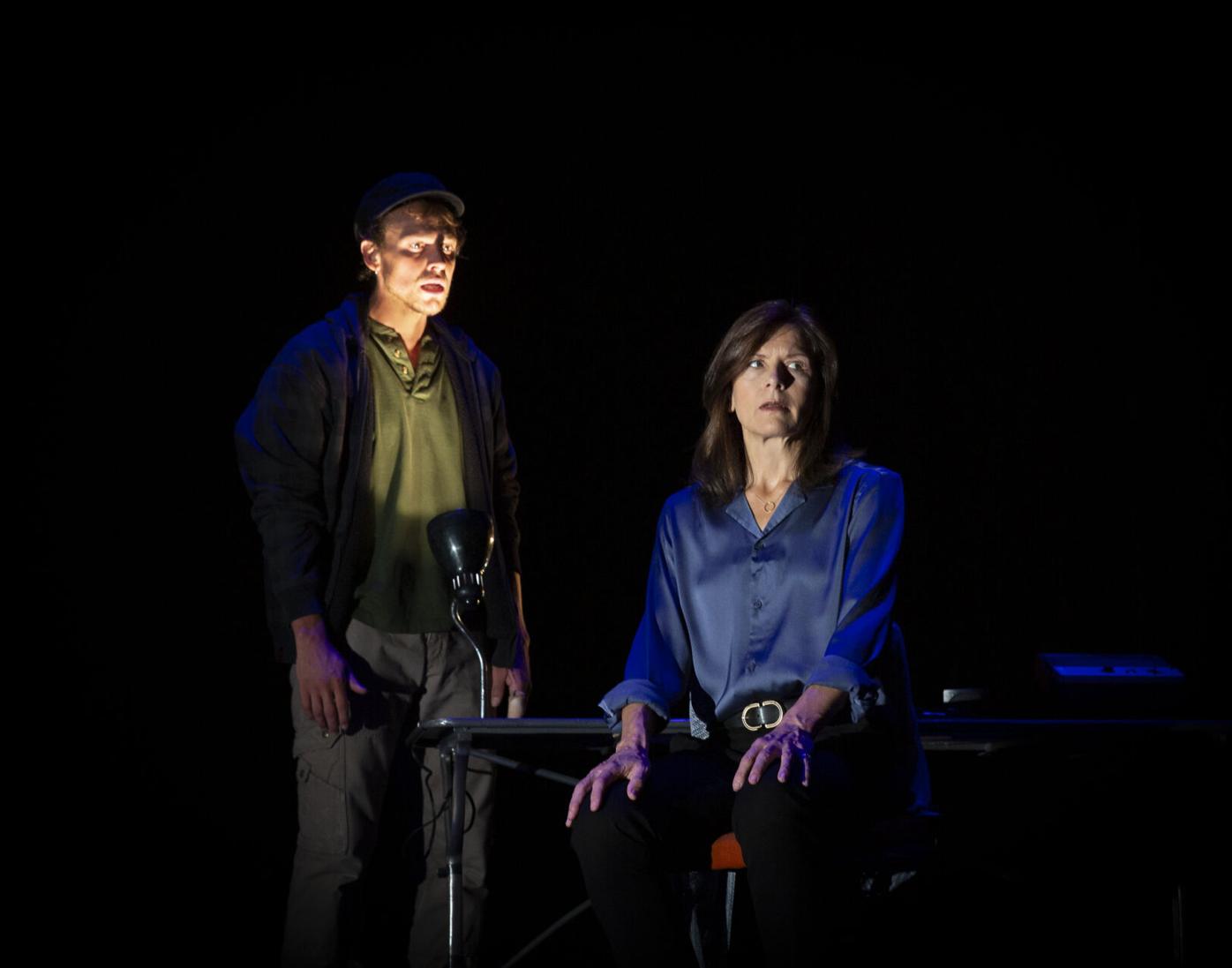 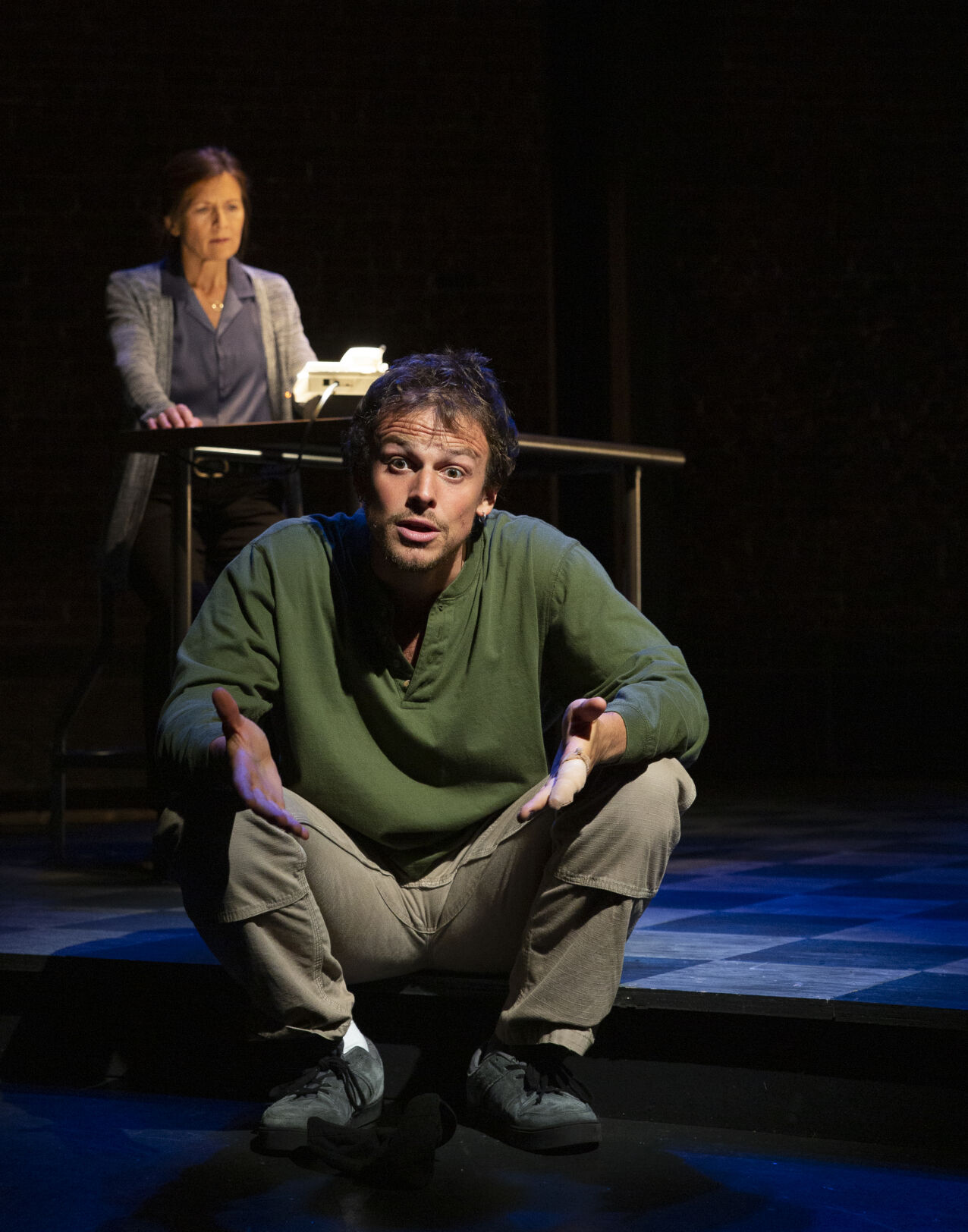 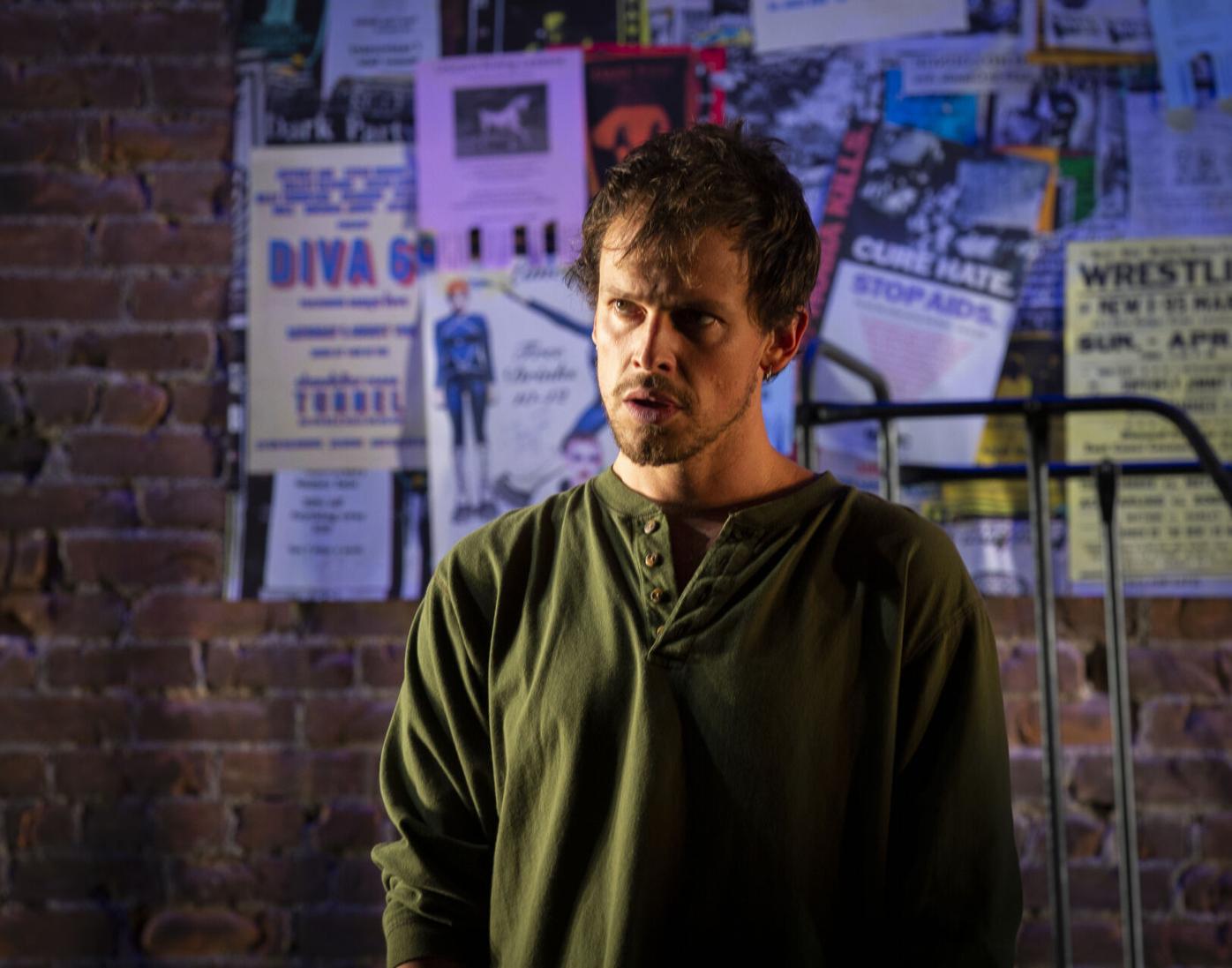 Christopher Sears plays Jack Flash, who calls in to the Sorry Line and confesses to a murder that he may or may not have committed. 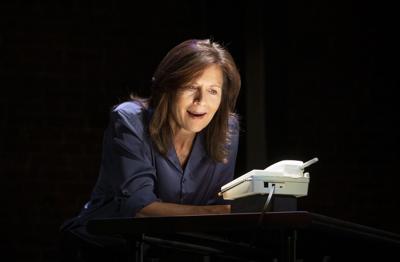 COVID-19 SAFETY PROTOCOL: All patrons must provide proof of vaccination or proof of a negative COVID-19 test (PCR test within 72 hours or an antigen test within 6 hours) and a form of identification.

PITTSFIELD — In a recent interview with The Berkshire Eagle, director Joe Calarco said that one of the reasons he was attracted to Alec Wilkinson’s new play, “Sister Sorry,” is its theatricality.

In Calarco’s hands and with the remarkably gifted Jennifer Van Dyck in the title, there is more than enough theatricality to go around at Barrington Stage Company’s Boyd-Quinson Stage, where Wilkinson’s two-character “theater work,” as he calls it, is being given a vigorously played, brilliantly staged world premiere. The question is whether, given all its theatrical accomplishment onstage from design to performance, it is all worth it; whether, like the true-life article Wilkinson penned for The New Yorker Magazine in 1993, “Sister Sorry” gives us people who are worth caring about? I’m not convinced that it does.

“Sister Sorry” is a narrative spun by a conceptual artist as she looks back from present day to a time in 1993 when she conceived the idea of creating a conceptual art work she called the Sorry Line. She set up a phone line in her loft apartment and invited people to call anonymously to apologize for or confess to any sins, wrongdoings, misdeeds, crimes they may have committed at any time in their lives. When she had enough, she played them back through a telephone installation she exhibited in a small New York gallery. Afterward, she shut the line down and then restarted it, this time giving callers the opportunity to either leave their own confessions or listen to the confessions of others or both. Needless to say, Sorry Line does not attract a sunny Disneyland crowd.

“I come to feel that a third of the calls are true, a third are not, and a third are a mixture of truth and fiction,” she says. “Someone making a confession is attempting to turn his or her life into a moral tale. A beginning, a middle, and an end. A confession becomes a story, and stories are what give our lives purpose and meaning, correct?”

She remains purposefully disengaged … “above it all,” she says. “Not superior, just not drawn into the fray,” until, that is, there is that one call, the “main event,” she labels it, from someone calling himself Jack Flash (played with near hyper-hysteria and intensity by Christopher Sears), who confesses to a brutal crime, a murder, that he may or may not have committed. Not only is Sister Sorry drawn into the fray, she plunges deep into a shadowy abyss in her psyche that is well beyond anything she could have imagined or dared recognize within herself.

Theirs is by no means an easy relationship, especially when Sister Sorry has good reason to believe that Jack’s confession may be false.

Sister Sorry’s safe haven, her territory, is her loft — a sizable platform center stage on which are two desk/tables with rolling chairs, two phones. Sears’ Jack races around the edges of the platform — rear, front, sides; eventually literally invading her space, pinning her, at one point, against one of her table/desks, her back to him as she talks to him on the phone. He would be in her face, literally, were she to turn and face him. All at once, the vast, open, exposed confines of Mikiko Suzuki MacAdams’ evocative set, becomes claustrophobic.

Wilkinson’s play poses a range of questions, not the least of them having to do with the nature of art; the relationship between the artist and the work they created. “As an artist I’m entitled to use the world and its thousand-and-one things any way I care to, any trespass is permissible in pursuit of art, right?” Sister Sorry asks rhetorically. “But, really, on reflection, what am I an artist of?”

“Sister Sorry” also is interested in what happens when an artist is consumed, taken over, by their creation; when a work of art becomes its own creation.

Also at issue in “Sister Sorry’ is the responsibility we hold for the choices we make in our lives; our responsibility for choices others around us make.

Wilkinson also explores the voyeur instinct within us; that impulse that allows us to look at a horrible car accident, for example, as we drive by, even if we don’t want to; that draws our interest to the seedier side of human interaction, our grudging attraction to the tabloid side of life in our culture; the tacit permission that is given that behavior.

In a performance that is as untidy as his character’s calculated disheveled appearance, Sears’ Jack Flash is an exercise in mounting hysteria that robs Jack of a don’t-look attraction.

On the other hand, as played by the never-less-than-astonishing Van Dyck, there is no lack of clarity, other than her own, in Sister Sorry’s obsessive pursuit of Jack; her fascination with him; her surrender to the power she has over her creation, in essence.

Right from a propulsive get-go that never lets go, Van Dyck’s Sister Sorry catches us with a series of astonishing confessions — backstory — that establish the wealth of contradictions that define Sister Sorry and which we accept at face value.

Van Dyck’s Sister Sorry is a supremely smart woman, clearly a loner, who walks the edge of the wild side until one day, with one phone call, she goes over the edge. Her struggle in the 30 years since has been to find her way back.

“I see this now, that there is a boundary in the psyche,” she says near the end of the play, “the mind, the unconscious, whatever you want to call it, that you can approach, but that it’s not safe to cross. You can never get all the way back. Even if it looks the same, it isn’t.”

PITTSFIELD — A conceptual artist’s unusual project takes an unusual and unexpected turn in “Sister Sorry,” a new play by Alec Wilkinson that i…