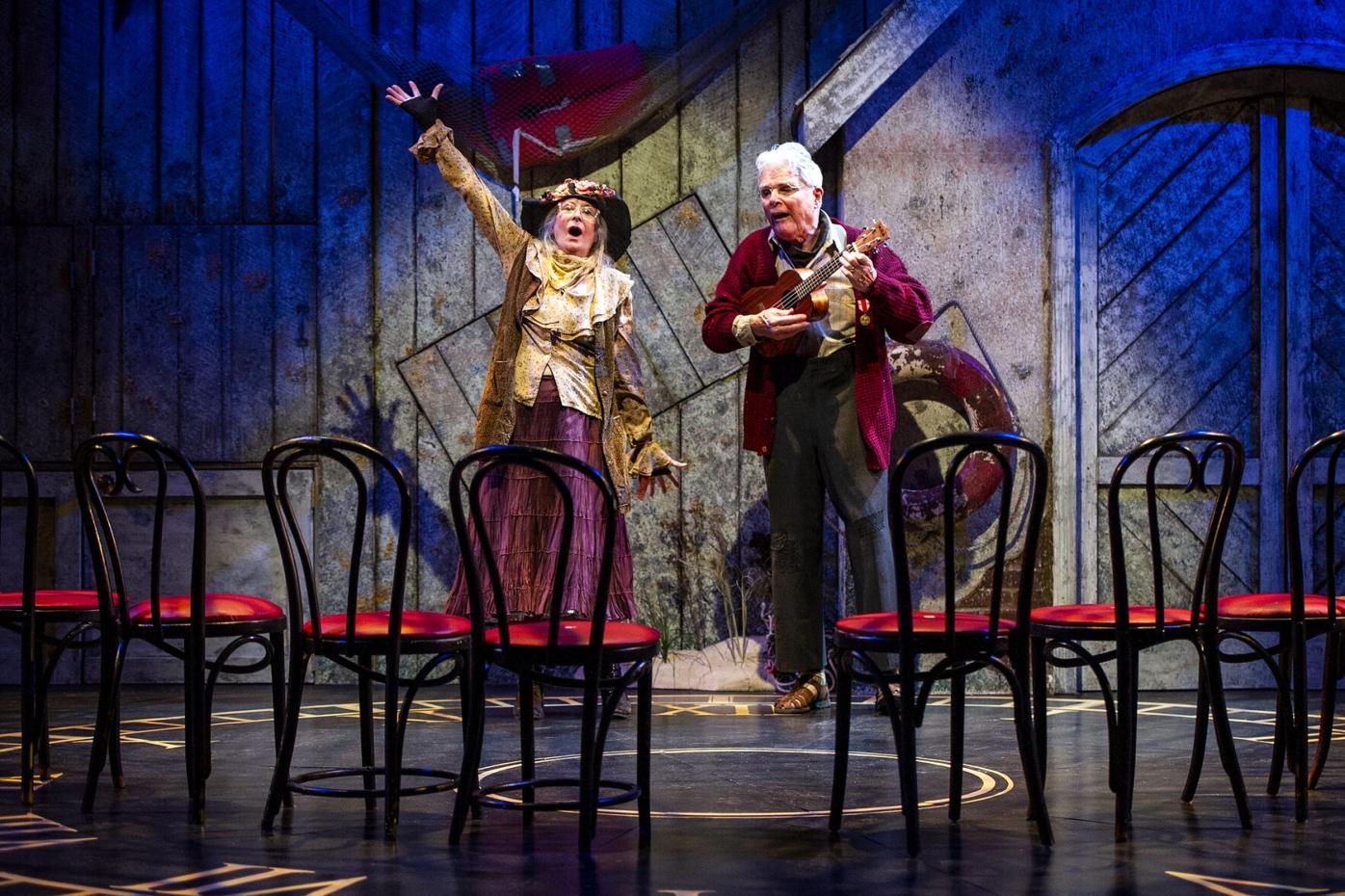 Barbara Simms and Malcom Ingram star in "The Chairs" at Shakespeare & Company. 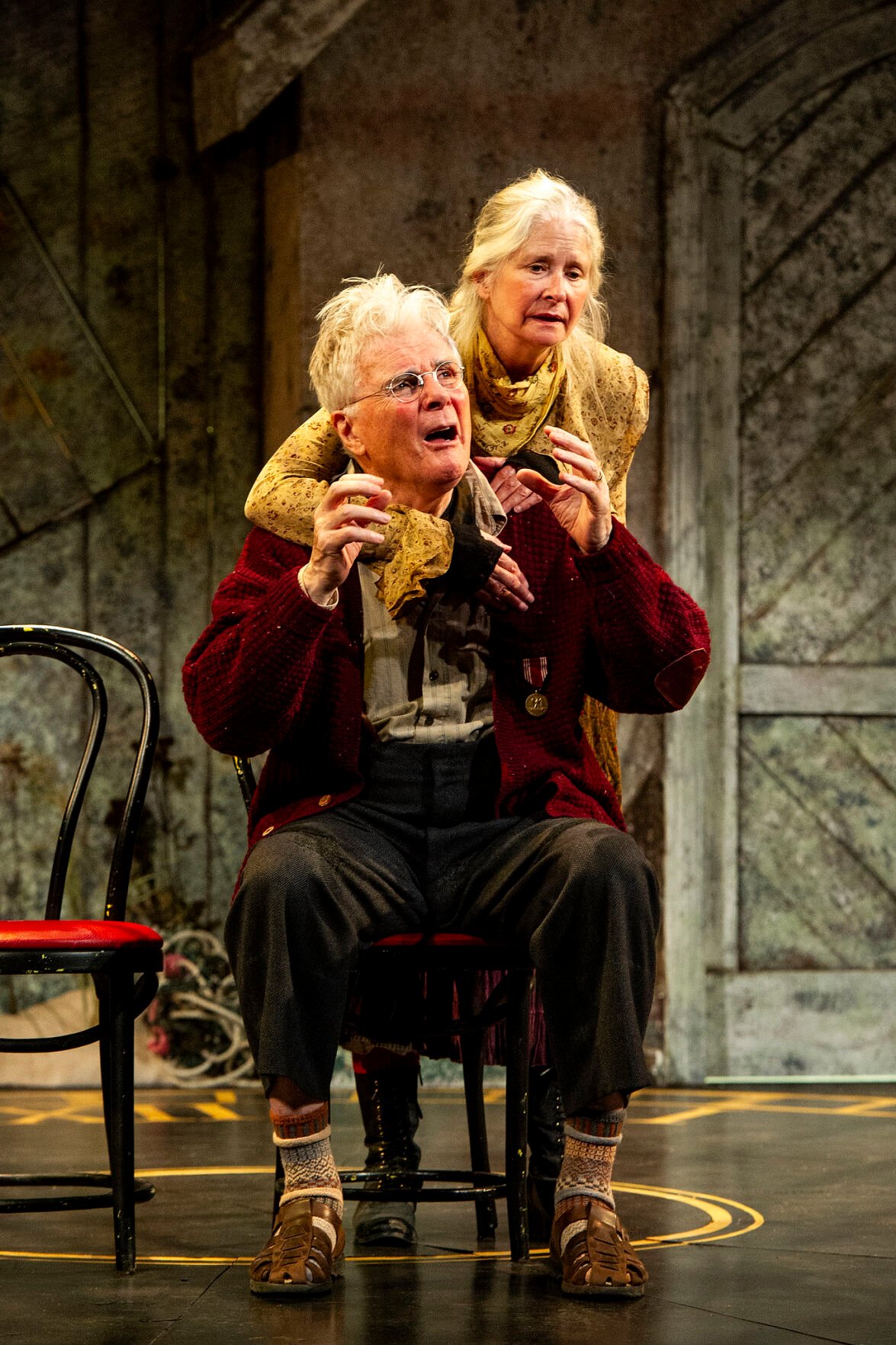 Barbara Sims and Malcolm Ingram in a scene from "The Chairs" at Shakespeare and Company.

LENOX — History certainly was in motion when Eugene Ionesco’s “The Chairs” premiered in 1952.

'The Chairs,' a classic absurdist comedy, is about nothing less than the human condition

Gamal Abdel Nasser engineered a coup in Egypt. Nelson Mandela was arrested in South Africa. Mother Teresa opened her home for the poor and dying in Calcutta.

What: “The Chairs” by Eugene Ionesco. Translated by Donald M. Allen. Directed by James Warwick

In the United States, Jonas Salk was one year away from announcing he had developed a polio vaccine while the number of polio cases in the U.S. rose to 58,000. A re-elected Wisconsin Republican U.S. Senator Joseph McCarthy was planning his investigation into so-called communist infiltration of the government’s departments and agencies. “Singin’ in the Rain” was released in movie theaters; “The Today Show” premiered on NBC and revolutionized morning television; Mr. Potato Head and Mad Magazine made their respective debuts; the Holiday Inn and Kentucky Fried Chicken chains and franchises were launched.

It was a time to laugh and to cry — at once.

Now, just about 70 years later, during a period of profound divisiveness and COVID-19 isolation, the timing couldn’t be better for a revival of “The Chairs,” says director James Warwick, whose fitful but determined production opened over the weekend in Shakespeare & Company’s Tina Packer Playhouse.

Warwick has set his production on the rocky promontory outside an isolated lighthouse inhabited by a nonagenarian couple, The Old Man (Malcolm Ingram) and The Old Woman (Barbara Sims), who have been married 74 years.

The Old Man is preparing to deliver a message, his philosophy, to the world.

“You’ve no right to keep your message from the world,” his supportive, encouraging wife says. “You must reveal it to mankind, they’re waiting for it … the universe waits only for you.”

He has invited everyone to come — “everybody who is a little intellectual and proprietary,” he says.

He also has hired an orator to deliver his speech on his behalf.

The guests begin arriving, people who are invisible to the audience but are clearly real and present to the couple who interact with their guests while, at the same time, ensuring they are made comfortable.

The guests’ arrivals are paced carefully, gradually gathering steam as The Old Man and his wife become caught in a frenzy of bringing out enough chairs to seat everyone. It’s as if we are plunged into “Alice in Wonderland’s” mad tea party, Ionesco-style.

Time is not on the couple’s side. A large clock face with Roman numerals, painted on the stage floor, is a steady, silent reminder of life cycles; of finality; of completion.

Time, events, memory crowd the mind of The Old Man. Truth is as likely to be fiction.

It all builds to the arrival of the orator — a real flesh-and-blood character in Ionesco’s play whom Warwick has transformed into a creation of spotlight and sound.

Ingram’s journey with The Old Man is labored and effortful in ways that go beyond The Old Man’s mental limitations, particularly in the production's first half. Ingram is more on his game roughly from midpoint to the play’s concluding apotheosis.

Sims is, by turns, delightful and affecting as a woman who is everything her husband needs her to be, especially in this last act of their lives.

“The Chairs” demands a great deal from its actors and, by consequence, its audiences. At this early stage of the run, it’s an accomplishment that these two veteran actors can get through Ionesco’s expertly constructed material. The dots, however, are not yet all connected. The palette is waiting to be filled out.